The coronavirus has been making headlines for some time now and has infected almost 100,000 people worldwide at the time of writing, causing nearly 3,000 depths. It has been responsible for a global stock exchange crash that has wiped around £3trillion off the value of global indices and many fear that this is just the beginning.

In comparison to public health, and peoples’ fears about their businesses and livelihoods, sport has to take a back seat but, aside from the huge impact sport has on many peoples’ lives, it is also intrinsically linked with thousands of jobs and the day to day lives of many around the world. We have already seen a number of sporting events impacted (the Chinese Grand Prix, Six Nations, Serie A football fixtures, cycling’s UAE Tour and the World Table Tennis Championships to name just a few) but there are many more huge sporting events under threat.

The summer is set to see the football European Championships played in 12 cities around the continent, plus the Olympic Games, which is being held in Japan, very close to some of the worst affected areas. But before all that, two of UK National Hunt’s biggest events are scheduled to take place: The Cheltenham Festival (10-13 March) and the Grand National (4 April). We won’t get ahead of ourselves just yet and consider Aintree’s biggest day but how might the coronavirus impact this year’s Cheltenham Festival?

Will the Cheltenham Festival Go Ahead in 2020?

At this stage the simple answer is we don’t know and the situation is changing daily, or even hourly. Bookies never being ones to miss out on any new market, the Betfair Exchange (and other sites) have already added a specials market to their offering and at the time of writing (and the odds will move as fast as the situation) the market is cautiously optimistic. The current odds in the “Will Racing Go Ahead? Cheltenham 10th March 2020” are as follows:

The full rules for such markets will vary from site to site and you should check these before placing any bets. With Betfair, at least one of the normal scheduled races must go ahead at Cheltenham on the 10th as per original plans.

Essentially those odds mean that the market thinks there is around a 65% chance of Cheltenham, or at least one race on the first day, escaping unscathed. Now these odds may be affected by people hedging their bets. Bookies, local business owners, racehorse owners and just about anyone who is involved in the Festival financially might think it makes sense to bet on the Festival not taking place in order to reduce their losses if the worst occurs. That would force the odds on the “No” wager artificially low, but leaving the odds aside, what does the current information suggest?

First of all, a disclaimer: we are not making any predictions and not suggesting anyone takes any particular course of action. We are not risk assessors, nor health experts, nor party to the emergency COBRA (which rather unexcitingly and slightly misleadingly just stands for Cabinet Office Briefing Rooms) talks about the unfolding crisis. However, based on our assessment of the publically available knowledge we have to say the Festival has a huge cloud hanging over it.

What Is the Official Line?

As with everything in this piece, we can only go on the information we have at the time which could very easily have changed by the time you read this. However, for now at least, the 2020 Cheltenham Festival is scheduled to go ahead as normal.

Various parties, including the government (at various levels including the Department of Health and Social Care, and the National Health Service), the British Horseracing Authority (BHA) and Cheltenham Racecourse are monitoring the situation very closely and communicating with each other.

On the 26th February Nick Rust, the chief executive of the BHA said:

“We have an industry group in place that has been and continues to work on the potential impact of Coronavirus on the horse racing industry as a whole. The BHS executive met with the team at Cheltenham Racecourse on Monday morning (February, 24) to discuss final plans for the Festival, and the Coronavirus was discussed at the meeting. In terms of potential ramifications for the Festival, any decision that impacts on it taking place will not be a decision that racing makes, but rather the Government. In the event that the Cheltenham Festival was postponed, either in its entirety or in part for any reason, there are contingencies already in place to re-stage it later in the season.”

The racecourse said broadly what we have said, that for now it is business as usual but things could very easily change:

“It remains a full speed ahead for The Festival in a fortnight’s time. Racing continues to liaise closely with government to stay on top of the situation and we are looking forward to four fantastic days of racing at Cheltenham.”

Unfortunately right now we cannot know what will happen but the odds on the Festival not going ahead have been shortening quickly over the past 48 hours. Initially the market rated a cancellation or postponement as having a probability of around 15% but that did go as high as 41% at one stage.

Today (28th February) it was announced that two more patients had tested positive for Covid-19 (that is the new official name for the coronavirus disease, with the virus that actually causes it going by the catchy moniker of severe acute respiratory syndrome coronavirus 2, or SARS-CoV-2 to its friends). If the disease continues to spread, as seems almost inevitable, it seems more and more likely that the Festival will have to be rescheduled, at best. If, for example, some form of minor outbreak sprang up anywhere in the surrounding area, it seems inconceivable that the government would allow around 100,000 to flood into the area.

Organisers have said that “contingencies (are) already in place to re-stage it later in the season” and that would seem the most likely course of action. It could not be held anywhere else as, in the event that Cheltenham was deemed unsuitable it is most likely that viable alternative hosts would be as well. Equally it is unlikely that an event that relies so heavily on betting could be held behind closed doors, even if that was possible or desirable.

Has the Festival Been Cancelled Before?

You don’t need the longest of memories to be aware that there is something of a precedent when it comes to cancelling the Festival. The 2001 edition of National Hunt’s most glorious meeting was cancelled due to the foot-and-mouth crisis that hit the UK that year. The racecourse initially rescheduled the meeting from March to April but then the later date had to be abandoned too after a new outbreak meant the course fell within the exclusion zone.

There are a range of differences and equally many similarities between what happened then and what might happen now. In 2001 the decision to cancel the meetings were taken well in advance, which does potentially augur well given the current official line is “business as usual”. However, the biggest issue is that containing Covid-19 is proving an incredibly difficult task and, moreover, human lives are at risk.

The Festival has also been troubled many times by the weather and the extremely wet winter hasn’t helped things in that regards this year, although the course should not have any issues from that point of view in March. Just last year the Festival was under threat due to the extremely scary sounding (not!) Storm Gareth, with doubts over Ladies’ Day in particular. Thankfully that meeting was largely untroubled but there is no doubt that if necessary the Festival can and will be cancelled. Ultimately, as the BHA themselves said, the decision will lie not with them or the course, but with the government.

What Events Have Been Cancelled Because of Coronavirus? 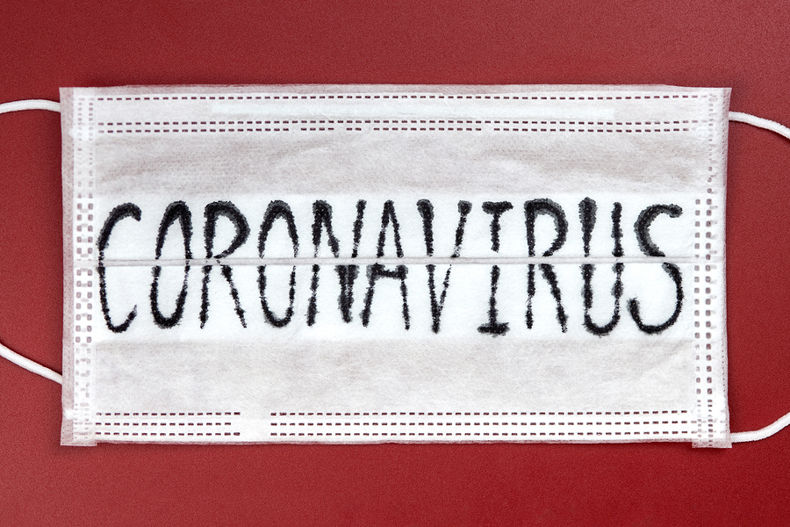 As said, there have already been a number of big sporting events that have been cancelled, postponed, rearranged or curtailed due to the coronavirus. Below is a timeline of affected events, with the usual “correct at time of writing” disclaimer. Illustrating just why we keep reiterating this is that during writing this article (this paragraph in fact!) we have just seen the sad report that a man on board the Diamond Princess cruise ship has become the first Brit to die of the disease.

Once again that rather puts sport into perspective but to give you some idea of the scale of the impact this outbreak has had, here are the affected events thus far:

Whilst many of these events are not major ones in the scheme of global sport, the volume of them shows what huge disruption has been caused to the sporting calendar. With no end in sight we are sure to see lots more issues and many of the “postponed” events above may end up having to be cancelled altogether or delayed once again.

Fingers crossed the Cheltenham Festival will go ahead and we’ll update this post as and when we hear more.