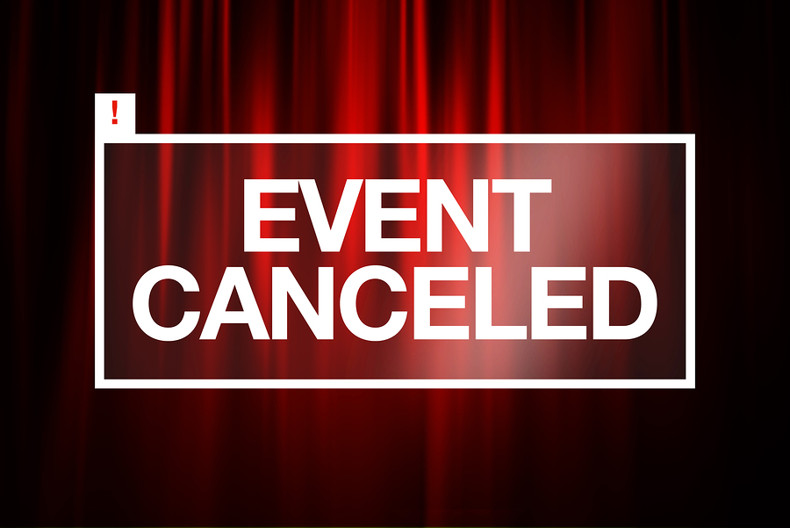 Racing fans who are not mere whipper snappers will of course know the answer straight away given that the Cheltenham Festival was cancelled in its entirety as recently as 2001 due to the foot and mouth crisis. As we shall see though, it isn’t just diseases of animal origin that have threatened the Festival over the years; the good old British weather has played its part, with wind, rain, frost and snow all forcing cancellations of at least part of the event in the past. There were of course a couple of World Wars that rather got in the way too, impacting the NH fiesta in much the same way they did so many other big sporting events.

Here we go through the various situations that caused some or all the races at the Cheltenham Festival to be abandoned. We’ll start with 2019… the Festival that almost got cancelled.

2019: Gareth Is A Storm In A Teacup – Almost Cancelled

With the double threats of Storm Gareth (perhaps the least scary-sounding storm ever!) and an equine flu outbreak looking like they might combine to destroy the chances of the 2019 Cheltenham Festival going ahead, in the end it all blew over just in time.

In the end it was the equine flu outbreaks in Ireland and France rather than the storm that looked the more likely factor to put paid to the Festival. The stables of Donald McCain and Simon Crisford identified cases of the flu, as did a yard in Lamorlaye, France and a total of 174 stables were put on effective quarantine during February as racing was ceased for six days in an attempt to stifle the contagion.

While the health of the horses set to compete at Cheltenham was taken into account, the British Horseracing Authority (BHA) eventually came to the conclusion that the risk of widespread infection was small enough to justify the Cheltenham Festival going ahead as planned.

As for Storm Gareth, he was more bluster than substance, and though it was windier than usual at the Festival, racing went ahead without any real disruption.

Storms had more of an impact on the Festival 11 years earlier however. In 2008 strong winds led to the cancellation of the second day of the Festival. Thankfully there was enough room in the schedule to run the cancelled races on the final two days of the event, meaning two bumper days of racing for those in attendance on Thursday and Friday.

Things were no sot easy to rearrange in 2001 when the foot-and-mouth crisis first led to the rescheduling of the entire Festival to April, then forced it to be cancelled completely. For those worried about the 2020 event, in the balance at the time of writing, this may provide something of a worrying precedent, although the two issues are very different.

The foot-and-mouth crisis began when the first case was identified at an abattoir in Essex on 19th February 2001 and the disease was traced back to a farm in Northumberland… apparently after feeding untreated waste to pigs and then failing to inform the authorities of a “notifiable disease”.

Suffice to say, the disease spread rapidly and led to the mass culling of animals, a ban on the sale of pigs, sheep and cattle and even the cessation of transportation of livestock. Given that Prestbury Park fell within what was deemed a foot-and-mouth exclusion zone (a farm with a case of foot-and-mouth was located just five miles from the race course), the BHA had no choice but to succumb to the Ministry of Agriculture, Fisheries and Foods’ request to first postpone and then cancel completely the 2001 Festival.

Note that some of the races did take place in a way: races of a similar nature and distance to some of the main Championship races were run at Sandown on the 27th and 28th April 2001, albeit with different names.

Snow caused a reduced programme of races in 1978, and though the main races got the go ahead, the Fulke Walwyn Kim Muir Challenge Cup and the Festival Trophy Handicap Chase were amongst those to be cancelled.

A number of races were taken off the card at the 1975 Cheltenham Festival due to waterlogging after torrential rain. The Championship races and many of the other bigger contests went ahead, but the likes of the National Hunt Chase and the Grand Annual (the oldest race at the Festival) were not so lucky.

1955: Snow And Frost Fears For Festival

Jack Frost came to Cheltenham in 1955 and, despite fears the whole Festival might have to be abandoned, the result was in fact just a reduction in the number of races run. The County Handicap Hurdle, the Foxhunter Chase and the Grand Annual were the main races to be hit.

1949: Snow And Frost Put The Freeze On Some Races

The weather was the cause of the abandonment of a number of races at the 1949 Cheltenham Festival, with the Grand Annual, the Foxhunter Chase and the County Handicap Hurdle again being among the casualties.

1947: Snow And Frost Cause Postponements And Cancellations

In a country still attempting to recover from the hardships of World War II, the last thing Britain needed was one of the harshest winters for years. With all sorts of disruptions caused by snowdrifts, severe frost and the cold, including to transport, power and even radio and television broadcasts, it came as no surprise that horse racing also faced problems.

Luckily things had started to improve as March rolled around so only a handful of races at the 1947 Cheltenham Festival were ultimately affected. The RSA Chase (then known as the Broadway Novices’ Chase) and the Stayers’ Hurdle were among those races to be abandoned.

Few things get in the way of sport more than a global military conflict. And though the UK government was keen to keep spirits up by maintaining some normality in relation to sporting events, it became apparent that attempting to put on the Cheltenham Festival at the height of the war was just not a good idea.

The Festival, and a large chunk of racing more generally, managed to keep going almost as normal in the early years of WWII, and though the Grand National was not run from 1941 to 1945 (as Aintree was being used as a prisoner of war camp!), the Cheltenham Festival failed to get the go ahead for only two years: 1943 and 1944.

1937: Flooding – The Only Thing To Stop Golden Miller?

A rather mundane reason – the rain! – caused the abandonment of a number of races for the 1937 Cheltenham Festival. The Stayers’ Hurdle was removed from the card, and so too was the main feature, the Cheltenham Gold Cup. The race had been won by the inimitable Golden Miller in each of the five years prior to 1937, and the formidable horse, a true, all-time great of racing might well have made it six had flooding not go in the way.

Frost was the issue back in 1931 when the Gold Cup and the Stayers’ Hurdle were again cut from what became a much-reduced programme of races at the Cheltenham Festival. The Champion Hurdle was also forfeited, a race that was won by a horse named Insurance in each of the following two years (and we sure hope the course owners had their insurance in place in 1931!).

The First World War caused major disruption to all aspects of life in Britain and horse racing was not exempt. The military authorities requisitioned the racecourse at Cheltenham and it was used as a Voluntary Aid Detachment. From when it opened in October 1914 to its closure in February 1919 over 3,000 patients were treated there. Normal service resumed at Cheltenham in 1920.

Thankfully Cancellations Are Few And Far Between

Even the notoriously troublesome British weather has only managed to provide partial cancellations, and even then races were often able to be rescheduled. In short, the Cheltenham Festival is a robust event that is able to adapt to many eventualities, so fingers crossed WWIII doesn’t happen any time soon and the racing continues!