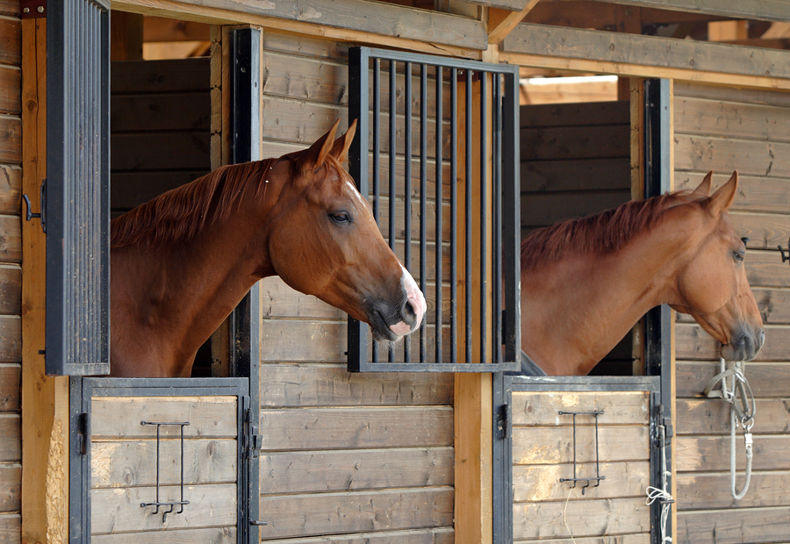 When it comes to horse racing the trainers play a huge part in the success a horse might have. As with most things in life, success is a team effort and the owners, jockey and stables staff all play a huge part in whatever wins any animal might enjoy but in many ways the trainer is like the manager of a football team, the individual at the top of the tree.

There are many brilliant trainers around today but here we focus in particular on those training jumps horses (both chase and hurdles) and those in the UK. We will be considering greats both past and present and we are also being somewhat flexible with our approach to “in the UK”, as we are also including Irish trainers and those based in Ireland, assuming they regularly send horses to these shores.

As something of a starting point, let us look at who has been crowned British jump racing Champion Trainer since 1946. Note that we won’t be covering everyone on this list of greats, whilst some who are Irish-based we will mention despite the fact they didn’t quite saddle enough horses on this side of the Irish Sea to land this coveted prize.

Want the full data in chronological order? See this table at the end of the article.

Okay, now we know who makes the conversation, here, in no particular order, are some of the best National Hunt trainers in the game.

Given his record 15 Champion Trainer titles we simply have to put Martin Pipe first on this “no particular order” list! Pipe, who was awarded a CBE at the end of the 20th century, was crowned Champion Trainer an incredible 10 times in a row, starting with the 1995-96 NH campaign. Indeed, only David Nicholson’s wins in 1994 and 1995 stopped the West Country legend from winning all 15 titles in consecutive years.

Pipe was born in 1945 and retired in 2006 after more than 30 years training some of the best National Hunt horses ever. His father was a bookmaker and he had been a decent amateur jockey before turning his hand to training. He was far from an overnight success and he would have a decade and a half of mixed results before everything really clicked into place.

A Racing Post feature on his achievements (and those of his lead jockey Peter Scudamore) stated that, “Many trainers have copied the methods of Martin Pipe in recent decades and several jockeys have superseded the numerical achievements of Peter Scudamore, but none can claim to have cut such a swathe through racing’s centuries-old idyll as the pair who arrived like an act of God in the closing years of the 1980s.”

That’s quite a tribute and, of course, imitation is the sincerest form of flattery. With similarities to Moneyball and modern approaches to scouting and training in football, Pipe moved from what the Racing Post called “the horseman’s eye and the instinctive approach” to a more scientific, data-driven methodology. He introduced new training methods which are now de rigueur and despite adopting a more technical way of getting the best out of a horse still had a marvellous eye for what the animal needed.

He landed more than 200 winners in eight separate seasons at a time when the campaigns lasted 10 months and not 12. He trained more than 4,000 European winners, won the Grand National (with Miinnehoma in 1994), saddled 34 Cheltenham Festival winners (including two Champion Hurdles), and even trained more than 250 winners on the flat.

Comparing across eras is difficult but how can you argue with 15 Champion Trainer titles?

Another name from the annuls of history that we have to consider is Fred Winter, who landed eight Champion Trainer crowns. Like Pipe, Winter has a race at the Cheltenham Festival named in his honour and, again like Pipe, in many ways he revolutionised the game.

Winter was a fine jockey and remains the only man to win the Gold Cup, Grand National and Champion Hurdle as both rider and trainer. He has four Champion Jockey titles to go with his awards as a handler and though he died in 2004 he has certainly not been forgotten by racing aficionados.

Winter, once again, like Pipe a CBE, was born in 1926 and based his training career in Lambourn, perhaps now best associated with Nicky Henderson (see below). He has done the jockey/trainer double in so many big races but as a handler his biggest successes were:

Just to prove this list really is in no particular order, we’ll now move on to a man who made his name in Ireland. Willie Mullins is known as the Master of Closutton, Closutton being the townland in County Carlow where his operation is based. Closutton, like Goresbridge where he was born (in 1956), is in Ireland but how could we not include him on this list?

Whilst the vast majority of his wins have come over on the Emerald Isle, including almost 400 at Punchestown alone, he has landed countless big wins in the UK. Mullins, known for his long association with top jockeys such as Ruby Walsh and Paul Townend, has sent horses to Cheltenham more than 600 times, scooping in excess of £5m in prize money for his employers.

Indeed, prior to the 2020 Cheltenham Festival it is the County Carlow man who is the most successful trainer in the entire history of the Festival. His 61 wins see him currently a nose ahead of Nicky Henderson (of which more later) and given the Festival is UK National Hunt’s mecca, we fully believe Mullins deserves to be mentioned in this piece.

Mullins was the amateur champion jockey in Ireland six times but it is as a trainer that he has really made his name. 10 Irish Gold Cups is a record that may never be beaten, whilst he boasts the same insane number of wins in the Morgiana Hurdle. Those are both Irish races but he trained Hedgehunter to victory in the 2005 Grand National, took the 2019 Cheltenham Gold Cup with Al Boum Photo, boasts four victories in the Champion Hurdle and two more in the Stayers’ Hurdle and boasts an incredible nine wins in each of the Mares’ Hurdle and the Champion Bumper.

Nicky Henderson boasts 60 Cheltenham Festival wins at the time of writing but being a little older than his great Irish rival he may have to accept defeat in the battle to be Cheltenham’s number one. However, being based in Lambourn and primarily sending horses out in the UK, he is well ahead of Mullins in terms of wins in the United Kingdom and passed the 3,000 mark in July 2018.

He began his training career in 1978 having been an assistant for Fred Winter (see above) and his list of big wins is formidable. He was first crowned the British Champion Trainer in 1985-86, defending his crown the following year. He had to wait until 2012-13 to claim a third title and two more, in 2016-17 and 2017-18, took his tally to five.

Many racing fans who have only come to the sport in the last decade or so may consider Paul Nicholls to be the greatest NH trainer of them all. The Somerset-based, Gloucestershire-born handler was crowned Champion Trainer in 11 of the last 14 seasons (up to and including 2018-2019), with only Henderson stopping him in that period.

Aged 57 years of age, there is a slim chance the former jockey (he won two Hennessy Gold Cups in the saddle) may yet match or even surpass Pipe, but for now let us just look at what he has already achieved. Perhaps the most startling stat on his CV concerns the King George. He has saddled the winner in that much-loved Grade 1 race on Boxing Day an incredible 11 times. The legendary and hugely popular Kauto Star, probably Nicholls’ favourite horse ever, accounts for five of those. Here are details of all 11…

No other trainer can get near that stunning tally and Nicholls has also trained four Cheltenham Gold Cup winners, four Champion Chase victors, four World Hurdles, a Champion Hurdler, won the Betfair Chase six times, the Tingle Creek on eight occasions and took the 2012 Grand National with 33/1 shot Neptune Collonges. We could go on and on, because his roll of honour in the big contests is, perhaps, second to none.

He can “only” boast 43 Cheltenham Festival wins but they have come in a relatively short period (14 years fewer than Henderson has enjoyed) and, as shown above, include most of the very biggest races on more than one occasion. A popular, open and likeable trainer, many fans and certainly punters who have backed his charges will be wishing him much more success in the years to come.

By far the youngest man we can consider as one of National Hunt training’s greats, Gordon Elliott, like Willie Mullins, is based and was born in Ireland. How could we exclude a man who trained the Grand National winner at the age of just 29 and has added two more wins (both with Tiger Roll who may yet complete the hat-trick in 2020) whilst barely 40?

That win in the 2007 Grand National actually came before he had saddled a winner on home soil and he has enjoyed further English success at the Cheltenham Festival. Elliot saddled eight horses to Festival success in 2018 alone but had his biggest win there in 2016 when Don Cossack took the Gold Cup.

At this stage in his career the training world is his for the taking and we suspect there will be many, many more big English races to come for the County Meath-based legend-in-the-making.

Having mentioned a three-time Grand National winner at the start of his career it would be remiss not to mention a four-time victor. Donald “Ginger” McCain is no longer with us, having died in 2011, but his training feats will never be forgotten.

McCain may have had an easy job with one of the greatest NH horses ever in Red Rum but even so, he was the man behind the scenes for all three of that legendary horse’s wins over Aintree’s unique National fences. 30 years after his first win with Red Rum, McCain trained Amberleigh House to success in the 2004 Grand National.

Nobody has trained more winners of the world’s most famous steeplechase and his son, Donald Jr, brought more glory to the family with Ballabriggs in the 2011 edition of the race. Ginger’s feats are commemorated with a bronze statue in site of the winning post at Aintree, a fitting tribute to a great National Hunt trainer.