Following an emergency meeting between Premier League clubs it has been announced that the season will be declared null and void and Liverpool will not be crowned 2019-20 Premier League champions. Just kidding Liverpool fans!

On Thursday 19th March 2020 various football bodies and club representatives did engage in a video conference but the outcome was far more palatable for Reds fans. Whilst there was nothing decided that is exactly set in stone, beyond extending the postponement of all football from the start of April until the 30th April (at the very earliest), the general consensus was that all efforts should be made to complete the current season.

This meeting was more or less a brain-storming session, with the various interested parties involved discussing their thoughts and ideas. How the 2019-20 season plays out is, like the issue of Covid-19 itself, full of unknowns and complicating factors. The clubs are thought to have discussed various options and what the implications of each would be.

Whatever happens now there are things to deliberate on and depending what course of action the clubs take there are legal, financial, ethical and timetabling problems to overcome. The clubs themselves, plus the TV companies, governing bodies, players and of course the fans, are all parties to consider and some have conflicting interests.

Following Thursday’s meeting the FA, Premier League and EFL essentially reiterated the views of a meeting between Championship clubs earlier in the week. They said there was “a commitment to finding ways of resuming the 2019-20 season” and playing all domestic and European fixtures “as soon as it is safe and possible to do so”.

On Tuesday Euro 2020 was postponed until 2021 and this gives club sides a much bigger window in which to complete the current campaign. The Euros were scheduled to start on the 12th June but now the Premier League, La Liga and other divisions across the continent can continue their campaigns throughout the summer if needed.

The will to complete the season is clearly there then, but we knew that already really. The big question is, is there a way for that to happen? In addition, if there isn’t, what are the other options and might Liverpool be denied their moment of glory after all?

Could The 2019-2020 Premier League Season Be Declared Null And Void? 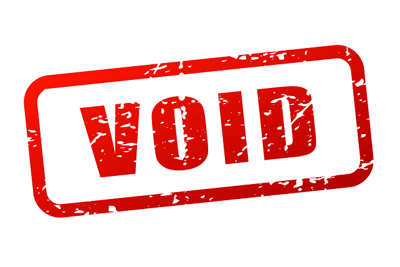 Let’s be honest, when it comes to the coronavirus, nobody really knows what is going to happen! You can buy as much toilet roll as you like and strip the supermarket shelves of tinned beans and UHT milk, but ultimately we all just have to wait and see. And that applies to Liverpool fans (and indeed the fans of lots of other clubs with much still to play for this season).

But there can be no denying that the season being declared null and void remains a possibility at this stage. Much as the clubs want to see a natural, just conclusion to the 2019-20 campaign, it might simply not be possible. As said, quite how the pandemic is going to play out is a major unknown. Whilst the postponement of the Euros has given clubs much longer to prepare for and complete fixtures, if the situation with the pandemic got really bad it might just not be possible, or at least practical, to complete the season.

There has been talk of delaying the next season for as long as is necessary and even changing the dates to make things easier for the 2022 World Cup in Qatar, which is scheduled to take place in November and December. In theory the remaining games could be played behind closed doors but if all teams and squads were being affected by coronavirus that might not be feasible, for instance if players or coaching staff are having to self-isolate or are ill due to the virus.

Moreover, clubs are said to want to avoid games without crowds and are also concerned about the integrity of the competition if games are played when players have not trained properly, or even together.

Declaring the whole campaign null and void would be hugely unfair on just about everyone, although no doubt fans of Liverpool’s rivals and sides in relegation trouble would secretly (or perhaps not to secretly!) be delighted. It would also create a major problem in relation to TV commitments, with the stations sure to demand money back from clubs, and fans equally likely to want money back from broadcasters. It would also, surely, lead to huge legal challenges from Liverpool, as well as the many other clubs who feel they have been denied the chance to earn promotion having worked so hard for so long.

My point was safety of fans, players, staff come 1st & if the remaining games just cannot be played the only fair & reasonable thing is to declare season null and void. Who knows who would have gone down or come up if the PL/EFL games have not actually been played in full? 2/2 https://t.co/JTQukQv30Y

That said, it would end uncertainty, avoid any schedule problems and be the safest course of action for players, staff and fans. In addition, it would avoid any issues with player contracts, many of which will expire at the end of June. Despite that, we think it is unlikely that this will happen, sorry Karen.

Option 2: Season To Be Completed

Whether it is behind closed doors or not, we think there is every chance that at some stage the 2019-20 Premier League season will be completed. Most teams have just nine games left, which could be played easily enough within a six week period.

If the Premier League resumed in mid-May that would give enough time for the matches to be played and the campaign to be finished around the time the Euros were scheduled to end, or even earlier. It seems most likely these clashes would need to be without fans and whilst that would be problematic, it may be the best option.

It would be the fairest way for things to happen and probably financially the best, with Sky and BT kept happy and clubs not having to repay huge amounts of money for unplayed games. The uncertainty would be an issue but that is the way of the world right now.

An alternative to the two options discussed is that the season is abandoned, with no further fixtures played, but the various titles, and promotion and relegation issues, are decided based on the current standings. This option isn’t being too openly discussed but would certainly be a good one in a number of ways.

Few doubt that Liverpool deserve to be awarded the title, whilst in the Championship many are accepting of the fact that Leeds and West Brom have been the best two sides. Given all four of the top tiers of English football are near or into the last quarter of the season, it would seem sensible to count the 75% of the games played as valid, rather than discount them altogether.

It would perhaps be seen as a football equivalent of cricket’s Duckworth-Lewis method that is used to decide the outcome of games that have been interrupted by the weather (or sometimes something else). Essentially it would be hard for most clubs to argue that they were just on the verge of turning their season around if they had shown poor form all season, or that Liverpool (for instance) would suddenly suffer a monumental collapse that would have meant they lost the title after all.

The problem is, many football fans – that is, those from the sides that would be relegated on the basis of this option – would feel mightily disgruntled to say the least. There have been enough last gasp relegation escapes over the years to show that football is full of twists and turns and who’s to say any of the struggling sides might not have put in the performances needed to save their skins?

Also, what of the teams who have played fewer games than other teams? For instance, Aston Villa are currently in 19th position in the Premier League on 25 points, but have played just 28 games; this compares to the 29 games played by the three sides above them who are all on 27 points (Bournemouth, Watford and West Ham). If Aston Villa won that game in hand, they would haul themselves out of the relegation places. This will clearly not be seen as fair by Villa fans or most neutrals. On this basis we think the football authorities are unlikely to go down this route.

One option that might be taken that could delight the fans of those at the top of the various divisions but also save fans of the bottoms clubs from going into despair is to simply have no relegation. This would mean that clubs in the automatic promotion spots in the Championship, League One, League Two and the National League would move to the division above.

This scenario would result in 22 clubs being in the Premier League during the 2020-21 season, the Championship would have its standard 24 teams next term, League One would go back up to 24 teams (having had only 23 this term as Bury were expelled), and League Two would go to 22.

Here’s what would happen based on the current standings in the various divisions:

There would be the slight issue of the play-offs, but in this scenario we would envisage they would simply not take place and the sides who occupied the play-off positions in each division would have to accept they’ve just been unlucky.

This could be the most appealing option available if it turns out that for health and logistical reasons it becomes impossible to complete the remaining fixtures of the current season.

Clearly much will depend on how the coronavirus develops in the coming weeks and months and the primary concern of the football clubs and authorities is to keep players, fans and staff safe and well. But if it turns out the season is abandoned completely but the results still stand, will Liverpool’s title be seen as a “real” title, or will they forever be remembered as not having really won the 2019-2020 Premier League title?

Well, you can be quite sure that under those circumstances, Everton and Manchester United fans would certainly not let Liverpool fans bask in the glory too much and would take every opportunity to remind them that the season was never completed so it doesn’t really count. Even many Liverpool fans would see the title as somehow tarnished if the season is not able to be completed.

And in the history books (and on websites) there would no doubt always be an asterisk against Liverpool’s name in relation to the “season that never finished”, something that would be sure to diminish their achievement somewhat.

On the other hand, Reds fans might have to accept the fact that perhaps the great Bill Shankly wasn’t altogether accurate when he uttered those famous words:

“Some people believe football is a matter of life and death. I am very disappointed with that attitude. I can assure you it is much, much more important than that.”

Ultimately, as we have all realised recently, some things really are more important than football, and if it is deemed necessary to cancel the rest of the season to protect the health of fans and the nation in general, unfortunately football fans are just going to have to live with it. There’s always next season, after all!