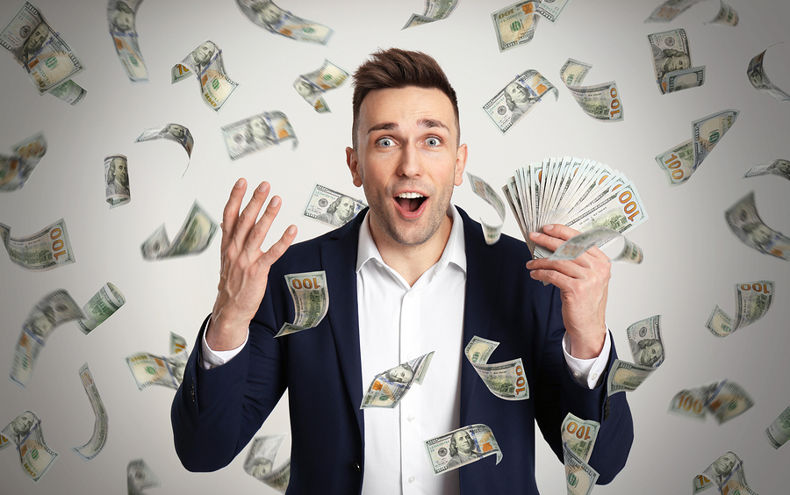 There are many reasons why punters might choose to place a bet; from those simply looking to spice up the sporting action with a financial investment in the outcome, to the dedicated form analysts who aim to outwit our good friends the bookmakers. Whatever the reason though, one thing that practically all bettors do have in common is the pursuit of that big win. It is the quest for that big score which is undoubtedly the driving force behind the longstanding popularity of the accumulator bet.

From the straight acca beloved of the Saturday football punters, to the Lucky 15’s, Yankee’s and – for the really ambitious – Goliath’s, which have long been a staple punt for horse racing fans, accumulator bets offer that prospect of a potentially huge return, and all for only a relatively small outlay. And for many punters, that is really what the world of betting is all about.

Tales of near misses abound in the world of the accumulator, with the sound of punters bemoaning the one team that let their eight-fold acca down – usually by virtue of conceding a goal in the 95th minute – being a familiar refrain on a Saturday evening. We certainly have a few such tales of woe ourselves, but really that’s all part of the fun with these optimistic punts, and as we shall see, that optimism can on occasion deliver extremely rich rewards. Without further ado, here are our five favourite successful accumulator bets from the world of horse racing.

1. Perseverance Pays Off For Leicester Punter

The date of 28th April 2017 proved to be a record-setting day for Coral Bookmakers. Probably not the kind of record the firm will be keen on breaking anytime soon though – as a Leicester gambler hit the firm for six with a monster accumulator bet at Punchestown racecourse in Ireland. Perming five horses into five four-folds, and one five-fold, the punter laid out a total of £19 in the type of bet he had reportedly been placing for twenty years. It seems that sometimes perseverance does pay off, and for this racing fan, this was to be the day when everything came together.

It all began in promising style when the unnamed punter’s 10/1 selection, Das Mooser, sauntered home eight lengths in front in the 3:40. A victory which was swiftly followed up by the tenacious success of 9/2 pick Woodland Opera in the 4:20, and Definite Ruby’s victory at 7/1 in the 4:55. When Bacardys then got up to score by a short head at odds of 10/1 in the 6:05, a big win was likely.

It was however the fifth and final leg which really sent this punt into the stratosphere. The 33/1 shot Canardier had looked something of an optimistic selection in the concluding bumper, but you don’t win these big bets without a dose of optimism, and the Dermot McLoughlin-trained runner duly got up close home to score by three quarters of a length. The runner-up in that final leg went by the name of Its All Guesswork – but it seems it was anything but that for our intrepid punter, who lists breeding influence and trainer form as key features in his detailed selection method.

Only checking the results of the race in the early hours of the morning following a night out, we can’t imagine our anonymous friend’s hangover was too bad. His pay-out for that £19 outlay? A whopping £822,972.25!

Another day for the record books came on the 16th September 2018, as an unnamed Scottish acca enthusiast smashed the record for the biggest horse racing win ever recorded by a punter north of the border.

Being his birthday, this likely seemed as good a day as any for the married father to speculate a fiver on the day’s racing. Perming eight selections into 70 x 5p four-folds 28 x 5p six-folds, 8 x 5p seven-folds and 1 x 5p eight-fold, that £5 flutter ended up being the very definition of the small stakes-big win punt – and a good example of just how quickly these accumulator bets can mount up.

Our Birthday boy certainly spread his selections far and wide, with five picks at Ffos Las in Wales, two from the Curragh over in Ireland and one from Bath in England, whilst he looked on from Scotland. Needing half of those eight selections to come home in front in order to generate a return, that feat was quickly achieved with the wins of Time Stands Still (8/1), Havana Grey (15/8), Syndicate (11/1) and Alra Vita (9/4) in the first four legs of the bet.

Already assured enough for a few birthday pints, the William Hill customer was freerolling into the second half of the bet – and duly rocketed his way to a six figure sum, courtesy of the victories of Homing Star (10/1), Barbill (6/1), My Boy Sepoy (5/2) and Ascot Day (14/1). His birthday present from William Hill? A monster win of £682,282.14!

3. From Stable Lad To Stable Owner

The Cheltenham Festival is always the standout four days of the season for all those involved in the National Hunt game, but for Nick Henderson’s stable lad, Conor Murphy, the 2012 edition of the sport’s biggest meeting was to prove to be a truly remarkable event.

Being so familiar with the horses in the yard of the multiple champion trainer, Murphy was certainly in a fine position to judge their relative merits. That said, the bet which would ultimately change the course of Conor’s path was still likely placed more in hope than expectation. Siding with what he judged to be Henderson’s five most talented performers, the Cork native waded into the ante-post markets in November to place a £50 accumulator on his five selections.

The horses and races in question for that 2012 festival were Sprinter Sacre (6/1) in the Arkle, Simonsig (12/1) in the Neptune Novices’ Hurdle, Bobs Worth (6/1) in the RSA Chase, Finian’s Rainbow (8/1) in the Queen Mother Champion Chase and Riverside Theatre (10/1) in the Ryanair Chase. And the rest is history, as all five came home in front on the biggest stage of them all to trigger bet365’s maximum pay-out – handing Conor a cheque for a cool £1 million.

Far from letting the win go to his head, Conor was back in work and riding out at 5:30am the next morning. The mammoth boost to his bank balance did however ultimately lead to the inspired Irishman being able to live out his long-held dream. Now training in his own right out in Kentucky in the USA, the Spring of 2012 marked the moment that Conor’s path changed forever – and all thanks to that bold accumulator bet.

4. From Bankruptcy To A Birthday Million

Possibly the most spectacular punt on our list was registered by a former bankrupt chap by the name of Freddie Craggs. A betting shop regular, 60 year old Mr Craggs lived a humble life in North Yorkshire working as a fertiliser agent and counting small stakes betting on the horses as one of his main entertainment pastimes. In short, just the type of punter seen in countless betting shops up and down the country.

However, on 22nd February 2008, Freddie struck a bet which most punters can only dream about. Whereas it took a stake of £50 to take Conor Murphy to a £1 million win, Freddie Craggs got there with just a single 50 pence piece.

The fateful bet came in the shape of a 50p eight horse accumulator placed in a Thirsk branch of William Hill. Featuring selections over the jumps, on the all-weather, and even as far afield as Nad El Sheba, William Hill probably didn’t think they had too much to worry about – even when the aptly named Isn’t That Lucky came home in front in the first leg. Six races and six wins later though, and the bookmaker was no doubt sweating just a little, with Mr Craggs now having just a shade under £400,000 running on to his final selection.

In a sign that things were surely meant to be, that final horse went by the name of, A Dream Come True. And indeed it did for the grandfather, with the half-length victory of the Dean Ivory-trained runner landing Freddie a £1 million pay out, just one day before his birthday.

No doubt there are plenty of punters up and down the land who look back with fondness on the 28th September 1996. For this was the day when a certain Frankie Dettori wrote his name into racing folklore by going through the card on Queen Elizabeth II Stakes day at Ascot.

Seven rides and seven wins were good news for the little Italian, and also for the countless punters who had permed Wall Street II (2/1), Diffident (12/1), Mark Of Esteem (10/3), Decorated Hero (7/1), Fatefully (7/4), Lochangel (5/4) and Fujiyama Crest (2/1) into all manner of accumulators. Not such good news for the bookmakers though, with the layers reportedly losing a whopping £40 million on the day – the biggest single chunk of which went to a businessman by the name of Darren Yates.

Having a fancy for the four Godolphin owned mounts of Dettori, and judging his other three rides to have at least some sort of chance, Mr Yates went for broke and permed all seven runners together in a 50p Super Heinz – a bet made up of 21 doubles, 35 trebles, 35 fourfolds, 21 fivefolds, seven six folds and one seven fold. Throwing in a £1 each way accumulator for good measure, Frankie Dettori’s “Magnificent Seven” landed Darren a truly outstanding £550,823.54 pay out.