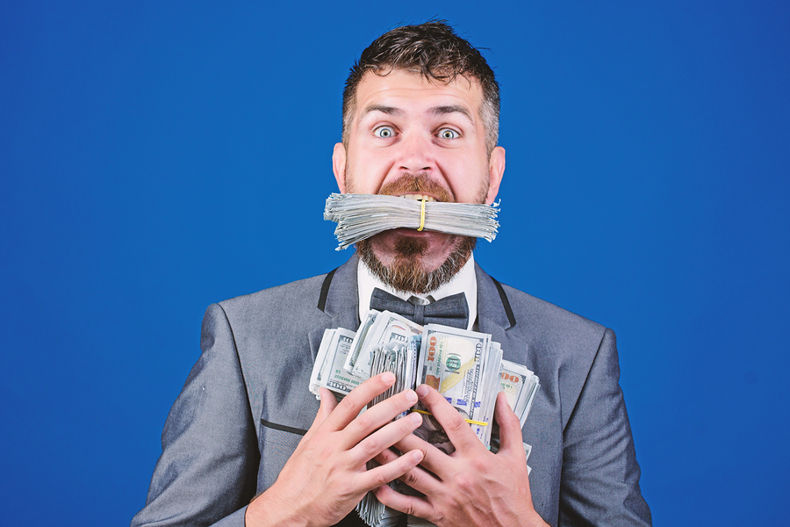 From time to time bookies pay out early on a bet and this is something that has happened a number of times, often quite famously, over the years. Here we take a look at some of the most well-known times bookmakers paid out, as well as explaining why they might do such a thing.

What Do We Mean by Paying Out Early?

Before we do that, let us consider what we actually mean by the term “paying out early”. It will probably be obvious to most experienced punters and indeed it is rather self-explanatory even to those not particularly familiar with gambling lingo. We are simply talking about times when a bookie or online betting site has settled a bet before the event on which the bet was placed has actually finished.

In such a scenario they choose to pay out on the selection they believe is going to win before it actually has. That’s great if you happen to have backed the right selection and even better if that pick then goes on to lose! And yes, if you are wondering, that has happened on more than one occasion, leaving the bookie with a red face and an empty wallet, having had to pay out twice: first on their early pay out team or player and then again on the actual winner! Our heart bleeds for the poor bookies!

Betfred Pay Out On Man United

It is commonly accepted that Fred Done, owner of Betfred, was the first mainstream bookie to pay out early on a bet. Fred, a lifelong Manchester United fan whose empire began with a single betting shop in Salford, a stone’s throw (assuming you can throw a stone about a mile) from Old Trafford, paid out on his beloved Red Devils winning the Premier League in 1998.

At the time Fred took the momentous decision, United were 12 points clear of second-placed Arsenal with just 10 games to go. Let’s take a look at how that panned out for Fred with the final standings…

Whoops! United slipped up as Arsenal went on a fine streak, Gunners boss Arsene Wenger being named manager of the month in March and April and guiding his side to the title. It is thought this early pay out on the Manchester side cost Fred a cool £500,000. We would say that your side throwing away an 11-point lead at the top of the table and losing half a million quid in the process represents a pretty bad day at the office but at least Fred learned a valuable lesson not to pay out early on bets…

Well, one might have thought that Betfred would learn a valuable lesson, but if they did then it was one that was pretty soon forgotten. In April 2012, with seven games left to go of the top flight season, once again Fred Done decided that the Red Devils would not be denied and so he paid out on them winning what would prove to be an incredible 2011-12 Premier League.

The Manchester Evening News reported that:

“The Salford-based millionaire, famous for his early payouts on his Old Trafford heroes, announced on Twitter today that he is handing over winnings to punters who backed Sir Alex Ferguson to take the crown for the 20th time – with seven games still to play. United’s 2-0 win at Blackburn last night saw them stretch their lead at the top of the table to five points from rivals City. And by the time the Blues head to the Emirates stadium on Sunday for a tricky clash with Arsenal that gap could be eight points with the Reds in action first hours earlier – at home to strugglers QPR.”

One might have thought that was a bold move, with five points hardly an insurmountable lead with seven games to go but Fred was unmoved. The billionaire (as he is now) said:

“Even with the Derby to come a five point lead is just too much for City, so once again I’m letting my United punters have their dough early to the tune of just over half million quid. Back in 1998 Fergie told me to never pay out early again but Sir Alex need not worry, I’ve not got it wrong this time, United are past the post for a record twentieth Premier League title.”

We suspect Fergie was suitably worried. Furious perhaps? With just stoppage time of the entire season remaining, it seemed Fred and United were safe. City had fought their way back into the title but needed to win on the final day to pip their neighbours on goal difference. We were into the second minute of injury time at the Etihad, with City trailing lowly QPR 2-1. With some of the home faithful already on their way out of the stadium, Edin Dzeko gave the Citizens a lifeline, nodding home from a corner.

We moved into the 94th minute, the ball broke to Sergio Agueroooooooo… and the rest is history; the most exciting Premier League history ever in fact. Oh, and another half a million and league title down the drain for poor old Fred!

Fred Pays Out With 22 Games To Go!

Most times a bookie will only pay out when they are very, very confident they won’t be lumbered with a double pay out. That means that normally they call things correctly and these stories are less interesting because we can’t really indulge in a healthy bout of schadenfreude at the bookies’ expense. None the less, there are certainly several more times when bookies – more often than not Betfred! – have paid out before a market has been settled.

Betfred paid out early on Leicester winning the title in April 2016 and avoided a double pay out as the Foxes sealed the deal, landing some bets at odds as big as 5,000/1. But a more interesting and noteworthy early settlement occurred in December 2017.

With well over half the Premier League campaign remaining, once again Betfred decided to pay out early. He may have been hoping to jinx things though, given this time the early payday was for bets on Manchester City! Having watched Pep’s boys win 2-1 at Old Trafford and move a massive 11 points clear, Done was convinced the Sky Blues would not be stopped.

“The early pay-out will cost the bookie £800,000 and one punter from a betting shop in Bedfordshire will be celebrating after staking £40,000 on Pep Guardiola’s side at 2/1.”

It was a remarkable thing to do, given so much of the season, 58% in fact, was still to be played and Fred himself added:

“I got abuse from United fans when I got it wrong in 1998 and 2012 and got accused of jinxing the title. This time they will be hoping I’ve got it wrong again, but watching Man City I don’t think so. You could say the Premier League is Done and Dusted… and my wallet has been emptied.”

It isn’t just Betfred who has paid out early though, with bookmaker Paddy Power also one to get in on the act. The Irish firm have paid out ahead of time on a number of occasions on a range of markets. They paid out on New Zealand beating France in the 2011 Rugby World Cup final (hardly the biggest step given the All Blacks were 1/9 favourites). That same year though they were even bolder, paying out on Ireland beating England in the Six Nations before the game had even begun.

Effectively they just gave punters cash, costing them around £500,000. They were proved right though, with Ireland thumping England 43-13 at Croke Park. They were also proved right when they paid out on a football transfer market early, rewarding punters who backed a Carlos Tevez to move to Juventus fully 10 days before the deal was finalised in 2013.

However, their early pay out on another transfer market was somewhat less prudent. That same year they felt sure that Portuguese winger Nani would be joining Tevez in Turin and paid out early to all the punters who had backed the move. Sky Bet slashed their odds to 2/7 and Twitter was convinced the deal was done. It wasn’t. Nani signed a five year deal to stay at the Red Devils instead, leaving Paddy that bit poorer.

Why Do Bookies Pay Out Early? 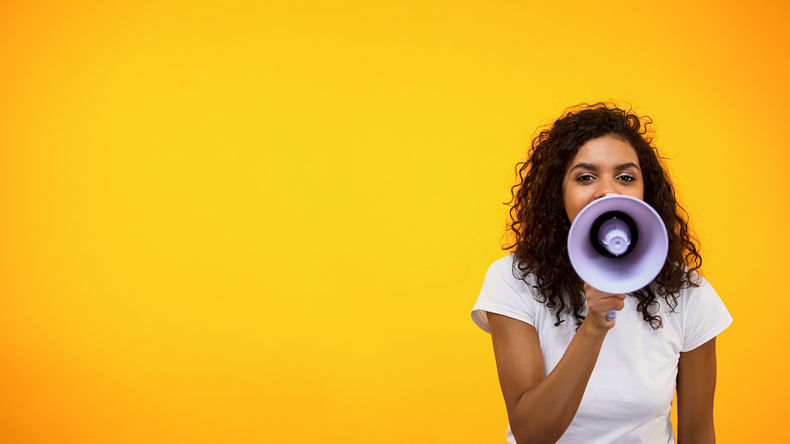 Other bookies have paid out early over the years too but it is fair to say that Betfred and Paddy Power lead the way. Those who are familiar with these two bookmakers will know that as well as both being top notch betting sites, they are also both rather keen on a bit of publicity.

Fred has pulled off his fair share of stunts over the years, whilst Paddy Power are famed for their various quirky brand ambassadors, high jinx antics, eccentric ads and controversial markets and campaigns (we think it is safe to say that a market that was widely regarded as offering odds on Barack Obama to be assassinated falls into that category!).

And, in a nutshell, that is why bookmakers sometimes choose to pay out early on bets: publicity. We suspect that when Betfred made history back in 1998 they thought they would make a bit of news, get some free (and positive) PR and generate a little good will among their customer base.

We won’t know what Fred Done’s thoughts were when United chucked the title away but we rather suspect that dismay turned into a realisation that the column inches and publicity it would generate would be worth far more than the outlay from the double payment of winnings.

On top of that, it would have made the many people who backed United feel even more warmly towards Betfred and made customers of other bookies envious. Anyone considering a bet on United in the future might now just think of Betfred, optimistic that a third early pay out could be a distinct possibility.

As well as general PR, customer relations and its roll in attracting new customers, paying out early also serves another function. If a bookie is convinced that a given outcome will occur, they don’t really want to accept any more bets on it. Traditionally they simply slash the odds or refuse to accept a bet. However, this crates negative PR and public sentiment.

In contrast, paying out early allows them to frame their non-acceptance of further liability on a given team in positive terms, whilst still accepting bets on other teams to hopefully make up some of their losses.

That does, of course, leave them open to a double pay out but such occurrences are rare and the extra news and publicity that generates means it is very much a risk worth taking.