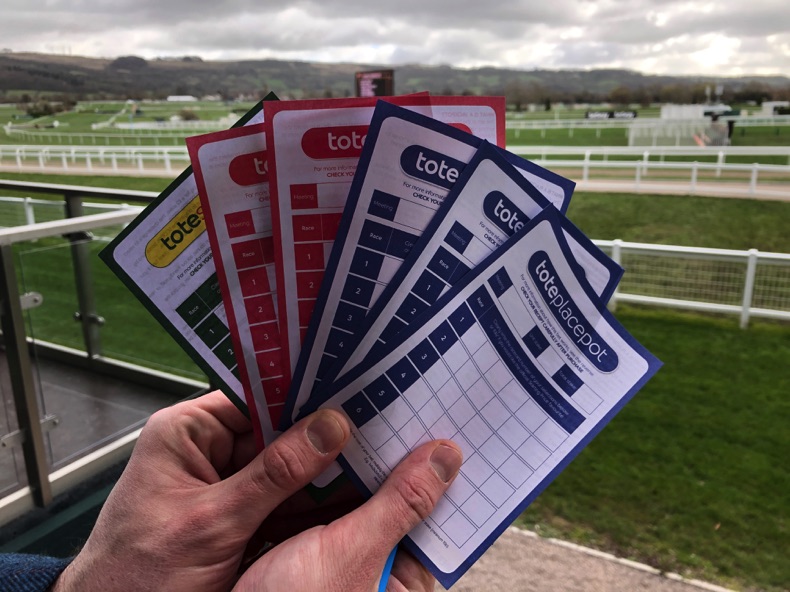 The Horserace Totalisator Board, Tote, totesport, The Tote – or whatever they are calling themselves when you read this (they like a little name change from time to time!) – offer a range of parimutuel pool bets. They did expand into “normal” bookmaking and offered casino fun, bingo and more but in 2019 another change of ownership (having been sold to Betfred back in 2011) saw them revert to what was, for a long time their raison d’être: pool betting.

A combination of this pool approach and a penchant for innovation has led to the creation of some original and hugely popular markets. The big wins offered by the Jackpot and scoop6 may be what excite punters the most but for many the Tote Placepot is the place to be. Indeed, according to Tote themselves it is their “most popular bet” and is also a “renowned raceday ritual”.

The Placepot can’t compete with the crazy six- and seven-figure wins that the aforementioned Tote Jackpot and Tote scoop 6 can offer. However, over the years there have been some very tidy wins indeed from this wager and here we’ll be taking a look at some of the very biggest. Before we do that, for the uninitiated, yet to make this market a regular part of their racing betting, let us explain exactly what the Placepot entails.

What Is the Tote Placepot? 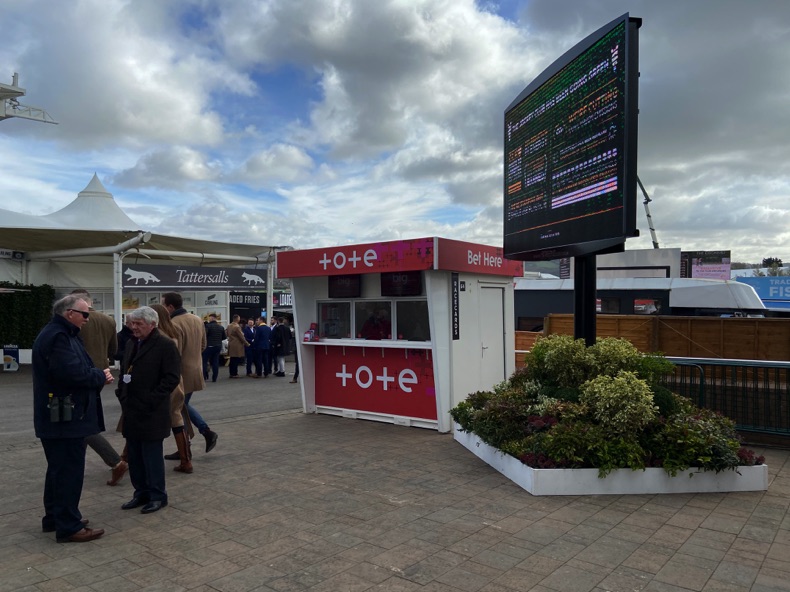 The Tote Placepot is a wager that is simple enough to understand and “all” (we say “all” but if only it was as easy to do as it is to say!) you have to do is land a place in the first six races of the day at any meeting in the UK or Ireland (or selected, named international racedays, such as the Breeders’ Cup or Dubai Carnival).

Tote offer this market every day from 9am whenever there is racing taking place in the UK or Ireland. You can choose just one horse in each race or, as with most of Tote’s pool bets, you can “perm” multiple selections in one or more races, at an increased cost of course.

We won’t, for now at least, go into any more detail about adding multiple picks, nor about how the pool works and how the final payouts are calculated. But let’s take a look at what you could win! 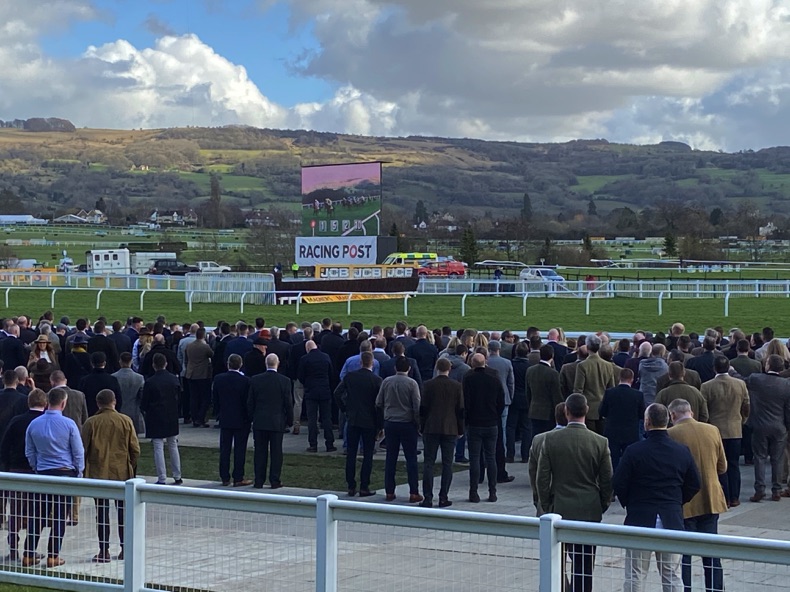 According to Tote’s own stats, the average payout is £407, which is far from shabby. If you are looking for an achievable acca-style bet it is certainly a fantastic option, giving you the chance to land a very tidy win from a small stake and yet, given you only need your picks to place, not being a total shot in the dark. That £407 average is impressive considering the minimum stake for a Placepot is just 10p per line (although the overall minimum for the total stake is £1).

There have been many big wins over the years and most of these have tended to come at big racing festivals or meetings. The dividend for the Placepot is based on the total amount wagered on that particular day’s action and, unsurprisingly, it is the major meetings that see the biggest pools generated. As far as we’re aware the biggest Placepot win ever came very recently, at the 2019 Cheltenham Festival.

The lucky (and now rather wealthy) punter scooped £182,567.80 from a £2 Placepot on the opening day of the Festival. There were a number of other big winners that day but this particular racegoer landed the biggest win due to his higher stake. He described the life-changing moment thus:

It wasn’t until the second-last race that my friend said, ‘You’re still in with a chance’. We came in a couple of times after the sixth race to cash it in. We thought it might be a couple of hundred quid or something like that but it wasn’t ready, so we went out to bet on the last race. We were lucky enough to win again on that! We came back in afterwards and handed over the ticket. The lady behind the counter… her face just dropped. I asked her how much and she very discreetly showed us. We still didn’t really believe it.

The six magic horses to land this whopping Tote Placepot were:

Only one of those, A Plus Tard, was the favourite and even then odds of 5/1 hardly represented a banker. Whilst the odds do not directly affect the Placepot payout, in reality the two are usually closely correlated. The dividend from a Placepot is based on a £1 stake and as with all Totepool bets, is the total betting pool, minus deductions, divided by the total number of winning tickets.

If you opt for six odds-on horses and win the chances are that there will be a large number of winners with which you must share the pool, resulting in a smaller dividend. On the other hand, if you throw in a number of longer-odds selections, your chances of a big win are greater as there is a higher likelihood that fewer tickets will win, especially if all the places are filled by outsiders in one or more of the races.

Whilst our focus in this piece is very much on the biggest payouts, before we go on to look at some more of those, let us briefly consider some of the lowest. It is hard to uncover these with 100% certainty but there are reports of a staggeringly low Placepot dividend of just £2 being paid at Downpatrick in 2015!

At smaller meetings where relatively little is wagered, the pools can be rather low. If most of the places throughout the card are filled by well-fancied horses, or simply by some freak occurrence a high number of punters just happen to win, then it would be the case that very low, and incredibly anticlimactic, payouts are possible.

From personal experience we know only too well that even at big meetings smaller payouts can occur. On a visit to Royal Ascot in years gone by we got rather excited when our sixth place landed, only to discover a rather meagre return of just £48.63!

Moving back on to the happier topic of big wins, whilst the recent £182,567.80 win was no doubt a staggering success, it wasn’t actually the biggest ever dividend. The dividend can be viewed as the odds and as with any bet, your winnings are determined by a combination of the stake and the odds. That £182k win was based on a £2 stake, with a dividend of £91,283.10 (note that if you stake the minimum of just 10p per line, even on a bumper dividend like that you would “only” win around £9,100, so a small bet is another reason why the Placepot may not pay out a huge sum).

But that dividend, handsome though it was, was a little less than the biggest ever for the Tote Placepot. There isn’t much in it but, in 2015, again at the Cheltenham Festival, a slightly higher dividend was delivered. On Gold Cup day, a number of longer odds horses made the frame to produce an amazing dividend of £91,774.50 for the Placepot.

The second race of the day saw no horse with odds shorter than 8/1 make the places, whilst the same happened in the fourth. In the third, the Albert Bartlett, a 14/1 shot won, with a 33/1 outsider second and a 6/1 hope completing the places. In all that day just three favourites or joint-favourites landed a place. A brilliant day for the bookies and a shocking one for punters… apart, that is, from those who took a share of that whopping dividend.

Away from Cheltenham, the biggest dividend returned a very cool £63,284.30 at Newmarket. That win came back in 2003 and legendary mare Ouija Board placed in the day’s opening race at massive odds of 20/1. Odds of 5/1 represented the shortest priced place in that race, with 8/1 the lowest odds to deliver in the fourth and 13/2 favourite Reveillez trailing a 12/1 and 16/1 shot in the fifth.

29 year old Paul Wrathall landed just shy of £50k from a £5 Placepot win at Aintree on Ladies’ Day of the 2016 Grand National meeting. Wrathall said, “It hasn’t sunk in yet. I was just gobsmacked, you don’t expect to win that. I would have been happy with a couple of hundred. My friend won £200 on one at Cartmel. No-one could believe it, it just doesn’t happen to people like us. Everyone has been so happy for us and said it’s nice to see someone beat the bookies.”

We certainly agree with that sentiment Paul! The Placepot might not always deliver a huge return but choose well and with a little bit of luck you too might be able to land a five- or even six-figure win without even backing a single winner!