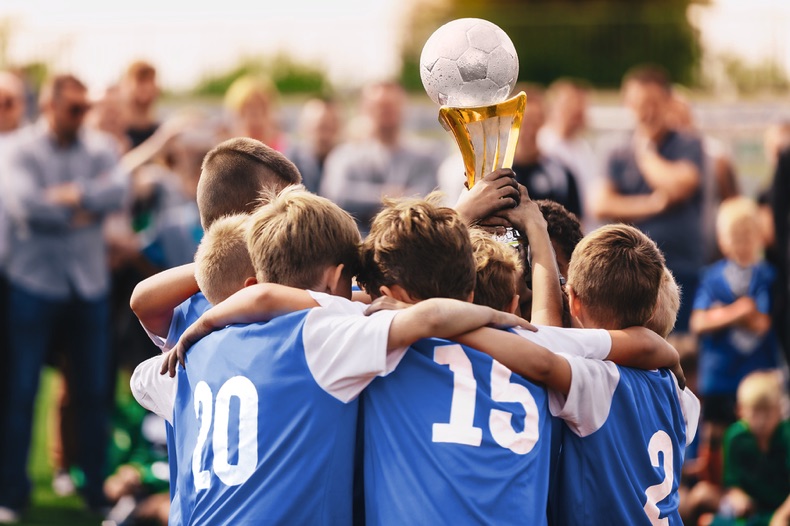 Every parent has the feeling that their child is special. But how many become absolutely certain that their sprog is likely to achieve something truly great… and then think about making money from betting on it? Well these parents did; they were so certain that their kids would do something amazing that they actually put their money where their mouth was. The best part is they won (most of them…)!

In 1997, the young and already talented goalkeeper was accepted into the Coventry City centre of excellence for football. It was then that his father called together a syndicate who each placed around £10 on the youngster to get a call up to the England team before the age of 30. At the time the chances seemed somewhat remote, but Chris’s dad was confident enough his son would do the business. The bookie William Hill were more than happy to take the bet of £98.10 at odds of 100/1.

Kirkland’s career progressed nicely as the six foot, six inch man from Barwell played well at Coventry before attracting the attention of Liverpool scouts. He moved to Anfield in October 2001 and acted essentially as understudy to Jerzy Dudek. Kirkland broke into the England senior squad in 2003, at which point his father and his syndicate must have been getting excited. But it was not until 2006 when Kirkland finally made his full England debut as a second half substitute again Greece. The syndicate made just short of £10,000 when the keeper earned his first cap.

The syndicate must be about the only people in England thankful to then manager Steve Mclaren, often dubbed “the wally with the brolly”, for giving him a chance, as this proved to be Kirklands’ only England cap for the senior team. You can imagine the bookies weren’t overly pleased Kirkland made it onto the pitch that day!

Even before he had earned his first cap, Shane Williams’ father Mike was so confident in his sons’ ability on the rugby pitch that he decided to have a bet.

Amazingly unlike most of the bets featured here it wasn’t just a simple thing such as playing for his country that Shane had to achieve. Instead he had to represent his country and also become the leading try scorer for the Welsh Dragons.

With odds reputedly of 500/1, Mike placed the bet and then sat back and watched his son rack up the tries and get ever closer to the record. Then finally the day came when the now famous try against France not only led Wales to the grand slam, but also lead his Dad to the money. He surpassed the previous record of 40 tries held by Gareth Thomas, and earned his dad a tidy sum in the process.

According to Shane, his father never told him about the bet, and it was only about an hour before kick off when Mike called him to give him the news. “I hope you have a good game today, and if you score I win £50,000”.

Nothing like putting the pressure on then! Apparently according to Shane he went from calm and collected to a nervous wreck in the moments leading up to the match. Shane soon seemed to find his composure however, and in the 60th minute he crossed the line to notch up his record breaking try, and in the process earn his dad a relative fortune. He hadn’t quite done the maths it seems as the payout was reportedly £25,000, but still not a bad bet by any means!

At the age of nine, blossoming young midfielder Ryan Tunnicliffe was playing for the Manchester United youth team when his father placed a wager on him making it into the united first team. Managing to get odds of 100/1, which would seem surprisingly good odds since the youngster was already on the United books, he wagered £100 on the event.

The bet was settled when the youngster made his debut on 26th September 2012 as a second-half substitute against Newcastle United in the Capital One Cup, landing his father £10,000 in the process.

The Tunnicliffe family stand also to win another £35,000 from the bookmakers as they still have an outstanding bet that the English midfielder will feature for the national team. Unfortunately for them, his career in the big time never really took off and at the time of writing he is plying his trade in Championship for Luton Town, so the chances of Gareth Southgate giving him a call any time soon seem slim at best.

Young Football star Harry Wilson was only just out of nappies when his grandfather placed a wager on him to represent the Welsh national football team. Peter Edwards, placed the bet with the bookmaker William Hill at odds of 2500/1 and stood to earn £125,000 from his £50 stake if the bet came in.

Showing great early promise (no doubt with plenty of encouragement from grandad!), Wilson signed to Liverpool’s Under 9’s squad and joined their academy by the age of 15. Despite never have made an appearance for the Liverpool first team, Wilson was called up to the Wales national side by then-manager Chris Coleman in October 2013 when aged just 16 years of age.

The youngster was then given his debut in the World Cup qualifier against Belgium on 15th October 2013, and became the youngest player to pull on the Wales shirt. This beat the previous record held by Gareth Bale, and Wilson’s record still stands today.

During his time on the pitch, the youngster also managed to help his team grab a late goal to tie the game, unfortunately it wasn’t enough for them to progress to the finals. I’m pretty sure the Edwards family won’t have been too distraught though. His grandfather’s bet was paid out and he was £125,000 the richer for his grandson’s success!

Here’s one for the Golf fans out there. Rory McIlroy was just 16 when his father Gerry made the bet that he would win the world famous Open Championship within the following 10 years.

Although there are conflicting reports on the amount wagered, the general consensus seems to be somewhere in the region of £100 at odds of 500/1, meaning Gerry stood to win around £50,000 all thanks to his son lifting the famous Claret Jug before the age of 26.

McIlroy’s father (and friends who’d placed similar bets) must have been getting slightly nervous when Rory reached the age of 25 without having won The Open (despite having landed the US Open in 2011 and the US PGA Championship in 2012). But luckily for them, Rory did the business in the 2014 Open when he won the tournament as a 25 year old, with two shots to spare ahead of Sergio Garcia and Rickie Fowler.

It isn’t only parents who place bets on up and coming young talents, occasionally family friends will also have a flutter on the rising star in question. This was the case when family friend and also the father of rival go-karter Richard Hopkins spotted the talent of young Lewis Hamilton and placed a total of three bets on him.

Hamilton brought home the big money when he won the 2008 Formula 1 Championship at the tender age of 23, but it was a close-run thing. He needed to finish fifth or better in the final race in Brazil, but after a stop to change tyres due to a rain shower near the end of the race Hamilton slipped back to sixth position. It was only a last gasp overtaking manoeuvre at the very final corner that allowed Hamilton to get the place he needed, and to become the youngest Formula 1 champion.

These bets combined have netted Mr Hopkins a grand sum of £165,000, and you can bet Lewis was also happy with the outcome too. Having said that, it is fair to say that Mr Hopkins might not have enjoyed watching the Brazilian GP too much… until the final corner at least.

Of course, before you go and blow your mortgage on your child becoming the next Ronaldo, Messi or Tiger Woods, just remember that not all of these bets pay off.

Curtis Robb is a former Olympic middle distance runner who competed at two Olympics representing team GB. His father had such belief in his son that three years before his first Olympics, he placed £500 on his son to bring home a medal.

Unfortunately it wasn’t to be, as Robb faced some stiff competition in the final, as such the odds with the bookmakers went from 200/1 right out to 1000/1 for him to take a podium spot before the race. In the end it wasn’t to be and the bookmakers proved correct, and Curtis could only finish sixth, which is no mean feat, but not quite enough to win his father the bet.

Do You Fancy Your Chances of Having a Child Prodigy?

Do you think that one of your progenies is showing a serious talent in one field or another? It doesn’t have to be a sporting talent, you can bet on your child to win The X Factor, star in a Hollywood movie, or even just pass a certain exam. Bookmakers will take most bets these days, but of course the odds will always be in their favour.

But if you’re still tempted then you can submit your bet to most bookmakers, where they will look at them on a case by case basis and work out the odds of success. Of course, placing the bet is the easy part… your son or daughter actually winning it for you is another matter entirely. Do you dare to take the chance?