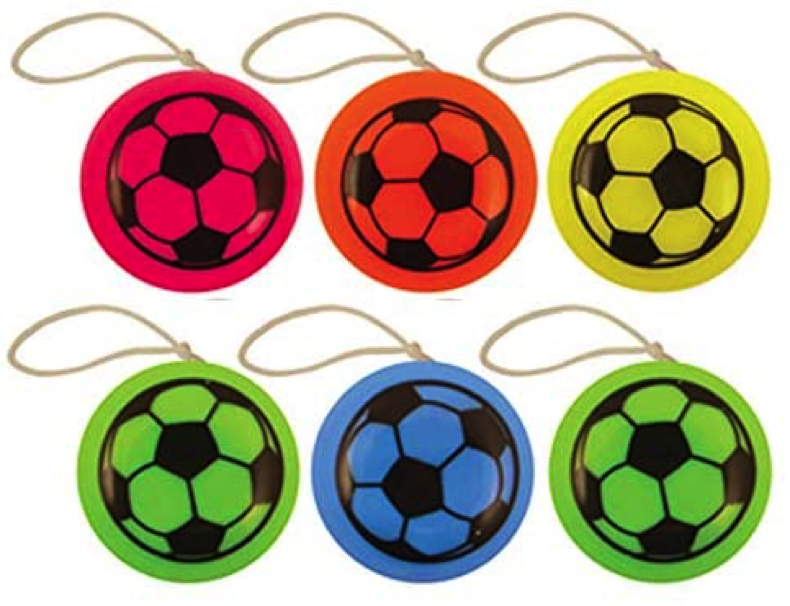 For many football fans, their most cherished footballing memories involve seeing their side clinch promotion, especially if that promotion is to the top division in the land. Regularly competitive, promotion races provide months of nail-biting action with many twists and turns. Throughout, fans truly feel it all; the unrivalled joy of a late goal, the frustration of a missed-opportunity or the nerves of a vital six point clash. Many valiant efforts ultimately end in disappointment but for the lucky ones, the months of grafting pay off as they experience the euphoria promotion brings.

After all the celebrations have died down, the reality of the challenge ahead begins to loom. Do we have the financial muscle to compete? How will our players cope? And, most importantly, can we do enough to stay up next season? Securing promotion becomes something of a bittersweet prize if relegation follows soon after. For some unfortunate clubs, this fear has often turned into reality. By repeating this very process a few times over, this is how yo-yo reputations are formed.

Sir Isaac Newton once said “what goes up must come down” and in the case of these yo-yo clubs it is most definitely true.

What Is a Yo-Yo Club?

Before we look into which clubs are most worthy of being referred to as a yo-yo club, let us quickly define the term. A true yo-yo club is a side that is promoted and relegated regularly, unable to stay in one division for a long time. Relegation will sometimes occur the season after promotion but this not a strict requirement of a yo-yo club.

Surviving two or three seasons before going back down and repeating that process is still very much in the elevator spirit. Below we have included the British clubs best associated with a yo-yo nature.

Since 2004, Norwich fans have seen their side relegated or promoted on 10 occasions. Mid-table mediocrity is simply not the Norwich way with the Canaries primarily dealing with highs or lows. During this turbulent period, the Norfolk based side has only managed to stay in the same league for a maximum of four seasons. So, after any relegation, you can understand any Norwich fan anticipating a fairly speedy return.

All this chopping and changing has seen Norwich claim the unwanted prize of being the side most relegations from the Premier League. Their departure in the 2019-20 season pushed their overall total up to five, putting them one ahead former joint leaders Sunderland, Crystal Palace and West Brom.

Although the term Boing Boing Baggies far predates West Brom’s recent league hopping, it has come to optimise their bouncebackability. Their first ever appearance in the Premier League was short-lived, lasting just one season (2002-03) but they returned at the first time of asking to compete in the 2004-05 season. Once again, it was a one season top-flight stay but they were not left out for long, spending just two seasons in the Championship before coming back up.

Unable to cope with the rigour of the Premier League again, the Baggies suffered relegation in 2008-09. Refusing to give up hope, they valiantly managed to fight their way back straight away, returning to the Premier League for the 2010-11 season. At least it’s rarely been boring for Baggies fans!

Crystal Palace have taken part in every Premier League season since 2013-14 and before that they spent eight straight years in the Championship. You may therefore be wondering what they are doing on this list. While a stable club now, things were not always this way. Starting from the inaugural Premier League season in 1992-93, Palace faced relegation three times in the subsequent six seasons.

Luck certainly was not on their side during this time. In 1995, they were relegated with 45 points and in 1993, they went down with 49 points (back when there were 22 teams). This remains the largest Premier League points tally that failed to provide safety.

Sunderland – A Turbulent Past & Present

Sunderland spent 10 years in the Premier League before their relegation in 2017. A very stable club you might say but historically they have been one of the best examples of a yo-yo club. Between the 1995-96 and 2006-07 campaigns, the club secured four promotions and three relegations.

This came shortly after another topsy-turvy period that saw the Black Cats change league five times between 1985 and 1992. If their history is anything to go by, Sunderland’s route back to being a Premier League regular is going to be anything but straightforward.

Parachute Payments and the Impact on Yo-Yoing 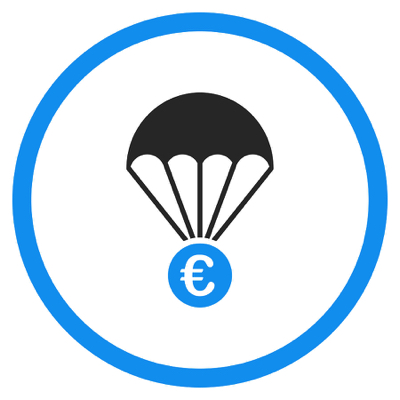 Any club relegated from the Premier League benefits from what is known as ‘parachute payments’. These payments, sourced from a share of the television broadcasting rights, help temporarily soften the financial blow of losing out on Premier League riches. They have existed for many years but they underwent an overhaul in 2015. Now, relegated clubs receive funds across three seasons, or two if they had spent more than one season in the league before their relegation. The amount of funds drops progressively year on year, 55% the first year, 45% the next and 20% the year after. Given the value of broadcasting revenue, which domestically saw a 65% increase in 2016-17, these parachute payments end up being substantial indeed.

Taking a couple of recent examples, Huddersfield Town’s first payment following their relegation in 2018-19 was worth £42.6m while Sunderland pocketed themselves £92m in parachute payments over three years. The natural assumption would be that these parachute payments would give relegated clubs a significant advantage over existing Championship teams. After all, one payment now is worth more than the entire wage bill for many clubs in the English second-tier.

These payments have had little impact on success though with clubs rarely able to bounce immediately back. Between the 2009-10 and 2017-18 seasons, 27 clubs suffered the pain of relegation from the Premier League and from these only six came back the next season.

Extending this search to a return within the following two years yields no additional results (unless West Brom and/or Swansea go-up during the 2019-20 season). So, while these payments may stop clubs falling into financial ruin, they are not enough to give relegated teams a sizeable advantage over existing Championship clubs.

Parachute payments are not exclusive to relegated Premier League clubs. Teams from the Championship to the National League also receive payment when they are sent down, albeit nowhere near as generous. These far more modest payments again have had no major impact on yo-yoing but this does not mean there is no evidence of it in the lower leagues.

Some smaller clubs have had a long and glorious history of travelling through the divisions, never sticking around for too long. Notts County hold the record for most promotions and relegations (30) with Grimsby Town close behind (29). For County, their most turbulent period came between the 1989-90 and 1998-99 seasons, a period that saw them change division six times. Grimsby also began their most tense yo-yoing period at a similar time. Between the 1986-87 and 1991-92 seasons, only once did the Marines fail to go up or down.

While these are two great examples of yo-yo clubs, their records are only so great in part due to their lengthy histories. There are some more modern examples of clubs bouncing to and fro, although numbers are somewhat limited. Fans of Bury FC, before their expulsion from the Football League, had enjoyed a truly wild ride for several years. The Shakers could never truly settle in either League One or League Two, constantly bouncing between the two. Starting from the 2010-11 season, they went up or down five times before their tragic demise.

Rotherham are another club that you can definitely brand as a yo-yoer. A League Two side in 2013, they have since enjoyed three promotions and two relegations. Not only this, but they have not managed to stay in the same division for the last four years running. On the back of this record, they look to face a tough time beating the drop in the 2020-21 season. 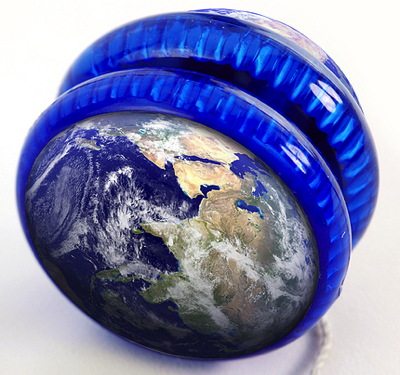 The concept of a yo-yo club is far from a British phenomenon, football fans across the world refer to the concept in their own way. In Poland they call yo-yo-clubs wańka-wstańka (roly-poly toy), while in Denmark they say elevatorhold (elevator team). Romania has coined our favourite term however, calling so called yo-yoing teams ABBA. Why? This because their leagues used to be called Divizia A and Divizia B.

Norwegian outfit SK Brann hold the world record consecutive relegation and promotions. Between 1979 and 1987, they went up in every odd-numbered year and down every even-numbered year. Almost as impressively, in Ireland, Drogheda United swapped leagues every year between the 1993-94 and 2000-01 seasons.

Despite never going on such a run, FC Nürnberg of Germany are the go to example of a Fahrstuhlmannschaften. They have been promoted or regulated 16 times across their history. For a club around 120 years old, this is not that strange but bear in mind, 11 of these divisional changes have come since 1990!

What Causes Clubs to Yo-Yo?

While the majority of football clubs cannot fairly be labelled as yo-yoers, there are numerous genuine example around the world. While some may attribute a yo-yo nature to nothing more than chance, this is only one factor behind it. Parachute payments have some impact, albeit not as much as one might expect. There is a good correlation between wealth and success so having more available funds will aid any promotion push. These payments often cease once promotion is secured so any advantage you previously had disappears the following season.

Finances to one side, some clubs end up stuck in a situation where many of their players are in between two leagues in terms of their ability. A little too good for the Championship but not quite good enough for the Premier League, for example, is far from an unfamiliar tale. It is often hard to replace these players too as they have been instrumental in a promotion push.

A good example of this type of player is Dwight Gayle. As of July 2020, the Englishman averaged just 0.2 goals per game in the English to-flight compared to 0.59 in the Championship. Ryan Sessegnon also provided a stark contrast in form following promotion. The youngster netted 16 goals to get Fulham up in 2018 but then netted just twice in the Premier League.

Rather than relying on their current talent, it is not rare to see teams hit the transfer market hard in an attempt to beat the drop. There are numerous examples of club owners opening their chequebooks, looking to completely transform the side. Lacking any sort of team chemistry, this can often lead to struggles, particularly early on in a campaign. The following season though, these former strangers are now much more of a well-oiled unit, fully equipped to push for promotion.

How Does It Feel to Support a Yo-Yo Club?

Naturally, supporting a yo-yo club is rarely boring. Regularly performing at either extreme, fans either end up worrying about a relegation battle or are spurred on by the chance of promotion. It is certainly not for the faint of heart but what is football if not to experience both highs and lows?

Ask most supporters of yo-yo clubs and they would tell you going up and down is better than simply staying put, perhaps in mid-table obscurity for years on end. This particularly applies to any top-flight promotion as you get to see your team battle it out against the best in the country in the biggest stadiums. Many games will of course end in defeat but the rare upsets provide memories fans can cherish for years to come.