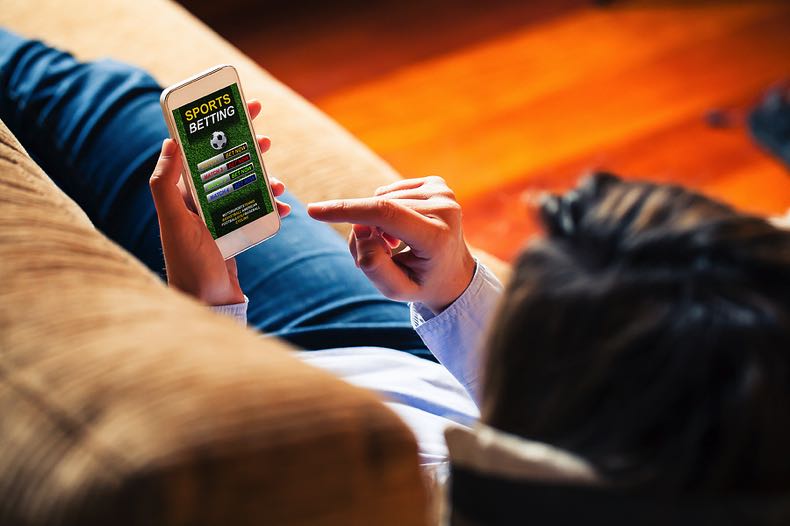 Ante post betting is hugely popular in many sports including horse racing, golf and tennis but here we are looking at it solely in relation to football. Many regular football punters love the ritual of picking out their ante post bets football bets during the summer post-season and watching them unfold over the following months.

Get things right and one small stake can not only keep you entertained for nine months or more but it can also yield a really big win. That sounds like a great idea but are ante post football bets worth placing and if so, what rules should you be aware of?

Let’s start right at the very beginning for those who may have heard the term “ante post football betting” but perhaps aren’t 100% sure what it means. The concept of an ante post punt is the same no matter what sport it relates to and the term comes from horse racing and means “before the post”.

There is some disagreement about the exact origins of the word but most believe the term derives from how betting was carried out at courses in the 1800s (Merriam-Webster date it to 1865) when a physical post was used to indicate that betting was underway.

Etymology aside, in modern horse racing, ante post betting typically refers to bets placed on a race prior to the overnight declaration. This usually takes place the morning before a race and before this stage the runners are not 100% confirmed. In general, sports betting it may refer to bets placed at least a day before the event but more usually it means bets placed before the field and full details of an event are finalised.

The most important thing to be aware of with any ante post wager is that if your pick doesn’t play, run, qualify for or enter the match, race, tournament or event, you will not get your stake back.

Whilst ante post bets are usually made at least a day in advance, they can be placed many months or even years in advance, such as a bet on a team to win the World Cup before they have even qualified, or for a horse to win the Grand National in 12 months’ time immediately after that year’s race.

When it comes to football this isn’t really the case. So, for example, if you make a bet in midweek for a match on Sunday, this isn’t usually considered an ante post wager. And, of course, when it comes to a game of football you would (almost) always know the two teams involved. Whilst you might make a bet on a first goalscorer without knowing which players were definitely playing, this is not considered an ante post bet and if a goal is scored before your pick gets onto the pitch you typically get your stake back.

Instead, ante post betting in football generally refers to a quite specific range of bets and these are mainly long-term outright bets as opposed to wagers specific to a particular match. Ante post football bets are usually made pre-season for league-related bets, and well before the tournament begins for cups. Some of the most common and most popular ante post football bets are:

With the bets above, whilst a punter will typically know all the “riders” (by which we mean, for example, all the teams that are in a given league) lots does still remain unknown. This is really what makes the bet an ante post one. When it comes to season-long outrights made in June or July you may not yet know the fixtures, there will be many transfer deals to be done and managers may move clubs.

In terms of top scorer bets, transfers may scupper a wager before it even gets going, for example if the player you backed for Top Championship Goalscorer gets a big move into the Premier League, or a player suffers a serious injury in pre-season. In competitions such as the World Cup, you might back a side for glory before they have even qualified for the finals only to see them stumble and not even make the tournament-proper.

This element of the unknown is what makes these ante post bets. It also means they potentially offer bigger odds because you are taking on extra risk. If the bookie offers five or six top players in a pre-season, ante post Premier League top scorer market, for example, they know there is at least a chance that one (or more) may get injured in pre-season or perhaps even move out of the division. Because these are ante post bets they do not need to refund the stakes, even in, say, the highly unlikely and obviously tragic event that a player died.

That’s an extreme and improbable scenario but the key point is that you as a punter are taking on extra risk, due to additional unknowns. This means the bookmaker can offer bigger odds, not least because they get to keep your money in the event your player or team doesn’t even play.

The appeal of the bigger odds and the fact you get the excitement of watching your bet slowly unfold over an extended period of time is what draws people to ante post football bets. However, you should always be aware that those longer odds do not necessarily mean better value, because you are taking on extra risk and throwing more unknowns into the equation.

Get things right and you’ll get 10 months of excitement from a single bet plus huge odds and a big profit. If luck doesn’t go your way, however, you may find yourself out of pocket before the bet has even started, with no chance at all your bet even giving you a run for your money.

The only thing to really be aware of when it comes to ante post betting is that your stake will not be returned in the same way it is in many other markets when your selection fails to “run”. If you back a team for the World Cup and they get disqualified prior to the finals, you bet on a player to be top goalscorer in the Premier League and he moves to Barcelona before the season starts or any other unforeseen circumstance makes your bet a non-starter, unfortunately it is just bad luck.

Ante post bets are usually very clearly marked at the best betting sites so it should be easy to see when you are making where these rules will apply. The other thing to note with ante post bets is how they may be settled in the sort of unpredictable scenario many sports had to deal with in 2020.

No doubt there were many punters who had backed Liverpool for the title before the season began who were concerned their bets may be voided or not settled depending on whether the Premier League was able to finish or not. Of course, such events are thankfully very rare but with any long-term event there is always a greater chance of something unpredictable happening so it is worth bearing in mind.

Most of the best football betting sites offer cash out on their ante post markets but, as with all cash out, this throws punters the extra decision of whether or not to cash out or to let things play out. Deciding if and when to cash out is tricky but in general we advise against it.

Cash out was a great invention for bookies and much as they like to portray it as something that gives us punters more power, really it is just another bet. Effectively cash out is a counter bet to your initial wager and that means that just as with the first stake, the bookmaker takes their cut by factoring in a profit margin for themselves.

That said, cash out can be useful, if for example you feel you have an edge over the bookie that makes it a value bet. More commonly it can be worth using if your initial bet was an optimistic punt at long odds that has started to look good. If you have got lucky and are now looking at a potential profit, quitting whilst you are ahead may be wise.

We contrast that scenario with a bet that you had real faith in and was well-researched and is going to plan, where instead we would say that if nothing has changed you would be unwise to cash out and sacrifice some of your potential profit.

This is especially the case with the sort of long-term bets typical in ante post football betting. Betting should be fun but when the stakes, or more accurately potential wins, are high, it can get quite worrisome. If, for example, you have a very profitable ante post acca starting to take shape as the season progresses, the wait from March to May (or August as in 2019-2020!) can seem unbearable. Cash out means you can forget about the bet and take a profit too.

What If A Bookie Goes Bust?

One concern that some people may have with an ante post bet on football is that it ties up their cash for a long time. We only work with highly respectable and trustworthy bookmakers but as we have seen over the years with many giants of the high street (non-gambling firms), even huge companies can go bust. So should you be worried about placing an ante post bet in case the bookie goes bust?

We have separate articles that look at bookies going bust in more detail, covering ones that have and what happens to your bets. However, this is particularly relevant with bets that you might place weeks, months or perhaps even years ahead of settlement.

Many ante post bets are small-stakes accas, for example on who might win the Premier League, the Championship, the Bundesliga and La Liga. With a small stake there is less risk, although of course if things go well you should also be thinking about your potential winnings as well as your initial stake value.

The glory of turning a £1 ante post football 10-fold into a six-figure sum would be quite something but if the bookie goes bust before you are able to withdraw your winnings that pride would soon turn to seething resentment and anger.

Equally not all ante post bets are for small amounts and over the years there have been many punters who have placed five-figure sums and more on a team to win a league or cup. Ultimately, as with all bets, the best odds and the best freebies are not the only thing to consider and placing your wagers with only the most trusted and profitable bookies is something to think about. That is more the case if your stake, potential winnings, or both are for large amounts.

The other thing to consider is how the bookie you are using ring-fences their funds in the case of insolvency. Some offer more protection that others and so once again, if you are betting big, this is something to think about.

In the absolute worst case scenario when a bookie goes under, there is always a chance that another bookmaker may take over an ailing one and assume responsibility for their bets and debts. This, though, is unlikely and the chances are that should your bookie go bust, you can wave goodbye to that lovingly crafted ante post acca.

Mind you, there are two things to note here. Firstly, this is a highly unlikely scenario, especially if you stick to major brands. Secondly, if your big accas are anything like ours they’ll be dead in the water long before May anyway!