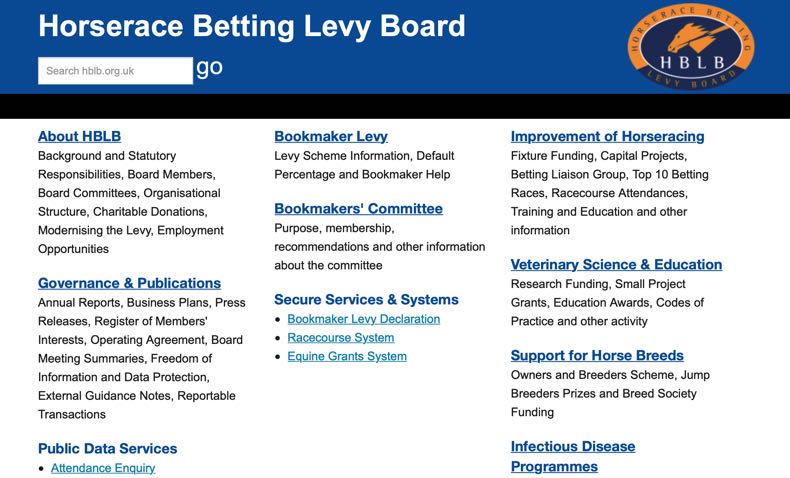 The sport of horse racing is filled with many words and phrases with which the uninitiated are no doubt unfamiliar, many of which concern either the horses themselves or the types and conditions of the various race classifications. There are however other frequently used terms which refer not to the mechanics of the sport but rather to how it is run or governed.

Two such terms which frequently crop up in racing discussions on TV, on the radio or in print are “levy”, and the related Horserace Betting Levy Board (HBLB). Unfortunately, we have to report that knowledge of the meaning of these terms, and exactly how they function, will in no way help you in the never-ending search for winners. However, it never hurts to learn a little more about how the Sport of Kings is operated and funded in the modern age, even if it only means you can nod knowingly rather than stare blankly next time the subject crops up on TV. Let us take a closer look. 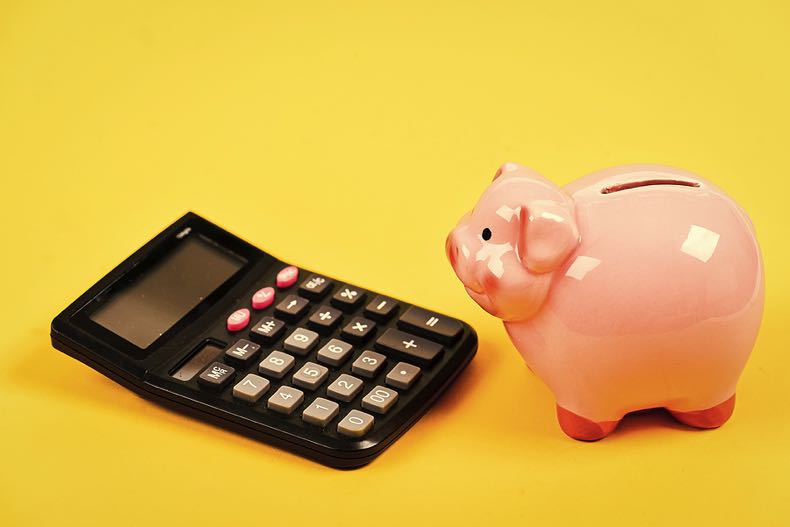 First things first, let’s turn to the word levy. Apologies if this is second knowledge to any readers, but much like many terms in racing – we are thinking of the likes of “Guineas” and “furlong” here, which hark back to Ye Olde English – the word “levy” is not amongst the most commonly used words in the English language.

Thankfully, its meaning is rather straightforward, with the word levy being effectively interchangeable with another word with which, for better or worse, we are all familiar. That word is tax. But who is to be taxed in horse racing, by whom, and how? That’s where the Horserace Betting Levy Board comes in.

The HBLB is a statutory body which falls under the umbrella of the Department of Culture, Media and Sport. The purpose of this board is to collect the Horserace Betting Levy and reinvest the funds gathered for the benefit of the sport.

Now turning to the question of, who is to be taxed (levied)? It is in fact our good friends the bookmakers who bulge the coffers of the HBLB year after year. All betting firms who generate a profit from betting on horseracing must pay a levy on those profits to the HBLB. The first £500,000 in profit made by each individual bookmaker is exempt, with any amount over and above that £500,000 threshold then being levied at a rate of 10%. Now £500,000 may initially sound like a fairly large levy-free buffer, but it is really only a drop in the ocean to the larger betting firms, with its main aim being to assist the smaller independents.

This 10% tax on horseracing profits may not seem like all that much initially, but it must be remembered that horseracing is pretty big betting business, and even that 10% sum provides a substantial amount of cash which can then be reinvested into the sport. Exact amounts, of course, vary from year to year, but the latest total of £97 million generated in 2020 gives a good idea as to the type of figures we are looking at here. So, what does the HBLB do with all this cash?

How Is the Tax Used?

Around 90% of the income generated each year is reinvested into the sport. Of the remaining 10%, a small proportion is taken as an administration cost, with the remainder being held in reserve. Given the figures involved, it is no surprise to learn that the HBLB is one of horseracing’s biggest contributors and plays a hugely important role in the sport’s ongoing success and viability.

So, What Exactly Does the Levy Board Fund? There are several areas in which the HBLB invests the generated funds, with the most significant percentage (65-70%) going directly into boosting the prize money purse – which is vitally important to attract new owners and to keep existing owners in the game.

After prize money, the HBLB’s next biggest investment goes to the racecourses themselves. These funds are used in several ways, from contributing towards race day costs to enabling tracks to stage a meeting which may otherwise be economically unviable to maintain a consistent flow of fixtures throughout the season. That steady stream of racing, and the related betting turnover it brings, is of course greatly beneficial for the generation of the future levy.

Prize money and racecourse investment make up the lion’s share of the allocation of funds, but there are many other areas which benefit from the HBLB’s cash distribution, including but not limited to industry recruitment and training, sectional timing, betting industry partnerships and the Point to Pointing sphere.

Of course, none of the above would be possible without the racehorse itself. It therefore only seems right that a proportion of the funds is used for the benefit of the animals around whom this whole sport is based. Thankfully, the HBLB acknowledges this debt to the breed and has granted well more than £30 million to equine veterinary science since the year 2000, leading to improvements in racehorse welfare, better understanding and treatment of diseases and injuries and more.

With funds also being invested in breeding operations and the retraining of racehorses, the HBLB effectively makes some sort of contribution to the welfare of the thoroughbred from the moment of birth and all the way through to retirement.