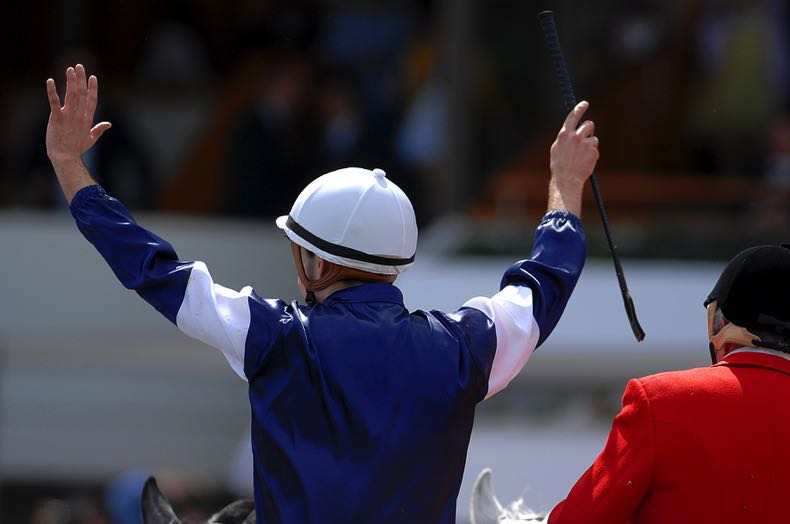 The sport of horse racing boasts many huge events around the world – those contests which stand above the rest, both in terms of prestige and monetary reward. The recent explosion in the value of the Dubai World Cup and the Saudi Cup have put all other flat contests in the financial shade. However, we don’t have to look quite so far afield to find the richest jumps race on the planet. Only as far as Merseyside in fact, as it is the historic and world-renowned Grand National which sits atop the jumps racing tree.

Australia’s Melbourne Cup may have earned the nickname of “the race that stops a nation”, but the Grand National isn’t too far behind it on British shores, with the marathon event over those famous fences continuing to draw in levels of viewing figures, and betting turnover, which blows everything else out of the water. And, it is, of course, that level of popularity that has helped to propel the race’s value, with a stream of high-profile sponsors, in combination with backing from the industry itself, seeing the total prize money figure hit the £1 million mark in 2014. A level at which it has remained ever since.

But where exactly does all of this prize money go? And, how much of it makes it to those brave men and women in the saddle? For if there is one race in which the jockeys really do earn their keep, it is surely in this stamina-sapping contest which sees these diminutive sporting stars saddle up aboard a one-tonne beast and propel themselves over foreboding obstacles, such as Canal Turn, Becher’s Brook and the Chair.

Here we take a look at the financial rewards on offer in the racing event which continues to capture the public imagination unlike any other, with a focus on the extent to which the riders can expect to see their bank balance boosted should they etch their name into the history books. 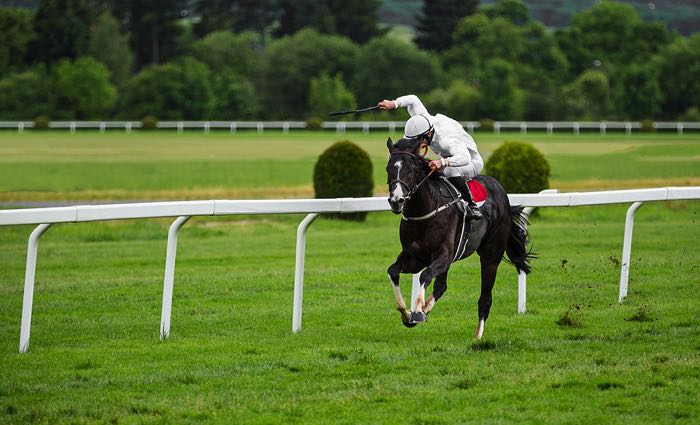 As mentioned, that headline-grabbing figure of £1 million in total prize money does make the Grand National the richest jumps race in the world. However, as with the overwhelming majority of horse races, this isn’t a straight winner takes all event. Whilst the first past the post will rightly collect the lion’s share of that bounty, the Grand National does reward the other runners to have fared well on the day.

Up until 2008, the first six home were granted a percentage of the pot, with this then being extended to the first eight finishers between 2008 and 2011, and then still further to the first 10 in 2012. This top 10 pay-out sees 25% of the 40-runner field receive a financial reward, with the £1 million bonanza being split as follows.

These days, along with the glory of coming home in front in one of the most famous and challenging races on the planet, connections of the winning horse can expect to also be rewarded with a cheque for a cool £500,000. However, not all connections are created equally when it comes to how this prize money is dished out. So, who gets what?

It is, of course, only right that the owners receive the greatest share. It is their horse after all and they do take on all of the financial risks in terms of buying the horse, paying for its upkeep, training fees, entry fees, and so on. Without owners, the sport of horse racing simply would not exist, and as such there are few who would begrudge them their 75% share of prize money, which in the case of the Grand National winner equates to a handsome £375,000.

Next in line, come those men and women charged with readying the runners to peak on the big day – the trainers. Responsible for the health and wellbeing of the animal on a day to day basis, a 10% share seems a just reward for their efforts. That’s a £50,0000 windfall for a victory in the Aintree showpiece.

The Jockey’s Rate Depends on Placement

And, then we come to the jockeys, who, whilst not being as financially invested as the owners, or having quite the same responsibility as the trainers, do certainly top the pile when it comes to the risk to their own health – particularly in this race which provides the biggest fences the sport has to offer. The exact share a jockey receives can vary according to the race type, but when it comes to the Grand National, generally hovers around the 9% mark – returning £45,000 for a win.

It is important to note though that unlike that of the owners and trainers, the jockey’s percentage share does differ depending upon whether the horse wins the race or finishes in the placed positions – that being the top 10 for prize money purposes in the Grand National. The difference is pretty significant too, falling from 9% for the win to just 3.5% for a finish between second and 10th. The below table shows the prize money awarded to the top 10 jockeys from the 2019 edition of the great race and serves to illustrate just how big this disparity is between first and the rest.

Significance of Prize Money to Jockeys

Now whatever way you look at it, £45,000 isn’t bad for what usually amounts to around nine minutes of work – even if that work certainly isn’t for the faint of heart. But just how significant is this sum to the jockeys? The best way to analyse this is by taking a look at the average earnings of a modern-day jump jockey.

Unlike professionals in other popular sports, such as football, rugby or cricket, the vast majority of jockeys are self-employed, being paid for their services rather than as a salaried employee. There are, of course, exceptions to this in the form of those jockeys retained to ride for certain owners of trainers.

Tony McCoy, for example, was reportedly paid a sum of £1 million per year by JP McManus to secure his services to ride the runners in green and gold. However, this kind of arrangement does only really apply to the elite riders at the very top of the sport and a fairer comparison would result from examining the type of sums earned by the majority rather than this select minority.

How Much Does a Jockey Earn?

National Hunt riders receive a set payment per ride, with the latest figures (as of 2021), placing this amount at £169.85. With the mean number of rides per jumps jockey per season coming in at 215, this puts the average basic income of a modern rider at £36,517. Not bad, but hardly in the realms of other sports, such as football. And, that’s before we factor in all of the jockey’s outgoings. 10% of this sum goes to an agent, 3% to the union, and somewhere in the region of 4% to the valet. With further hits related to insurance and bank charges, a rider stands to lose around 25% of this income. And, that’s before HMRC has their way, or indeed any transport costs are factored in – estimated to be up to £6,000 per year in some cases.

Factoring in all of these outgoings, that brings the base income of your mid-level jockey down to around £27,388 (pre-tax and transport costs). This can, of course, be boosted by sponsorship arrangements and will vary widely from the top end of the game to those lower down on the racing rungs. Putting those caveats to one side though, it can still be seen that prize money, and especially an amount such as the £45,000 awarded for a win in the Grand National, is likely to have a significant impact on a rider’s financial year.

Having now determined how much a rider can expect to earn should he come out on top in the world’s greatest steeplechase, and how much difference it can potentially make to his bottom line, we will conclude by taking a look at the most successful riders in the Aintree extravaganza in the current century. Factoring in all earnings resulting from win and placed finishes over this period, it is the following 10 riders who come out ahead of the rest.

Taking a closer look at the top five, it is Leighton Aspell who leads the way courtesy of his back-to-back successes with Pineau De Re in 2014 and Many Clouds in 2015, with those earnings being topped up by a runners-up finish aboard Supreme Glory in 2003 and a seventh-place result on Lord Windermere in 2017.

Another back-to-back winner comes next in the list in the shape of Irishman Davy Russell. Eighth aboard Morning Assembly in 2016, Russell improved to partner Saint Are to a third-place finish in 2017, before earning his place in Grand National folklore with successive victories aboard the hugely popular Tiger Roll in 2018 and 2019.

Ruby Walsh scores highly when it comes to consistency, having made the money in an impressive nine editions of the Grand National between 2000 and 2019 – a figure only bettered by Barry Geraghty’s 10 over this period. Another dual winner, the fact that Walsh sits in third spot is simply due to the fact that his two victories – aboard Papillon in 2000 and Hedgehunter in 2005 – came when the total prize money on offer for the race was “only” £500,000. Barry Geraghty incidentally just misses out on the top 10, coming in in 11th spot.

Another big name up next. The biggest of them all in fact, as it is the greatest ever jumps jockey who fills the fourth spot. Sir A P McCoy, had to wait a while before registering his first win in the big race, and having finished third with Blowing Wind in both 2001 and 2002, and then again on Clan Royal in 2006, there were those who were wondering whether the multiple champion jockey’s day would ever arrive. Arrive it did though, with McCoy famously bringing the Aintree house down aboard the well-backed Don’t Push it in 2010. That would turn out to be McCoy’s only win in the big one, with further third-placed finishes aboard Don’t Push It in 2011 and Double Seven in 2014 being as close as he would come to a second success.

Other than Liam Treadwell, the head of the leaderboard is a clean sweep for the Irish riders as it is David Mullins who rounds out our top five. Partnering Rule The World to victory for Mouse Morris in 2016, Mullins then failed by just a head when second to Tiger Roll in what was a real thriller in 2018.