Since its introduction in 1960, the UEFA European Championship has been held every four years, in between World Cup events. The only exception to this pattern, is the rescheduling of the delayed 2020 European Championships to 2021, due to global disruptions that had an effect on almost all sports.

Since 2007, a total of 24 teams have competed at the Ueors, after a push led by the Scottish Football Association and the Football Association of Ireland to include the various football associations that appeared in Europe after the break-up of several nations. Of the four United Kingdom teams – England, Scotland, Wales and Nothern Ireland – only England tried to oppose this inclusive expansion. With the Euros 2020 having been postponed to summer 2021, the excitement surrounding the competition was even higher than usual. Uniquely, the 2020/21 competition, instead of taking place in a host country, was spread across various countries in Europe.

In the United Kingdom, Wales, England and Scotland all qualified for the 2021 competition. This marks Scotland’s first qualification for a major tournament since the World Cup in France in 1998 and it is Wales’s second-ever qualification in the European Championships. Since no team from the United Kingdom has ever reached the final of the Euros, at the time of this being written, tensions and apprehensions are high, and many are looking at the previous records of the successes and failures of all four nations. Note that all information in this article is based on performances and rankings prior to the rescheduled 2020 European Championships.

The Best Performances of Each Team

Though many people would think it is fairly obvious which of the home nations has come closest to winning the Euros, it’s worth noting that two of the four have made it as far as the semi-finals. 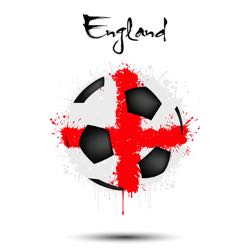 England have qualified for the European Championships the most times of all four nations teams. Including Euro 2020, they have qualified a total of 10 times and failed to qualify on five occasions (they also did not enter the inaugural championship in 1960). In the 1968 European Championship, held in Italy, England finished in third place after being beaten 1-0 by Yugoslavia in the semi-finals. The Three Lions, who won the World Cup in 1966, then beat the Soviet Union 2-0 in the third-place play-off.

England finished third for the second time when they hosted the Euros in 1996. After topping their group (that also included Switzerland, Scotland and Netherlands), England beat Spain on penalties in the quarter-finals before drawing 1-1 with Germany in the semis and losing on penalties. As there was no third-place play-off, England were jointly awarded third place along with France. As there were 16 teams competing at this tournament and only four back in 1968, this stands as England’s best performance to date. 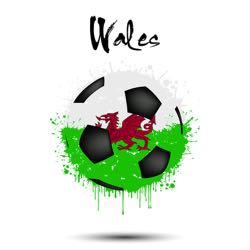 Wales, in the 2016 competition held in France, reached the semi-final stage of the tournament, before being knocked out by that year’s winning team, Portugal. This was a considerable achievement as they had failed to qualify in all previous years (except 1960 when they did not enter).

Statistically, reaching the semi-finals (and hence claiming joint third place) on their only qualifying entry in the competition does look particularly good. However, it remains to be seen if the team will continue on from this strong result in the current 2021 competition, or if the 2016 result was simply a one-off. 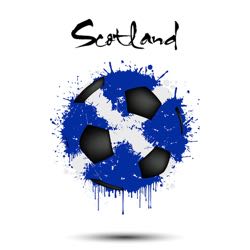 Scotland has managed to reach the same stage in the European Championships on two separate occasions. Qualifying in both the 1992 and 1996 competitions, the team did not manage to progress beyond the group stage. In 1992, the first year the team had ever surpassed the qualification stage of the tournament, they were unfortunately eliminated after being defeated by both Germany and the Netherlands, despite an impressive win over the CIS.

In 1996, they were eliminated from the group stage on the basis that the Netherlands, who finished on the same number of points and goal difference, scored more goals than the Scots. Given that Scotland earned four points from their three games in 1996 and only two in 1992, their best performance at the Euros was in 1996. 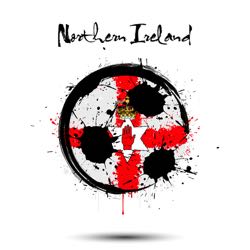 The Northern Irish team has failed to qualify for the European Championships every year since they first entered the tournament in 1964 (having not entered in the first tournament in 1960). This streak was broken with the 2016 competition.

After qualifying that year, they reached the round of sixteen stage after edging through a tough group that included Germany, Poland and Ukraine. They were then beaten, and consequently unable to progress to the quarter-finals, by Wales, after an own goal by the Northern Irish defender Gareth McAuley. Having been so close to a place in the quarter-finals in the team’s only qualifying entry, this is not a feat to be quickly dismissed.

The Worst European Championship Performances by Each Team 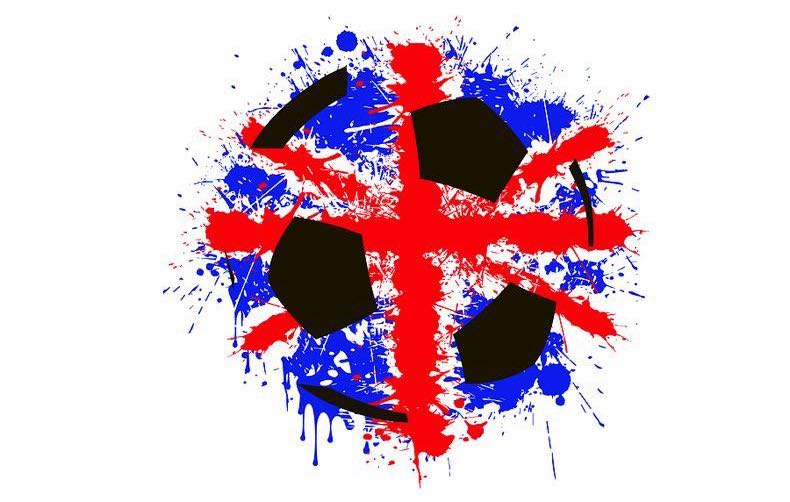 And, now let us take a brief look at the worst performances by the home teams at the Euros.

Northern Ireland, having only qualified once for the European Championship, have the unfortunate situation that their worst performance (not counting the years the team failed to qualify) is also their best. Their elimination by Wales put them into sixteenth place, preventing the team from being able to advance to the next phase of the competition.

If taking into account qualification too, Northern Ireland’s worst performance was their campaign to make it to the 2004 Euros. From their eight qualifying games, they managed to win a grand total of zero. And, to make matters worse, they didn’t score a single goal! It is notable that Northern Ireland are the only United Kingdom team not to have qualified for the 2020 European Championships.

England, having participated the most in the European Championships of all four home nations teams, have been knocked out in the group stages four times out of nine qualifications. In both 1988 and 1992, they finished in seventh place out of eight. When the competition grew to include more teams, they finished in 11th place of sixteen teams in 2000. This low placing was bracketed by their 1996 semi-finals and 2004 quarter-finals achievements.

Statistically, even though Scotland reached the same stage and placed in the same ranking two years in a row, their performance in 1992 is the worse performance of the two qualifications. Despite scoring more goals than in their 1996 matches, the team conceded a goal more in 1992. They also lost a game more than they did in the following 1996 competition, where they drew against the Netherlands.

Looking at their often rather unsuccessful qualification campaigns, and the worst has to be their wretched attempt to reach the 1984 tournament. Of their six games, they managed just one victory and two draws and fell well short of making it to the tournament proper.

Similarly, to Northern Ireland, Wales best performance, having qualified once before Euros 2020, which has yet to unfold at the time of writing, is also their worst. In the 2016 tournament, they reached the semi-final stages, finishing in joint-third place out of 24 teams. They were beaten at this stage by Portugal, who went on to be the champions that years.

When looking at their qualification campaigns, Wales messed things up when they won just one of their six games when trying to make it to the 1968 tournament. Their two wins from 10 qualifying games for the 1996 tournament was also pretty dire.

Which Teams Have Reached the Final? 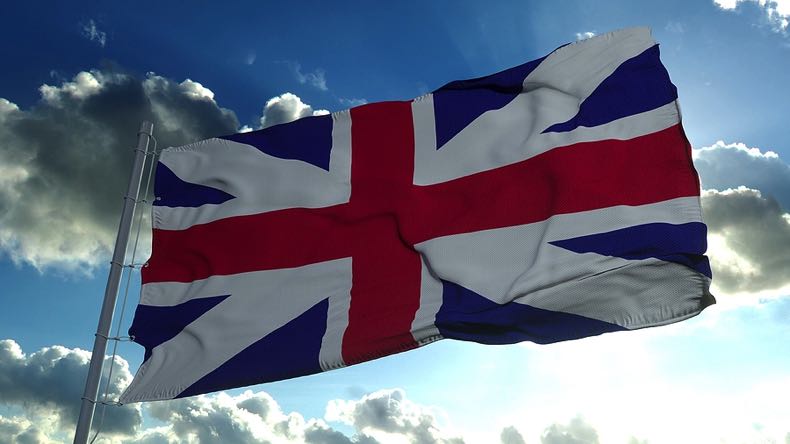 Perhaps surprisingly concerning the English national team, none of the United Kingdom’s four nation teams have ever been able to reach the final of the European Championship. England and Wales have managed to reach the same stage of the competition, which is also the highest stage any team from the United Kingdom has been able to reach. Both of these teams made it to the semi-final in different years, before being beaten into third place.

England were beaten by Germany and Wales were beaten by Portugal. As it turned out, both teams were therefore knocked out by the winners of the competition in their respective years. The Scotland team has not progressed past the group stage, being sent to the knockout stage instead. The Northern Ireland team has not passed the round of sixteen stage, where they lost to Wales in 2016.

Within the United Kingdom, England is home to vast majority of the population. As of February 2021, 84.27% of the UK population resides in England. This equates to 56.29 million out of 66.8 million inhabitants overall. In comparison, Scotland has only 5.46 million people living there. This is less than 10% of the English population. Following from that, Wales has a population of 3.15 million, while Northern Ireland is home to 1.89 million people (according to statistica.com).

With England having a minimum of 10 times the population of each of the other three nations, and therefore, at least 10 times the potential pool of players, it is clear why England have qualified more times than any other home nation. However, in contrast, it shows the level of the achievements of the other teams when they have qualified, being at something of a disadvantage compared to England in terms of the number of available players.

Summary of Performances in the European Championships

Who Has the Best Record of the Four Nations of the United Kingdom? 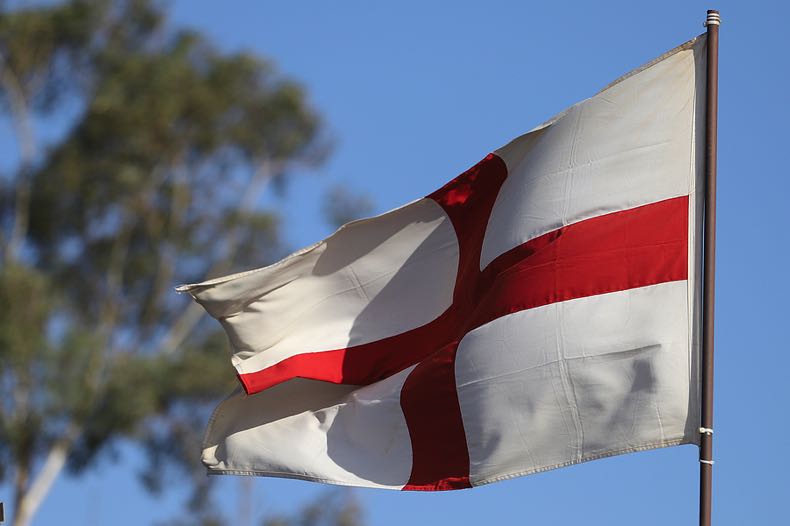 In conclusion, it is clear that England has the highest rate of qualifying for the competition, but has only reached the semi-finals, twice out of nine qualifying events (the first of which was when only four teams took part). Compared to this, Wales, with only one qualifying entry, managed to reach the same stage.

The Welsh team managed to make the semi-finals on their one previous tournament (prior to Euro 2020) which might suggest consideration that the Welsh national team might be presenting as stronger than England in the past few years. But realistically, over the years, England have shown themselves to be far more consistent, not least at making it to the Euros tournaments in the first place.

Scotland’s two qualifications have driven them to the same rankings in both events, highlighting the previous consistency that the team has held. Northern Ireland, out of fifteen entries, has only succeeded in qualifying once and though they surpassed expectations to make it out of the group, the fact they have not qualified before or since means they can’t really be considered here.

With the 2020 (or 2021 if you prefer) European Championship having kicked off, at the time of writing, England is the team that has qualified the most times, and the only team to reach the semi-finals twice. Regarding consistency of both qualification and performances at the tournaments themselves, it is rather conclusive that England, overall, have the best record of the four teams at the European Championships.