The 2020 Tokyo Olympics fell victim to the terrible events that unfolded around the world that year and continue to trouble almost all nations around the globe today, more than 18 months after the seeds of the pandemic first sprouted. For a long time in spring 2020, the Japanese and Olympic authorities insisted that the games would go ahead as planned, despite it seeming obvious to just about everyone else that this would not be possible. Over the past 18 months, we have seen so many changes of direction and so much backtracking and rescheduling of rescheduled events that saying anything with too much certainty right now is surely foolish (not that it has stopped the government from making such guarantees and proclamations).

Nonetheless, on the 3rd of June, 2021, it was reported by the BBC that Seiko Hashimoto, the Tokyo 2020 president, was 100% certain the games would go ahead. Specifically, she said, “I believe that the possibility of these Games going on is 100% that we will do this.” 100% certain she may be but we are 100% certain it is impossible to be 100% certain about such things. Nobody knows what the future holds and aside from the minuscule risk of Earth being destroyed by a meteor or aliens from an undiscovered planet massacring us all (all positive stuff, hey?), there is at least a small chance that a certain cold-like virus may interfere with the staging of the Games.

Whilst Hashimoto might talk of the Tokyo Olympics going ahead as being 100% guaranteed, our probability head is telling us that simply isn’t true. But freak events aside, how much can we read into her recent statement and is it realistic to expect the Olympics still to take place in 2021? As with virtually all things related to these almost unfathomable events, this is a situation that can change very quickly. But what do we know right now and what is the current situation with regards to the Games?

The Public & Experts Have Doubts

As per the news report mentioned above the official line is that the Games are very much on and are set to get started on the 23rd of July. The BBC reported that “No international fans will be permitted this summer at the Olympics or Paralympics” and that a “new wave of infections began in April in Japan, where some areas face restrictions until 20 June.”

Overall, the picture in the nation is better than in many European countries, with deaths relatively very low at just over 13,000 (the population of Japan is roughly double that of the UK). However, the vaccination rate is very low, with less than 4% of the population fully protected, a figure which lags behind just about every developed nation in the world.

Majority of Locals Unhappy to Host

This latter issue is a concern for many Japanese citizens who are said to be worried about an influx of people from all around the world into the country. Whilst fans will not be permitted from abroad, there will, of course, be thousands of athletes, coaches and support staff. Of course, there will be rigorous safety protocols and testing but even so, the Japanese public remains worried. Over the past few months, a range of surveys, polls and studies have suggested that between 60% and 80% of people in Japan do not want the Games to go ahead.

With fewer than 50 days until the opening ceremony, some athletes have already started arriving. The Australian women’s softball team were the first to fly into Japan and have all been fully vaccinated, committed to daily testing and been highly restricted in their movements. Despite these restrictions, the majority of Japanese people feel the Games should be cancelled or at the very least, postponed once again.

Shigeru Omi, one of the country’s chief medical advisors, seemed to agree, when he recently told parliament that it was “not normal to hold the Olympic Games in a situation like this”. It was also reported that Japanese doctors argued that going ahead “would strain a healthcare system already seeing record numbers in critical conditions.”

Officially, the Olympics Are Going Ahead 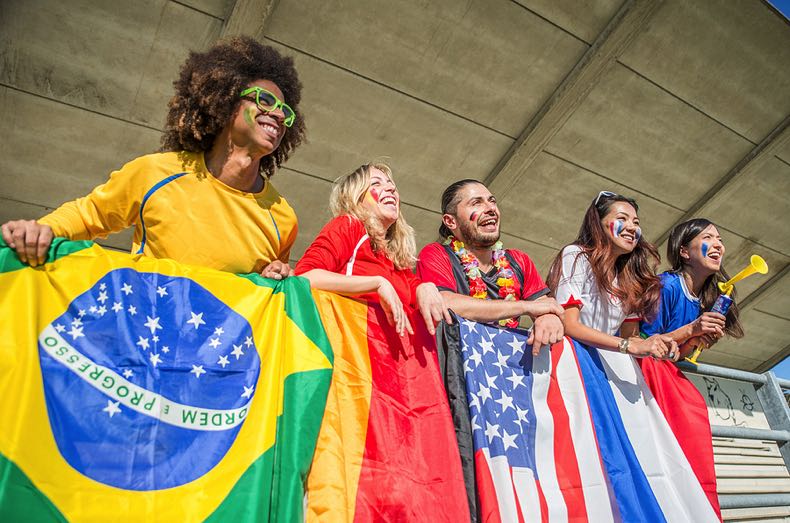 However, despite these obvious, major and loudly voiced concerns, the official line from the Japanese government, the International Olympic Committee (IOC) and the local organisers, is that the Tokyo Olympic Games will go ahead as planned this summer. Indeed, back in May, one of the IOC vice-presidents, John Coates, stated that the safety measures in place meant the Games could and would go ahead “whether there is a state of emergency or not”.

With the more recent statement from Hashimoto as well it is clear that right now things are all systems go. Of course, we should remember that back in March 2020, many were adamant that the Games would go ahead later that year. On the 14th of March, 2020, the Japanese Prime Minister Shinzo Abe was reported as saying that Japan would “overcome the spread of the infection and host the Olympics without problem as planned”, adding that postponement or cancellation was “not a subject at all”.

However, in one of those many volte-faces we have talked about, just 10 days later, the Japanese PM announced they would indeed be postponed but insisted they would be held within the next year “to prove that humanity has beaten the novel coronavirus.” In other words, 10 days after being 100% sure about Plan A, it was on to Plan B, an option he was equally 100% sure about.

As said, this is a situation that can and may change very rapidly but the current stance is that the global showpiece is 100% on. As you may have realised, we aren’t too happy with these 100% guarantees but based on the various safety measures that will be in place, of which more below, it certainly does seem likely that the Olympics should be able to go ahead.

There are not currently odds available on whether or not the Games will be cancelled (though there were odds available shortly before the postponement in 2020) but if there were, we firmly believe it would be odds-on that they do go ahead. We will, of course, update this piece should new information come to light.

What Safety Measures Will Be in Place?

The Japanese government and IOC are at pains to point out that despite the clear risks, everything is being done to make these Olympics as safe as possible. The British Olympic Association (BOA) announced, for example, that all of their athletes will have the chance to be fully vaccinated ahead of the Games. A BOA statement said that due to an “agreement between the IOC and Pfizer BioNtech, Team GB and Paralympics GB athletes and support staff will be fully vaccinated ahead of the Tokyo 2020 Olympic and Paralympic Games”. They added that “the vaccines will be obtained directly from Pfizer, and will not impact current supplies for the British public”.

Being fully vaccinated is not understood to be a condition of entry into Japan, but it seems that many teams will take this approach. The IOC said they believed around 80% of athletes would be vaccinated. In addition, the number of support staff each team takes is being limited as much as possible. Hashimoto has further sought to downscale the Games by reducing from 180,000 to fewer than 80,000 the number of journalists, officials and other Olympic staff that will be coming to Tokyo.

At this stage, it is unclear whether local fans will be able to attend, with a decision on that set to be made once Tokyo exits a state of emergency, something expected to happen on the 20th of  June. However, full stadiums are highly unlikely which will also reduce the number of stewards, volunteers and medical staff that are needed.

Athletes and other incoming members of the teams will not have to quarantine but will be tested in their home countries, upon arrival into Japan and then daily whilst in the country. Despite these rigorous measures, athletes will also stay in a secure bubble and will not be free to mix with Japanese citizens.

There can be no cast-iron guarantees, but at this stage, it certainly seems highly likely that the Tokyo Games will take place in 2021. There is much talk of athletes’ careers and the dedicated training they have had to endure but as with many things in this world, ultimately it may all come down to money. According to the BBC, if the Games were cancelled it “could severely damage its (the IOC’s) finances, and the future of the Olympics”. They estimated that almost 90% of the IOC’s funding came from broadcast rights and sponsorship, so should the Games not take place there would be a major hole to plug.

Equally, should Japan decide to cancel and bow to domestic pressure, it would be a huge financial blow for them. Cliché though it may be, honour is very important in Japanese society and the loss of face from backing out of the Games is not something any Japanese leader would want to countenance. It may be that this would be a bigger factor but even so, the £10bn that cancellation is estimated to cost cannot be ignored.

Put all these factors together with the aforementioned safety measures, particularly the high vaccination rates of incoming athletes and daily testing, and we have to feel that the Olympics will take place. Let’s hope we are right.