The United Kingdom currently has sixty operating racecourses and Scotland is home to five of those. Although this may seem like a small number, what Scotland’s courses may lack in quantity, they more than make up for in quality. From the first ever Scottish racecourse in Lanark, during the reign of King William the Lion, to the annual Scottish Grand National at Ayr Racecourse, Scotland has definitely made its mark in the British racing community.

Scotland’s love of horse racing has spanned over 900 years, with the Lanark Silver Bell race being one of the first ever documented horse racing events and even today, racehorse owners send their animals across the country and the world to take part in contests at some of Scotland’s venues. The changes in the relatively consistent Scottish racing scene have included closures of Lanark Racecourse, Bogside Racecourse and Leith Races. Here we take a closer look at the courses that survive today and some of the biggest races they host.

Of the five courses located in Scotland, two of these are exclusively for National Hunt racing, one is solely used for Flat racing and two are dual purpose courses, catering to both racing styles.

The most northern racecourse in Britain, not only in Scotland, is Perth Racecourse. This course was founded in 1908 in Scone Palace Park. Perth is a National Hunt exclusive racecourse, with 14 annual fixtures and its flagship race is the City of Perth Gold Cup. This handicap chase run is typically held in June and is run over 3 miles.

The second, and only other, exclusively National Hunt course in Scotland is situated at Kelso. Located in the Scottish Borders and founded in 1822, Kelso is, today, self-billed as ‘Britain’s Friendliest Racecourse’. Their principal event, the Premier Kelso Hurdle, is run over 2 furlongs and 2 miles, and is typically held at the beginning of the year, in either February or March.

Musselburgh Racecourse, which was previously known as Edinburgh Racecourse, is located a small distance outside of Edinburgh. Whilst racing in the area dates back to at least 1777, the current venue opened in 1816, initially as a flat-only track but dual-purpose since adding NH events in 1987.

The most notable event at this venue is the Queen’s Cup, which is held annually in April and is run over 1 mile and 6 furlongs. Musselburgh is Scotland’s second largest venue behind Ayr, with the Ladies’ Day in June regularly attracting crowds of around 10,000.

The other dual-purpose course found in Scotland is the afforementioned Ayr Racecourse, in Ayrshire. It opened, in its current location, in 1907, though racing in the area traces its roots way back to 1576 with an official meeting as early as 1771. It is the only Grade 1 racetrack in Scotland with either Flat or jumps meetings spread throughout most of the year.

This venue hosts two major events in Scottish Racing each season. The Scottish Grand National is held each year in April. This event has been held at Ayr Racecourse since Bogside Racecourse, the original venue, was closed in 1965 and has been won by the likes of Red Rum, Little Polveir and Earth Summit, all of whom have won the Aintree equivalent.

In September, Ayr Racecourse hold their other major race day, the Ayr Gold Cup, a six furlong flat handicap first run in 1804. This race has proved so popular that an Ayr Silver Cup was added in 1992 for horses that didn’t quite make the grade, a the Ayr Bronze Cup subsequently created in 2009 such was demand.

Finally, located in South Lanarkshire, and opened in 1782, Hamilton Park Racecourse is Scotland’s only exclusively Flat racing venue. Hamilton Park’s notable events each year are the Scottish Stewards Cup, held in July, and the Lanark Silver Bell Handicap race, which was reinstated at this venue in 2008, and is held in August. 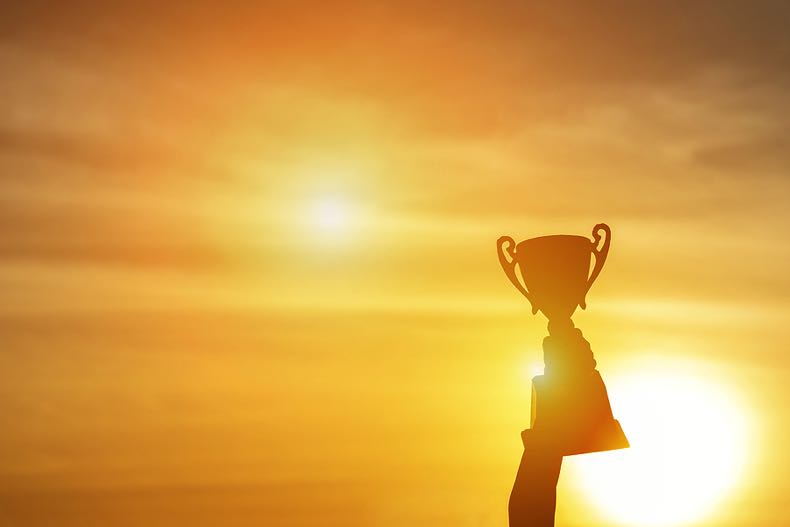 Since their founding and establishments, these Scottish racecourses have both won and been shortlisted for numerous awards and notable achievements within the UK racing community.

Perth Racecourse, after the closing of the 2019 season, was awarded the Merit Award, a reflection of the above and beyond measures that were taken to continue with the Summer Carnival held in August, and for the assistance they provided to Musselburgh Racecourse throughout the season. Following this, Perth Racecourse was also named as winners of the Racecourse Groundstaff Awards by the Racecourse Association.

In 2011, Musselburgh Racecourse was awarded the Gold Standard, an accolade it has retained since then. At the time of writing this makes the track one of only 15 out of 60 in the UK to hold this award. The venue itself is a 5-star award winning facility. In 2019, it was named as the winner of the Best Owners and Trainers Experience Award by the Racecourse Association.

Not to be outdone, in 2019 Ayr Racecourse was awarded and shortlisted for a plethora of accolades and merits. Visit Scotland awarded the venue a 5-star rating, after it obtained a grading of ‘exceptional category’. Ayr racecourse was shortlisted the same year in two categories in the Prestigious Showcase & Awards, which are hosted by the Racecourse Association. These categories were Love of the Sport and Owners Experience. In addition, in both 2016 and 2018, the venue won the Sports Venue of the Year award at the Scottish Hospitality Awards.

Hamilton Racecourse is also a Visit Scotland 5-star venue, along with Ayr. In 2017, the track was named as Best Small Racecourse in Scotland and the North.

These varied and numerous accolades and merits are clear evidence of the customer commitment and the incredibly high standard of racing that the Scottish racecourses are committed to delivering to owners, trainers, and the general public. So, as said, what Scotland may lack in racecourse quantity, it certainly makes up for in quality.

The Return of Scottish Racing 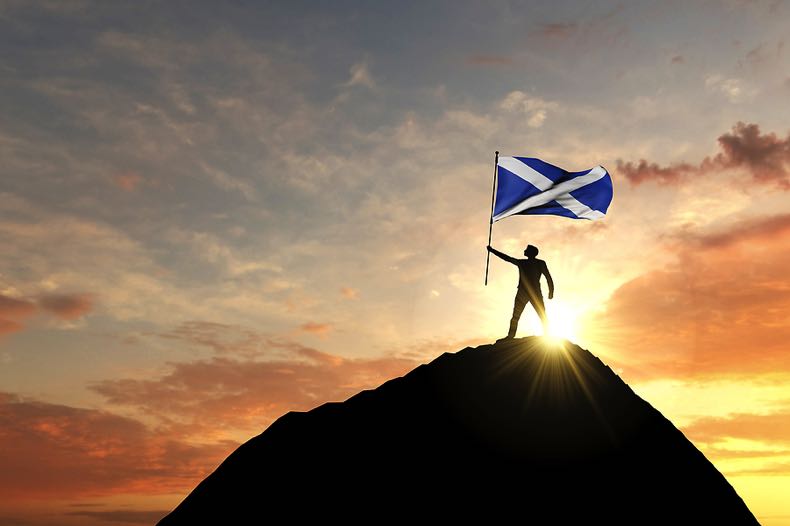 With closed door racing returning in England in June 2020, Scottish Racing faced a longer wait before the sport could return. Almost nine months later, Scottish owners could attend closed doors racing and, after an easing of restrictions, limited attendance was available at venues.

This means that the Scottish Racing industry is gearing up for a return of spectators to events and meetings. There are a number of big events pencilled in to go ahead with full crowds throughout the remainder of 2021. The likes of the Kelso Festive Fling and Festive Family Day, both in December, should go ahead.

In addition, Hamilton Park racecourse has their famous Lanark Silver Bell fixture arranged, as is the norm for this event, in August, while their annual Saints and Sinners should also proceed. As with all things over the past 18 months or so much can change but fingers crossed Scottish racing is well and truly back.

In 2015, Scottish racing peaked at a seven year high in terms of visitor numbers, with over 300,000 people attending meetings across the five venues. This boom in attendance meant that a record amount of prize money was paid out to winning owners, totalling £6.7 million. The annual review that year, by Scottish Racing, estimated that the sport was worth £173 million to the national economy.

This clear popularity, however, did not seem to spur any potential expansions of current racecourses or even the founding of a new venue, which could have made attending racing venues more accessible in certain areas of Scotland. What is more, this financial stability and era of growth has not been able to be sustained, predictably, in an economy affected by the events of 2020 and beyond.

In January 2021, it was estimated that £12 million of the sport’s income, a little over half of the overall turnover, was lost before the second lockdown, with closed door racing meaning that there were no ticket sales. The industry has faced even more losses with the lockdown measures increasing around the country.

The full lockdowns in Scotland resulted in the closures of betting shops, meaning there was no footage or data sales. These losses have continued, with the second Scottish lockdown causing more uncertainty about the future of the racecourses and the sport of horse racing in Scotland. Daley Innes, the Scottish Racing manager, was quoted by the BBC as saying, “With this reduced income and still having to pay our overheads, it’s not sustainable while we’re racing for zero profit.”

Musselburgh racecourse, on New Year’s Day, reported losses reaching a quarter of a million pounds. The Scottish Government delivered a £2 million support grant as part of a funding package that pledged £50 million to support sport in the country. This was to ensure the viability of the sport for both a return to eventual normality and the slow reopening of the industry as lockdown measures were loosened. However, it remains to be seen whether this financial stopgap will be able to negate the effects of such severe financial losses on Scotland’s’ racing industry and venues in the future.

Scotland’s five racing venues are not the biggest, nor the best in the world but they certainly offer a huge amount to the sport. North of the border and in general, they are well loved and have a unique charm. It would be sad to see any of them go and whilst that will hopefully be avoided, much may depend on getting racing fully up and running throughout the rest of the year.