New initiatives are always to be welcomed in the racing world, serving to keep things fresh, entertain existing racegoers and potentially attract new fans to the sport. This summer sees the launch of just such an enterprise with the inaugural edition of Championship Horse Racing’s Racing League. It all looks pretty exciting on paper, and here we run though all you need to know about this intriguing addition to the summer Flat racing scene.

What Is the Racing League?

The Racing League is a brand new team competition, set to be held over six successive Thursday evenings – beginning in late July and ending in early September. Each of these six meetings will feature six races which, in addition to offering £50,000 in total prize money, will also see points awarded according to finishing positions. At the end of the six race days, and total of 36 races, the team with the most points will be crowned Racing League Champions and claim a bonus cash prize.

How Does It Work? 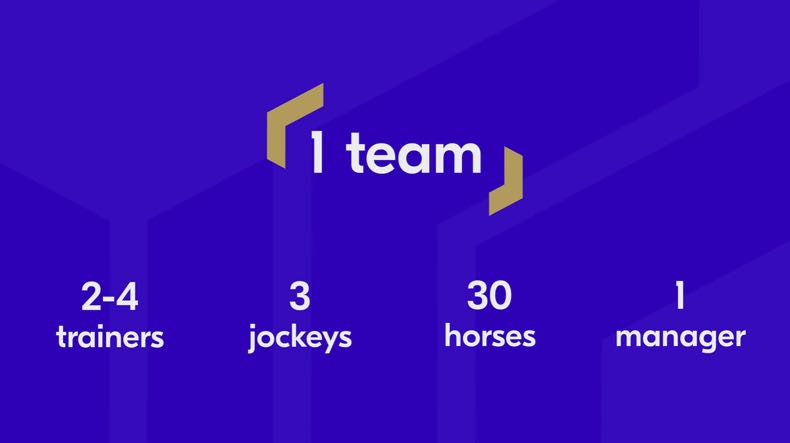 A total of 12 teams will line up at the start of the Racing League, with each team consisting of between two and four trainers, exactly three jockeys, and 30 horses. Each trainer must contribute a minimum of five horses to the team, whilst the runners themselves must be aged three or over and rated between 0 and 90.

One of the human members of each team will then be allocated as the manager, representing the team, and declaring which horses will run in which races. The team of horses selected will remain fixed for the first four weeks but following the conclusion of the week four events, a transfer window will open, enabling each team to replace up to three runners.

Turning to the races themselves, each of the six race-days will effectively look the same, featuring six handicap contests over distances of 5f, 6f, 7f, 1m, 1m2f and 1m4f. Each team is then permitted to enter one horse per race, creating a maximum field size of 12 for each event. With that set structure and limited pool of horses it seems likely that we may see a number of rivalries developing over the weeks, adding to the drama.

As mentioned, there will be £50,000 in total prize money up for grabs in each of the League’s 36 contests, with these funds being distributed to the owners, trainers and jockeys in the standard manner. It is however the points system which really sets the competition apart. Each race offers a total of 100 points, allocated according to finishing position; 1st place receiving 25 points, 2nd 18 points, 3rd 15pts, decreasing down to just one point for the 10th placed finisher. With a league table being continually updated throughout the event, this points system seems likely to add to the excitement and drama, particularly in the latter stages as the teams battle it out for top spot.

So that’s the structure, now what about the teams? Which racing stars can we expect to see in action in racing’s newest and most innovative show? As mentioned there will be a total of 12 teams competing for the title, all of whom will be instantly recognisable by virtue of running in their team colours as opposed to more traditional system of the colours of the horse’s owners. With only the jockeys for the French-based purple team remaining to be confirmed, here’s how the teams are looking as things stand.

There are plenty of interesting line ups amongst that dozen, with the O’Brien brothers double act of Joseph and Donnacha bidding to win it in the Emerald Green of Ireland, and the evergreen Frankie Dettori teaming up with one of his chief partners in crime, John Gosden in Team 12. No doubt each of the entries will be fancying their chances at this stage though in what looks set to be an excellent battle for the title. Almost all of the biggest names are there and so we should be in for a classy summer of action with a format that may just grab the wider public’s attention.

The action all kicks off on the final Thursday in July, with the North East track of Newcastle playing host to both opening night and the league ending finale in September. A total of four tracks will hold events over the course of the league, with the full fixture list being as follows:

Whilst the action on the track doesn’t begin until the early evening, the gates for each race day open at 1pm. And there’s plenty of incentive to arrive early too, with an entertainment zone known as the “INfield” set to provide a food festival, local music acts and a chance to mix with the members of the racing teams – not to mention an Esports truck known only as Big Betty. All in all, this looks a promising addition to the racing calendar, and yet another reason to look forward to the sporting summer.