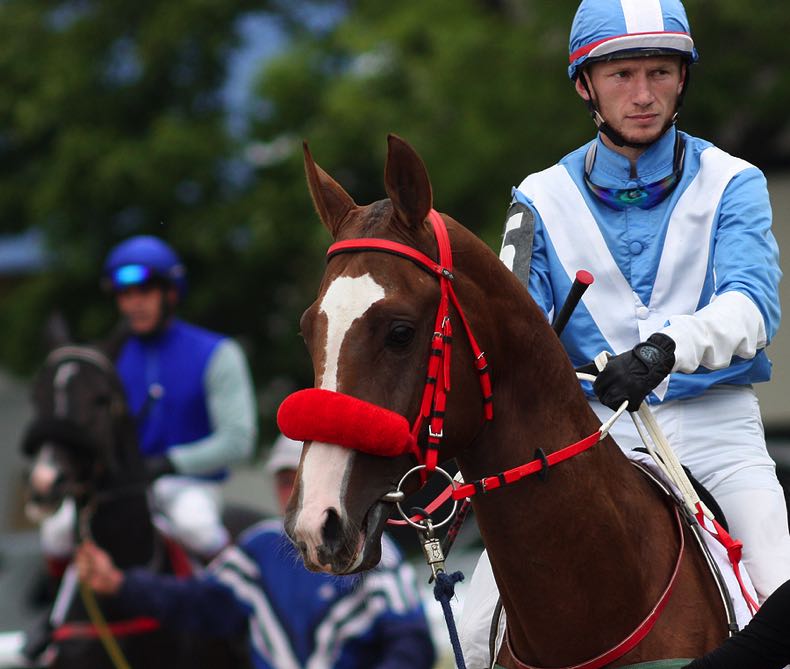 Horse riding is a very unique sport in many different ways, one of which being the fact that it quite often sees amateurs involved at professional meetings. Normally we associate amateur sports personnel with low quality and strictly local events but this is not the case with thoroughbred racing.

It is one of very few sports where inexperienced amateurs get the chance to rub shoulders with seasoned pros and sometimes even manage to hold their own. Given how unusual this idea of high-level amateur involvement is, it is something we are going to explore in some depth during this article.

What Is an Amateur Horse Race?

Across sports, the term amateur denotes that the people involved are not paid for their participation; unlike professionals, who are paid. Amateurs are therefore taking part simply because they enjoy the sport and not because there is any kind of financial reward.

For obvious reasons, horses cannot be paid for their services so when you see ‘amateur race’ within a race title, this refers to the jockeys, rather than the thoroughbreds. The horses that compete in such events will be the same ones that usually ride with professional jockeys. It is not a case that trainers reserve their absolute worst runners to feature strictly in amateur races.

Can Anyone Be an Amateur Jockey?

Now that we have established that ‘amateur’ relates to jockeys, you might be wondering if anyone can race as an amateur jockey. For this to happen, there are two barriers you need to overcome. The first is that you need to apply and pay for an Amateur Jockey’s Licence. There are only a few reasons why an application would initially be denied, mainly if you have won more than 25 Rules races previously (with an apprentice or condition licence) or have held a full professional licence. Additionally, applicants also need to be under 70 years of age.

In addition to avoiding the standard exclusions, the British Horse Racing requires first time applicants to attend a two-day training seminar and assessment. Here, hopeful amateur riders will go through all the fundamentals of being a jockey as well as undergoing a fitness test. Passing the assessment will enable an applicant to acquire a Category A licence.

In order to pass, candidates need to show a high level of competency so it is not something anyone can acquire. Should you be deemed good enough though, a Category A licence allows individuals to compete in races that are confined to amateur riders.

Acquiring a Category B licence requires more time as in addition to a five-day training course, competitive racing experience is required. Applicants must have had at least 15 completed rides under the Rule of Racing (most of which are over obstacles) or have had 20 rides in Point to Point steeplechases.

The second obstacle is actually finding a trainer willing to pick you for a race. You may have a licence but if you are without any sort of connections, you are unlikely to be recruited to ride someone’s horse. There are around 300 licenced amateur riders, both male and female, so there is some competition for spaces. Due to other working commitments though, many amateur jockeys cannot ride on a regular basis so the actual competition is less than it initially seems.

How Many Amateur Only Races Are There?

The exact figure is liable to change a little from season to season, but each calendar year you can expect to see around 115 amateur flat races and around 50 National Hunt races (includes a small number of National Hunt flat events) in Great Britain. Most are open to all amateurs although some are restricted to male riders and others to female riders.

Amateur races are not confined to a small number of racecourses so you can see amateur riders in action all over the country throughout the year. In most cases, just one or two races on the day’s racecard will field amateurs with the rest being professional affairs. You will not find a situation in which every scheduled race at a course is a battle between amateurs.

Are There Any ‘Big’ Amateur Races?

The vast majority of strictly amateur races are lower class races so between Class 3 and Class 6 but a few notable amateur races certainly exist. There are three big examples that feature during the Cheltenham Festival: the St James’s Place Festival Hunter Chase, the Fulke Walwyn Kim Muir Challenge Cup, and the National Hunt Chase Challenge Cup. The last of these carries Grade 2 status, making it a very prestigious race for amateur jockeys.

We mentioned earlier that in many National Hunt races, amateurs are free to compete with the professionals, providing they have a Category B licence. In other sports, pitting an amateur against a professional would create a complete mismatch but amateur jockeys have been known to win some very big races. Sam Waley-Cohen is a man responsible for some of the best recent examples. In 2010 and 2012, he claimed glory in the King George VI Chase while riding Long Run. On the first occasion, he beat the then five-time champion Kauto Star. The owner of a dental practice chain also won the Cheltenham Gold Cup, again on Long Run, being the first amateur in 30 years to win the contest.

Incredibly, Waley-Cohen almost won a Grand National at Aintree too but he had to settle for second in the end when on the saddle of Oscar Time. Winning experience at Aintree was something he has experienced though in races such as the Foxhunters’ Open Hunters’ Chase, the Becher Chase and the Topham Chase.

While a real standout name, you will find that other amateurs jockeys have made history in a lot of key National Hunt races. You can see examples in races, such as the Welsh Grand National (1981), the Tingle Creek Chase (2001), the Stayers’ Hurdle (1978), the Champion Bumper (2019), the Champion Hurdle (1986), the Denman Chase (2012), the Glenfarclas Cross Country Chase (2017), and the Grand National (1990). The year denotes the most recent amateur jockey success. In some instances, amateurs have claimed the race on multiple occasions.

Flat racing does not see a mix of professional and amateurs in races so you will not see amateur winners of any leading flat race.

Some amateurs are not good enough to make the leap up to being a pro and thus they do not really have the option. Those that are most certainly good enough do not always choose to upgrade though as they simply enjoy their amateur status. You can, therefore, have some extremely highly-rated amateur riders, such as JT McNamara, that amass hundreds of wins. In the case of the Irishman, he recorded over 600 before breaking his neck in the 2013 Cheltenham Festival which unfortunately left him paralysed.

Some amateurs do of course turn professional though, Sam Twiston-Davies being a notable recent example. Given his father is a highly successful trainer, being a jockey was always likely to be more than just a hobby for Sam. It was a similar case for Bryony Frost whose grandad and dad were both heavily involved in racing (her father rode the winner in the 1989 Grand National). Often you will find that amateurs that turned pro do have some family links in the game as it is a fairly connections-based industry.