The delayed 2020 Olympics in Tokyo are now behind us and, of course, there are now just three years until the next Games in Paris. The Olympics are brilliant for so many reasons: the celebration of excellence, the dedication of those involved, the spirit and goodwill between rivals and the way that, unlike much sport, it doesn’t seem to be entirely about the money (not for the athletes at any rate).

But another thing that many viewers love about the magical two weeks of summer action is that they get to witness, fall in love with – and rapidly become armchair experts in – events and disciplines that they have never watched before. And possibly some they have never even heard of before. There will be 329 events for Paris 2024, the French capital joining London as the second city to have hosted three Olympics (in 1900 and 1924 previously). But what are the new sports by which we will all be gripped in 2024? Let’s go through the new sports being added for the Paris Olympics in 2024.

Who Decides What Sports Are in the Olympics?

The International Olympic Committee (IOC) are responsible for everything to do with the Games and that includes which sports will feature. There have been lots of changes and tweaks over the years after, in 2004, the IOC seemed set on producing a Games that included 28 sports. That was to be made up of 25 permanent sports and three that would change for each edition of the global showpiece.

This concept did not last all that long though and by Rio in 2016 it had already fallen by the wayside. At the summer Games in Brazil we did have 28 sports but only two new ones were added (in this case, golf and rugby sevens, though both had previously featured in the first quarter of the 20th century).

The key point, though, is that it is the IOC, via a member’s vote, decide which sports get the nod and which, if any, will be removed. There is some consideration given to the organising committee, the hosts, but ultimately it is the IOC that makes the decision.

In February 2019 the Paris 2024 organising committee proposed four new sports for their games: breaking, skateboarding, sport climbing and surfing. These were believed to be in line with the IOC’s aims of making the “Olympic programme gender-balanced, more youth-focused and more urban”.

These were proposed as “new” sports, although surfing, skateboarding and sport climbing actually ended up as part of Tokyo 2020, as well. The proposal is just the first step towards a sport’s inclusion though and there are various stages of ratification before a sport is confirmed. However, on the 20th December 2020, the Executive Board (EB) of the International Olympic Committee (IOC), did indeed confirm that those events would be part of the Paris Games.

One sport that will not be featuring in Paris 2024 is Esports, which is essentially competitive video/computer gaming for those that might be unaware. As early as 2018 there were very real talks about including it as a demonstration sport but in the end, the IOC said it felt the time was not quite right. Inclusion for the LA Games in 2028 is a distinct possibility though. 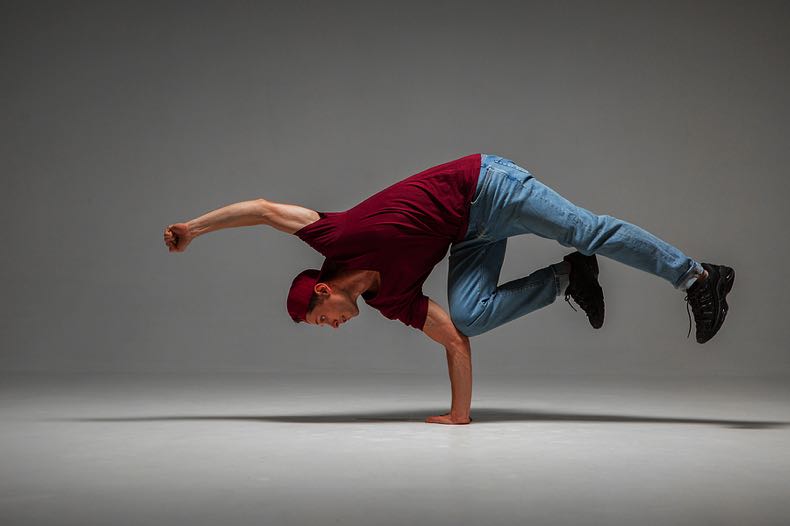 As said, although the Paris organising committee included surfing, skateboarding and climbing as their additional sports, all three of these featured in the preceding Olympiad. As such, breaking is the only truly new sport, both in the sense that it has never featured at the Olympics before and also as it was not part of the 2020 Games.

Much to the horror of Little England and conservatives everywhere, breaking, or break dancing, might just be one of the most exciting things to watch at Paris 2024. The IOC describe it thus:

Breaking, also known as break dancing, is a form of street dance. The earliest proponents of breaking were Black and Puerto Rican youths who formed crews who would compete in dance battles on the streets. Breaking athletes are referred to as “b-boys”, “b-girls” or “breakers”, the “b” standing for break, since athletes put down dance moves during instrumental breaks in a song.

Breaking is administered by the World DanceSport Federation (WDSF), a body that dates back to 1957. In 2013, Chinese Taipei played host to the inaugural WDSF World DanceSport Games and since then the popularity of the sport has only grown.

It is part art, part sport, and requires athleticism, incredible strength, flexibility and gymnastic ability, as well as rhythm and musicality. We look forward to seeing breaking at Paris 2024 and have no doubt that critics will be impressed by the feats of the breakers.

Of course, skateboarding featured in Tokyo, with Britain’s own Sky Brown one of the stars. 80 people competed in four different events, with park and street events taking place for both men and women. Hosts Japan dominated, earning five of the 12 available medals and three of the four golds. What perhaps most amazed viewers new to the sport was the age of many of the competitors. Brown, who took bronze in the women’s park, had only just turned 13, whilst the women’s street podium was the youngest in Olympic history, with an average age of less than 15 and the highest two boarders on the podium both being 13 years old!

Skateboarding will return for the 2024 Olympic Games, with the Place de la Concorde set to provide an impressive venue. It is expected there will again be four events and who knows how old the winners will be this time! 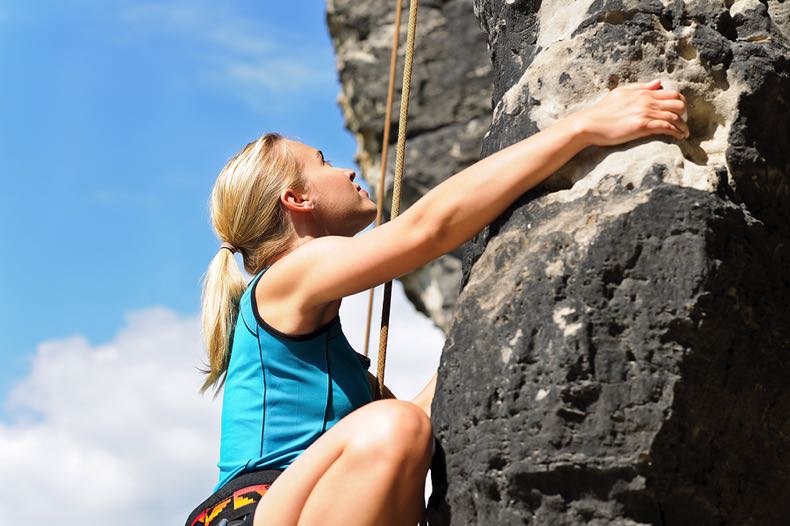 Sport climbing will take place in the Le Bourget commune of Paris and there will be four events, up from two at the 2020 Games. The structure of the sport’s presence in Paris will be a little different, creating two extra events. Boulder and Lead have been combined into a single event, with a separate speed contest, the men’s and women’s meaning there are four sets of metalware up for grabs in total.

In Japan, all three events formed one combined discipline and whilst this proved popular, the slight change should give the sport a slightly higher profile. It was argued that speed was too distinct from the other two disciplines to be combined and the new structure means we will now see 68 athletes competing in Paris, compared to just 40 in Tokyo.

Surfing made its debut in Tokyo, with a single event for men and one for women. It was held around 40 miles from the Japanese capital in Ichinomiya with the hosts, perhaps surprisingly, the only nation to win multiple medals. Less surprisingly, Brazil and USA took the two golds, and Australians and South Africans won the other medals.

It will return in the same format for France but any UK surfing fans keen to attend will have to start saving early. The surfing for Paris 2024 will take place almost 10,000 miles away from the capital, in Tahiti. Nice commentating gig that one for whoever gets it! The Paris 2024 committee noted that whilst five world-class surf sites were considered, “On 3 March 2020, the IOC’s Executive Board approved Paris 2024’s choice: hosting the surfing events on some of the world’s most stunning waves, at Teahupo’o.”

Tahiti is part of French Polynesia and is classed as a French overseas collectivity. Whatever the geopolitical situation, it will provide a stunning and rather unique addition to “Paris” 2024. No wonder skateboarding ace Sky Brown is eager to compete in both her main discipline and surfing!

Are Any Sports Dropped for the Paris 2024 Olympic Games?

Of course, if the Games only ever added events we would end up with a never-ending sports jamboree that was bloated and featured everything from tug of war to live pigeon shooting and both the high jump and long jump… for horses. Those are all real events that have featured at past Games.

Anyway, to make way for the likes of breaking, the IOC have chosen to remove karate, baseball and softball from the Paris 2024 Games. We know what you’re all thinking: how will you possibly cope without the Olympic softball and how unfair it is that Japan won’t get to defend their crown!

Baseball first featured as a demonstration sport way back in 1912, having the same status in six further Games, on and off, until finally becoming a full Olympic sport in Barcelona in 1992. Softball had to wait until 1996 to make its debut having never featured as a demonstration sport before that. Both sports missed London in 2012 and Rio four years later but were ever-present otherwise, until Paris.

As for karate, perhaps unsurprisingly, Tokyo was the first time this martial art ever appeared at the Olympics. It was developed in the Ryukyu Kingdom, now part of modern-day Japan, probably in the 14th century. It has long been associated with Okinawa, both historically and in popular culture thanks to the real star of The Karate Kid films, Mr Miyagi!

Quite why karate and the Olympics haven’t got along is unclear and it is equally uncertain as to when we will next see the martial art at the Games. A feature in Forbes argued that Tokyo may well be a one-off. It took almost 50 years to get the sport into the Olympics but despite its inclusion largely being a success, the powers that be appear to prefer moving towards more modern disciplines. Breakdancing it is… and maybe Call Of Duty in 2028. Strange for sure, but stranger than the horsey high jump? Maybe not.