Every national football team on the planet dreams of featuring at the World Cup, but for many, it always remains a mere fantasy. Indeed, more than a hundred nations have never qualified for a single World Cup from the inaugural tournament in 1930 to the present day. The exclusive nature of the competition means there is only space for a limited number of countries, so each time the majority face the disappointment of missing out. It is particularly heartbreaking given that the opportunity to qualify for the World Cup only arises once every four years.

The difficulties of qualifying not only depend on how good a team is but their geographical location. Qualification takes place on a continental level and what exactly is required varies from region to region. In this article, we will highlight these different approaches, while also looking at World Cup qualification more generally, including the 2026 expansion to 48 teams. The decision to add 16 more teams has attracted its critics, mainly because it will allow more ‘weak’ nations to qualify, but it will be welcomed by many sides who perpetually miss out on the tournament proper.

If FIFA’s aim was simply to have the very best teams compete at the World Cup, it is very feasible that more than half of the teams involved would end up being from Europe. The continent boasts a lot of extremely talented football teams as you can see from a quick look at the FIFA rankings. At the time of writing, out of the top 32 teams (the number that usually goes to the World Cup finals), 18 were UEFA members.

While having the best teams is a critical aspect of the World Cup though, so is the need for it to be a competition with a truly global feel. It is for this reason that FIFA allocates a set number of places to each footballing federation. In doing so they are guaranteeing that every continent will have a presence in the competition finals (with the exception of Oceania, more of which later). The confederations in charge for each continent are as follows: Asia (AFC), Africa (CAF), Europe (UEFA), North and Central America (CONCACAF), Oceania (OFC) and South America (CONMEBOL).

Allocations for each confederation have been tweaked over time, sometimes a forced move due to an increase in the number of participating teams. Between 2006 and 2022, however, there were no changes in the allocations stated below.

At this point, you probably have a couple of questions. First of all, you may be wondering why the total is 31 if it is a 32 team tournament. This is because one spot is reserved for the host nation. Qatar did actually play in the qualifying rounds for the 2022 World Cup but this was because it also acted as qualifying for the 2023 Asian Cup. So, while they did have something to play for, they were in no danger of missing out on their own World Cup.

As for the confederations that have an allocation of 0.5, this is because inter-confederation play-off matches exist. There are only a pair of two-legged play-off matches, CONCACAF versus AFC and OFC versus CONMEBOL and the victor of each will book their place in the World Cup. In 2018, both Australia and Peru qualified through this means. Note that Australia belongs to the AFC now, having left the OFC in 2006 due to the fact that AFC has secured spaces.

Lastly, it is worth mentioning that the allocation changed in 2006 because this was the first time in the modern era that the defending champion was not assured a spot. France, were the last winners to automatically qualify for the following tournament, doing so for the 2002 World Cup in Japan/South Korea.

Knowing how many of their member nations can qualify for the World Cup allows confederations to set up an appropriate qualification system. There can be slight changes year on year as new members enter/leave the federation but generally speaking structures stay largely similar. Here we will provide a brief overview of how the qualification works within each of the six confederations.

In Europe, 13 spaces are allocated, but this is rather a tricky number in some ways. UEFA overcomes this by having nine groups consisting of six teams. Nations that top their group automatically qualify for the World Cup while the eight best runners-up enter one play-off round. Seeding takes place for the play-off draw with the four highest-ranked teams placed in Pot 1 and the lowest four in Pot 2. The four teams that win their two-legged play-off match join the already qualified nine to meet the full 13 criteria. 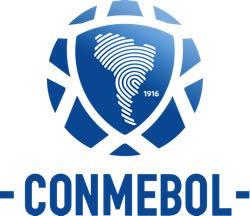 With only 10 football associations being part of CONMEBOL, qualification for South American countries is quite straightforward, in terms of format, if not the difficulty. All that happens is that all countries are part of the same group and they all play each other twice, producing a total of 18 matches. This is a lot more than European teams face with most sides in UEFA managing to qualify on the back of just 10 qualification matches. Once the final games have been played, the top four teams qualify automatically while the fifth-ranked team faces an inter-confederation play-off.

The AFC has a similar number of members as UEFA but the way they structure qualification is significantly different. They start by making the lowest-ranked nations (based on the official FIFA rankings) compete in a first-round play-off. For the 2022 World Cup, 12 teams were involved in the play-offs with the six victors joining the 34 highest-ranked teams in the second round. With 40 teams now in contention, a draw is made to create eight groups of five teams. Nations face each other home and away and each group winner, plus the four best runners-up move onto the third round. In 2022, the five best runners-up were chosen because Qatar (automatic qualifiers) topped their group.

The remaining 12 sides are divided once again, into two groups of six teams. They again play each other home and away for a total of 10 third-round matches. To gain automatic qualification to the World Cup, a team must finish in the top two positions in their group. For the two teams that finish third, they will go head-to-head in the fourth round to determine who takes the sole AFC spot in the inter-confederation play-off match.

Four rounds plus an inter-confederation play-off match may seem like a lot but CONCACAF used to operate even more rounds than this. Previously, they had a five-round structure that required the lowest-ranked teams to win three play-off matches just to reach the group stages. The qualification process was, however, restructured for the 2022 World Cup, with a group stage replacing the knockout rounds.

All nations except the top five ranking CONCACAF teams enter the first-round group stage which consists of six groups of as many teams. The winners of the groups advance into the second round where they will play one two-legged knockout game against a fellow group winner. The three victorious countries then join the top-five ranked nations in the third round, creating a group of eight. This group sees all countries go head-to-head twice and those that wind up in the top three places qualify for the World Cup leaving the team in fourth to tackle an inter-confederation play-off.

With over 50 teams being part of their confederation and just five qualifying places, managing to be an African representative at the World Cup is a tough ask. It is especially challenging for the lowest-ranked teams, as per the official FIFA rankings, as they have an additional round to face. The 27th to 54th ranked teams are drawn together for a play-off encounter with the winner of each progressing to the second round. A total of 14 playoff winners plus the top 26 ranked teams means there are 40 countries involved at this stage. From this point, they are split into 10 groups consisting of four sides. Only the winners of each group manage to progress to the third and final round which involves home and away matches against another side. The winners from these ties book their place in the World Cup finals.

Although confederations have their different formats, there are some elements they share in common. One is that, outside of exceptional cases, whether it be a group game or a knockout affair, all fixtures are played home and away. This is simply for the sake of fairness as playing a one-legged game would give the home team a distinct advantage. FIFA regulations also dictate what should happen in the case that two teams are level on points in any league format.

There are eight different ways of separating tied teams, the first being goal difference, then goals scored. Only after this will the head-to-head record of the two (or three or more) teams involved be looked at. These tiebreakers are almost always enough to part any teams ending up on equal points but if not then ‘fair play’ points are virtually assured to find a winner. Fair play points look at the number of yellow and red cards teams have acquired during qualification.

Lastly, whenever rankings are used to determine seedings for certain rounds/draws, it is always the official FIFA rankings that are used. This is generally not too much of a contentious point given that FIFA’s latest ranking system is seen as a significant improvement on past efforts. Additionally, it is not like rankings alone ever determine a country’s fate, it is always in their own hands.

Changes Ahead of World Cup 2026

Changes to the qualification process can occur at any time as confederations have the power to do this. The CONCACAF and the AFC both changed their format for World Cup 2022 for instance. UEFA did too but that was on account of having an extra team in qualification because a UEFA member was no longer hosting. Changes can be both optional or forced but the latter is always true when the tournament itself expands.

In 1982, the number of teams in the finals increased from 16 to 24 and then in 1998 it went up from 24 to 32. A further increase will take place in 2026 as the tournament is expanding to a rather large 48 teams. Subsequently, qualifying for the World Cup is distinctly less challenging than it used to be. What the expansion means for the confederations is that they will have more qualifying teams from their continent than normal, as you can see from the table below.

There has been a reasonably even increase across the board although UEFA are definitely worse off in terms of a proportional rise. One of the biggest winners are the OFC who for the first time ever are a member at the World Cup. With increases to every confederation’s allocation, every qualification process will need to modify in some way. For some, such as UEFA, it should be an easy change as now they can simply have it that the top two from each group qualifiers. Other federations, such as CAF, will need to be more creative in their response, however.