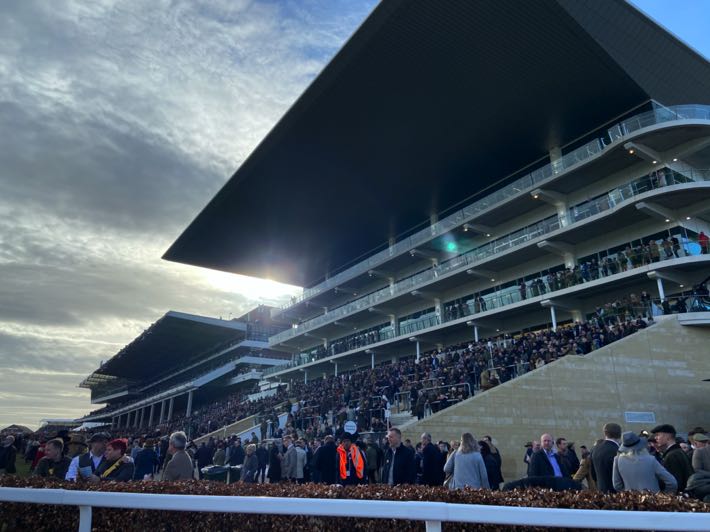 For fans of horse racing, there are some meetings and indeed races that stand head and shoulders above the rest. While the Grand National gets a lot of attention from the wider public, and Royal Ascot is the pinnacle for many fans of Flat racing, perhaps the best of them all – the one that truly captures hearts and minds of hardcore racing fans and the wider public – is the Cheltenham Festival. And it is the four-day racing extravaganza that is the focus of this article as we take a look through the 28 races on offer and pick out the biggest contests at Cheltenham.

We’ll give you some of the key information about the most prestigious races at the event, including the distance, the prize money, the Grade, when it was first run and also some of the notable winners who have struck glory over the years. Note that the prize money shown is based on 2021 figures and fluctuates from year to year. 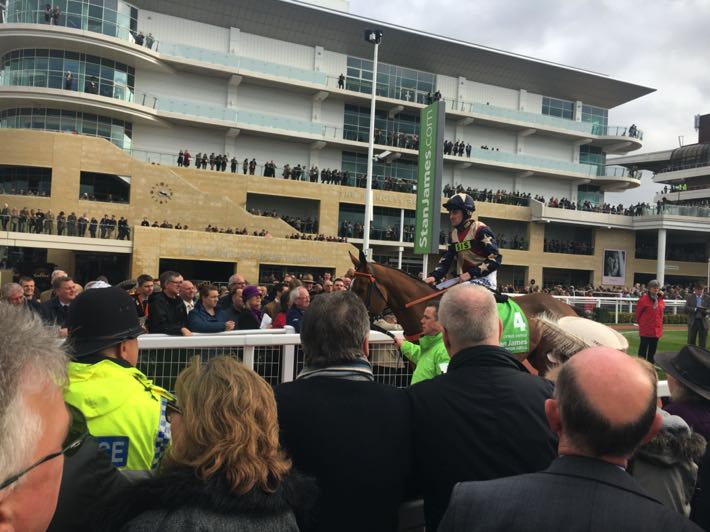 At a meeting at which half the races are classified as Grade 1, it can be difficult to pick out the best of the best. But luckily, there are four races that sneak ahead of the pack. Known as the Championship races, there is one on each day of the Festival to enjoy. We’ll start with the feature race of the final day, however, as this is not only the biggest race of the meeting but – many would argue – of the whole National Hunt season.

For many fans, jockeys, trainers and owners, the Cheltenham Gold Cup is quite simply the biggest race around. As well as the challenging distance and fences, runners and riders know they’ll have to beat the best in the business to come out on top as the quality of the field is never less than excellent.

The most valuable (non-handicap) chase in the United Kingdom, as well as those mentioned above who’ve won it three times (or more in the case of the inimitable Golden Miller), and Kauto Star (who became the first horse to regain the crown), other winners who’ve garnered massive support include the likes of Desert Orchid (who won in 1989), and L’Escargot (who won in 1970 and 1971).

The most prestigious hurdling race in the UK, the Champion Hurdle is both a great race in its own right and acts as the final leg of the Triple Crown of Hurdling (with the Fighting Fifth Hurdle at Newcastle and the Christmas Hurdle at Kempton). A swift and exciting race, there have been some great battles over the years and aside from the notable winners mentioned, other great horses have triumphed in the race including Faugheen, L’Escargot, Buveur d’Air and Hatton’s Grace. It is the feature race of the opening day of the Festival and is always greeted with wild enthusiasm by the crowds at Prestbury Park.

For many, the Queen Mother Champion Chase is the highlight of the entire Cheltenham Festival. The sheer power and speed on display from the runners who are at the top of their game produce exhilarating spectacles year after year. As would be expected from the top minimum-distance chase in racing, the calibre of the past winners is quite astounding, despite the race having only been inaugurated in 1959.

Modern greats, such as Altior and Sprinter Sacre, have put opponents to the sword in this race and there have also been plenty of upsets over the years as favourites have stumbled and new stars have been created. It is run on the second day of the Festival and is a favourite of trainers Nicky Henderson and Paul Nicholls, both of whom have saddled six winners (at the time of writing).

Probably the least prestigious of the Championship races, the Stayers’ Hurdle (it has arguably been overtaken by the unofficial “fifth feature” of the Ryanair Chase in the prestige stakes), the day three race still has plenty of fans. Known as the World Hurdle for some of its history, the trip of almost three miles is not to the liking of too many top-class hurdlers, but there have been some impressive winners over the years. None more so than the horse who made this race his own for a while, Big Buck’s, who Ruby Walsh rode to success on four successive occasions from 2009 to 2012.

Best of the Other Cheltenham Races 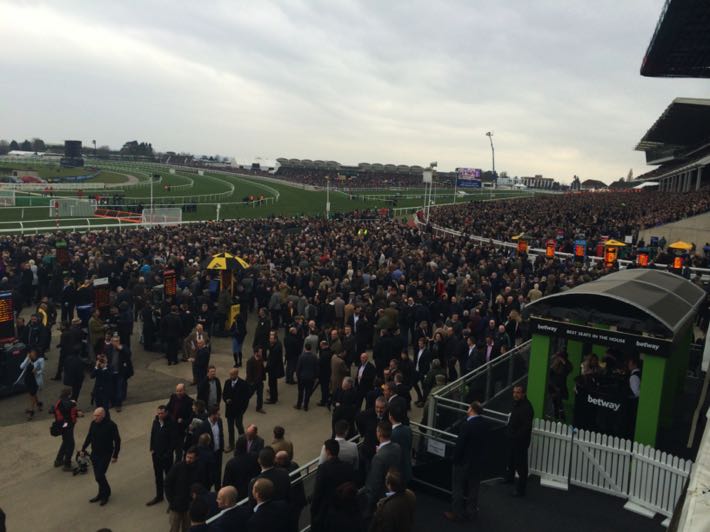 Although the Championship races take centre stage on each of the four days at the Festival, there are several races that are not too far behind in terms of prestige. Here we outline the best of the rest of the biggest races at the Cheltenham Festival.

Often viewed through a similar lens as the four Championship races, and arguably a bigger race in the eyes of many than the Stayers’ Hurdle, the Ryanair Chase is even classified as a “feature race” of the third day. Despite only being added to the Festival in 2005 when it expanded to four days, this contest has proved very popular as a test of some of the best chasers around and it was elevated to Grade 1 status in 2008. It has a registered title of the Festival Trophy, but Ryanair has been the sponsor ever since the second renewal and their name is inextricably linked with this high-class event.

The opening race of the opening day of the Cheltenham Festival, the start of the Supreme Novices’ Hurdle is accompanied by the so-called “Cheltenham Roar” that gets the action up and running (and probably scares the hell out of some of the less experienced runners … and possibly riders too!). Although not as rewarding from a financial perspective as many of the races we’ve featured here, many excellent runners have used this race as a stepping stone to greater things at the Festival and beyond.

Named after one of the greatest horses of all time and coming hot on the heels of the Supreme Novices’ Hurdle, the Arkle – or the Arkle Challenge Trophy Steeple Chase, if you prefer – keeps the high-octane action coming as the best novice chasers pit themselves against their contemporaries for glory on day one of the Festival. This acts as the perfect preparation for a future pop at the even more competitive Queen Mother Champion Chase, something that several Arkle winners have later achieved including the likes of Sprinter Sacre, Moscow Flyer and Altior.

Another contest named in honour of one of the greats of the past, this is one of the newer races at the Festival having been inaugurated in 2011. It has already had a few different names after sponsorship deals with the likes of Jewson and insurance brokers JLT. It’s a good alternative to the Arkle for novice chasers and we’ve seen some strong fields in recent years. Vautour, who also won the Supreme Novices’ Hurdle and the Ryanair Chase at Cheltenham, is the most high-profile victor so far in the race’s short history.

Often used as a testing ground for runners ahead of future attempts at the more prestigious Champion Hurdle, the Triumph Hurdle attracts some top hurdlers and is never an easy race to win. Winners of this contest that have gone on to Champion Hurdle glory in subsequent years include the likes of Katchit and the great Persian War (who won the Champion Hurdle three times!). Another notable winner of this race had his sights set on an altogether bigger challenge: Tiger Roll won this in 2014 and then went on to win the Grand National… twice!

Technically known as the Broadway Novices’ Chase, this might be known by many as the RSA Chase (as the RSA Insurance Group sponsored the race between 1974 and 2020). This race is for novice chasers, but those who don’t mind their stamina being tested, making it a perfect prep race for potential future Grand National horses. Before the National though, plenty of victors of this one have gone on to win the Cheltenham Gold Cup, including one of the best of all: Arkle. When you get a race named after you, you know you’ve done well; when you get a race at the Cheltenham Festival named after you, well, you’re a legend!

There is no shortage of races to choose from for good-quality novice hurdlers at the Cheltenham Festival, and this one is well-suited to the middle-distance runners. Previously known as the Neptune Novices’ Hurdle – among other names – there have been a handful of winners who have gone on to win bigger races, most obviously the great Istabraq who won the Champion Hurdle three times and the Irish Champion Hurdle four times, among various other races.

For many racing fans there are no bad races at the Cheltenham Festival. And we’d certainly agree with that. But the ones we’ve featured above are the very, very best of a good bunch. It would be fair to suggest that the likes of the Champion Bumper or the Spa Novices’ Hurdle could have claims to make it into our list of the best races at the Festival, but in terms of prestige and the quality of the runners competing, we’re standing by our selections. Now roll on March!