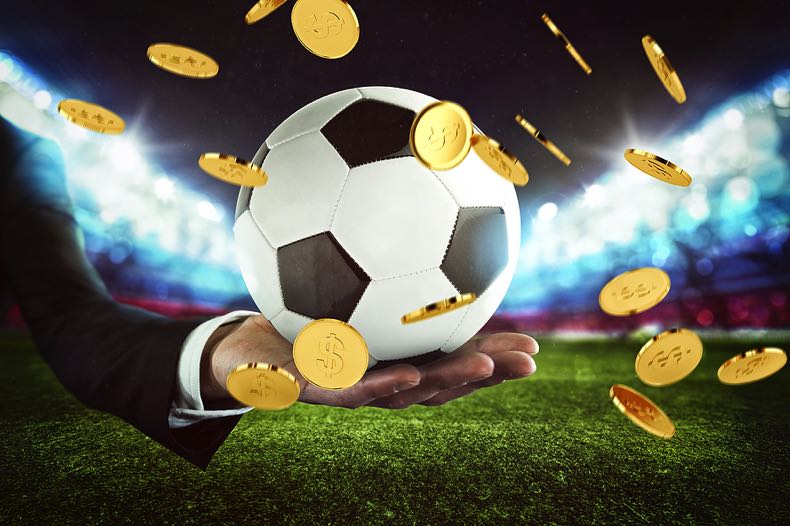 Given the phenomenal amount of money that exchanges hands in modern-day football, it is easy to forget that the beautiful game has not always been like this. There was a time when even the richest teams would not entertain the idea of spending a seven-figure sum on a player (let alone an eight- or even nine-figure sum!).

For years clubs resisted breaking the major milestone of a million pounds but there was always going to be one club willing to bite the bullet. It may seem like a pittance in footballing terms these days but at the time, buying one player for £1m produced a whole lot of headlines.

Giuseppe Savoldi – Technically the First Ever

The name Giuseppe Savoldi is often not always mentioned when talking about the first million pound footballer but it certainly should be. The well-established Serie A striker started his career at Atalanta before moving to Bologna, a place where he grew frustrated at his team’s inability to challenge for the league title. Highly-regarded for his aerial prowess and seeking a move, the Italian eventually secured a transfer to Napoli at the value of two billion Lira in 1975. At the time this converted to around £1.2m, thus breaking the previous transfer record of £922,000 that was paid when Johan Cruyff moved from Ajax to Barcelona in 1973.

Savoldi dreamt of guiding Napoli to a league title but he ended up joining the wrong club at the wrong time. In the two years prior to this record transfer, the Partenopei had finished seven points and then two points short of the top spot. Equipped with a new target man, it seemed as though 1976 would be the year the Naples side removed the gap entirely. This was not to be though as the year Savoldi signed marked the start of a significant decline for Napoli. Although their new striker registered 14 goals (the fourth-most in the league), they could only muster a fifth-place finish, dropping further to seventh the year after.

Savoldi eventually returned to Bologna having netted 55 times in 118 appearances for Napoli. Did he justify his world-record fee? Perhaps not quite but he certainly put an extremely solid shift in on the Italian west coast. As for why Savoldi is regularly not considered to be the first £1m transfer, this is presumably because the transaction itself was not in pounds.

The man usually attributed to being the first £1m signing is actually Trevor Francis who moved from Birmingham City to reigning league champions Nottingham Forest in February 1979. The fee was something his new manager, Brain Clough, did not want to admit as he feared being the first £1m man might go to Francis’s head. Subsequently, he told the press he refused to go above £999,999 to get the deal done. According to Francis, this was merely a tongue-in-cheek remark but in any case, nobody in the press believed the one pound short figure. It turned out that the actual value of the deal was worth around £1.15m, once tax and fees had been added on, meaning it easily smashed the milestone.

So, how did a player come to demand a record-breaking fee? Well, Francis has been banging in the goals for years at Birmingham City and he was getting better year on year. By the 1977-78 season, his eighth at the club, he recorded 29 goals across all competitions with 25 coming in the league. This did not put Francis at the top of the scorers’ chart mind you, his fine effort was eclipsed by Bob Latchford of Everton who scored five more. Incidentally, Latchford was a former Birmingham City player himself who moved to Merseyside for a record-breaking fee of £350,000 in 1974.

An inflation calculator will tell you that, £1m, or rather £1.15m, in 1979 was worth the equivalent of around £6m forty years later. This gives a very misleading picture how of how much money £1m was at the time though because in 2019 £6m was not a great deal of money by top-flight footballing standards. Even teams in the Championship were able to spend more than this on a transfer, Bristol City’s £8m signature of Tomas Kalas from Chelsea being just one example.

It would be entirely wrong based on this to think that the Francis transfer was just a run-of-the-mill deal. At the time, the average player in the first division was paid a weekly salary of £440. So, the deal was worth 2,613 times a typical weekly wage. Estimates for a current Premier League salary do vary little but, in 2019, it was reported that they had reached £61,024. If we were to multiply this figure by 2,613, this would give us a total of £159m, giving us a much better sense of the magnitude of the 1979 transfer. 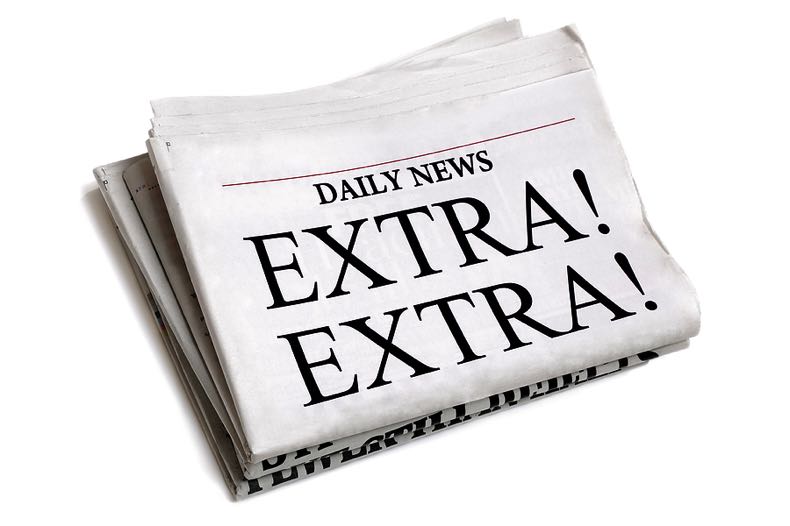 Needless to say, the press did not take the news of the first £1m+ deal in British football lightly. The tabloids were having a field day with the transfer, branding it “million-pound madness”. At the unveiling, the press crammed into the room where Francis sat beside his new boss, Brain Clough. Possibly in an attempt to make things seem rather more casual, Clough rocked up sporting a red leather jacket and a squash racket. During the press conference, the often expressive manager quipped that he brought the racket along in case Francis “makes a ball of it”.

The fee paid was much larger than anything British football had seen before (it had been broken twice elsewhere on the continent) so it naturally ended up on the back page of every newspaper going. You can almost think of it as the English version of the £190m Neymar transfer in 2017. Unlike the Brazilian, Francis was not a global superstar at the time, but the fee paid blew all other transfers out of the water and consumed media attention.

Did Francis Justify the Price Tag?

When you cough up such a big fee for a player, you hope and expect that he lives up to all the hype. In a sense, this was made tricky by how well Forest were doing at the time as there was not a great deal of room for improvement. The season before Francis moved clubs, his new side had claimed the First Division quite comfortably, as well as winning the League Cup. Additionally, Francis joined mid-season (9th February) meaning he did not have much time to familiarise himself with his new teammates.

Forest managed to retain the League Cup shortly after Francis joined but their new striker was unable to take any part in the final against Southampton as he was ineligible. He was also not permitted to take part in any European fixtures until the final, if Forest were able to reach it. Despite missing their big-money signing, Clough’s men did indeed make it that far where they faced Swedish outfit Malmo in Munich. The game finished 1-0 in favour of the English side and guess who scored the decisive goal? Who else but Francis! His header from inside the six-yard box bring European glory to his new club.

Given that this was Francis’s European debut, the decision to start him represented a huge gamble for Clough. The bold decision to pick the £1m man ahead of the likes of Archie Gemmill and Martin O’Neill paid off massively, however, with Forest crowned kings of Europe for the first time in their history. Francis played a major part during the 1980 European Cup win too, scoring twice in the quarter-finals against BFC Dynamo and once against Ajax in the semi-final. He could play no part in the big finale against Hamburg though due to a ruptured Achilles tendon.

This six-month injury marked the beginning of the end of Francis’s career at Forest. In the 1980-81 season he featured just 26 times, scoring 11 goals, and the next season he featured just twice before being sold to Manchester City. Despite becoming rather surplus to requirement by this point, Forest got all their money back with the Citizens paying £1.2m to have the Plymouth-born striker on board. The deal did need forcing through though with Man City manager John Bond threatening to resign if he did not get his man.

By the time he said farewell to the City Ground, Francis had scored a respectable 37 goals in 93 appearances. Although it was not a scoring rate impressive enough to truly justify the £1m spend, Clough often played the forward on the right-wing, rather than his preferred central position. Perhaps slightly hindered by this, Francis did not set the world alight during his two-and-a-half-year stay but to many fans his winning goal in the 1979 European Cup means he was worth every penny.

Did £1m+ Fees Become the Norm? 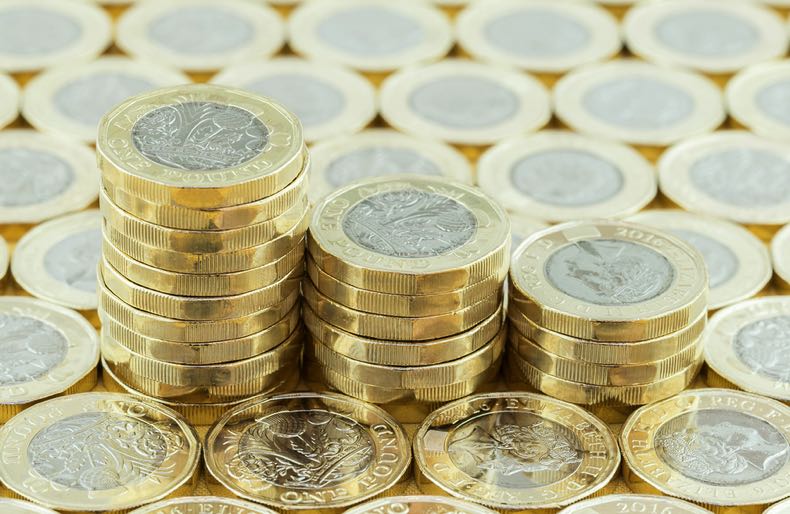 The Francis transfer rather opened the floodgates so to speak on seven-figure transfers. Just months later, Manchester City paid £1.45 million to Wolverhampton Wanderers for Steve Daley. It is rumoured that Malcolm Allison, boss of Man City, had wanted to spend £400,000 on the midfielder yet chairman Peter Swales got caught up in a bidding war. Due to the competition to sign the midfielder, who never registered a full England cap, Swales ended up paying over £1m more than initially intended.

Wolves used the sale of Daley to sign Andy Gray from rivals Aston Villa very soon afterwards for a fee that was only a few thousand more (£1.47m). These were not two isolated incidents either as if we jump forward a year to the start of the 1980-81 season, Manchester United stumped up £1.25m to buy Garry Birtles from Nottingham Forest. The Red Devils one-upped themselves 12 months later when signing Bryan Robson from West Brom at a cost of £1.5m. As you can see, with the £1m milestone broken, clubs seemed far more willing to dip deeper into their pockets for transfers.

When Were Earlier Milestones Reached?

It is useful to look at the £1m signing in a much broader context. Nowadays it seems like a tiny amount of money, by top-flight football standards, but back then it was a massive deal. We will just focus on British transfer records because the game was far less globalised in the past than it is today, so foreign transfers did not carry the same levels of influence. We will start by looking at the first £100,000+ fee paid as this gives us enough context to appreciate the magnitude of the £1.15m Trevor Francis fee.

It is worth noting that the legendary Jimmy Greaves could have easily been the first £100,000 transfer but Tottenham manager, Bill Nicholson, insisted the actual fee must be £99,999. His reasoning, much like Clough’s seven years later, was because he did not want to burden his new man with the added pressure of being a major milestone breaker. Although it is all largely arbitrary, the previous major milestone broken was back in 1928 when Arsenal paid a little over £10,000 for David Jack.

Transfers fees did not really skyrocket following the Francis transfer, rather they increased at a reasonably steady pace for several years after.

To find a transfer that at least doubled the existing transfer record, like Francis did, you would have to go all the way to the sale of Cristiano Ronaldo to Real Madrid. The Spanish giants paid £80m for his services, completely eclipsing the £32.5m that Man City had coughed up for Robinho in 2008.