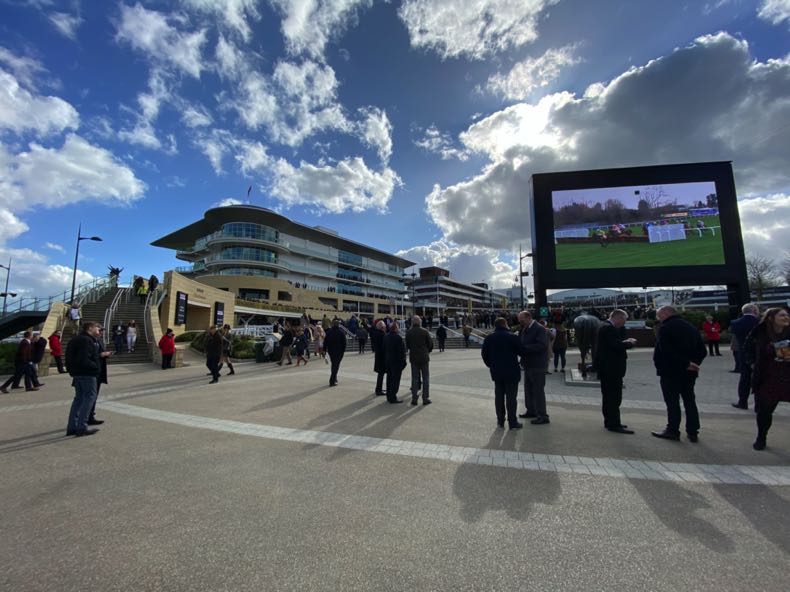 Every year the Cheltenham Festival ends up full to the brim with excited racegoers wanting to see some top-class thoroughbred action. Around 250,000 people enter the doors of National Hunt racing’s spiritual home across the four-day meeting which never fails to disappoint. It is estimated that the entire event is worth over £100m to the local economy, so it is not just horse racing fans that have a keen interest in the festival’s future.

But could it be that future Cheltenham Festivals take place over five days, rather than the current four? After all, given its current popularity, allowing more people to attend by adding on an extra day makes complete sense, right? Well, some people definitely share this view but you would be wrong to think there is any sort of consensus among racing professionals and fans, as we will now explore.

Who Is Proposing a Five-Day Festival?

The idea of a five-day meeting first gained some traction when Cheltenham’s chairman Martin St Quinton said he “wouldn’t rule anything out” when asked about extending the meeting in 2020. The topic went quiet for a while before being thrust back into the media spotlight in June 2021. During this month, as reported by a number of media outlets, the Jockey Club confirmed that they were looking into the possibility of a five-day Cheltenham Festival, potentially starting in 2023.

Outlining the reasons, the Jockey Club stated that some major stakeholders in the sport had expressed a desire for this so, naturally, it was something they had to weigh up. A spokesman added that they would “always explore every option to improve the festival and support British Racing”. So, these proposals are something very much coming from the top rather than being driven by the public. The Jockey Club have it in their power to push through such a change but they were very keen to stress that no decision had been made as of yet.

With discussions still at such an early stage, lacking any detailed plan of action, it does seem that a 2023 start for an additional day may be a real push. It is not a case of 2023 or bust though as any changes could easily be implemented further down the line. Many local businesses would certainly be in favour of all the extra revenue it would bring and it is a move that would improve Jockey Club coffers too. Although they are far from a poor organisation, the recent global health crisis did cause a considerable drop in their revenue, a decline of £90m in 2020 alone. 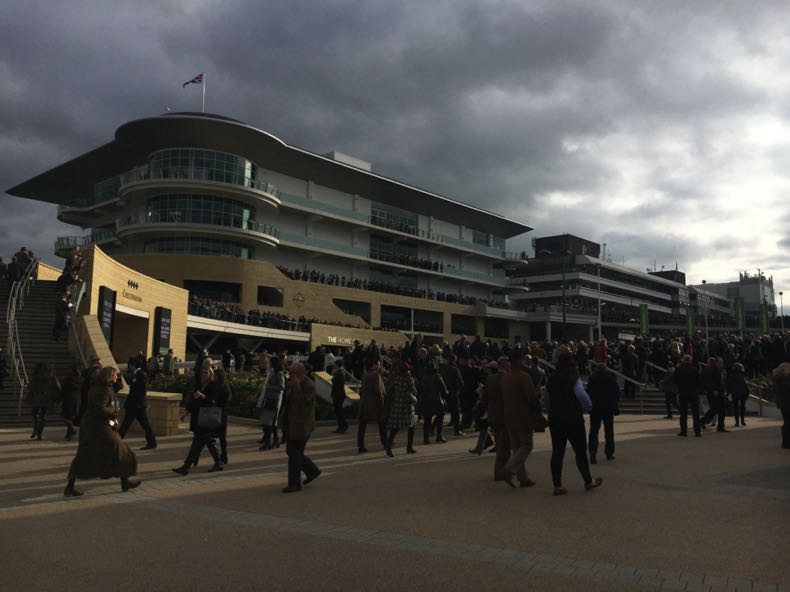 Currently the Cheltenham Festival runs from Tuesday to Friday but being a mid-week afternoon meeting, often in quite cold temperatures, does not put people off. Should an extra day feature, the festival would run from Tuesday until Saturday, with the new final day likely to attract a distinctly younger crowd.

Another point to note is that the current schedule sees seven races each day, so 28 in total. There would be no need to borrow or create seven new races though under the new format as a five-day meeting would see six races per day (30 in total). As such, only two new races would debut at a modified festival.

Is a Five-Day Festival Unprecedented?

No, far from it. Royal Ascot was formerly a four-day meeting before adding an extra day in 2001. At the time Ascot’s chief executive Douglas Erskine-Crum stressed that the move was only a one-time thing. The reason for having Saturday as part of the meeting, as a one-off, was to allow people to enjoy Royal Ascot, who would ordinarily not be able to. Following the success of the change though, organisers made the extra day permanent starting from the following year and Royal Ascot has had five days ever since.

Now, you can say that you cannot compare flat racing with jumps racing but the Punchestown Festival, the Irish equivalent of the Cheltenham Festival also includes five days of racing with 39 races featuring in total. So, it is fair to say a five-day event at Cheltenham would not be remotely peculiar, nor would it be the busiest festival on the British Isles in terms of the total number of races.

Who Is Against the Plan?

The reaction to the reports that a five-day meeting was potentially on the cards did not go down too well on social media. The Racing Post ran a poll to gauge public reaction with 79.2% saying they were not in favour of an extra day. The Jockey Club probably will not be overly concerned by what an average Twitter user thinks but they would be more considerate of reservations from trainers and jockeys.

Willie Mullins, the festival’s most successful trainer ever, commented in 2020 that he thought adding a day would devalue the festival as a whole. His stance seemed to be at least partly based on an incorrect assumption though that an extra day would see the meeting packed with lots of low-level handicaps. In reality, this would not happen because only two additional races would be added on top of the current schedule. Mullins’ stance of ‘four is plenty’ was later shared by fellow trainers Paul Nicholls, Noel Meade and Alan King, as reported by the Racing Post.

Former National Hunt jockey, Marcus Armytage was also in opposition to the plans, although he had a far greater number of concerns. Writing in The Telegraph he pointed out how the new Saturday fixture would likely clash with football and possibly even a big Six Nations fixture. Another concern was that any new races brought in, if they were of decent stature, would harm the significance of the existing big races. Finally, Armytage had doubts about whether the New Course and Old Course could take the additional wear and tear on an extra day. This final point seems to rest on the assumption though that like Ascot, Cheltenham would eventually add an extra race onto each day.

How Likely Is a Five-Day Festival?

This is the golden question and looking at it, we would say it almost feels inevitable to happen at some point. A lot of the people opposing the plans simply do not want to change what is not broken, rather than having a major concern with an extra day itself. Cheltenham Racecourse chairman Martin St Quinton, said it himself in 2020:

It [a fifth day] would get a lot of opposition, but people don’t like change. People complained when it went from three days to four but now everyone loves the four-day festival.

It is extremely hard to disagree with him because he’s he raises a very fair point. Virtually nobody is campaigning to bring the three-day festival back yet it was met with noticeable opposition at the time. In fact, the extra day seemed to win most people over virtually immediately. Some local businesses did report that traffic was more diluted (as you might expect), but not that they were left any worse off. Initial worries that the Cheltenham turf would be left in quite a state by the final day were easily quashed too as the course utilised an additional five acres just by moving the inside rails. This ensured there was fresh ground available for Friday’s Gold Cup.

It had been Gold Cup Thursday up until this point and for some it was purely for sentimental reasons that they were not fully on board with the change. Terry Biddlecombe, who rode as a jockey for 25 years, was one of these saying “Thursday was Thursday, Gold Cup day, and it was special.” It is never easy to change traditions but the four-day Festival has only been in place for less than two decades, so the same level of attachment is not there.

Ultimately, the reason we think the festival will eventually move to five days is the extra money it will bring in. In 2005 it was reported that every punter above the 179,000 break-even point represented £35 of pure profit. An extra day would increase this break-even point but given the meeting’s popularity, there is every reason to think it will be easily exceeded. Most days under the current format attract in the region of 60,000 to 65,000 racegoers.

Even if there was a slight dip day on day, the racecourse could still be up 40,000 to 50,000 overall thanks to having the Saturday. Given this is seemingly a sure-fire way to recoup losses suffered from 2020, as well as attracting a younger audience to horse racing, plenty is working in the proposal’s favour.

Notable Figures in Favour of the Extra Day

You also have to bear in mind that a 30-race meeting does not face united opposition within professional circles. There have been some big names that have already come out in favour of the plans, something which will help calm some of the discontent. Nicky Henderson, the festival’s second most successful trainer, welcomed the idea, albeit somewhat tentatively, saying, “I can see the plusses and the minuses but at the end of the day I’d say ‘yes’.”

Joe Tizzard also had no problems with the plans, providing the prize money was maintained while both Nigel-Twiston Davies and Phillip Hobbs expressed contentment providing the new races were of high quality. Evidently, there are some very notable figures willing to back a five-day plan, in the right circumstances. The Jockey Club would need to get the new set-up right but if they can, there is no reason why it cannot prove to be a success.