Founded in 1981, the London Marathon is a world-famous race that attracts hundreds of thousands of hopeful applicants each year. Welcoming runners from across the spectrum, with elite athletes right down to first-time amateurs, and everything in between, you will consistently find all kinds of runners taking part in the event. There is always a wide range of attire on display too with some competitors choosing to don the finest running gear money can buy and others attempting the 26-mile challenge in fancy dress.

This is a race with a big focus on charity after all and running in some novelty costume is always good for raising donations. While the weird and wonderful outfits seen are one of the reasons so many love the London marathon, very few fancy dress costumes are particularly easy to run in. Subsequently, it is not at all unusual to see some extremely slow times clocked at the London Marathon, as we will now explore.

Officially speaking, this effort in 2002 is the slowest London Marathon time in history which is why it has earned itself the top spot on our list. We say ‘officially’ because it was the slowest time recorded before the eight hour time-limit came into effect. Anything over this time now is not officially recorded so there is no real way of beating this record, unless the rules are changed. Nevertheless, if you do complete the marathon in more than five days and eight hours, let us know and you can at least get a place on our list.

Focussing on this actual effort though and it came courtesy of Lloyd Scott, a fund-raising and endurance specialist who features more than once on our list. He did attempt to run in the suit again, in 2012, but new rules meant that any effort should take less than a day. With this not being a remotely feasible target when trapped inside a 59kg suit, Scott instead ran in the Diamond Jubilee Marathon, the same course used for the 2012 Olympics. There was no stopping him in 2002 though as he laboured for over five days before making it to the finish line. The former firefighter and footballer was welcomed at the finish line by Paula Radcliffe who had won the women’s race several days before. 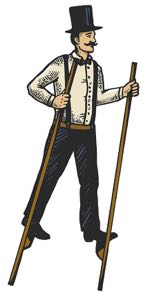 This time of 8 hours and 25 minutes recorded would have been very close to dead last, not that Michelle Frost would have minded much at all. The Bedford runner completed the entire course in 2008 on a large pair of stilts. Although it may seem an advantage to run with a longer set of legs, lugging around a heavy pair of 4ft sticks is as bad for speed as it is for the step count.

Frost entered the Guinness World Record books with this attempt although her record was smashed four years later by a stilts brother-sister duo. Refusing to be beaten, Frost reclaimed the top spot by beating the new record by 13 minutes when completing the course in 6 hours and 37 minutes during the 2018 London Marathon. 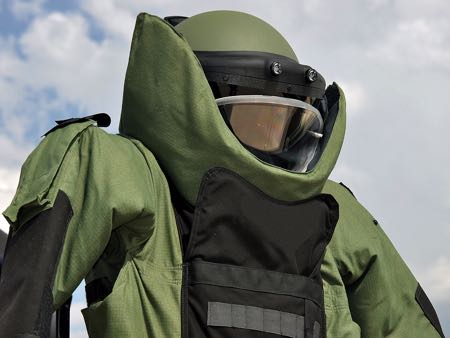 It is Bedford once again getting a mention here but not the town, rather a man named John Bedford who ran the entire London Marathon in an authentic bomb disposal suit. While these suits might look soft and cuddly, like being wrapped in a green duvet, rest assured they are not.

The outfit Bedford ran in weighed 66lbs, or 30kg, so imagine running while trying to carry an average-sized Labrador. Bedford’s effort of 9 hours and 40 minutes in 2011 is certainly much faster than most could manage in such a suit but four years later, Iain Church registered a world record effort in London of 6 hours and 28 minutes wearing a similar outfit. 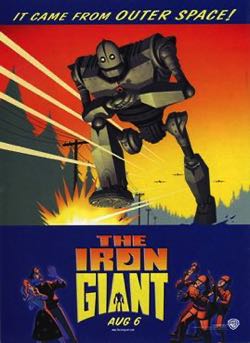 This is the second appearance from our London Marathon veteran Lloyd Scott who in 2008 ran in something even more taxing than an antique diving suit. For this London Marathon edition, Scott opted for a 9ft tall robot outfit inspired by the novel the Iron Giant, written by Ted Hughes.

Not naturally 9ft tall, Scott wore stilts to make up the difference. It was not just the height of the costume that made it so eye-catching though. The upper body of the fibreglass costume was animated with moving arms, illuminated eyes and even a moving mouth. With all these features, the costume ended up weighing in at a hefty 31.8kg. 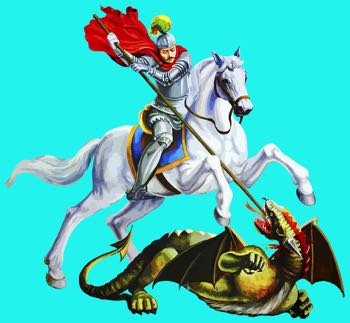 Two years prior to his Iron Giant effort, Scott, in patriotic fashion, ran as St George pulling an 8ft dragon. This is by far the heaviest of all his ideas with his suit of armour weighing 100lbs and the dragon itself weighing 200lbs. To make life a little easier for him, the dragon was on runners (no wheels) but this hardly removed all of the brunt work. In fact, during a 2009 interview, Scott claimed that this had been the hardest costume to run in but he was so keen to one-up his diving suit effort. Although he “hated it” all his excruciating efforts were not in vain as he helped Sir Steve Redgrave raise over £1.8m for charity. 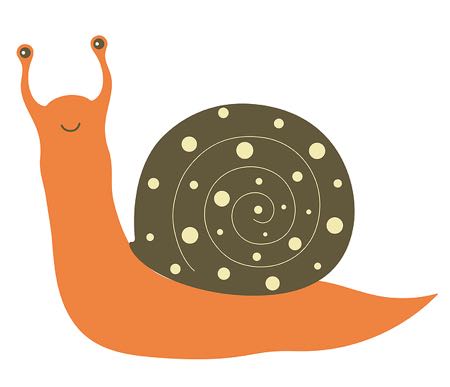 Scott’s view that the St George and Dragon costume was the most taxing surely changed in 2011 as this was the year he completed the London Marathon dragging around Magic Roundabout character Brian the Snail. We were careful not to use the word ‘ran’ here as Scott actually crawled the entire course inside the costume. Going at very much a snail’s pace throughout, it was only possible to complete one mile a day.

Scott had frequently pushed his body to the limits prior to this but his snail effort went above and beyond anything done before. Things were so tough that Scott would frequently throw up inside the snail and suffer nosebleeds. At some stage, his nose was bleeding so much he had to get it cauterised at the hospital. Not only this but there was all the debris he had to crawl over, something you will find plenty of over the space of 26 miles. Sadly, the £19,500 raised was actually less than the attempt cost (costume and PR expenditure) which resulted in his sacking from his role as director of fundraising for Action For Kids.

After the decline in donations for his monstrous Brain the Snail effort in 2011, Scott believed that his kind of fundraising was coming to a natural end. Subsequently, this ended up being the last London Marathon he competed in, at least in a challenging costume, although he has pulled-off other stunts elsewhere.

A ‘Normal’ Slowest Time – Around 9 Hours

If your only goal for a London marathon is not to finish dead last, then you will probably need to be capable of completing the 26 miles in no more than nine hours, but ideally around eight and a half. To match this time you simply need to go at a leisurely walk from start to finish, without taking any significant breaks.

In 2019, the slowest runner was Kerrie Aldrige who clocked a time of 9 hours and 11 minutes. She spoke to the BBC about her experience, stating she found it upsetting as she was being heckled by some stewards for being one of the stragglers.

Following complaints from several slow runners over the years who felt they were not receiving the same experience as faster runners, several changes were introduced. These included the introduction of 50 ‘tail walkers’ who would stay at the very back of the race to offer encouragement for the slowest racers. These tail walkers are instructed to walk at 3.25mph pace so that they would finish in eight hours.

Anyone expecting to take longer than this will be given the chance to start earlier on, behind the second or third wave, giving them a bit of a head start. The official time limit of eight hours, still remains in place, however. After this duration, roads are set to re-open so the race is officially over and people will be completing it for their own satisfaction only.