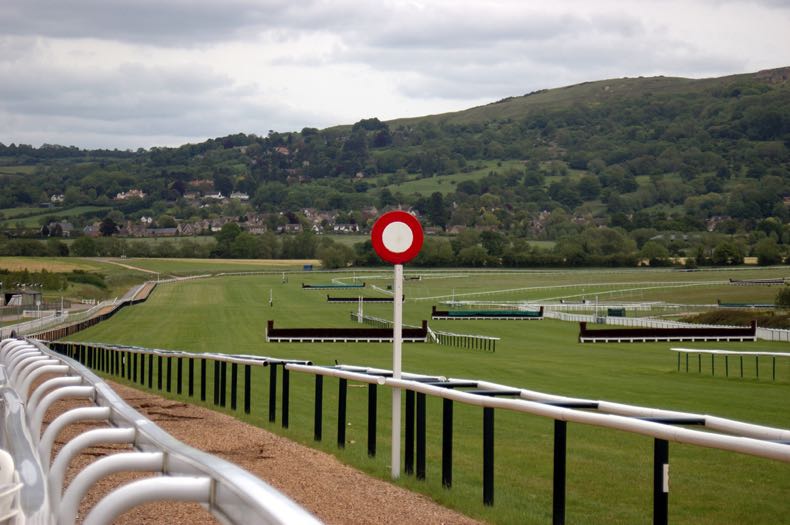 At most racecourses across the country, there is only one distinct patch of turf that horses compete on. Where a course offers separate hurdles and chase courses, they typically lie alongside each other. At dual-purpose venues offering both a flat and National Hunt course, the same is sometimes true and the two simply run side-by-side the full way around, whilst sometimes the exact same course is used simply minus the obstacles, so either way there is little difference between their characteristics.

At Cheltenham though, the situation is rather different because here you will find not just one, not just two, but three separate courses. All are used for NH racing, and all are on turf but even so, they are distinct. Home to the New Course, the Old Course and the Cross Country Course, Cheltenham is able to serve up a variety of different challenges for National Hunt runners. As well looking at each course individually, we will also look at the benefits that having multiple courses provides to the home of jump racing.

Cheltenham’s Old Course is used for three race meetings: the Showcase in October, The November Meeting (previously known as the Open Meeting) and the opening two days of the famous Cheltenham Festival in March. Its back straight runs alongside that of the New Course but it turns in considerably earlier, making it much sharper in nature. Despite this, it is widely considered to be less demanding although this is a relative term of course. There is no such thing as an easy run at Cheltenham given how stiff the obstacles are.

Before finishing a race on the Old Course, horses face a significant climb for around half a mile. While this would normally be a feature that sees overeager horses caught out by those waiting patiently behind, such instances are not common on the Old Course. Instead, the lead ends up changing hands less often than you would expect late on. Partly this is because there is a tight bend before a short run-in featuring just one (hurdles) or two (chase) jumps. Any horse in the lead approaching this final turn can take up the optimal line close to the rail and there is little time to catch them after this.

Overall, the Old Course is more suited to speedier types, especially those that enjoy running prominently. Hold-up tactics, on the other hand, do not tend to work well as it is difficult to make up any significant ground late on.

As the name suggests, the New Course was not the first to feature at Cheltenham but it quickly proved to be a welcome addition alongside the original Old Course. Despite not being the original or traditional course, today it hosts more of Cheltenham’s action, used for all of the following meetings: The International, New Year’s Day, Festival Trials Day, the second half of the Cheltenham Festival, and the two April meetings.

The New Course is wider than the Old Course and also has a much larger run-in, which is preceded by a much more gradual final bend. It is this extra size all round which allows the New Course to feature races of many different lengths, whereas the Old Course is only capable of four. Rather than speed, it is stamina that is the main asset to have here thanks to an even tougher uphill climb and that longer run-in.

The need for stamina is true for both steeplechases and hurdles events. In the case of the latter, there are just two flights down the long run-in so there is very little jumping compared to galloping. Patient and durable horses fare best on the New Course and there is never any need to be concerned if the horse you picked is sitting a fair way in the pack. Late surges are a common sight here for those with still a good amount left in the tank.

The rarely used Cross Country Course sees little action so you will find it discussed far less often than either the Old or the New Courses. It does however get rolled out every year for a race during the November and International meetings, plus the Cheltenham Festival. The layout of this course is far more confusing as it is not simply a case of running left-handed around a large oval. Instead, jockeys have to loop in and out, coming back on themselves, in something that looks even more bending than a Formula 1 circuit and typically features a range of obstacles rarely sighted in the world of top-level horse racing.

The light blue line is the first circuit, the yellow the second circuit and the dark blue line the last. There is a lot of going round in circles as well as a variety of ‘natural’ fences made from shrubs and bushes. Some of them replicate those found at the Grand National so it can be good practice for Aintree’s big race, especially given the stamina required. Given its highly unique challenge, this is a course that only suits a quite particular type of horse, part of the reason why it is used so rarely each year.

Although far from an event you see every year, the complicated configuration of the track has seen jockeys take the wrong path in the past. In the 2007 running of November’s Cross Country Chase for example, three of the 14 runners (Puntal, Florida Dream and Happy Hussar) all took the wrong route, temporarily, falling about a furlong behind in the process. Despite this, Puntal somehow recovered to finish third, just three lengths behind the winner. If only Noel Fehily had taken the right course, the 11-year-old could have enjoyed one last win.

By having two main courses, Cheltenham can not only serve up a significantly different test but it helps keep the turf from getting too chewed up. This is particularly important for the Cheltenham Festival as 28 races on the same course would see it take a battering if conditions were soft or heavy, which is quite often the case. Heavily cut up ground, as well as potentially making the course dangerous for horses and jockeys, would probably require a festival rescheduling too. Currently the Gold Cup, Cheltenham’s most prized event, is the penultimate race on the entire card, but it would not seem right to host this on a very tired-looking circuit.

The Cross Country Course on the other hand, does not exist to allow the Old and New Courses to rest, rather it adds something a bit different to the National Hunt calendar. It is popular in other countries but has little presence in the UK. In a way, they pay homage to the way steeplechases originally were with more varied (rather than uniform) fences jumped across long distances. All three Cross Country Chases at Cheltenham are 3m 6f and 37y in length, making them some of the longest races in the country. 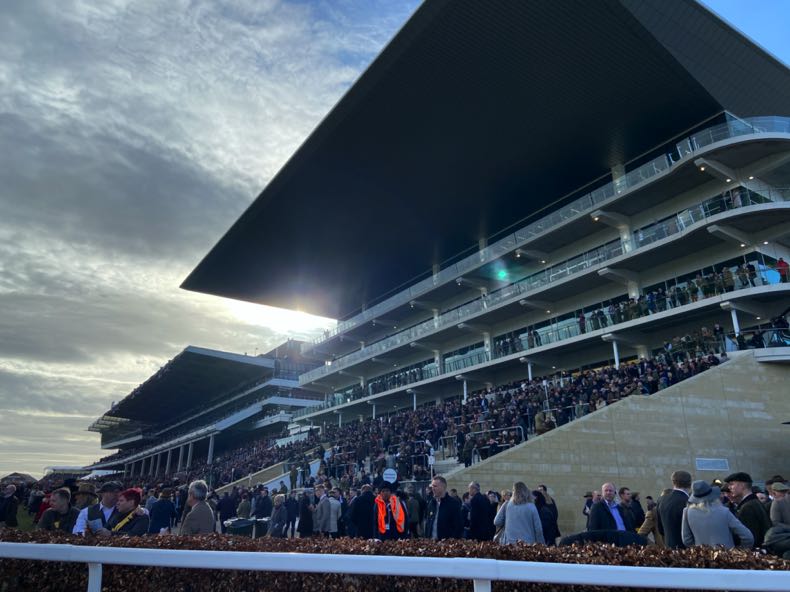 For those of you familiar with Newmarket Racecourse, you will know that the July Course and Rowley Mile both feature their own buildings and stands. This is not the case at Cheltenham though as all races, regardless of the course, finish at the same winning post. All the permanent structures are subsequent located close to here, rather than being split between two areas of Prestbury Park.

Just a quick final word here to mention that a horse will be classed as a former Cheltenham winner if they have won on any Cheltenham course, not necessarily the one they will soon race on. Subsequently, you will find a ‘C’ on the racecard if a horse has, for example, previously won on the New Course, even if the race they have been declared for is an Old Course test. Given that each course provides a distinctly different challenge, being known as a former course winner here can sometimes be a little deceiving.

That said, any former win, regardless of the course, certainly is not a bad thing as the courses do still have some shared traits and features. Cheltenham is the unofficial home of jumps racing and with three great courses, it is easy to see why.