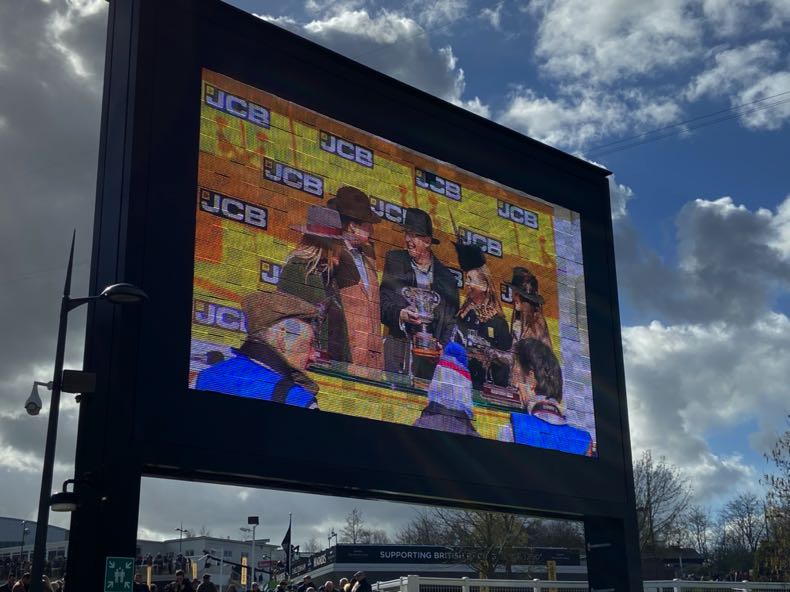 As a trainer of National Hunt horses, there is no better time to hit a rich patch of form than during the Cheltenham Festival. This much-celebrated meeting features some of jump racing’s most prestigious races, best horses and biggest crowds, as well as over £6m in prize money. A good festival showing therefore can be a huge cause for celebration among the most successful trainers.

Although trainers are always the competitive types that want to win as many races as possible, they do end up in a more formal competition against one another at this flagship event. This takes the form of the top trainer award, something handed out every Cheltenham Festival. Each time there can only ever be one winner and for that individual they get to enjoy bragging rights over all their rivals. It also helps etch their name into the festival history books as the top trainer award, much like the top jockey award, is something taken very seriously and that carries a great deal of prestige.

Top Trainer Award – How Does It Work?

There is no panel of judges needed when it comes to crowning the top trainer each Cheltenham Festival. Although there might be some that would like there to be an element of subjectivity to it, this is not the case. The top trainer is simply the trainer who, over the course of the entire meeting, saddles the most winners. Strike rate is not considered, so naturally this format benefits trainers that enter the most horses.

After the very last race, if there is a tie at the top of the leaderboard then the number of second place finishes will be used to find an outright champion. If the tie still remains, third place finishes will also be added up. Effectively, it follows the same scoring format as the one used for the Olympics medal table. These two tiebreakers, particularly second place finishes, are needed fairly often as ties are not uncommon. Starting from 2019, three consecutive festivals saw the two top trainers share the same number of victories.

There is no monetary prize for being the top trainer (although any handler to win the award will of course have earned plenty over the four days) but they do end up going home with a trophy that is handed to them on the final day of the festival. It is a prestigious piece of silverware to collect too as this is National Hunt’s finest meeting and one that always attracts the very best in the business. 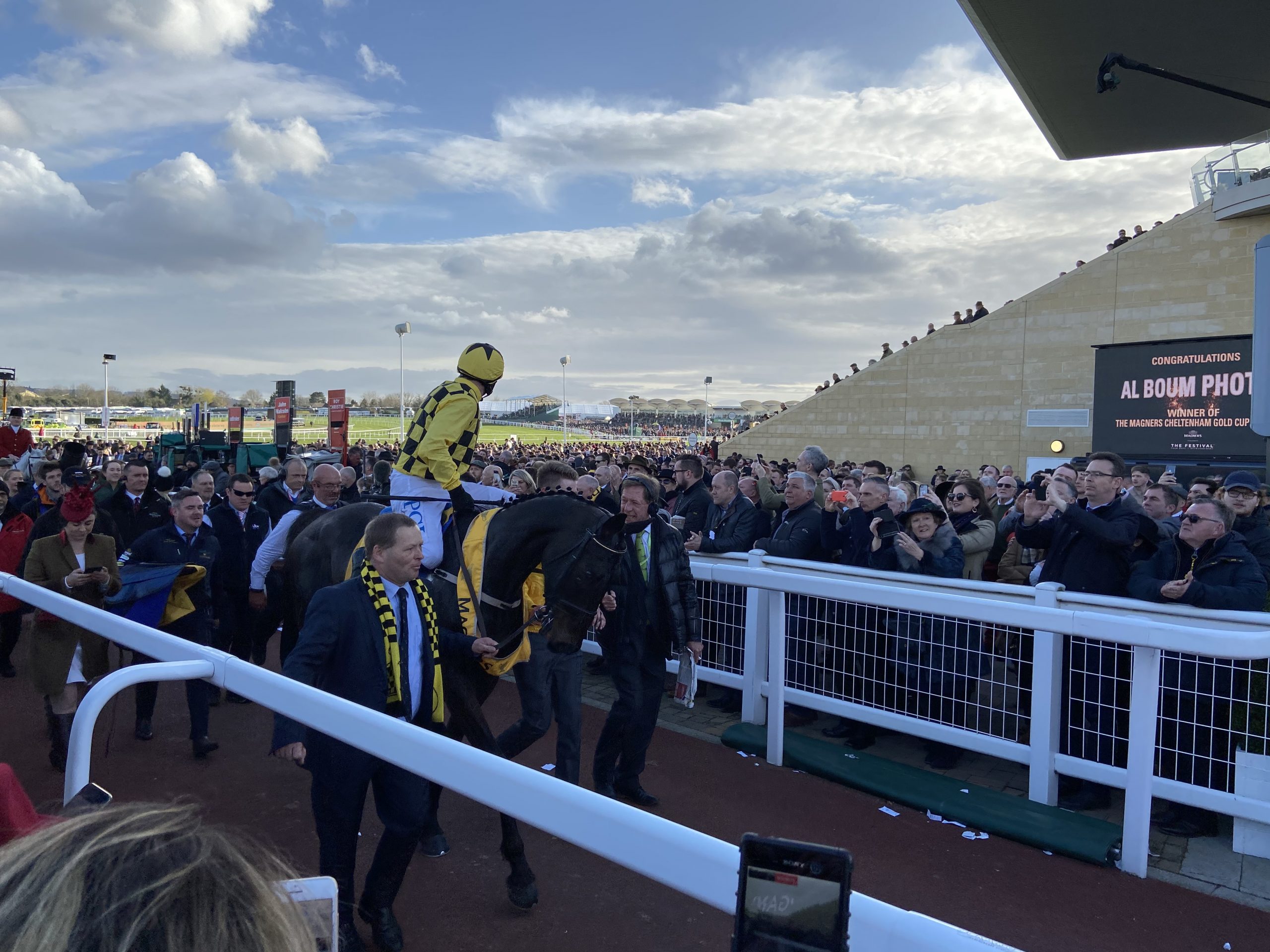 For the Cheltenham Festival you are not just limited to betting on individual races. If you are predicting one trainer to enjoy an especially successful week then you can quite easily place a top trainer bet. It is a market many bookmakers offer and there are usually at least a couple of names that stand a realistic shot of success. We would say though that it is a market that does not tend to surprise too much. Between 2006 and 2021, the award was shared among just four trainers, frequently going to the person who was thee pre-meeting favourite.

Part of the reason for this is because the top, or top few trainers, send far more horses to Cheltenham than the rest. Ahead of the 2021 festival, Willie Mullins was the 1/5 favourite because he entered 55 horses, way more than any of his rivals. The next busiest in fact was, Denise Foster, who had 32 horses in action. Of course, quality not just quantity is a factor, but a small yard that has just three or four standout horses from 10 entries has no real chance of topping the table, barring a major miracle.

When placing a top trainer bet, you may wish to check how your bookmaker will settle the market. Most likely they will follow the same rules as the festival itself, looking at second and third place finishes should there be a tie. In doing so, they will only pay out on one trainer. It could be though that the bookies applies dead heat rules for the two or more trainers that share the joint most number of winners.

In addition to making a bet on the top trainer at Cheltenham, you may also want to include a number of their runners in various combination bets. Such an approach is a case of putting all your eggs in one basket, but if your handler delivers the goods the rewards could be huge. You may pick any number of their horses and pick a bet like sevenfolds from 10 selections, or stick to the favourites and opt for something like a Lucky 15, Lucky 31 or Lucky 63, with four, five and six selections respectively.

Without going into too much detail, since 2014 the Prestbury Cup has pitted Irish and British trainers against one another in a fairly formal contest. In what is an effort to spice up the rivalry a little, organisers at Cheltenham now award the Prestbury Cup to whichever nation is responsible for the most winners over the entire festival. This is something you can quite easily bet on ahead of any Cheltenham Festival and there will usually be three options: Ireland, Britain or a draw.

It can be a good alternative bet if you are struggling to decide between a couple of individual trainers in the top trainer market, but they both come from the same country. That said, it is worth noting that in recent years the raiders from the Emerald Isle have been dominant. In 2021, for example, the score finished 23-5 in their favour. Britain last won in 2015, by a single race, whilst in 2019 they managed a tie. Overall, however, the record stands at two wins for the “home” side and five for the Irish, with the race-record being 107-86 in favour of the Irish (all stats correct prior to the 2022 Cheltenham Festival).

Although the list of winners is far from diverse, it is worth taking a look at former recipients of the highly-respected top trainer prize. The data below includes all those that claimed the award between 2021 and 1997. The reason the total amount is one short is because there was no festival in 2001 due to the foot-and-mouth outbreak.

So, across 24 editions of the festival, just seven men (and they are all men, with a woman yet to claim the prize) have been crowned top trainer. From the small list, Jonjo O’Neill is the only man to have also collected the top jockey award.

Over the past 10 years or so it is Mullins who has really put his stamp on this contest. The Master of Closutton is the most successful trainer in the history of the festival, with 78 wins as of 2021. That includes 10 wins in the feature contests plus a further four wins in the Ryanair, and has led to him being named top trainer eight times since 2011. He has a huge number of horses at his operation and possesses quality, quantity and resources, much like racing’s version of Manchester City!

How Many Winners Does a Top Trainer Saddle? 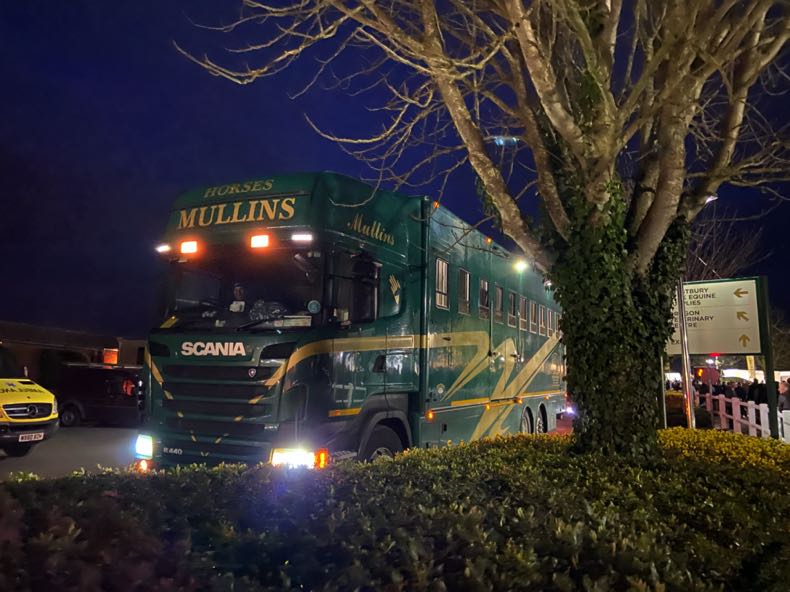 There is no set number for this as it depends how fellow trainers perform during the festival. The average has increased in more recent years though, partly because the festival expanded to four days in 2005, adding four extra races in the process. This, combined with other factors, has seen the top trainer register around 1.5 additional wins on average compared to pre-2005.

Even if we were to dig further back than 1997, it was incredibly common for the best performing trainer to have just two or three wins. The festival was more of an even fight prior to the 21st century and you would see the odd surprise name top the charts In the 1980s, there were 12 individual trainers that recorded either the outright most wins or joint most festival winners. By contrast, between 2011 and 2021 there were merely five.

Having seen a growth of more dominant names in National Hunt racing, this has led to trainers enjoying an unprecedented amount of success at times. Gordon Elliot in 2018 and Willie Mullins in 2015 both secured a record-setting eight winners during one festival, a number that will take quite some beating. Mullins is also responsible for two of the seven-horse wins, with Nicky Henderson the man claiming the other. What’s more, it is becoming increasingly common to see the likes of Mullins landing a 1-2-3 in contests at Cheltenham, even in some of the bigger and more prestigious races.

It is possible to win the award with fewer wins than this of course. In 2016, Mullins saddled seven winners but he could have potentially gotten by with just three as there was such a gap between him and second place. Battles are often competitive though, regularly ending up with no more than a one-win difference between the two leading trainers. As a result, the tension tends to last until the very last race or two.

It is now time to take a closer look at the all-time leaderboard for most wins secured at the Cheltenham Festival. These figures are valid up to and including the 2021 meeting, a time when Mullins added six winners to his overall tally. As said, the Irishman has enjoyed more success at National Hunt’s showpiece event than anyone else and subsequently, his entries always carry a certain level of respect.

Previously, registering 20/30 winners would have put you very high up on the list for total victories. The only retired trainer to exceed this mark was Fulke Walwyn, who for a considerable time stood head and shoulders above the rest. His record has since been easily surpassed by the more recent crop of leading trainers. Three have already comfortably exceeded his tally and Gordon Elliot is likely to do so in the coming years too.

Part of the reason these current big names have become such stars of the festival is their longevity. Nicky Henderson for instance registered his first winner during the big event back in 1985 while for Willie Mullins his came in 1995. They have put their experience to good use and it will be interesting to see if any of them can eventually hit or get very close to the 100 mark before they retire. The talked-about expansion to a five-day festival, meaning an extra two races, will help their cause but it still remains a big ask.