The Cheltenham Festival has come to dominate the National Hunt season in both Britain and Ireland. The number of eye-catching storylines in the build-up to Cheltenham seems to grow every year and even as the current Festival is taking place, discussion begins about the possible stars of the next one.

The Prestbury Cup has come to be one of the most important of those lines of discussion, with the battle between British-trained and Irish-trained horses at Cheltenham sparking fierce debate about the future of jumps racing. In this article, we look at what the Prestbury Cup is, why it is important and how the competition between Britain and Ireland has swung decisively in the latter’s favour over the years.

What Is the Prestbury Cup?

The influence of Irish racing fans, horses, jockeys and trainers is impossible to miss at the Cheltenham Festival. Whether you’re enjoying the hospitality in the Guinness Village, milling around the racecourse or just watching on from home it is clear that Ireland has taken Cheltenham to its heart.

Cottage Rake’s heroics are widely credited as the reason why the Cheltenham Festival became so important in Ireland. Trained in Cork by Vincent O’Brien, Cottage Rake completed a hat-trick of Cheltenham Gold Cup wins in 1950 and it was that feat that really saw Irish trainers take aim at Cheltenham.

Several Irish raiders came over to plunder the biggest prizes at Cheltenham over the following years. By 2014, the head-to-head battle between British and Irish horses had become such a big part of the Cheltenham conversation that the Prestbury Cup was introduced. It is named after the local village just to the east of Cheltenham. Indeed, the racecourse is situated on Prestbury Park and is often referred to as such by racing fans.

The Prestbury Cup has been contested every year since 2014 with the winner being the nation that has the most wins over the four days of the Cheltenham Festival. There is no weighting for the quality of the races, it’s just one point per race won. There are 28 races during the Cheltenham Festival so the contest is generally a race to 15 (although there is the odd French-trained winner) and, in more recent years, the conversation has been less about who wins the Prestbury Cup and more about the margin of victory – but more on that later.

Like the other trophies and cups handed out during Cheltenham week, the Prestbury Cup is a physical object. When the trophy was made it had a cut of the Cheltenham turf sealed in it so the winning nation can always keep a piece of Cheltenham with them. It is handed out to a selection of jockeys and trainers from the winner nation on the Friday evening after the final race of the meeting.

The Prestbury Cup was introduced because of the competitiveness between British- and Irish-trained horses. As the table below will show, things have become a lot less competitive as time has gone by.

Britain won the first two editions of the Prestbury Cup by narrow margins before Ireland won for the first time in 2016. This was just what the bookies and everybody involved with promoting Cheltenham wanted. A head-to-head battle is only interesting as long as it remains competitive – just ask any England cricket fan who has travelled down to Australia for the Ashes in recent years! And, Ireland’s dominance of the Prestbury Cup has made it a less interesting competition, at least for the time being.

The Irish dominance has also caused much consternation in British racing. After the trouncing in 2021, a task force was set up to gather the views of a cross-section of those involved in British racing to try and come up with a plan of action to bridge the gap between Britain and Ireland. This showed that the Prestbury Cup is much more than just an addition to the Cheltenham Festival.

It will be fascinating to see how well British jumps racing can bridge the gap to Irish racing. The main challenge will be for British racing to stay an attractive proposition for owners as the prize money does not compare favourably with Ireland. When you look at the quality of the horses who are training with the likes of Willie Mullins, Henry De Bromhead and Gordon Elliott it is a scary proposition for British racing. That’s before you consider other trainers who are only one rung below the big three such as Joseph O’Brien, Gavin Cromwell and Noel Meade.

Then there is the suggestion that there is just too much racing in Britain which thins out the average field sizes. That’s particularly important in handicaps. The smaller the fields the smaller the proportion of horses who drop down the handicap ratings so it’s little surprise that so many Irish horses head to Cheltenham well handicapped and go on to take advantage.

There are some other good ideas though including changing some Grade races to handicaps to make them more competitive, thus improving field sizes and hopefully prize money. It’s also likely we’ll see a shuffling in the schedules with races moved in the calendar and to different courses to try and create meetings of the calibre of the Dublin Racing Festival which was introduced in 2018.

Betting on the Prestbury Cup 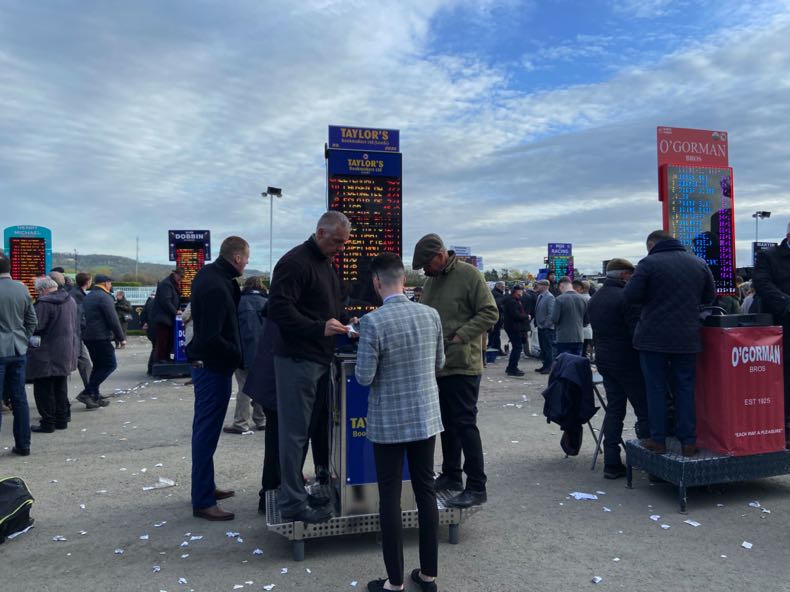 The Cheltenham Festival is the best four days of jumps racing on the calendar. If you don’t like the look of one of the races on a day’s card you don’t have to wait long for another race and the potential to win from the bookies. Cheltenham betting involves more than just the 28 races though. There are a host of ante post and special betting markets, of which betting on the Prestbury Cup is just one option.

Obviously, it has become rather less appealing from a betting perspective the stronger the Irish challenge has become. It may be some time before Ireland are available at anything other than long odds on. However, the bookies don’t like uncompetitive markets so if you shop around you’ll find handicap markets on the Prestbury Cup to make things more appealing. You’ll also find bookmakers and betting exchanges who offer live betting on the Prestbury Cup with the odds updating as the Cheltenham Festival progresses.