Featuring the longest trip of the year, the biggest fences in the National Hunt game and a level of betting turnover and public interest which puts every other UK race in the shade, there is nothing small about the Grand National. Another feature that is significantly larger than that witnessed in your average race is the size of the field, with a whopping 40 runners lining up each year to do battle over the 30 fences and marathon 4m2½f trip.

Whilst 40 may seem a lot – and is indeed the maximum amount permitted on safety grounds – it is nevertheless invariably exceeded by the number of entries for the race. In 2021, for example, no fewer than 103 runners were declared at the initial entry stage in January. Whilst this does almost always significantly decrease by the time final declarations are made in the week preceding the race, inevitably a fair number of owners and trainers are left disappointed in being unable to run their pride and joy in Britain’s most famous contest.

For the majority of runners who don’t make the cut, all chances of taking part in the race end the moment that the intended final field is announced on the Thursday before the race. However, a select band of four horses do still have a sliver of hope – namely the quartet of contenders named as reserve runners. Here we take a closer look at these reserve runners, including when and why they were introduced, how often they have ultimately taken part in the race and how they have fared when doing so.

Before we discuss the Grand National reserves, some may be wondering how the final field of 40 runners is determined to start with. Again taking 2021 as an example, who decides which of the 103 initial entries will be granted a place in the final field and how do they come to their decisions?

The answer to this question lies in the hands of the official handicapper who, upon receiving the initial list of entries in January each year is then set the task of assigning an ability rating to each of the runners. Whilst the handicapper will use the official rating of the runners as a foundation, alterations will be made to factor in positive performances in other marathon events and especially if a runner has previously shown an ability to perform well over the National fences. That could be in previous editions of the big race itself or in the Becher Chase or the Grand Sefton Chase.

Just as in a standard handicap, these ratings will determine the weights to be carried in the race, with the top-rated runner carrying top weight and so on. The top 40 runners in the ratings list are granted a berth in the race, with those outside of the top 40 left to hope that some of those rated above them will be withdrawn so they can move up the list. 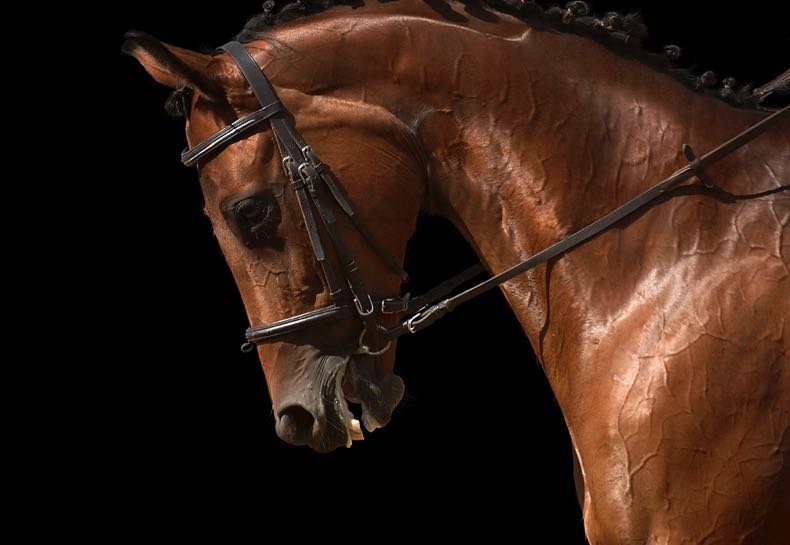 Almost always hugely oversubscribed, it would be hard to imagine that the Grand National would begin with any less than forty runners. However, this is exactly the situation that did occur in every edition of the race between 1994 and 1999, with the total number of starters in each of those years shown below:

The reason for these missing runners was straightforward enough, as up until that time the Grand National operated in much the same way as any other UK horserace. Prior to the year 2000, there was no reserve system in place to react to runners being withdrawn after the final declarations had been announced. For example, should the final field of 40 be confirmed on the Thursday, and four runners withdrew on the Friday or Saturday, then 36 would go to post on the day, and under the old system, there was no way around this.

Maximum fields are desirable in the eyes of various stakeholders, including race organisers who seek to maintain the traditional spectacle of the race; connections of the runners themselves who desire the maximum opportunity to run; and to the bookmakers, as more runners generally means increased turnover and profits. On the back of a six-year streak of subpar fields, a rethink was clearly in order. Following a review in the aftermath of the 1999 renewal, it was soon announced that a reserve system would be introduced ahead of the 2000 edition of the race.

A relatively common occurrence in Irish racing, but used much less frequently in Britain, the reserve system is really fairly simple. In the instance of the Grand National, the top 40 runners in the ratings will be announced as the declared field on the Thursday before the race, with those horses in positions 41,42,43,44 on the ratings list then being assigned as the first, second, third and fourth reserves, respectively.

Should a runner from the declared field of 40 then be withdrawn before the final cut off point at 1pm on the Friday before the race, they will be replaced by a reserve runner, with priority given to the first reserve. Two non-runners would result in the first and second reserves grabbing a spot in the race and so on.

How Often Have Reserve Runners Been Used? And, How Have They Performed?

That’s how the system works, but how has it fared in practice? The first thing to look at here is whether the use of reserves has helped to bring the average number of starters closer to the maximum of 40 since being introduced in 2000.

The answer to this question is a pretty resounding yes, with 17 of the 21 editions since the introduction of reserves seeing 40 runners go to post. The exceptions were the years 2004, 2015 and 2016 in which 39 runners lined up and the 38-runner edition of 2018.

Of course, not all of this improvement is down to the new system, with 12 of the 21 years actually achieving a maximum field of 40 without the need to summon a reserve into action. There were however seven editions over this 21-year period in which the reserve system did increase the field size on the day, as detailed in the table below:

Overall, race organisers will no doubt be pretty pleased with the impact of the new process, with the 21 editions since launch seeing 10 runners given the chance to run in the race who would have missed out under the old system; and a maximum field achieved in five years which otherwise would have fallen short.

The Fate of the Reserves

Having sat on the subs’ bench until the 11th hour, only to belatedly be handed their shot at glory in the most famous race of them all, just how have these 10 reserve runners performed?

Before we delve into the results, one thing to remember here is that the Grand National is a handicap event – in which the chance of all runners is theoretically equal due to the differing weights carried. With that in mind, the reserve runners ought to have just as much chance of winning as the horses they replaced, at least in theory anyway.

Thus far, however, these late substitutions haven’t exactly covered themselves in glory. For as good a story as it would make had a super-sub been called up late and gone on to conquer all, the actual finishing positions of the reserve runners has been as follows.

No super subs of the Ole Gunnar Solskjaer variety amongst that lot then, with not one of the 10 reserve runners to take part (as of 2021) managing to even complete the race let alone threaten the winner’s enclosure.

By virtue of being pulled up soon after the 28th fence in 2019, it is Just A Par who boasts the “best” reserve performance. Bramblehill Duke meanwhile emerged as the answer to a, possibly obscure, pub quiz question when becoming the first horse to appear as a reserve runner in the Grand National on two separate occasions – making it no further than the sixth fence either time. Possibly the most underwhelming reserve performance of all though was that of Walk In The Mill who, having narrowly missed the cut on the Thursday, made it into the race as a reserve on the Friday, only to then be withdrawn again on the Saturday morning.

One final thing to be just a little careful of with the reserve runners is when placing a bet on such a horse before it has been determined whether or not they will ultimately take part in the race. At the majority of bookmakers, the four reserve runners will be assigned a price from the moment they are confirmed on the Thursday before the race.

Of course, there is nothing wrong with placing a bet on one of the reserve runners at this stage in the hope that they do ultimately get a run on the day – just be sure that your bookmaker of choice is offering the Non-Runner, No Bet concession. And, given the performances of the reserves to have taken part in the race to date, non-runner money back may very well be a good result!