The Grand National is not only one of the biggest events in the sport of horse racing, it is one of the most popular sporting events in the United Kingdom. Many big races manage to go by without the wider public paying much attention, but the Grand National is a different animal, so to speak. It is the one race that attracts attention from people who would not describe themselves as either fans of horse racing or even in many cases fans of sport in general. Equally, it is the race where people who don’t have a bet, do have a bet.

It is seen as quite a big deal when the Aintree showpiece takes place as normal each year, and especially so when there’s a shock winner (like the 100/1 shot Mon Mome in 2009) or when a horse wins after having won the race before (for example, Red Rum in 1974 and 1977 after first having won in 1973). But it is also a very big deal when something happens to disrupt the Grand National in some way. And, that is exactly what happened in the 1993 renewal when the race was declared void!

What Happened to the Grand National In 1993?

The race was set to take place on the 3rd of April, 1993 and organisers knew they were in for a tough day when a group of animal rights protestors stormed the track and caused a delay to the start of the Grand National. Whether the delay caused some of the horses to become spooked is hard to say. But it’s not hard to say that what happened after that became rather farcical.

It was obvious that some of the horses were not exactly settled at the start and when the starter let them go, some refused to set off while others appeared to get the starting tape caught around their necks. The starter took the swift decision to raise the red flag and a false start was indicated. As is normal in this situation, the runners and riders were ordered back to the start to have a second bite at the cherry.

It took a fair while to get the horses back into position for take two of the Grand National, and – understandably – plenty of them were getting a little jittery. Some runners were facing the wrong way, others spinning around, apparently not being too sure which way they were supposed to be running.

And, this time, when the starter let them go the tape once again got snagged, this time around the neck of jockey Richard Dunwoody. The starter thus had little choice but to raise the red flag again and recall the runners for a second time… except this time not all of the jockeys were aware it had been deemed a false start! In fact, in the words of the legendary racing commentator, Sir Peter O’Sullivan, “the majority don’t realise it’s a recall.”

Not quite sure what was going on, or just too stubborn to call it a day, most of the jockeys carried on the race even after completing the first circuit when they must have seen the starter frantically waving the red flag. Some runners did stop at that point but others, perhaps fearing they’d never get the chance again, continued to complete the full race distance.

It was fairly clear as the leading runners crossed the finish line that they were aware the result wasn’t going to stand. There was no jubilant celebration to be seen and many in the crowd were booing. Especially those who’d backed the “winner”, the 50/1 shot Esha Ness. Jockey John White looked rather nonplussed after crossing the line and must have had very mixed emotions.

Now we’ve given you the basics of what happened, let’s let the sports broadcasting legend that is Des Lynam give you a more in-depth view on things:

In theory, all the runners who had ignored the starter’s red flag could have been disqualified and the nine who had abided could have competed in a re-run. But some of the jockeys who ignored the starter and others trying to stop them after the first circuit said they thought the people were protestors attempting to disrupt the race. This was reasonable enough given that, as we mentioned, protestors had indeed delayed the start of the National in the first place.

As it turned out, the Jockey Club ruled out any chance of the race being run again and declared the race void. This meant that bookies had to refund their bets, a total estimated to have been somewhere in the region of £75 million.

An investigation was ordered and the judge-led inquiry found that starter, Keith Brown, took some of the blame because he let the horses get too close to the tape. But more blame was apportioned to a different official, Ken Evans, who was situated a little further along the course and who failed to take appropriate action after the second false start that might have alerted the rest of the runners to what was going on.

Widely described as a farce, a shambles and even as “the worst day in British racing”, it has often been dubbed the Race That Never Was in the media. Lessons were learned from the debacle though and measures were put in place to ensure it was never to be repeated. Such measures included an improved starting tape mechanism, a reduced width at the start and the introduction of fluorescent yellow flags, which would be easier for jockeys to spot than the rather dull red flags.

Have Any Other Grand Nationals Not Taken Place? 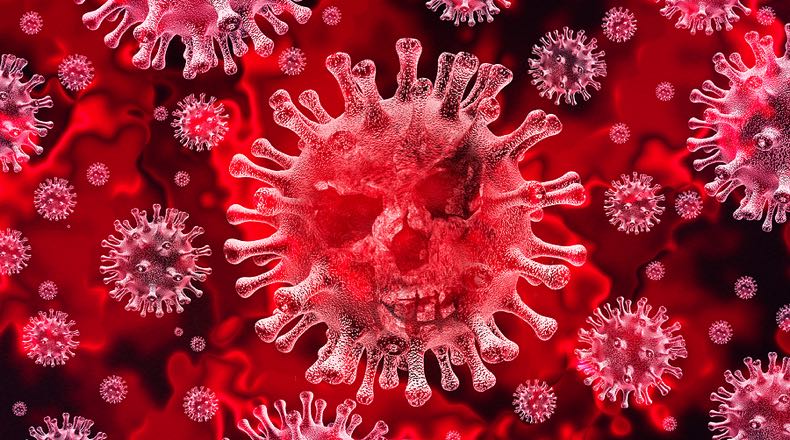 Since it was first run way back in 1839 (or 1836 if you include the three pre-Grand National races), the Grand National has been run at Aintree almost every year, with these notable exceptions:

As you can see, in most cases it takes something rather dramatic (such as a world war or global health crisis!) to stop the Grand National. Except in 1993, when essentially it came down to an ineffective starting mechanism and really bad communication.