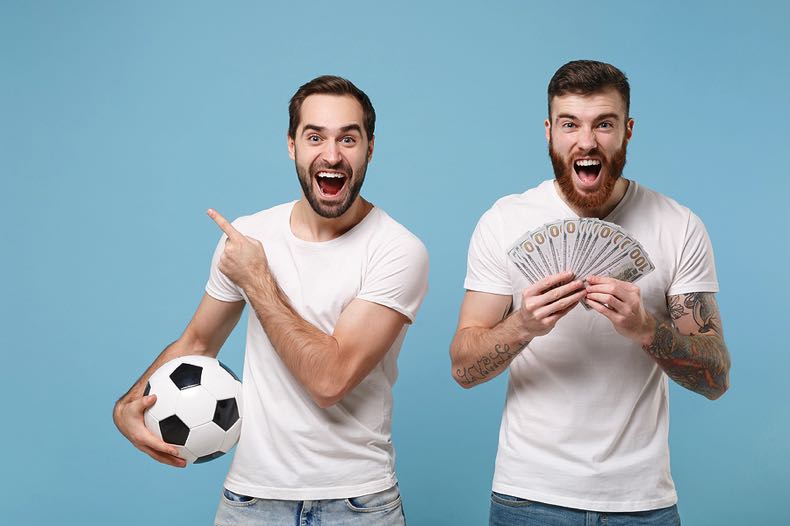 There are many times in life when you may end up gambling money among a group of friends. Whether it be a Grand National sweepstake, a game of Texas Hold ‘Em poker or predicting the winner of the Premier League, the possibilities are near endless. No matter what type of bet you place it is all considered gambling and, as many of us know, gambling is often tightly regulated, especially within the UK. With this in mind, you may be wondering if placing wagers with a friend is an entirely legal practice, or if you could potentially land yourself in hot water.

Although bookmakers and betting exchanges have numerous rules to follow, as commercial providers, staying on the right side of the law when gambling with friends is a much easier task. Really, there is very little you need to be aware of and providing you play by the limited set of rules, you will never be in any danger of getting into trouble.

Betting with Friends: Things to Avoid

Okay, so no matter what you might be betting on whether it be a skill-based game, a sporting event or something like who can down a pint the fastest, there are a couple of key rules.

1. Individuals Are Not Allowed to Take a Cut

The most important is that all the money paid in must also be paid out as no individual is permitted to take a cut for themselves, even if they have ‘organised’ the bet. Failure to do this will stop the gambling activity from being a non-commercial endeavour and that would mean the person involved is simply acting as an unlicensed bookmaker or casino. To avoid this issue, for games like poker, the easiest thing to do is to allocate a portion of all the buy-in money to the winner, and a portion to second, third, fourth, and so on where appropriate.

You then just need to ensure the percentages equal 100%. At no point should a levy/rake be applied, or an entry charge that does not form part of the prize pool. For a sporting bet, you could easily operate the same system for a sweepstake but in more binary cases, for example, a team to win the league, you may wish to state that the winner(s) take the whole pot, or an even split of it. What you should not do in general is offer odds on certain outcomes, for example, 10/11 on Chelsea to win, 4/6 on Man United and even money on the draw, as this can see someone benefit by building in a margin to the odds, much like a commercial bookmaker.

For an activity where you all need to be physically present to engage in the gambling activity, location is also key. Domestic gaming is perfectly legal providing it takes place in a private dwelling so if you are at your home, there is no problem whatsoever. If, however, you were to take the game to a place that the public can access, for example, a hotel lobby or a public house, this is not something covered under ‘domestic gaming’. There are some exceptions to this, such as if you were to hire a private room in a pub (thus making it no longer open to the public) but even the the UK Gambling Commission admits the law is complex in this area. Our advice, therefore, would be just to stay at home.

Anyone wishing to make a wager at a bookmaker or casino must be aged 18 or above. This requirement does not however apply to bets made between friends so some 14 year olds playing poker in their friend’s garage is not breaking any rules.

During an investigation into underage gambling, the UKGC noted that five per cent of respondents gambled privately with family/friends, something they were lawfully permitted to do. Four per cent also said they played fruit/slot machines although the rules on this have subsequently been tightened with under 16s now requiring to have an adult accompanying them.

Are There Any Maximum Limits? 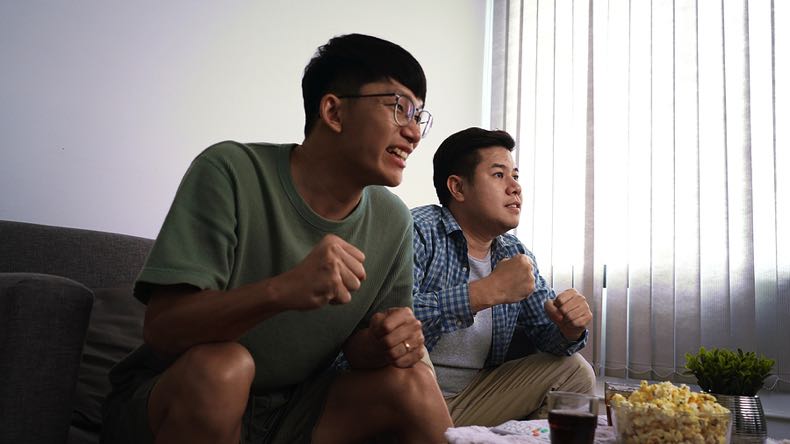 Legally speaking, there is no specific limit to the amount that can be wagered between friends in a domestic environment. If you and your friends want to bet £200 on who you think will win the World Cup then there are no rules stopping you. Whether it is sensible to do so is another matter entirely. Although betting with friends is the only way of having a ‘fair’ bet as it is free from any bookmaker margin/vigorish or exchange commission, it does not come with the same protections. It could turn out that the friend collecting all the money ends up running off with it and you never see him again. Alternatively, if you all decide to pay up after the event, potentially someone backs out when the amount involved is deemed too large.

You could potentially resolve this by taking a friend to a small claims court but this is likely to end up being more trouble than it is worth. It would also require some sort of proof as if the arranged bet was entirely verbal, you will have a hard time proving the case, even though verbal contracts are valid. Reported instances of private betting disputes are rare but there was one from across the pond in which two men decided to bet on the outcome of the 2020 presidential election. Having agreed a stake of $100 online, Trump supporter Sean Hynes refused to pay out, believing the result was not legitimate, so the matter was taken to court. In the end, the judge dismissed the case, ruling that the bet was illegal in the state of Georgia.

Can I Bet with Strangers?

So far we have discussed betting with friends but what about if you wanted to place a bet with a complete stranger. Maybe your friend has brought their brand new partner along with them to watch the match, a person you have never met before. Ultimately, your relationship – or lack of relationship – with the individual has no bearing from a legal point of view. If you would like to place a bet with this new face you are more than welcome to, just like you would be with a family member or someone you met on the internet. 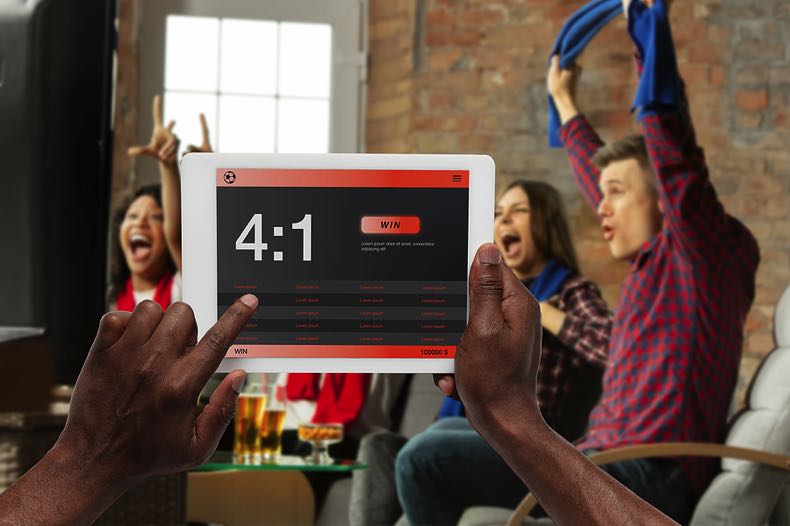 If you have three friends over to watch a match and you are all in a mood to bet, you may wonder whether to sort something between yourselves or whether to head to a bookie. Most of the time you will find it is easier to use the bookie for a couple of reasons. Firstly, a wager between friends requires a split opinion. If you all think the away team will win the match, for example, there is nobody to provide you with any winnings, that is to say, no one will want to take your bet. The other potential issue is agreeing on a ‘fair wager’; if you differ on what you think the outcome will be, but one team is a fairly strong favourite, agreeing to an even money payout may seem unfair.

The two friends backing the favourite could, of course, suggest something along these lines: if their team wins, they receive £10 but if their team loses, they will cough up £20. Although when betting with friends most often it will involve a straight even money wager, this does not necessarily need to be the case. If the stake/return is something that can be agreed upon and proves practical, then you may well wish to keep it between friends as more money will be paid out so to speak.

If, for example, a game had two evenly matched teams, a bookie will most likely price them both at 5/6 within the ‘draw no bet’ market. This means if £10 total is bet on them, a successful prediction would return £8.33 net win rather than the £10 you would get with friends.