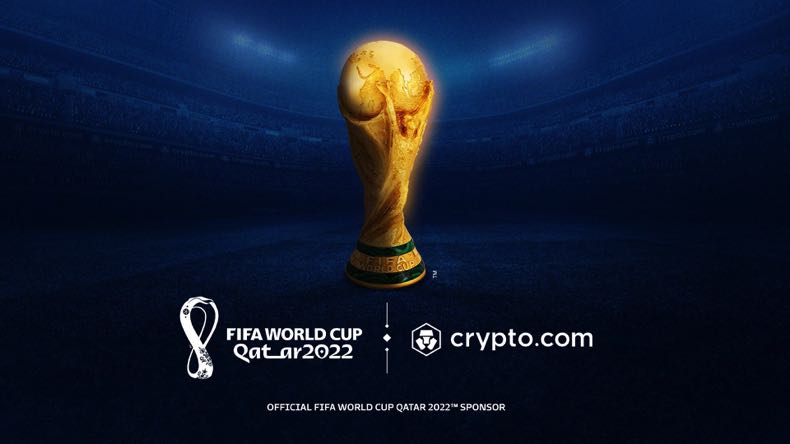 The 2022 World Cup in Qatar has made so many headlines before a ball has even been kicked. Right from the moment the Gulf State was controversially handed the opportunity to host football’s greatest tournament, there has been a string of scandals, inconsistencies, alleged corruption and a whole lot of public disapproval.

The decision to name Crypto.com as an official tournament sponsor is somewhat low down on the list of controversies but it is another example of Qatar sending out very mixed signals. This is a nation that is among one of the least welcoming of cryptocurrency on the planet, yet they are willing to have a huge crypto website sponsoring their own tournament. Does this move hint that Qatar might be softening their stance on Crypto or is it simply another example that money shouts loudest?

Without going into too much detail, Crypto.com is a website where users from across the world can buy and sell over 250 different cryptocurrencies. Founded in 2016, the website now boasts over 10 million users and employs over 4,000 members of staff. The Singapore-based company’s decision to sponsor the World Cup is very consistent with their aggressive advertising approach.

To date Crypto.com has already penned deals across sports, promoting their name via Formula 1 and Serie A football in Italy. They have also forged links with individual teams, such as Paris Saint-German (football), Philadelphia 76ers (basketball) and Montreal Canadiens (ice hockey). If this was not enough, the company forked out a massive $700m to purchase the naming rights for what is now known as the Crypto.com Arena in Los Angeles.

So, the fact that the Crypto.com name will be seen as prominent during the World Cup is no great surprise to anyone familiar with the company. It is not as though football generally is unaccustomed to crypto-related deals either. Whether through sleeve sponsorship deals or clubs launching their own non-fungible token, the sport has rather embraced crypto with open arms in recent seasons. 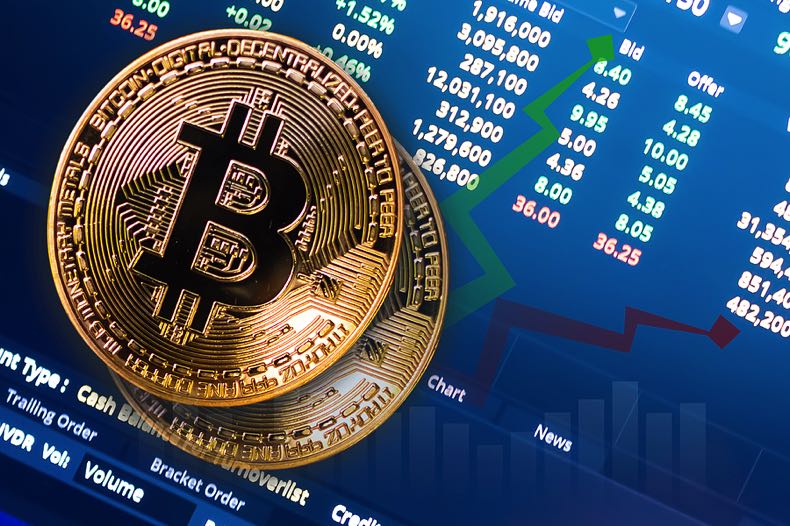 If the 2022 World Cup was held almost anywhere else on the planet, seeing Crypto.com would not raise many eyebrows. It will be a curious sight to see so much promotion for something that is entirely prohibited in the country where all the marketing takes place though. Of course, hundreds of millions if not billions of people worldwide will watch the World Cup but it must be a tournament first for a host nation to promote an activity that is banned within their jurisdiction. It would be like Singapore hosting a tournament in which chewing gum was one of the major sponsors (the Asian country has relaxed their stance a little since but you get our point).

It is not as though Qatar has long banned crypto but they are warming to the idea either, quite the opposite in fact. It was only in 2020 that reports first started to emerge that the country was completely turning its back on all forms of cryptocurrencies (excluding security tokens). At the time, QFC Regulatory Authority said:

“Virtual Asset Services may not be conducted in or from the QFC at this time”. This ban included “anything of value that acts as a substitute for currency, that can be digitally traded or transferred and can be used for payment or investment purposes”. Failure to adhere to this rule can lead to tough penalties so this is not merely a change that is all barn and no bite.

Although some saw the decision as a surprise, perhaps due to the limited number of countries that have completely outlawed crypto, it should be remembered that Qatar did ban Bitcoin back in 2018. Their justification at the time was that Bitcoin “is highly volatile and can be used for financial crimes and electronic hacking as well as risk loss of value because there are no guarantors or assets”. Similar concerns led to the more overarching ban in 2020 although Qatar added it was part of a more concerted effort to combat money laundering and terrorist financing.

So, Why Welcome Crypto.Com?

It is not entirely clear how much influence Qatar has over the World Cup sponsors, if any. Ultimately, this is FIFA’s competition so for them there is a big incentive to simply award deals to whoever is willing to pay the most money. This is not to say the host nation cannot object but it is easy to see any objections falling on deaf ears, especially for this World Cup.

As the reputation of this tournament has been dragged through the mud for various reasons and some fans are even choosing to boycott it, many companies are understandably apprehensive about penning a multi-million-pound sponsorship deal. In November 2021, FIFA were yet to fill two major sponsorship slots, which is highly unusual so close to the competition starting.

With a £5bn profit target to aim for and an organisation marred by corruption scandals, it is hard to imagine any situation in which FIFA turns down a handsome contact because the host nation is not keen. It is also highly plausible that the powers that be in Qatar simply do not care. The World Cup is not about them imposing their own standards on the world, rather they are trying to portray themselves in a different light to the global community. This is in conjunction with a huge pre-World Cup tourism push Qatar has been making. You may have already noticed this yourself as the Gulf State is trying their utmost to sell themselves to the world while everyone is talking about them.

One of the ways Qatar is trying to make itself more appealing to foreign visitors is by using the World Cup is a tool to appear far more liberal than it is in reality. As a deeply Islamic country, alcohol does not form any part of local culture to the extent that being drunk in public is punishable with a jail sentence of up to six months. For the World Cup though, fans will be able to consume alcohol in designated fan zones. Back in 2016, Qatar had initially wished to retain the alcohol ban but they have softened their stance since, partly due to pressure from FIFA and the parent company of tournament sponsors, Budweiser. Their concessions only went so far though as by February 2022 they still not had given a green light for alcohol inside stadiums. There is some expectation though that they will at least allow low-ABV beer to be served.

Qatar is a nation that also has an extremely anti-LGBTQ+ stance with homosexuality being entirely illegal in the country. Despite this, spokespeople for the country have repeatedly insisted that everyone is welcome regardless of their sexuality. Additionally, it was announced that rainbow flags will be allowed inside stadiums for fans that wish to take one. Although you would never normally spot such a flag in a Qatari football match, FIFA have had to push for this as it is consistent with their goal of promoting tolerance and inclusion.

That said, in April 2022, Major General Abdulaziz Abdullah Al Ansari, one of the men in charge of tournament security, stated he may confiscate flags because he would be concerned that the flag-waver would become a target of abuse or violence.

Before you think this is simply him being purely pragmatic, he did go on to add that “(If) you want to demonstrate your view about the (LGBTQ+) situation, demonstrate it in a society where it will be accepted.” Evidently, it does seem that the concessions that Qatar are making for this World Cup are not sitting too well with some of their citizens. Having Crypto.com as a World Cup sponsor is probably lower down on their list of objections but it is another notable contradiction of this increasing strange and controversial World Cup.