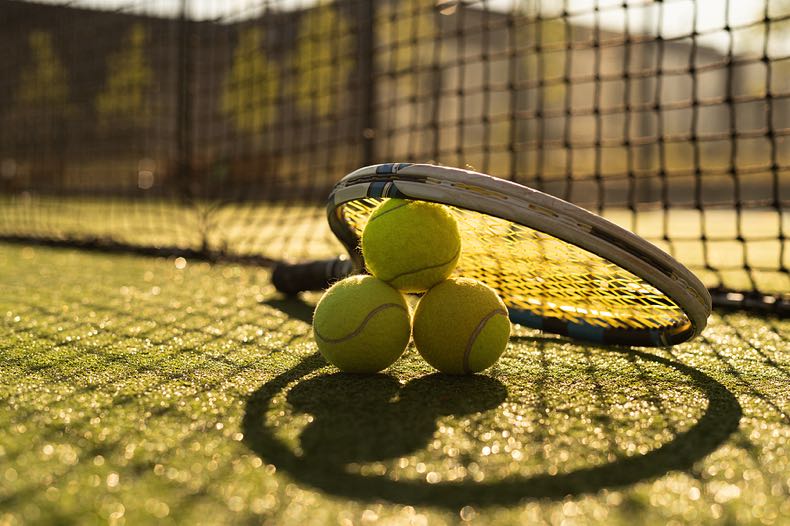 Tennis is a sport that receives a lot of love from all over the world. Many fans simply enjoy watching the professionals in action but there are an estimated 87 million people across the globe that pick up a racket and play themselves. Although the majority do so purely for leisure purposes, there are many budding youngsters hoping to make a career from the game.

With so many talented players desperate to make a name for themselves in tennis, practising hour upon hour every day, only the very best of the best can make it. But from which countries do the most elite tennis typically come? To properly answer this question, we will have to dig into past records, as well as look at the present-day situation. Only then will we be in a position to say which nation has the best tennis players.

One fairly obvious way of measuring a nation’s success at the top of the sport of tennis is by looking at the number of Grand Slam winners they have produced. We had a decision to make with this as the earliest Grand Slam (Wimbledon) dates all the way back to 1877. None of the Grand Slams was initially recognised in an official capacity by the International Tennis Federation though, the US Open and Australian Open only became ‘official’ in 1924 for example. Even after this point though, for several decades each tournament was dominated by Australian, French, American and British players as it was far from a truly global sport.

A more appropriate starting point, therefore, would be to assess the winners of the big tournaments during the ‘Open Era’. Beginning in 1968, only from this point were professionals allowed to compete against amateurs in Grand Slam tournaments (previously only amateurs could take part). So, not only from this point onwards were all the top players allowed to participate but by the late 1960s, the sport had a solid global following. When looking at ‘Open Era’ Grand Slam records, this is how each country has performed in the men’s singles championships.

There is a similar situation in the women’s game with the USA miles on top both in terms of number of individual Grand Slam winners and total titles. Their dominance is even greater though with second place lagging even further behind. The reason for sorting these lists primarily by individual winners rather than titles is that it steps it being skewed by one especially brilliant player.

Based on Grand Slams, there is no question that the USA are the leaders of the world in tennis. The fight for places further down is much more competitive but you would probably have to award Australia with the second-place award due to their 13 combined winners across men and women. Spain meanwhile look most deserving of third place.

Given that the focus is on nationality here it would make a lot of sense to look at the records for both the Billie Jean King Cup and the Davis Cup. For those unaware, these are both tournaments in which players represent their country as part of a small team. The Billie Jean King Cup, which is the female equivalent of the Davis Cup, was founded in 1963. Although the Davis Cup, also known as the ‘World Cup of Tennis’ goes back much further than this, to keep things balanced we will only look at records going back to 1963. This has the added benefit of ignoring early tournament editions that only featured very few teams.

There is no change in the top-ranked nation when looking at the Billie Jean King either but the Czech Republic have faired much better in the all-female competition. Great Britain, despite being the birthplace of tennis, does not make the list at all although they have finished runner-up on four occasions.

The final long-term measure we will be looking at when judging which country produces the best tennis players is the number of top-seeded players. Yet again, and it should come as little surprise at this stage, it is the USA that comes out on top of both lists, including when looking at the total number of players and total weeks ranked first. The ATP men’s rankings were the first to be introduced, doing so in 1973 while two years later the WTF rankings first appeared. To begin with, we will look at the all-time ATP rankings.

The gap between the USA and the next best challenger is even greater when looking at the WTA top seeds. A quick note about Monica Seles, she appears twice as she switched nationality to the USA in 1994, after gaining citizenship. Dual citizenships can make questions about the ‘best’ nation a little trickier to answer but there is no disputing USA is a clear winner.

It is quite obvious at this stage that certainly in terms of relatively modern tennis history, there is no country better than the USA when it comes to producing top tennis players. Consistently topping all possible ways of measuring the ‘best’ nation, they seem to have a gift when it comes to churning out supreme talent. Of course, this must be viewed in the context of population size, access to sporting equipment and training and the availability of facilities, but putting these things to one side, the USA is still the top tennis dog. But do they still remain dominant today or have other nations managed to catch up in recent times?

So far, we have only focussed on tournament winners or players ranked at the very top of the world. This is certainly not a bad approach when figuring out the best tennis nation but it is quite narrow in its scope. It also places a lot of weight on older decades when today’s situation could be radically different. To get a broader, and more up-to-date picture of how a country it is doing, taking a look at how many players they have ranked in the top 100 in the world helps us achieve this. Although being ranked 80th or 90th in the world may not sound that impressive in the context of the professional game, this still represents the top 0.0001% of players.

Additionally, almost all players within the top 100 will earn large sums of money from the sport. At the time of writing, Mikael Ymer was the 100th ranked men’s player and when aged just 23 he had exceeded $1.5m in prize money. We will start by taking a look at which countries have the biggest presence in the top 100, for both men and women. The data was taken from the standings at the end of April 2022 and includes countries that had three or more players in the top hundred.

In terms of USA dominance, little has changed. Among men, Spain do have better-performing players on average (largely thanks to Rafael Nadal) but fewer of them. This is the only country producing similar talent as things stand though. As for the women, the USA again have the biggest presence among the top 100 but they are not a million miles ahead of Russia or the Czech Republic. The latter’s high inclusion should be seen as a massive overachievement because their overall population is only around 11 million, so 3% of the size of the USA.

Now you may be thinking that as rankings change so frequently, maybe this one snapshot in time was particularly good/bad for certain countries. It is a fair point which is why we have also gathered data from five years prior. Here is how the standings looked in April 2017.

When looking at 2017 ratings, for the very first time during this article, and only among men, we do not have the USA as top dogs. They were hardly a long way off though and you should always expect them to produce lots of recognisable names, even when they are not dominating Grand Slams. We would also argue it is largely inevitable that across sexes they will produce more coveted champions because there is simply so much talent being produced there. 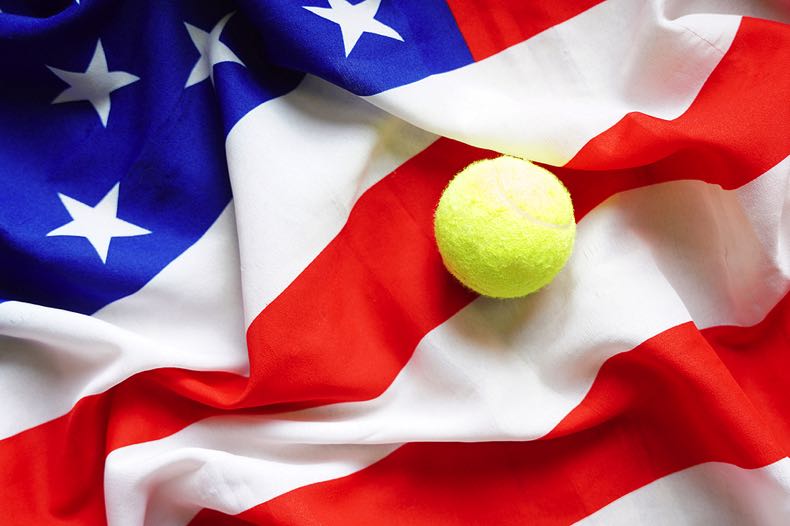 The USA has consistently had a big presence at the very top of professional tennis for both men and women. Not only are they responsible for some of the greatest players the sport has seen but they have had such depth of talent too, not just a handful of incredible individuals. In terms of overall tennis prize money, no other country comes close to earning what American players have amassed over the years and this situation is very unlikely to change anytime soon.

In many ways, it is no surprise that the USA has so consistently produced good players, given they are such a rich and populous country. Success breeds success too and America is now a place bursting full of world-class tennis facilities, high levels of public interest, the leading coaches and lots of targeted funding. While it is almost impossible to argue against the claim that they have the best tennis players, it should be remembered that the USA is an enormous country with a lot of people. Even the ‘best of the rest’ in more recent years have typically been larger countries, namely Russia, Spain and France.

If you wanted to consider which country overperforms the most, relative to their size, this is a different question altogether. The Czech Republic would certainly be right up there as for a quite a small nation they have proved a hotspot for top talent, at least in the women’s game. Australia have also, at least historically, punched above their weight although in more modern times their record is not as impressive.