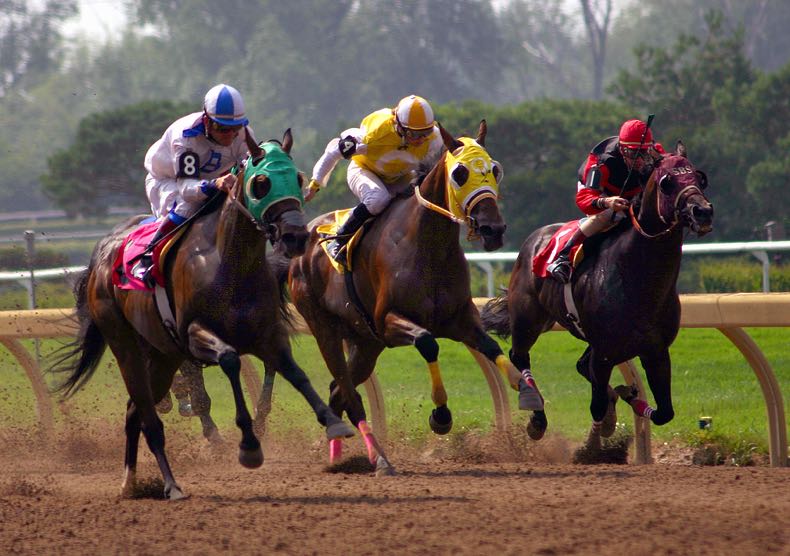 A passion for thoroughbred racing rarely comes out of the blue. Many of the big names that feature within the sport have siblings, cousins or parents that were or still are part of horse racing in some form or other. Part of the reason for this is simply a matter of exposure. If you have people around you constantly talking about horse racing, it is normal for it to pique your interest.

It also helps hugely, of course, to have connections in the right places. If you were an amateur jockey looking to show off your skills, it becomes a lot easier to grab an opportunity if one of your parents is a prolific trainer. For both these reasons, you see a lot of family connections in racing and perhaps none more so than when looking at the Mullins. As you will find out, it is not merely a coincidence so many familiar racing figures have this famous surname.

Paddy Mullins was the first Mullins to really make an impression on the thoroughbred racing scene. He is the father of Willie Mullins, while Emmet Mullins is one of Willie’s nephews. These are not the only Mullins family members to have had a career working with thoroughbred racehorses though. In addition to the aforementioned trio, we will also look at the other members of the Mullins family who have had, or currently have some racing involvement.

Despite such success in National Hunt racing, Paddy also claimed some very elite flat race titles. One of his biggest triumphs came in 1973 when Hurry Harriet beat the incredibly talented French filly Allez France in Newmarket’s Champion Stakes. Thirty years later and back on his home soil, another fine win came his way, this time in the Irish Oaks, with Vintage Tipple proving too hot to handle. Neither of these races provided him with the most prize money mind you. His biggest payday came when jetting off to America in 1990 for the Dueling Grounds International Hurdle in Kentucky. Connections of the winning horse that day took home a sweet £186,600, which in today’s money is worth close to £500,000.

His hugely successful career, and one that established him as one of the Irish greats, also ended up being an especially long one too. By the time Paddy decided to call it quits in 2005, he had enjoyed 52 years as a trainer. The youngest of his four sons, Tom, took control of his stable at this time as both Tony and Willie had already established their own training operations by this point.

Although Paddy sadly passed away in 2010, provoking an outpouring of tributes from so many people within the sport, his wife, Maureen Mullins, is alive and well. Sometimes known as the mother of Irish racing, you can still find her in the parade ring at various meetings across Ireland. She has long been a fan of the sport and many decades ago, before getting married, she was even a useful point-to-point rider.

Tom’s career as a trainer took off when Paddy decided to bow out of racing but it was far from an unknown environment for the youngest son. Much like his brothers, Tom was a useful jockey and secured two wins from two on Dawn Run, albeit only in bumpers rather than any of her high-profile successes. As a trainer he certainly has not been as prolific as Willie but he still does have some notable victories. Bay gelding Alderwood won twice during the Cheltenham Festival while mare Asian Maze secure three Grade 1 titles before retiring in 2007.

Although all of Paddy’s offspring were jockeys at varying levels, the only one to ride in a professional capacity was Tony. He was regularly paired with Dawn Run but was not trusted for her Champion Hurdle or Gold Cup wins with the more highly-rated Jonjo O’Neill given the reins both times. His professional jockey career, despite promising, did not last too long as Tony began struggling with serious pack pain when around 30 years old and his retirement followed soon after.

Unable to continue jockeying and requiring a couple of operations, Tony turned his attention to training in the early 1990s. He made a decent start too although he seemed to be under something of a Cheltenham Festival curse for many years. Despite many efforts, it was only in 2007 that he claimed his first winner at jump racing’s showpiece meeting as Pedrobob topped the 28 horse County Hurdle field. Tony does not value this win as much as one that came two years later in the Galway Mile though. Rock and Roll Kid’s triumph in this one mile handicap proved especially sweet as son Danny was on the saddle.

Although rather more behind the scenes than all his brothers, George is very much involved in racing as he runs a horse transportation company. Naturally this company deals with many of his brothers’ runners but the operation is so large that other trainers are involved too. The business, George Mullins Transport, as it is fairly predictably named, has been on the go since 1988 and is one of the busiest and most successful horse transport businesses based in Ireland. Clearly George has found his own speciality although it is worth mentioning he did compete as an amateur jockey back in his younger days.

Paddy Mullins had five children, including one daughter, Sandra. Her involvement in racing began in the 1980s when she was an amateur rider. In one race, she even competed against her own mother for a special Ladies-only event at Gowran Park. Bragging rights went to mum that day though with Sandra finishing just behind in third. After jockeying, the eldest of the Mullins children did try her hand at training, but primarily with horses jointly owned with her husband, Peter. She no longer trains but does own some horses that are taken care of by brothers Tony and Tom.

Willie is a man who hardly needs any introduction given his stunning record as a trainer. Having followed his father and Jim Bolger during his younger years, working as their assistant, he decided to try training for himself in 1988. At the time he had shown real talent as an amateur jockey and this is not something he completely gave up when dedicating most of his time to training. In fact, Willie would sometimes ride some of his own horses, something he most notably did in the 1996 Cheltenham Festival. In the saddle of Wither Or Which, Mullins performed the rare feat of being both the winning jockey and trainer, in the Champion Bumper no less.

As a trainer, there is very little Mullins has not won and his runners always command a great deal of respect. Nobody in the history of the Cheltenham Festival has saddled as many winners as the Irishman and (at the time of writing) he enjoys a healthy lead over Nicky Henderson in second place. It is a lead made more comfortably following a particularly prolific festival in 2022 in which the Irishman secured an unprecedented 10 winners. This pushed his overall total up to 88 and who knows how many more will be added before he retires.

It is hardly as though his success has been limited to Cheltenham Festivals either. In 2022, he secured a 16th Irish champion National Hunt trainer title, setting many records in the process. He has even enjoyed major wins across the world in countries such as France, Australia, Saudi Arabia and Japan. Willie will admit that a good chunk of his success is down to his wife, Jackie, who takes horses for a ride every morning. In earlier decades, she even competed as an amateur rider, sometimes against Willie himself, but she gave this up in 1995. Although involved significantly in the day-to-day operations at Closutton, she prefers to stay out of the spotlight and instead quietly goes about her business.

It is time to move on a generation now and here we meet the youngest of the Mullins crop involved in racing. Patrick proved to be a natural on the saddle (maybe it is in the genes) with his first win coming when aged just 16. While still a teenager he won the Champion Bumper at Cheltenham, following in his father’s footsteps. The same year, in 2008, Patrick was named Champion Amateur, something that has occurred 12 times since. Four years later and he broke a near 100 year old record by securing 74 winners in a calendar year as an amateur. Since then, Patrick has bagged many high-profile races and is very regularly booked to ride on his dad’s horses.

Having enjoyed his time as a pony jockey, Danny joined Jim Bolger as an apprentice jockey and truly hit the ground running by winning four of his first six starts. For a time after, he was the regular rider for Barry Connell but the Kildare trainer later had a change of heart and decided to opt for another rider. Despite this setback, Danny is a regular on the saddle these days. He sometimes rides for his uncle Willie, doing so successfully in the 2021 edition of the King George at Kempton. He regular lends his services to other trainers though and this keeps him very busy. In the last five years alone (at the time of writing) Danny had run in over 2,100 races.

All four of the Mullins brothers have had a son that has entered the world of jockeying. In the case of Tom, his son David made headlines back in 2015 as he expertly rode Nichols Canyon to a surprise victory over the formidable 1/6 favourite and stablemate Faugheen. It was the first taste of defeat Faugheen ever experienced, ending his 11-race winning streak. This accomplishment in the Morgiana Hurdle was surpassed the following year though as David ended up first to the line in none other than the Grand National. Running with the 33/1 shot Rule The World, it was a truly remarkable showing for a 19 year old who was making their debut in the marathon contest.

The sky appeared to be the limit for David after this but he soon fell out of love with the sport. Not only did he feel he had lost his passion for riding but the demands of the profession were proving too much. As such, in 2021, the 24 year old announced his retirement, stunning the world of racing in the process. When discussing what he might do instead, David said that he would turn his attention to horse buying and selling rather than leaving the sport entirely.

Like his cousin David, Emmet Mullins also enjoyed the rich taste of Grand National success, only as a trainer rather than a jockey. This win was an even larger surprise too as his runner, Noble Yeats, set off priced at a lengthy 50/1. Emmet had initially started life as a jockey, and would sometimes be spotted riding for his uncle Willie. He did not score an abundance of big wins but did scoop the Martin Pipe Conditional Jockeys’ Handicap Hurdle in 2011 and also rode Willie’s supremely able Faugheen to glory in 2013. By the time he decided to move on from riding, he had racked up a respectable total of 83 winners.

Rather than carry on with being a jockey, Emmet really wanted to try his luck at being a trainer and he spent much time with Willie to learn the tricks of the trade. He even travelled to Japan for several weeks in 2013 so he could supervise Blackstairmountain, a surprise winner of the Nakayama Grand Jump. A few years later, despite only being aged 25, he set established his own training operation and his first win soon followed at Kilbeggan. A first Cheltenham Festival triumph followed in 2021 and he is certainly a name to keep your eye on in future.

Another Mullins name you could well stumble across is Margaret Mullins, a semi-busy trainer (with around 80 runners per year) based in County Kilkenny. She is not technically a Mullins these days though as she split with ex-husband Tony, but has retained the name.