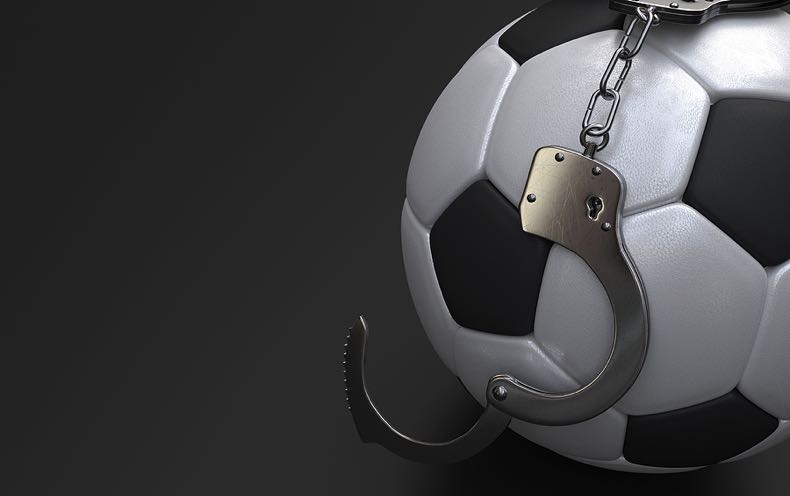 Football is the biggest sport in the world. It is loved and played by millions upon millions of people around the globe but despite that it is fair to say that it is not everybody’s cup of tea. One of the most common criticisms of football comes from rugby fans who use the old refrain, “Football is a gentleman’s game played by thugs while rugby is a thug’s game played by gentlemen”. Cliched and old-fashioned as that saying is, there have certainly been times when footballers have let the sport down with some thuggish and even illegal behaviour.

As in any walk of life, footballers will sometimes find themselves on the wrong side of the law even to the extent that they end up in prison. Big names like Tony Adams, Ian Wright and Duncan Ferguson have all found themselves locked up during their careers but what happens to a footballer’s career and club contract when they are imprisoned? That’s what we have investigated in this article. 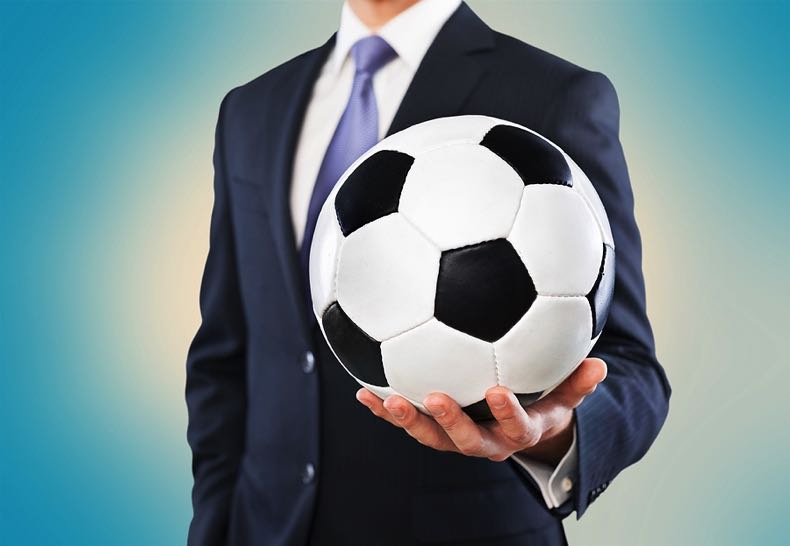 The Bosman ruling, which allowed footballers to leave clubs for free when their contract expires, was the start of a growth in player power in the sport. From that point onwards, players (and their agents) have been emboldened to ask for more money and extra terms and clauses in contract negotiations.

Football clubs have to fight their corner as well and protect themselves in preparation for the times when things go wrong. That could mean paying a larger proportion of an injury-prone player’s wages as an appearance bonus and extends to protecting the club should a player end up in prison. Indeed, when it comes to breaking the law, footballers’ contracts include the same sort of gross misconduct clauses found in many standard employment contracts.

Gross misconduct clauses in football contracts generally require players to refrain from behaving in a way that will bring either their club or the game of football itself into disrepute. In practice, that can be difficult to prove and football clubs do not want to pick fights with their players, risk paying out vast sums for unlawful dismissal or lose a key asset unnecessarily.

For this reason, clubs will sometimes act in a way that seems out of step with public opinion. Take Kurt Zouma for example. When a video of him abusing his cats was leaked on social media many people called for his club, West Ham, to sack him. The club took a different view, preferring to discipline Zouma internally over taking drastic action and sacking him. Though the law caught up with him anyway.

There have been occasions when clubs would like to take more drastic action but have their hands tied by a player’s contract. When Mason Greenwood was arrested on suspicion of rape and assault of a woman he was immediately suspended by Manchester United. Greenwood’s contract states that he can be suspended for a maximum of 14 days and cannot be sacked unless and until he is found guilty of a crime. That remained the case even when he was further arrested for making threats to kill and sexual assault.

In Greenwood’s case, Manchester United are bound by the terms of his contract to keep paying his basic salary even though his sponsors, such as Nike, were able to immediately cancel endorsement deals with the player. United were able to ensure that Greenwood was not available for selection and could not train with the club but other clubs take different decisions.

When Adam Johnson was arrested on suspicion of having sexual activity with a 15 year old he was immediately suspended by Sunderland. However, they reversed their decision and made Johnson available for selection even as he was charged with more offences. The club’s stance was that they would stand by their player as Johnson had pleaded not guilty to all charges and had assured his employers of his innocence.

Johnson continued to play for Sunderland through to the start of his trial where he changed his plea to guilty for both sexual activity with a child under the age of 16 and grooming. Sunderland immediately terminated his contract and expressed their dismay at the lies that Johnson had told them.

If the Sunderland hierarchy could have their time again there is little doubt they would ensure that Johnson was not available for selection. Indeed, other clubs have learned lessons from the whole dismal affair. Manchester United would be perfectly entitled to play Mason Greenwood but have made a decision based on the values they wish to project and with the club’s reputation in mind.

United’s decision to suspend Greenwood immediately after his arrest contrasts with that of their neighbours Manchester City in the case of Benjamin Mendy. Although they did suspend him as soon as he was charged with four counts of rape and one of sexual assault, he was not suspended immediately after being arrested.

Again, Manchester City are entitled to be in charge of their own disciplinary procedures but it appears as though they only suspended Mendy when his case became public. Moreover, City were unable to cancel Mendy’s contract even after he was charged and remanded in custody. As with all contracts, unless specifically stated, Man City cannot take decisive action until the legal proceedings run their course and/or Mendy pleads guilty.

No Guarantee of a Route Back into Football 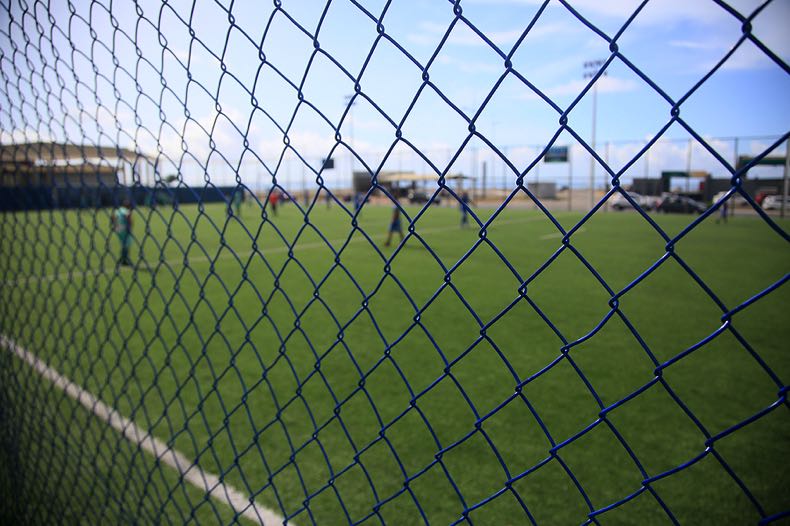 Rehabilitation is a vitally important part of the criminal justice system. Everybody who goes to prison has the right to get their life back on track after they have paid for their crimes but there is no right to go back to life exactly the way it was. That is especially true of people in the public eye such as footballers. Adam Johnson could have been the best footballer of his generation (although he wasn’t) but no club would give somebody who has been convicted of sexual activity with a child a route back into the game. There are plenty of other examples of players being welcomed back into football though.

Footballers Who Went to Prison & Got Back into Football

Ian Wright spent a short spell in prison for failing to pay driving fines when he was 19 but used that experience as fuel to push him on towards using every ounce of his talent as a footballer; Tony Adams was imprisoned for four months while an Arsenal player but the club stood by him and allowed him to resume his career; and Duncan Ferguson was signed by Everton from Rangers even though he had been charged with assaulting a fellow professional with the club standing behind him through his prison sentence and beyond.

But then there are the cases of David Goodwillie and Ched Evans. Goodwillie was found to have raped a woman in a civil case in Scotland in 2016 even though the Crown Office did not push for a criminal conviction due to insufficient evidence. Goodwillie was initially able to carry on with his career but Raith Rovers faced huge criticism when they signed him in January 2022. As sponsors pulled out of supporting Raith Rovers and the women’s team resigned en masse in protest, the club reversed their decision and said Goodwillie would not play for them.

Evans’ case is even more complicated. In a trial in April 2012, he was found guilty, alongside Clayton McDonald, of rape. The Welsh international served half of his five-year sentence and following his release on licence he was offered the chance to resume training with Sheffield United. This caused uproar including club patrons and celebrity supporters chastising the club and the Blades eventually removed the offer.

Subsequently, Evans’ case was referred to the Criminal Cases Review Commission and then to the Court of Appeal. Evans had his conviction quashed and was then found not guilty at his retrial in 2016 after which he did return to Sheffield United for a short spell before going on to play for Fleetwood Town and Preston North End despite remaining a controversial figure.

While there are strict contractual laws governing when a football club can cancel the contract of one of their players, their subsequent decisions are based on moral decisions. Different clubs will make different decisions as to whether or not to offer a convicted criminal the chance to restart their career while the nature of the conviction unsurprisingly plays a big role in these decisions. But with player power greater than it ever was, clubs are always going to struggle to simply sack a player until they have been convicted of a crime, however distasteful they find the situation.