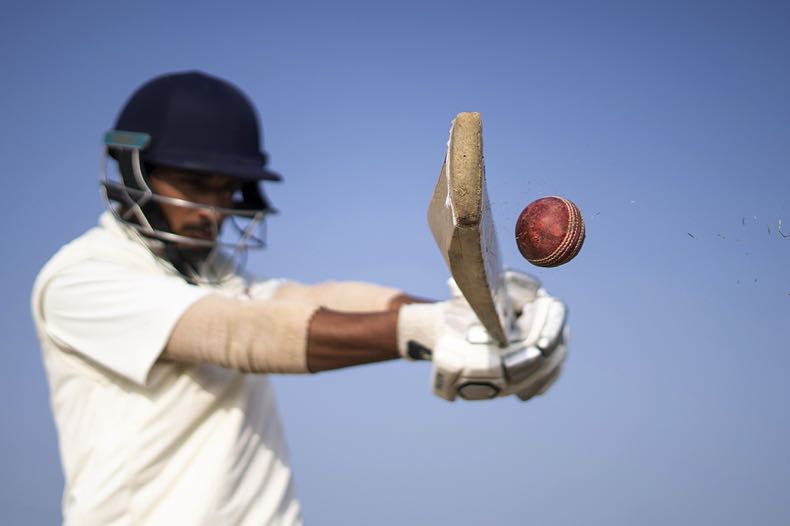 You never like to see punters falling foul to a con but when it comes to this one example in India, you rather have to simply applaud the ingenuity and sheer audacity of it all. During this incredibly elaborate scheme, a group of men from a small village in India hosted a fake IPL cricket match and facilitated bets on the action.

It was an audacious ruse and one that makes for both a fascinating story and a warning to punters not to take bets outside of a trusted and regulated environment, nor on sports or events that they do not really understand.

How the Scheme Went Down

Much of the planning behind this scam took place in a Gujarat village in India, and it involved both farm labourers and unemployed locals pretending to be IPL cricketers. One of key men behind the idea was Shoeb Davda, a Molipur resident in India, who had worked for eight months in a Russia pub where gambling was extremely commonplace. It was here where he met Asif Mohammed, with Asif being the man who introduced many Russia gamblers to cricket. For what it’s worth, Russia does have an international cricket team, though they were expelled from the ICC in 2022.

Punters Had No Idea What an Actual IPL Match Looks Like

Leaving aside the state of cricket in Russia, Mohammed’s quite unusual position is probably what made this extremely unique con possible, as there was a bunch of gullible punters to take advantage of. Despite the national team having been recognised by the ICC since 2012, cricket is not a popular sport in Russia, so while the punters may have enjoyed betting on it, they would have little idea what an actual IPL match looks like.

These punters, located in the likes of Tver, Voronezh and Moscow, were able to watch the action live on YouTube. The fraudsters had created a YouTube channel and it was here where they broadcast the action for over a fortnight before they were caught out. As this was by no means an official YouTube channel and the con was not public knowledge (not even local villagers knew about it), few people watched the content. During its peak it had just over 200 subscribers, most of which were gamblers from Russia. As for the placing of bets, this was done over Telegram, a messaging platform that is extremely popular in Russia.

What the punters from Russia ended up watching was some amateur-standard cricket on a farm in the Mehsana district of India. A total of 21 farm labourers and other locals took turns in pretending to be players from various IPL teams, such as the Mumbai Indians and Gujarat Titans. There was even an umpire was equipped with a walkie-talkie, something which had no purpose other than to tell him what to signal and to give instructions to the bowler and batsman.

Conspirators Would Coordinate a Plan with Umpire

Con organiser Davda would take the bets live on Telegram and then tell Mohammed Kolu, the umpire, what the plan was. If a six was desired, Kolu would tell whoever the bowler was at the time to deliver a slower ball making it easier to slog. Providing the batsman hit it with some decent force, this would allow Kolu to signal for six.

This con did need some initial investment as people were not working for free. Chief organiser Davda promised the fake cricketers Rs 400 per match (around £4.30) plus he had to pay the more expensive cameraman, farm rent and installation of halogen lights. Presumably the group did not have a complete set of IPL team jerseys to hand either so there was an additional cost in acquiring all the kits too, though these were all out of date or fake. Still, even when all expenditure is factored in, Davda, Ali and co. believed they would end up comfortably on top.

How Convincing Was It?

On the one hand, there was some aspects that made the footage seem like an actual professional cricket match. The group used actual jerseys from IPL teams, albeit as said not necessarily current or authentic, they had HD cameras, added crowd-noise sound to broadcasts and even had a commentator that sounded like Harsha Bhogle, the man dubbed as the “voice of cricket”.

So, there was at least some focus on production value here and they did as much as they could with their budget. The mastermind behind the scam even hired a cameraman and videographic designer to ensure the match looked more believable.

To anyone with even a very vague knowledge of the IPL though, it would have been immediately obvious that this was not a real match.

First of all, the ground was absolutely barren, simply a dry muddy patch of scrub land with few blades of grass. India may be a hot and dry place at times but IPL grounds are always fully green as surfaces will be watered when necessary. Even the pitch itself looked off, as it was something resembling a white carpet that had just been placed over a random spot in the ground. Additionally, the group put two orange cones behind the wickets even though it is not something you would see in IPL action.

Perhaps if you had forgotten your glasses though, and your vision was otherwise terrible, you might have been able to let this all slide but these were not the only giveaways. Matches were supposedly T20 contests, so naturally there would be plenty of fours and sixes. Although there was not as many as normal, the fake players would occasionally smack the ball. For any proper cricket coverage, the camera will follow the ball as it sails into, or over the boundary and towards the stands. This is not limited to IPL, it is simply absolutely bog standard cricket coverage that enables to viewers to see where the ball is heading.

Because doing this would reveal that these ‘players’ were simply on a farm with zero fans in attendance though, this is not something the group could do. Instead, whenever a ball was smashed into the sky, they would just show footage of a ball in the air, followed by the umpire indicating a six. At no point did the duped Russian punters ever actually see for themselves the ball fly over the boundary or a crowd in relation to the actual batting and bowling.

If this was not enough, the footage never once zoomed in on an individual player nor did it capture a zoomed out shot of all the fielders. Presumably the latter was because the rest of the rented farm was an absolutely state that would have put them in an increased risk of being caught out. No close-up of players must have been because it was technically a bit of a faff rather than to avoid recognition, because there is no way any of the punters would have realised the local farmers and villagers were not actual players of Chennai Fighters or Gandhinagar Challengers, etc.

The IPL Finished Two Weeks Prior!

Finally, and perhaps most humorously of all, you also have the fact that the IPL finished over two weeks prior to these fake matches, so all those punters watching from Russia must have had absolutely zero idea about the league. A quick check of the fixture list would have revealed that there were no more IPL matches to be played and this would have gotten the alarm bells ringing to say the least.

To the organisers of the con though, this was not much of a concern. After all, anyone who could believe this was a real IPL match was definitely not someone who had any knowledge or interest in the league itself, and the high standard it is normally played at.

Did the Con Work? Was It a Financial Success? 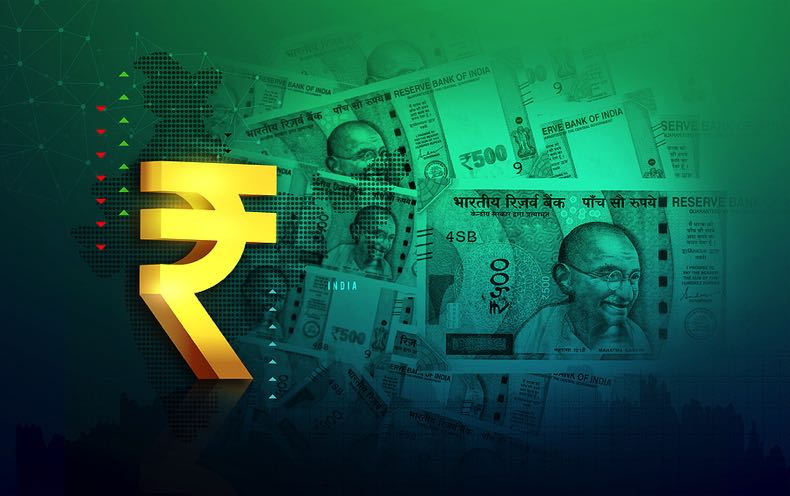 Although the group were caught and the organisers arrested, it is fair to say the con itself was actually a success.

Over Telegram, total bets placed amounted to 300,000 rupees which is over £3,000, a large sum of money for a remote part of India. Obviously, this was not all yields for the organisers, as although it is possible that all bets would have been losing ones, given the nature of the scam, there were still some expenses.

Even if just £1,000 or so was retained as their yield, this would still have been easily worth all the effort. For reference, the average monthly salary in Gujarat is around 36,000 rupees, so only about a tenth of what the group attracted in bets.

The first batch of money from Russia had just come in before the group were caught out and their fake matches immediately halted. The local police had not stumbled across their cricket channel by accident but rather they were acting on a tip-off they had received. The fake players, who were merely pawns in the con, agreed to cooperate with the police, allowing the authorities to unearth all details of how this rather ingenious scam was pulled off.

Without this tip-off, the conmen would have likely received much more money as the fake action was only at the quarter-final stage and there were enough punters betting relatively decent sums of money. Had the channel been able to broadcast the action to completion, they may have been looking at two or three times the amount, or even more. In theory, there was no reason why they could not have repeated the exact con a few weeks or months later either, providing none of the Russians ever grew wise to it.

Betting on Cricket in India is Illegal

Obviously, you cannot go around conning people out of money even if they live abroad but the police were especially keen to take action because betting on cricket is illegal in India. The four main people involved in the ruse, including Davda, were charged with criminal conspiracy and gambling. There has not yet been a further development on their case but needless to say they will not be broadcasting any more footage on their YouTube channel anytime soon. 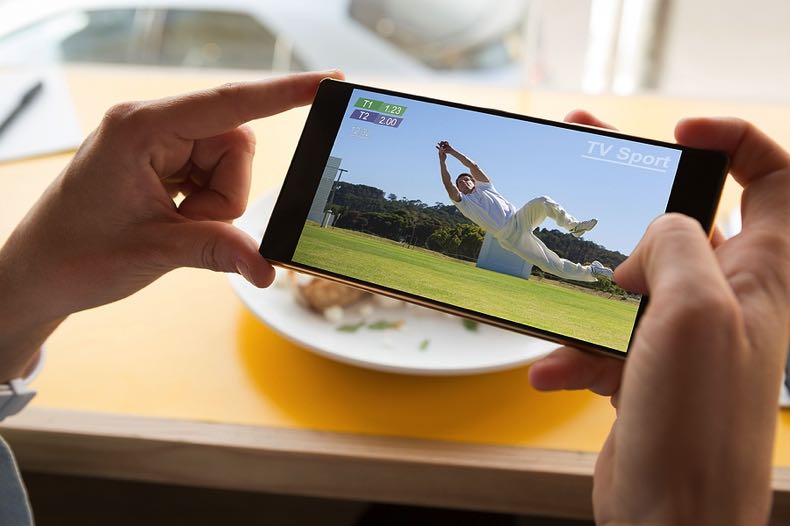 We have not heard from the punters in Russia who were duped by this scam and naturally, they probably would prefer to keep it that way.

While this story does have an amusing element, due to the surreal nature of the scam and the sheer audacity of it, it serves as an important reminder that there can sometimes be risks to gambling. Completely staged matches like this are not something most punters will ever have to worry about, but match fixing of low-level events is more common.

As well as not betting on events you know nothing about, taking place on the other side of the world, betting through a messaging system is not a sensible approach either. Admittedly, Russian punters, in much of the country, have little other option as gambling is heavily restricted, but in many other nations, safer options do exist. Where possible, always take the decision to bet with a licenced and fully legal bookmaker, as this is the best way to avoid being conned.