Over the course of his boxing career, Floyd Mayweather has amassed earnings exceeding $1bn. One of the best pound-for-pound fighters of his generation, his fights regularly brought in huge audiences and lucrative purses to match. In fact, when looking at the richest fights in boxing history (adjusted for inflation) Mayweather features four times within the top 10.

Still, all this revenue does not mean Mayweather has no desire to increase his earnings even further. Much like Canadian rapper, Drake, Mayweather is an avid sports bettor and will regularly gamble large sums of money on various fights and matches. Here are some of his largest bets (that he has decided to make public at least).

All the bets below are ones that he has won, as he only shares his betting slip on social media, sometimes followed by wads of cash, when he has won. What his followers do not gain access to are the failed bets and we can only guess how expensive these might have been over the years. 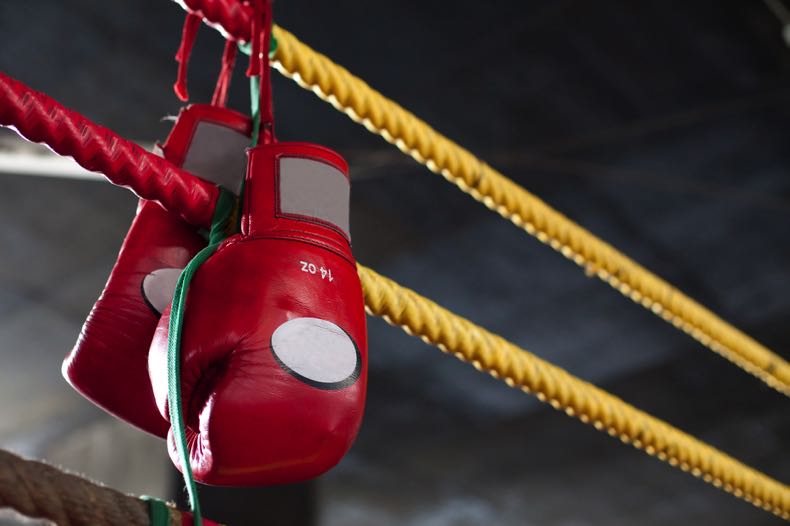 Given boxing is the sport where Mayweather made his fame and fortune, it is no surprise that is a sport he regular bets on as you can see from some of the examples below.

Mayweather did actually attempt to bet much more on this fight than he was able to. The original plan was to place $400,000 on his fight with Conor McGregor finishing before 9.5 rounds. Boxers are sometimes allowed to bet on themselves to win a fight but for a market like this the situation is a little murkier and this led to a delay in getting the bet placed. As an alternative, Mayweather said he would put the money on himself to win by TKO instead but this too was followed by a delay. Tired of waiting to place his bet, an angry Mayweather stormed out of the Las Vegas resort.

In the end, Mayweather told ESPN’s SportsCenter that he gave his $400,000 in cash to a friend so they could place the bet on his behalf. The friend was only partly successful though as he was only able to stake $87,000. Still, it turned out to produce somewhat of a win as Mayweather won by knockout early in the 10th round.

This was not a large bet compared to some others Mayweather has placed but it was an impressive punt given that Canelo was a strong favourite for the fight. Coming into the bout the Mexican had only lost one fight before, that coming at the hands of Mayweather, so the American knew his former rival very well. Using this knowledge to his advantage, Pretty Boy as he was known in his fighting days, felt that Bivol had a real chance, backing him at odds greater than 4/1. This resulted in a tasty $42k profit as the Russian won unanimously on points.

There was no picking a fighter for this 2015 fight as Mayweather simply opted to bet on the duration instead. Predicting a relatively brief fight, the American gambled $50,000 on the battle to last under 5.5 rounds. It was a close call but a TKO was called early on in the sixth round, ensuring Mayweather got $115k back. Had a battered Monroe managed to hold on just 45 seconds longer, there would have been a different outcome but he really was in no position to continue further against a rampaging Golovkin. 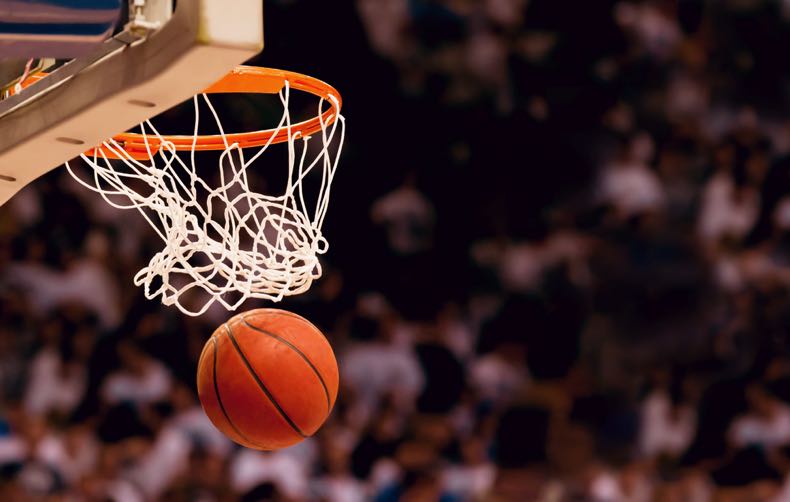 Mayweather’s $65k profit on the Golovkin fight came in the middle of a four-day winning streak for the boxer who also enjoyed much success when betting on three NBA matches.

With the NBA reaching the business end of the season, Mayweather felt it was only fitting to bet some serious dough on the action. In his first bet, he backed to Rockets to beat the Clippers away, in the sixth game of the play-off encounter, despite them being on the brink of elimination. He had a little less faith for the Rockets in his second bet, only backing them to win the second half, of the following match, with a +4.5 point handicap.

The odds were firmly against the Rockets in the first instance but they pulled through, setting up a thrilling finale three days later. For this bet, Mayweather registered a $235k return while his safer handicap bet brought in £190k from a $100k stake. His other basketball bet at this time was on the Hawks to beat the Wizards, in the second half of match six, with a +3.5 handicap. This they did and they did not even need the handicap as they claimed three more points than the Hawks in the final half. The Washington side’s valiant (but ultimately losing) effort saw Mayweather nearly double his money from a $150,000 bet. 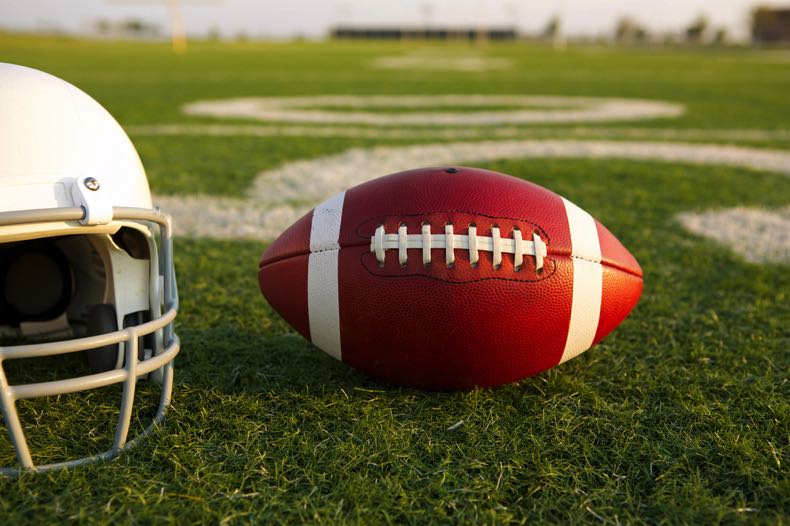 Back in 2014, Mayweather made a fortune through a series of shrewd bets on American football combined with some extremely large stakes.

Mayweather lived up to his nickname of ‘Money’ between September and October 2014 as he earned over $4.5m through NFL bets. A double bet on the Seattle Seahawks and Indianapolis Colts to win by at least 7.5 points got him off to a great start as this alone saw him collect over $1.8m in returns. An $815k wager then went on the Denver Broncos to beat the New York Jets, again by at least a 7.5 point margin.

As this was another winner, he continued with the handicap bets, this time backing the Arizona Cardinals to triumph over the Oakland Raiders with a -3.5 point handicap. This, as with the successful Broncos bet, returned around $1.5m.

It is not just the NFL that has attracted Mayweather’s money within American football. The boxer has also been known to bet on college football action, sometimes to great effect. In October 2017, he backed the Colorado State Rams to overcome the Hawaii Rainbow Warriors in the first half with a -3.5 handicap. It was not a nail-biting bet in the end with the away side enjoying a 31-7 lead at the half-time interval. Nevertheless, the comfortable wager saw Mayweather nearly double his money as the odds were only narrowly shorter than evens. 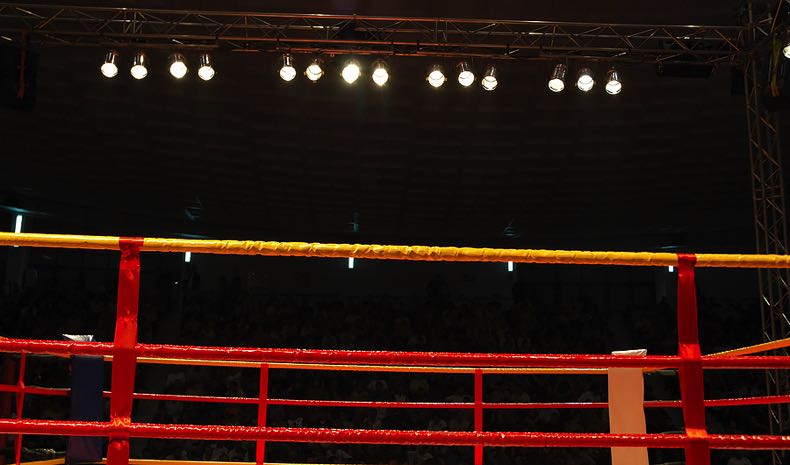 Although Mayweather was denied the chance to bet a huge amount on Connor McGregor to lose to him when the pair fought, he was successful in betting against the Irishman in the octagon.

Having lost once to Dustin Poirier, McGregor returned to the octagon a few months later for a high-profile rematch. Having never suffered back-to-back defeats before in his career, some believed that the Irishman would turn it around. Floyd Mayweather was not one of these people though as he wagered $50,000 on Poirier to win the fight by whatever means. This turned out to be a freak accident as McGregor, when stepping backwards, saw his leg crumble underneath him. His trainer later revealed the damage was done earlier on when McGregor kicked Poirier’s elbow.

Happy with the outcome, Mayweather decided to publicly thank his fellow American Poirier on Twitter for helping him collect $85k. Poirier was more than happy to oblige although McGregor wanted to get the last laugh as he mocked Mayweather with laughing emojis for celebrating (only) a $35k win. Admittedly, it is not a huge win for someone with a net worth supposedly valued at around half a billion dollars.

@dustinpoirier , thanks for getting me paid! pic.twitter.com/ky7OdNGWt4

Does Mayweather Have a Gambling Addiction?

Whether it is chasing losses or relentless craving the next win, not even the extremely wealthy are immune to having gambling problems. Occasional big-money bets, from someone who can easily afford them is not a sign of an addiction but extremely regular play can be. Talking to ESPN radio, Mayweather said that he gambles every day and will search to find the one game he truly believes in so he can load up on it.

Now, even a daily flutter may not be a sign of gambling addiction but this is coming from a man that said in 2016, “I’m looking forward to stepping back from betting on sports now”. This has not proven to be the case, however, as in 2018, a report from Maxim stated there had been rumours that Mayweather had lost $50m on sports betting the year before.

Ultimately, it will be impossible to know for sure if Mayweather is suffering from addiction just based on some internet research. It should, however, serve as a reminder to people who look at his huge wins and want to scoop a big win from their own. Even Mayweather is (seemingly) betting within his means and the most important rule of gambling is never to bet more than you are willing and able to lose.

How Much Money Has Mayweather Won/Lose from Betting?

The answer to this is not something we are ever likely to find out. While the (supposedly) retired boxer does share some of his bets with the public, we only see a small sample of his wagers so we have no idea of his losses. There have been those that have claimed he has lost tens of millions betting, and although unconfirmed, they are made more credible by Mayweather’s desire for easy cash grabs.

Not only has Mayweather fought YouTube star, Logan Paul, and Japanese MMA star, Mikuru Asakura, but he is scheduled to take on another YouTube star, Deki, in another exhibition bout. If this was not enough, Mayweather said he also wants a rematch with Conor McGregor, ideally only an exhibition rather than a proper fight.

In doing these casual fights he is making lots of money very quickly but some would argue it is at an expense of his legacy. No longer has he bowed out beating some of the best fighters out there, but he will do so following a series of seemingly desperate cash grabs. Having said that, there’s no doubt he was one of the greats in the ring in his prime.

This is what I’ve been hearing for 23 years… “All Mayweather does is brag about his cars, his jewelry, his mansions, his ladies, his clothes and his money “. And this is what Mayweather says back… https://t.co/5RY2bHWDHk pic.twitter.com/qoH43Xs3jP