Drake may be best known for being one of the most popular musicians on the planet but his gambling exploits have been the focus of a fair bit of attention too. The Canadian rapper has got a real passion for sports betting and this, combined with a tremendous amount of money at his disposal, means he has placed some extremely hefty wagers.

It is not difficult to find out about his wagers either as he regularly posts them on his social media accounts. His regular platform for betting is Stake.com, an online casino and bookmaker that supports a range of cryptocurrencies. The two officially formed a partnership in March 2022 giving a huge amount of exposure to Stake. When betting with them, Drake sets his wager in Canadian Dollars, which is then converted to Bitcoin. For the purposes of this article though, figures have been converted to US dollars unless stated otherwise.

We will start by looking at Drake’s UFC bets as this has become one of his favourite sports to splash the cash on.

Having suffered a sizeable loss when backing underdog, Jorge Masvidal, to beat Colby Covington in March 2022, Drake would have been eager for a decent win come UFC 274. It was not the money lost that was the issue, as this is merely a drop in the financial ocean for him, it was more a matter of pride as Covington tore Drake to shreds following his victory. Amongst other things the American said, “Let’s talk about all the money that Drake lost tonight… he needs to go back to selling those s***** albums to get back the money.” Covington also added “Drake, you suck at sports betting. Go back to your s***** little albums of rapping.”

For someone with a passion for betting, these words no doubt stung and Drake was keen to make amends. He did this by placing $400,000 on Justin Gaethje to beat Charles Oliveira. This was another underdog bet for Drake, although Gaethje was given a good chance with the market giving him a 7/4 price tag to begin with. His faith in the Arizona-born fighter did not last long though as he tapped out in the first round following a rear-naked choke.

Having failed with a couple of large underdog bets, Drake decided to play it much safer for UFC 276 in an attempt to get a win on the board. He didn’t play it safe on the amount wagered though, risking a whopping $1m on Israel Adesanya to beat Jared Cannonier. The Nigerian was seen as a sensible bet by many and this indeed proved to be the case as he dominated the fight, successfully defending his title for the fourth time.

Adesanya was aware of the bet prior to his fight as Drake managed to get through to him via video call. The middleweight champion almost recoiled when Drake said he would be dropping a million dollars on him but the rapper was much less unfazed, believing the “return on investment is a lock”. Returns would not have been large though with Adesanya trading at around 1/4 for the win. Still, it was an easy way to scoop around $250,000 and it provided a much-needed win for Drake.

Even for Drake, this was something of a huge bet as many of his other flutters fall well short of a million dollars. He must have been feeling lucky (or perhaps just brave) therefore when wagering $2.3m on a UFC double. This massive stake involved Paddy Pimblett to win his fight and Molly McCann to win hers. Both were well-backed favourites for their respective bouts, but the ‘scousers parlay’ as Drake called it, still provided a huge return on an account of the huge stake.

With odds of 1.62 for the double, Drake received a payout of $3.7min total winnings. So thrilled he was by the win, and thankful to the two fighters, that he vowed he would give them both a Rolex. He kept his promise too, a nice added bonus for the two Liverpudlian fighters.

Moving onto American football now and this is another sport that Drake regular bets six-figure sums on.

The Super Bowl is always a massive event on the US sporting calendar but even more so when you have over a million dollars riding on it. Sharing his wagers for the big event on Instagram, Drake revealed that he had placed three singles all in support of the Rams. The biggest bet saw $470k for the Los Angeles outfit to win the grand finale to the footballing season while the other two bets focused on one of their star men, Odell Beckham Jr.

One bet on the wide receiver was $393k on him to rack up at least 62.5 receiving yards and another wager of the same value backed him to score a touchdown. It proved a very nice night for Drake as two of his three bets came off. The Rams did indeed win ($712k return) and Odell Beckham did get himself a touchdown ($846k return), he only failed on the receiving yards front. The fact that Drake bet on Odell specifically is perhaps in part due to the fact that the pair have been friends for years. What better way to show your faith in a friend than betting nearly $800k on them?! 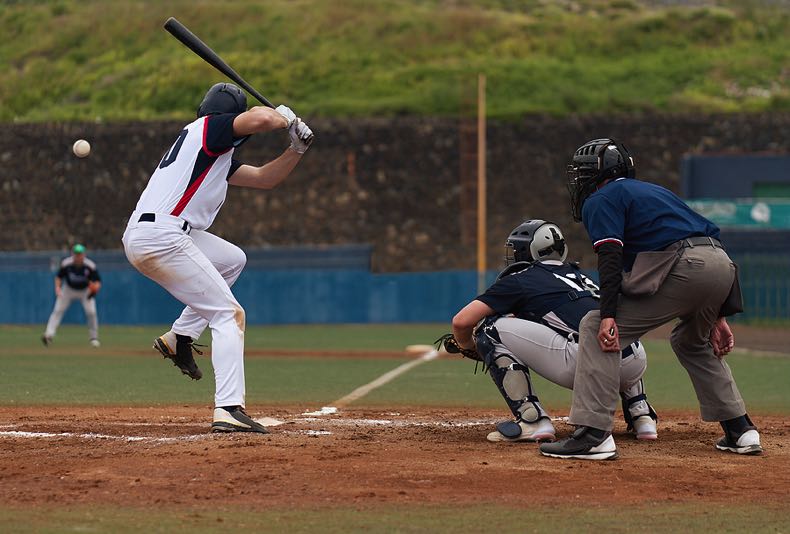 We have combined these two popular sports together here as Drake’s huge three-way bet included both of them.

Showing off his sporting versatility, Drake dipped into the MLB and NBA for this three-way parlay wager. All of the teams were slight favourites for their respective games, trading between 1.66 and 1.86 with this producing total odds of 5.59 and a potential return of around $1.7m. As many of you have no doubt experienced before though, Drake saw his combined bet fall at the very first hurdle. In his defence though, it was a very close affair with the Nets only losing 112-116 as they waved their play-off hopes goodbye.

Had the four-point swing gone the other way, Drake would have been in the money as both the Dallas Mavericks and Toronto Blue Jays won their matches with some ease. Still, this was no doubt very little consolation (if any) as the rapper still lost the entirety of his $314k stake.

This was not an especially large bet by Drake’s standard but it does rank up there are one of his best sporting bets in terms of the stake-to-winnings ratio. Just before the first round of the NBA Western Conference play-offs took pace, Drake decided to put his faith in the Golden State Warriors to be the western representatives in the national final. With no matches played at the time, there were eight western teams still in contention to make it all the way through, so it was not particularly easy to predict.

Despite only finishing third in the regular season, and only very narrowly above the Dallas Mavericks in fourth, Drake opted for the Golden State Warriors at 5.0 odds (4/1). The Warriors managed to see off the Nuggets, the Grizzlies and the Mavericks, giving them the Western Conference championship. At this point, Drake’s bet was a winner, meaning he got around $800k back from his $159k wager, which is pretty good going to say the least. 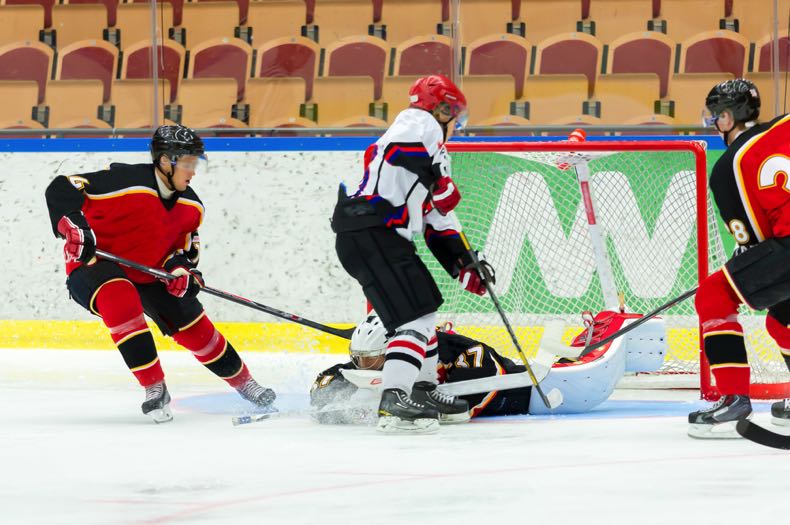 Born and raised in Toronto, Drake has a soft spot for many of the teams based in his old home town. As well as betting on the Blue Jays (mentioned above) he does like to stick money on matches involving the Toronto Maple Leafs too.

Drake tends to back a winner for sporting events when betting big but here he went for a different approach. Rather than plumping for one of his favourite ice hockey teams to win the final round of the play-offs, he instead bet on the series to go the full distance of seven matches. This is exactly what happened too as on game six, Tampa Bay Lightning claimed a 4-3 win to level the series 3-3. It would have been an absolute dream result in Maple Leafs won the deciding match but they fell just short, losing 2-1.

The Certified Lover Boy creator would have no doubt been disappointed to see the Maple Leafs fail but it must have been some consolation to receive a $1.2m (CAD) payout as this was a 2/1 bet. 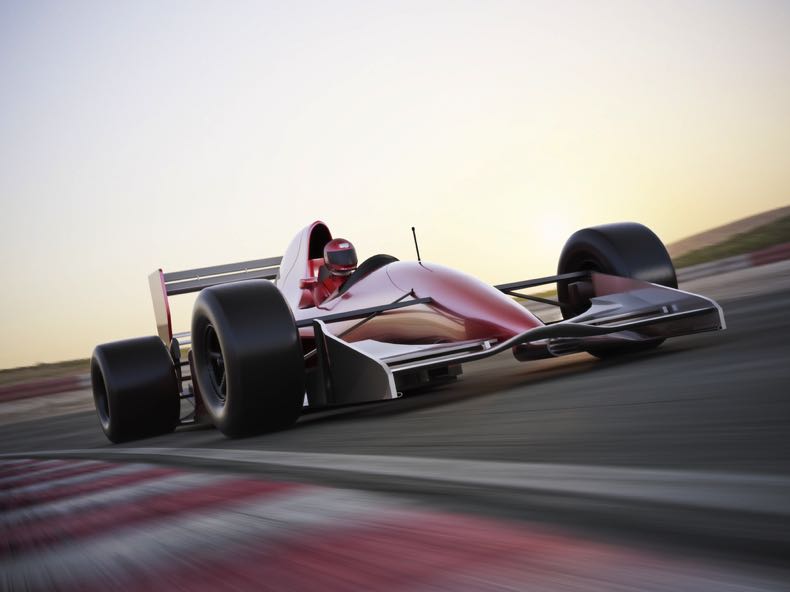 Another sport that Drake has dropped big money on is Formula 1 as his interests continue to expand.

Drake’s first-ever Formula 1 bet saw him try his luck on the 2022 Spanish GP. His selected rider to win the race was Ferrari’s Charles Leclerc who started the race in pole position. The Monaco-born driver was at the top of the drivers’ championship coming into the race too, so he stood a very good chance of success. Things were going well enough to begin with Leclerc enjoying a substantial lead by lap 27 but this is when his car let him down. A turbo and MGU-H failure forced him to retire from the race and with this large slice of misfortune, Drake lost his bet. 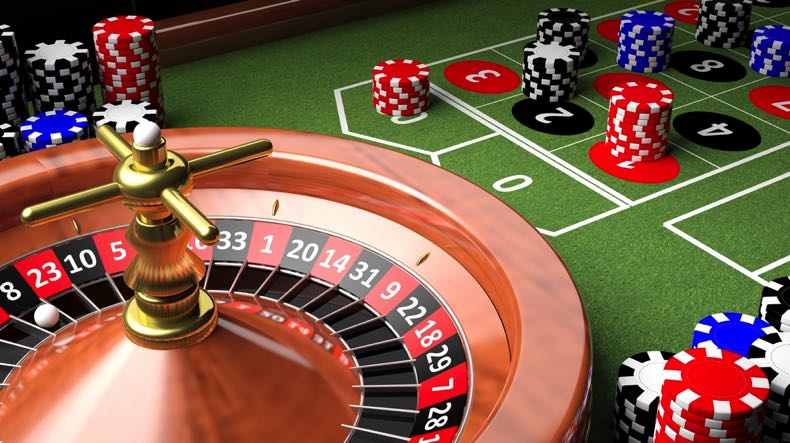 Although Drake spends millions of dollars on sports bets, he also loves spending his cash at casinos too. On one single bet alone in May 2022, he scooped over $17m on a single spin of a live roulette wheel. Within his first two months of joining Stake.com, his total bets at the casino (and on sports betting) exceeded $1bn, with a large portion of this coming at the casino. Roulette appears to be his favourite casino game and he has both won and lost big on this in the past.

Often live-streaming his experience, during one broadcast in July, Drake pocked $5.73m on his first roulette spin and this was soon followed by two wins of $3.87m and $12.96m. After starting with $8.5m, he was soon up to $25m and thoroughly enjoying his time. It proved to be a cautionary tale though with the Canadian leaving with just $1,879 when he eventually called it a night. Note that all casino figures provided here are in CAD.

Despite this hefty loss, Drake is apparently comfortably in the black, at least based on his publicly available big bets. This is not to say he is a master gambler though as he does not post pictures of all his wagers before the outcome is known. He is very likely to be losing many bets that the public does not know about, not that he will mind too much though. The rapper’s net worth is estimated to be around $250m so losing a few million overall is not something he will lose much sleep over.

The phenomenon known as the Drake Curse took the internet by storm in 2019. It seemed that every time he met up with an athlete before an event, they (or their team) would go on to lose. After happening on numerous occasions, internet users were quick to suggest that Drake was some sort of bad luck charm. At one point AS Roma tweeted (jokingly) that their players were banned from meeting Drake for the remainder of the season.

His name became such a jinx that even him simply betting on an individual was perceived as being enough to curse them. Even in more recent times, whenever he loses a bet, you may see it described as an instance of the ‘Drake Curse’ returning. While many still believe in it though, there is no actual reason to be concerned if Drake ends up copying your bet, or backing your favourite player/team. There have been many recent examples where the curse has not struck, as seen through his many successful sporting bets.