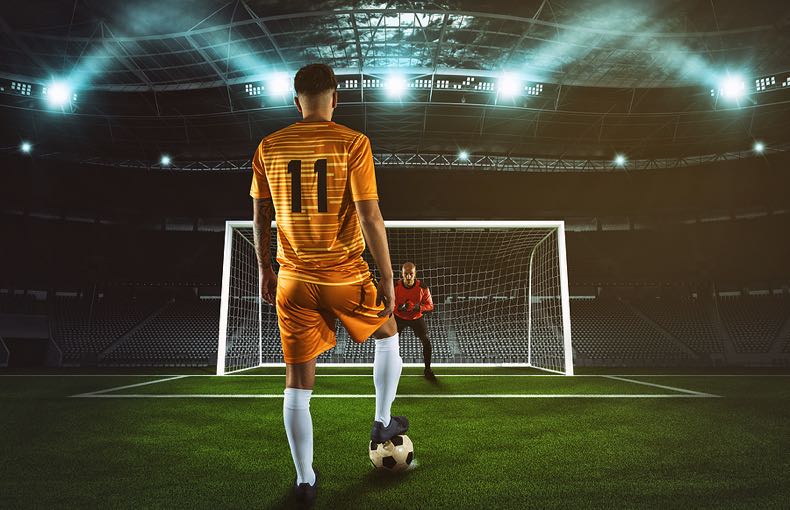 Many big matches over the course of footballing history have been settled by the dreaded penalty shootout. When watching, it may seem a relatively easy task to slot the ball home from just 12 yards given the whole goal is free to aim at and 12 yards is, well, 12 yards. While a simple task on paper though, it is a lot harder than it looks especially as penalty shootouts often come with a great deal of pressure.

Any player that is able to hold their nerve successfully and slots the ball home from the penalty spot is deserving of some praise. Although it is something that requires guts, is a successful shootout attempt recorded just like any other goal for the purpose of player stats? As well as answering this question, we will also look at how penalties are treated by the bookies when it comes to football bets. 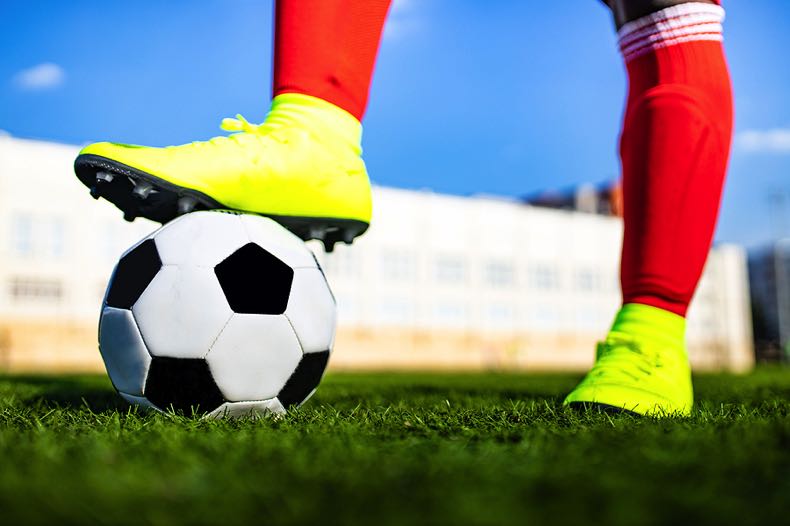 The focus of this article will be penalties that are scored during penalty shootouts, as opposed to those scored prior to the final whistle following an infringement in the box. A penalty scored in normal time or for that matter extra time, is treated just like any other goal in most cases for the purposes of stats and betting. Occasionally, it is necessary to state specifically how many goals were from the penalty spot but only if this is used as a tiebreaker for a top goalscorer competition. Otherwise though, a penalty is really no different than a glancing header or 30-yard volley in the way they are treated.

That said, whilst goals in extra time will count towards a player’s tally in a tournament or cup, and also for bets that relate to this, there are many betting markets where they will not be relevant. This is because the vast majority of bets are for “90 minutes” only unless stated otherwise. The 90 includes injury time but not extra time. This means that if, for example, you back Neymar to score first in a game where he scores the only goal in extra time, from the spot, it will not count. The game, as far as the bet is concerned, ended at full time and was settled as a win only for those who backed “no goalscorer”. However, this goal is not disregarded because it is a penalty, but simply because it came in extra time.

Penalty shootout efforts are different though, despite them presenting players with the same 12-yard challenge. Shootouts themselves are relatively rare in football as they can only ever occur in matches that cannot end as a draw. This means they typically only feature during the knockout stages of various cup competitions. If two teams cannot be separated during regular play, a penalty shootout is almost always the chosen way of deciding a winner, usually after extra time but increasingly in the modern era immediately after the normal 90 minutes.

As many cup competitions opt for a league or group format that then later becomes a knockout tournament, this results in penalty shootouts only being seen during the latter, high-profile rounds. Shootouts have subsequent ended up settling many huge matches across the years. In more recent seasons, penalties have decided the finals of Euro 2020, the 2022 FA Cup and the 2021 & 2022 Europa Leagues. In such high-pressure environments, being able to keep your nerve from 12-yards is no easy task but how much official credit is actually given?

Do Penalties Count Towards Career Stats?

When Cristiano Ronaldo passed the 800-career goal milestone in December 2021, this included the 141 he netted from the penalty spot during regular or extra time. What the huge milestone did not include, however, was penalties converted during penalty shootouts. At the time of writing, the Portuguese star had netted six of eight attempts during shootouts but these will remain a small footnote on his overall record, rather than being a full, official part of it.

Even when just looking solely at his penalty conversion rate, it is common for the number to only include penalties awarded before the final whistle. If shootout stats are taken into account, which can be the case, this ought to be explicitly stated.

Cristiano Ronaldo was the example used above but there is nothing at all unusual about his case. No player receives a career goal for slotting in their penalty during a shootout. It does not matter what the competition is or which penalty they took, they will not be credited with an actual goal. It is for this reason why midfielder, Didier Zokora, officially never scored a goal for Tottenham across 88 appearances. What some Spurs fans may remember though is that the Ivorian did convert his sudden-death effort from 12-yards in a UEFA Cup clash with PSV. It was a surprisingly emphatic effort too for a player that ended his career with just three goals from nearly 600 matches.

Do Penalties Count Towards the Golden Boot? 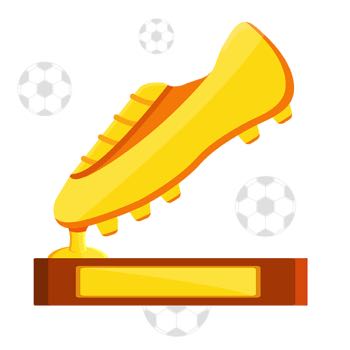 We have established that penalty shootout goals do not feature on career totals but are they totalled up for specific competitions? In short, the answer is again no. Big cup competitions regularly run a golden boot competition to officially recognise and reward the player that scores the highest number of goals. As ties are quite a common sight, due to the limited number of matches, various tiebreakers may be employed to determine an outright winner. This may include fewest minutes played, most assists or fewest penalties scored (in-normal time).

A tie-breaker will not, however, look at goals converted during a shootout. So, not only will these not count on a player’s main tally, they will never even be a small factor for determining a golden boot award. When Harry Kane claimed the Golden Boot at the World Cup 2018, his official total was six goals. Three of these came directly from the penalty spot following fouls committed during regular time. The total of six did not include the penalty he converted during the shootout with Colombia though.

Some of you might raise the question why a penalty before 120 minutes counts but not one after 120 minutes (note, as said, some competitions skip extra time and head to a shootout after 90 minutes). One response would be that successful shootout efforts are simply not treated like a normal goal would be. Sticking with the Colombia match mentioned above, the official result was Colombia 1-1 England (3 – 4 penalties), as opposed to a scoreline of 4-5.

Secondly, if shootout efforts were included in Golden Boot hauls, it would give the players involved in them quite an unfair advantage in the golden boot race. Imagine if a team ended up in two shootouts, which is not unheard of, they could potentially have 5 or more players with two goals added to their tally. Given we have seen totals of three or even fewer goals win such awards, if shootout strikes were to count they could certainly skew things and detract from the true art of scoring during a game.

Do Penalties Count Towards Player Betting?

There is a bit of a theme developing here because bookies do not treat any successful attempts during a penalty shootout like an ordinary goal either. If you backed a player to score first in a match that finished 0-0 and he slots home the first penalty during the shootout, this will not be a winning bet. This is also because, as noted earlier, all goalscorer bets are settled within 90 minutes so the bet would be a loser prior to the shootout taking place.

In fact, most bets are settled at the end of 90 minutes so you would already know the outcome prior to any shootout that may take place. The only exceptions to this are markets, such as “method of victory”, “to lift the trophy” or “to qualify”, as these relate to the overall outcome of the match, regardless of how it is settled. If Manchester United ends up winning via a penalty shootout and you backed them to qualify for the next round, this would indeed be a winning bet. In contrast, backing them to win the game would be a losing bet because that would have been settled as a draw.

This settled in 90 minutes rule is also why a penalty shootout will not spare you if you have backed a player or team to ‘score a penalty’. Even if the team or player ends up converting at this late stage in the game, it is too late for the purposes of your bet. Do not think that this market provides extra-value for many during cup matches, as it is no better than doing it during a league contest.

It is not as though bookies do not acknowledge penalty shootouts exist, merely that individual players are not given credit for holding their nerve for any standard bet. As such, they will not include penalty shootout goals when keeping track of tournament top goalscorers. During big competitions you may find some bookies give punters a free bet every time a player they backed to win the golden boot scores a goal. Again though, only actual goals scored will qualify, not penalties during a shootout or own goals.

Is It Possible to Bet on Players During Penalties?

If you a have feeling a player will convert their penalty should the match head to a shootout then this can sometimes be an betting option. To make this bet though you cannot simply back them as an ‘anytime’ goalscorer, for the reasons explained previously. Instead, you would have to place a bet specific to the penalty shootout. For example, in the 2019 League Cup Final, one popular bookmaker gave odds of 8/11 for Sergio Aguero and Raheem Sterling both to score their attempts.

For those bookies that do end up offering such bets, these will usually only appear in the in-play or live betting section of the site once the game has reached the penalty shootout stage. It is rare you will find such odds until this happens as it is not worth bookies having an entire market that is likely to end up completely void. On that note, should your selected penalty taker (or one of them) not end up taking a penalty, for whatever reason, the bet will be void and your stake will be returned. To lose money on this type of bet, your selected player, or one of your selected players, would need to miss their spot kick.

This is the only time that penalties ‘count’ for betting purposes so be sure that the bet itself refers to a penalty shootout explicitly if this is how you wish to bet. To get an idea of how much value is in this, Betfair did provide penalty shootout odds ahead of England’s Euro 2020 clash with Germany. This is not something they would ordinary do pre kick-off but because this was likely to be a close affair and due to the history of the two nations, it was worth rolling out this special market, if only for the publicity it generated.

As it was, the Three Lions won this game in normal time 2-0 so all bets placed on any individual above would have been refunded.