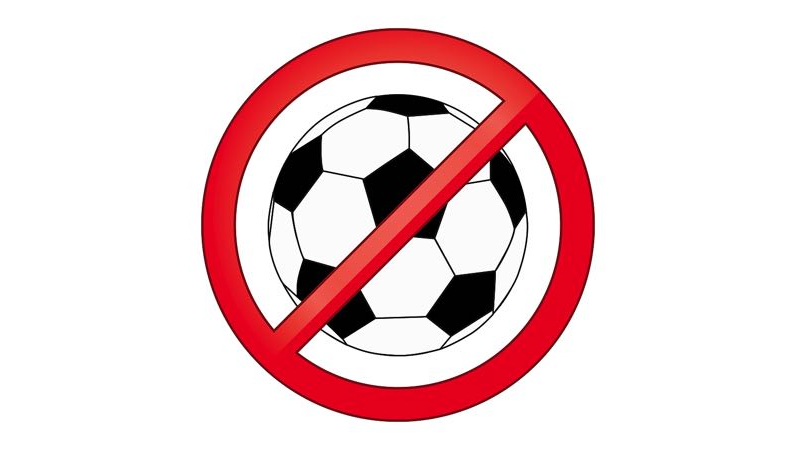 By the standards of other sports, football is relatively low scoring. Games are often won by the slimmest of margins so chances are vitally important. Managers and players work very hard on the training pitch and analysis rooms to craft tactics and routes to goal so it is incredibly frustrating when goals are ruled out for minor rules infractions.

The rules governing football can be a little confusing, especially when it comes to goals. Even fans who profess to love the sport can be unaware of some of the stranger, less common rules, simply because they crop up so infrequently. In this article, we look at five times where goals are ruled out due to some little understood rules, meaning that the next time one is invoked, you’ll look like the football pro and expert you really are! 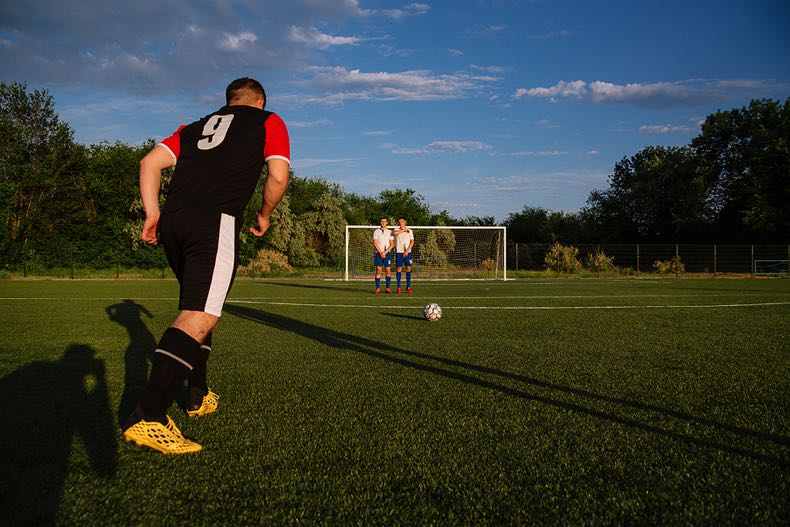 We’ll start with one of the better-known reasons that a goal could be disallowed, just to ease ourselves in. There is nothing quite like a goal from a free kick. From David Beckham bending one in against Greece in 2002 to send England through to the World Cup to Roberto Carlos’ incredible strike in 1997 against France; or indeed any of James Ward-Prowse’s 14 strikes (and counting!), direct free kicks uniquely delight fans.

However, not every offence results in a direct free kick. Law 12 of the official FA Rule Book lays out the various offences that result in indirect free kicks, such as impeding the progress of an opposition player (obstruction), dissent and goalkeepers picking up the ball after a deliberate back pass. There are many other reasons for giving an indirect free kick, which you can see in the Rule Book, but one we would particularly like to see enacted more frequently is when the goalkeeper “controls the ball with the hand/arm for more than six seconds before releasing it”.

Of course, mistakes do happen, and for whatever reason, it briefly seemed that this goal, in an under-19 game at the Euros between Portugal and the Czech Republic would stand. However the ref, despite not indicating that it was an indirect freekick and initially awarding the goal, realises that it cannot stand and subsequently disallows it.

Do you remember the infamous Peter Enckelman own goal in the Midlands derby between Birmingham City and Aston Villa? The Villa goalkeeper failed to control a ball that came to him directly from a throw in much to his embarrassment. Did you know, however, that the goal only stood because referee, David Elleray, ruled that Enckelman got a touch on the ball before it went in? You can see the goal here and it certainly does seem that the stopped got a slight touch.

That touch was crucial as goals – whether normal goals or own goals – cannot be scored directly from throw ins. Law 15 governs throw ins and states clearly, “a goal cannot be scored directly from a throw in”. There must be a touch from a player on either the attacking or defending side for a goal to be awarded. If there is no touch then a goal kick is awarded in the event that the attacking side took the throw in. If the thrower propels the ball into their own goal, then a corner is awarded to the opposition. 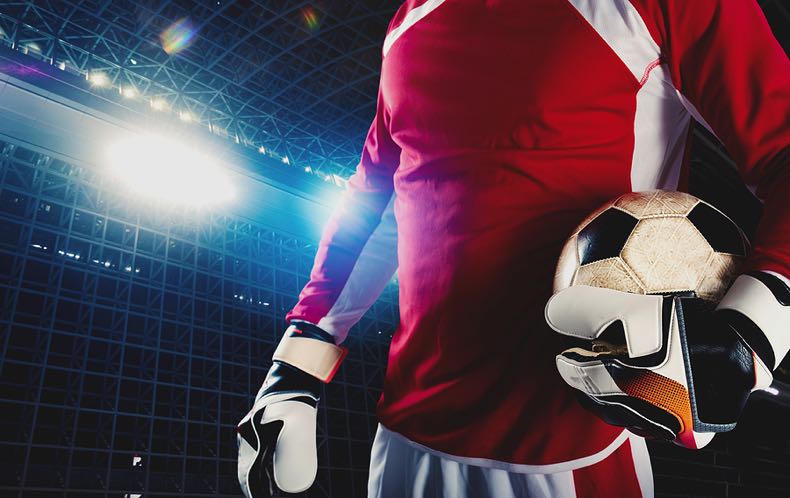 The rules of football state that goals cannot be scored from a player’s hand. That applies to handball, to throw ins and also to goalkeepers. Goalkeepers do occasionally score goals from clearances deep in their own half or even heroic late goals after they’ve ventured forward for a set piece, but you’ll never see a keeper score by throwing the ball into the net.

This rule is a relatively new one and was adopted by the International Football Association Board (IFAB) ahead of the 2019-20 season. It was introduced so as to make the rules governing goalkeepers consistent with the handball rule. If a goalkeeper does throw the ball into the opposition net a goal kick is awarded. And unofficially they get a lot of respect from us for having a very powerful arm.

It is important to note that this rule does not apply to own goals. If a goalkeeper throws the ball into their own net the goal will stand for the opposition. As strange and unlikely as it may sound, that has happened on many an occasion, including this howler from Ethiopia.

Darren Bent scored four times for England and is one of an elite band of players to have scored over 100 Premier League goals. His career rather fizzled out but there is no doubt he was a very good goalscorer. However, one of his most famous goals should not have stood. It came in 2009 when Bent was leading the line for Sunderland against Liverpool. The ball fell to Bent inside the box just five minutes into the game, he took a pot shot and the ball ricocheted off a beach ball which had entered the field of play before flying past Pepe Reina in the Liverpool goal.

While many were quick to laugh at the irony of a ball being thrown onto the pitch from the Liverpool fans costing them a goal, the Liverpool fans themselves pointed out that goals scored in such circumstances should be ruled out.

The wording of the rule refers to “outside agents” having an impact on goals. It’s a deliberately vague phrase designed to give room for referees to use their initiative and experience. Referees will make mistakes though and Mike Jones, the ref on the day, should have spotted the obvious interference of the beach ball and stopped play rather than awarding the goal. 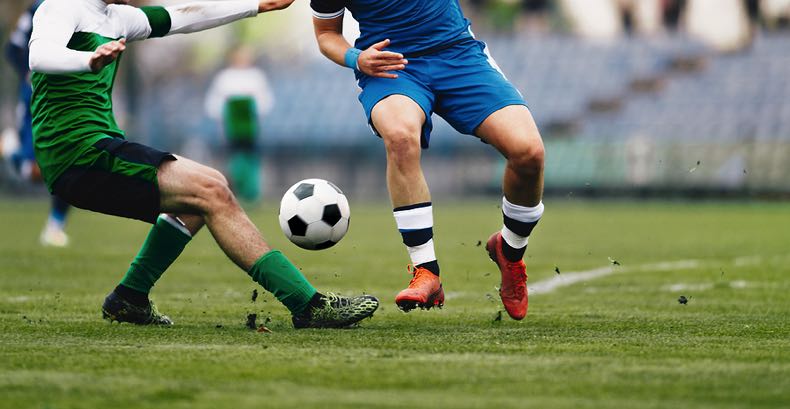 Thierry Henry and Robert Pires are two of the most technically gifted footballers ever to have played in the Premier League. They were part of great teams for both France and Arsenal and linked up brilliantly on many occasions. Nobody is perfect though and, together, they created one of the most embarrassing moments in Premier League history.

The Arsenal pair concocted a routine from a penalty where, instead of shooting, Pires would pass the ball to his left and Henry would run in to tap into a near open goal. We say concocted but, in actual fact, they were hoping to mimic a penalty taken by Dutch master Johan Cruyff and Jesper Olsen for Ajax back in 1982. That duo pulled it off nicely … Henry and Pires, not so much!

1-0 up against Man City (thanks to a Pires penalty taken conventionally!), Arsenal should have simply tucked the penalty away to make the game safe but instead they had something rather more poetic in mind. It all went wrong when Pires completely miscued the pass meaning the ball barely moved. In a panic, Pires hesitated, not knowing whether to touch the ball again, leave it to Henry or what. City defenders swept in and the ref blew his whistle and gave an indirect free kick against Arsenal, believing the French attacker touched the ball twice.

Check out the rather disastrous routine here. As you can see, Pires doesn’t actually kick the ball again, so really play should have just continued, with Henry free to shoot had he got there first. There was also debate about whether the ball even moved the first time because it did not leave the spot. All in all, a rather failed attempt to pay tribute to Cruyff and co!

Penalties are not the only situation where the two-touch rule applies. Players cannot touch the ball twice in succession from any restart in play. That means goal kicks, direct and indirect freekicks and throw ins. In all of those situations, two touches from the same player will result in an indirect freekick for the opposing team, even when a goal is scored from that second touch. 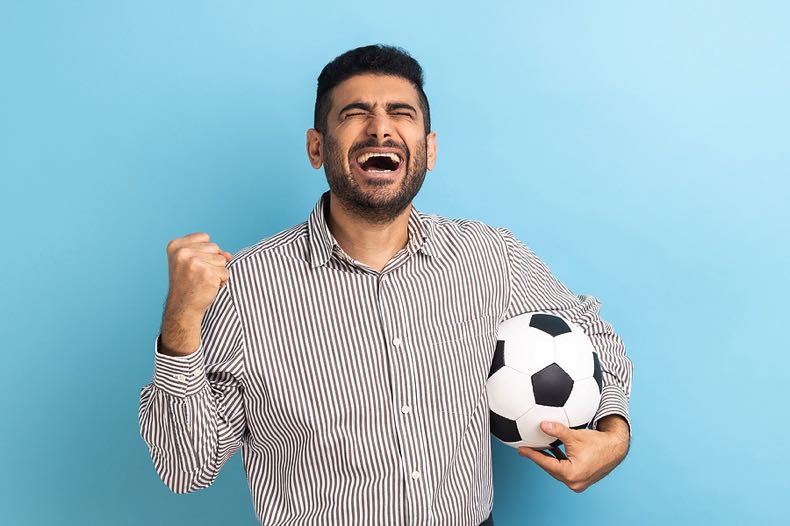 As a bonus sixth reason why a goal might not be given, let us consider perhaps the most common explanation – human error. In many ways this is the most annoying of them all and all fans have surely felt the agony of seeing their side not awarded a perfectly valid goal. In the higher reaches of the game modern technology, in particular goal line cameras, means this is far less common than it used to be.

Frank Lampard is just one player who will wish that such technology had been around longer, so his World Cup goal against Germany would have stood. However, even with technology, mistakes can happen, as Sheffield United realise better than most following this incident when they played Villa.

It might seem silly, or obvious, to suggest that handball is a reason that a goal might not be given but there is certainly plenty of confusion regarding the rules. Recently (October 2022) we saw Marcus Rashford have a goal for Man United disallowed against Everton. Whether or not this was human error, a VAR clanger (which is ultimately also human error), or simply the correct application of a rather strange, possibly harsh rule, is open to debate. Indeed, the issue at stake here could, perhaps should, be a sixth reason why a goal might not stand, due to the lack of awareness and clarity around the rule.

What exactly constitutes a handball is a debate that has existed within football for a long time. There are various factors to consider (or certainly that have been considered over the years), including intent, the distance between ball and hand, whether the action was “ball to hand or hand to ball”, whether or not the hand was in a “natural position”, the player’s silhouette (!), what part of the body/arm is included by the handball rule and more.

More recently a law was introduced that stated that if a goal results from a handball then it will not stand even if it was accidental and the arm/hand were in a natural position. In other words, if a player scores with their hand or “scores immediately after the ball has touched the hand/arm” then any other caveats or rules that normally apply to handball will not come into play.

An interesting quirk of this rule means that whilst Rashford’s “goal” was disallowed, had he squared the ball to another player for them to tap it in, it would have stood. So, an accidental handball in the build-up to a goal is overlooked but the exact same incident is deemed to be handball if a goal directly follows (scored by the same player).