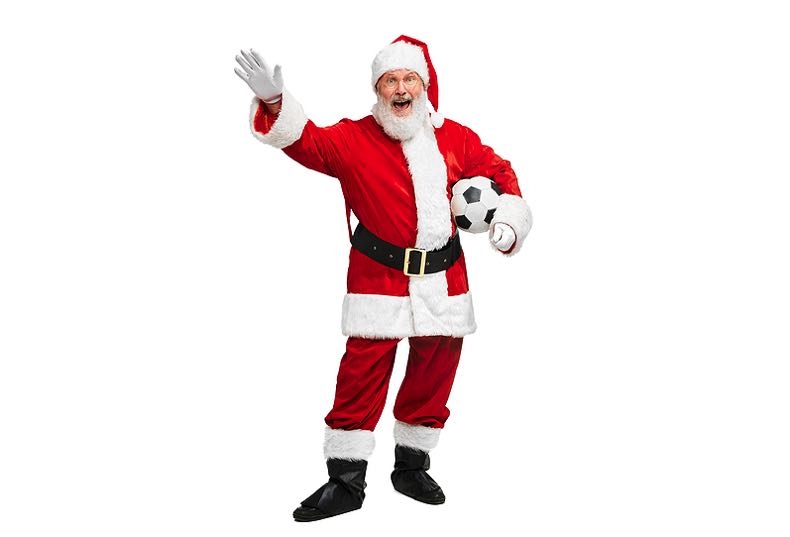 When it comes to predicting who will be crowned the next Premier League champions, many believe that you start to get a reliable idea around Christmas time. The popular theory goes that the team that sits in pole position on December 25th has the best chance to go on and lift the trophy. While this is just about true, it is an extremely long way from being any sort of guarantee, as many sides have found out the hard way.

The league is a marathon not a sprint and whilst the table has certainly begun to take shape by Christmas, things are far from set in stone. In a normal season (where the World Cup isn’t in winter in other words!), there are typically around 17 rounds of games played by Christmas Day. As such, we are not even at the halfway point of the campaign, with teams normally having 21 matches still to go. Much can change, but just how often does being top on the 25th December translate into success and silverware come spring?

How Important Is Being Top at Christmas?

Up to and including the 2021/22 Premier League season, just over half of the festive league leaders went on to lift the title that very same campaign. There have been 30 league champions in this time and 16 of them were at the top of the tree by the time Santa came knocking on their door. Based on this, it does seem something of a coin flip whether or not a team will be able to hold their advantage for the full length of the campaign. Just over half is a decent record of course but we still have examples of 14 teams that have slipped behind the pace despite holding the advantage at Christmas time.

For now, let us take a look at all the teams that have been top at Christmas and how they ended up finishing the season.

What is the key takeaway from this? One is that whoever is top at Christmas seems almost certain to finish at least in the top four. Only in the case of Aston Villa in 1998/99 have the league leaders ended up slipping more than three places. Villa were particularly woeful in the latter chunk of the season too, and it could be a long time before we see a similar drop-off. In their final 16 matches, they collected a mere 12 points, which is very much relegation form. This huge crumble saw the Villains end up 24 points from first place, all the way down in sixth.

Another key finding is how much better first place has fared in more recent years. In the first 12 Premier League seasons, only three teams who were top at Christmas managed to end up there come the final game of the season. In the last 12 years, however, nine league leaders have successfully retained their advantage, making it a much stronger predictive tool than it used to be. As we naturally give more weighting to more recent data, this suggests leading at Christmas is definitely a promising sign but, of course, still some way from offering any certainties.

It is less of a promising sign if you are a Liverpool fan though. On five occasions the Reds have found themselves top at Christmas yet four times it has ended in heartbreak. Even with their long wait for a Premier League title now over you can forgive any Reds fans for not getting carried away by some mid-season superiority.

How Much Distance Can Be Made Up? 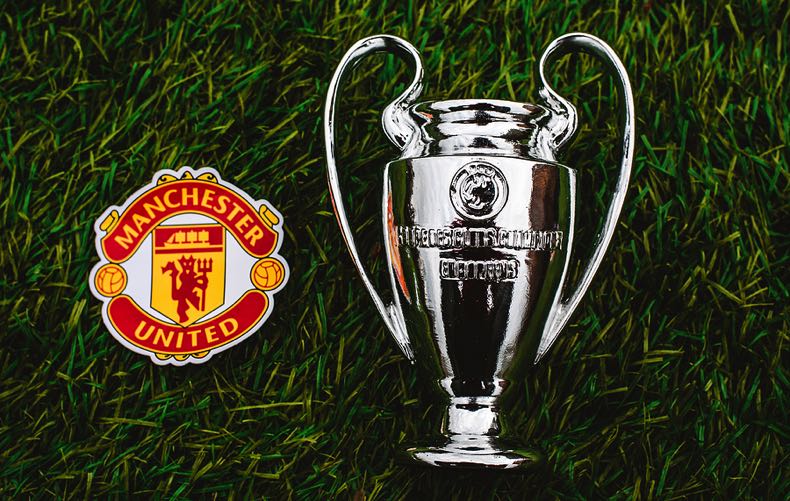 In the 14 seasons that the eventual league champion was not top at Christmas, how close were they to first place? This is an important question to ask because it gives us a good idea about who might still be in contention in any given year.

Slightly surprisingly, in less than half the instances it is the team in second place at Christmas that goes onto to claim the championship. In eight of the 14 occasions, a team 3rd or lower ended up turning things around to claim domestic glory. You certainly would not want to be out of the top four though, judging by past data, as only one team since 1997/98 has been able to make up more than three places.

This solitary example is quite the remarkable one too, on the face of it anyway. Man City were down in eighth place at Christmas 2020, but went on to win the league by an extremely comfortable 12 points. This seems rather unbelievable but when you look at it more closely, it is not quite as shocking as it seems. Prior to the Christmas break the top of the Premier League table was relatively congested, with just seven points separating first-placed Liverpool with eighth-placed City. Additionally, City had a game in hand over six of the teams above them, four of which were no more than three points ahead.

So, it was just an unusual set of circumstances that saw City briefly in eighth place at Christmas but still able to win the league. If you skip forward to the following season at Christmas time, eighth placed Wolves trailed leaders City by 19 points, this being a more ‘typical’ gap between the places.

Another interesting point from the above table is how often Man Utd have fought back from behind. In the Ferguson era the Red Devils had such resolve and would so rarely accept they were beaten. Only twice have they lost the league title from a leading position at Christmas compared to eight times they have been crowned champions while further down the table. In those days you certainly did not want Fergie’s men to be breathing down your neck as they would inevitably pounce if you slipped up.

Normally by Christmas, the Premier League season would be very close to the halfway mark. In 2021/22, league leaders, Man City, had played 18 matches while Liverpool had played 17 in 2019/20 and 18 in 2018/19. Basically, in any normal season will we usually be 17 or 18 gameweeks in before the extremely brief pre-Christmas break. The more games that have been played mean the more likely the team at the top is the ‘best’ team, while also meaning there are fewer games left to shake up the rankings and for another side to mount a fightback.

So, if there is ever a disrupted Premier League season with rearranged fixtures, you would be wise to put less weight in the “top at Christmas” trend (or more if there happen to be more games played). In two recent examples, there have been a reduced number of fixtures played prior to December 25th. In the 2020/21 season, it was global health issues to blame as this led to a delayed start to the campaign. By Christmas, league leaders Liverpool had only played 14 matches, four fewer than normal.

In the 2022/23 season, it was the rescheduled World Cup responsible as with this we knew who was going to be top at Christmas time in early November. The final round of Premier League fixtures prior to its return on Boxing Day took place on the weekend of the 12th/13th November. Man City’s surprise defeat at home to Brentford coupled with Arsenal’s win away at Wolves meant that it would be the Gunners who would be the festive pace-setters with 14 matches played.

Admittedly, four games fewer than normal is not that huge but those four are enough to see the leaders knocked from their perch especially early on in the season. So, it is just something worth thinking about when weighing any bets. 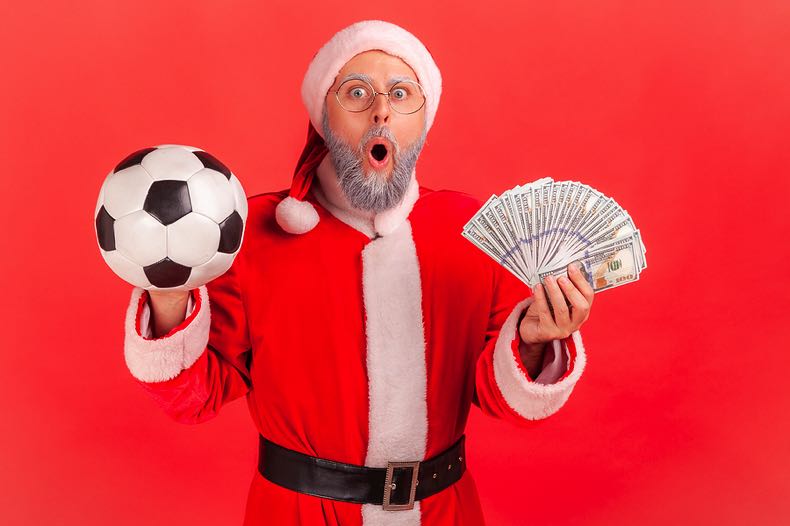 How might all the information above shape out betting? Well, firstly, you have the ‘Top at Christmas’ market which is something punters often go for pre-season or during the first few weeks of the campaign. Past trends would tell us that there rarely ends up being too many shocks with the team that find themselves top by Christmas, even in season with fewer fixtures. The only side not to come from the ‘Big Six’ in the past two decades was Leicester in 2015/16 and how many people ever saw that coming? It is also worth mentioning that Tottenham, despite being part of the Big Six, have never been top at Christmas, so they make for a less appealing option than the others.

When it is Christmas time, you might be thinking about placing a wager on who you think will go all the way and win the league. In this case, the current leaders should be the first team you think about. They have been more successful than not, especially in more recent years, so if you can get decent odds it is usually worth a gamble. Picking another option has its merits if you do not fancy the current leaders but only really if they are in the top four. Outside of this, and unless the top of the league is extremely congested, the gap will likely be too much to overcome.