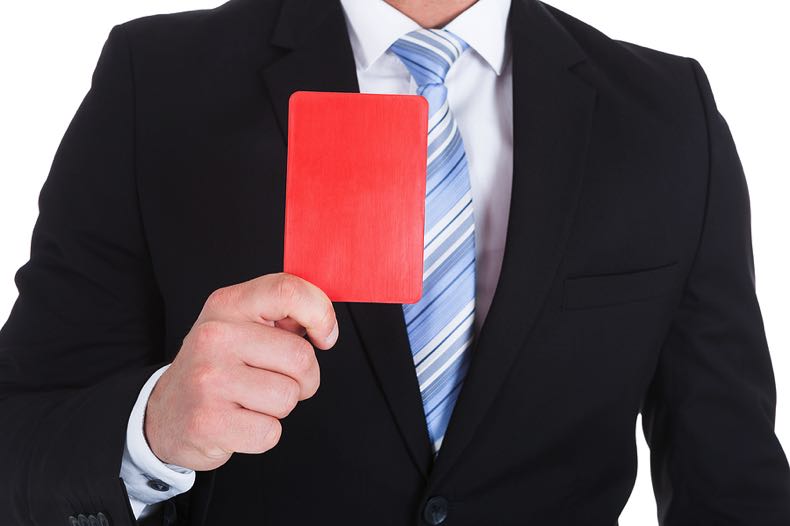 The job of football manager (or coach if you prefer) is precarious at the best of times. The pressure of guiding a professional team to success is massive at club level, but often that pressure is ramped up to another level when attempting to manage a national football team to glory. And this pressure to succeed is never greater than at the World Cup and given there is only ever one winner, that leaves a whole lot of losing managers who are nervously fearing for their jobs.

In this article, we’ll look at which national football team managers have left their jobs since the World Cup in Qatar. This will include managers who were sacked by their national football authority and indeed those who jumped before they were pushed, or who might have had a better offers elsewhere. We will start with the managerial changes that have affected the teams that played at the World Cup and then we’ll look at some of the bosses who lost their jobs after failing to qualify for Qatar 2022.

Which Teams Competed at Qatar 2022?

There was a total of 32 teams that competed at the finals of the World Cup in Qatar. Here we’ll list them along with the managers who led them into and through the tournament (as no managers were sacked or left their posts mid-tournament). We’ll also note the stage of elimination of the teams, as this might give some clues about which managers might feature in the next section.

Now we’ve got a feel for the teams and managers at the World Cup, let’s take a look at which bosses managed to keep their jobs. Or rather, which didn’t!

There have certainly been some very significant managerial heads to have rolled since the World Cup. Many of those who have left their posts were the bosses of teams who really fancied their chances of going all the way in Qatar, with Spain, Brazil, Belgium and Netherlands being the prime examples. Interestingly, Germany – who massively flopped at the World Cup – have kept Hansi Flick in the manager’s hot seat (at least, at the time of writing!). Here’s the rundown of managerial changes made by national teams that played at Qatar 2022:

It might be a little harsh to suggest that not renewing a manager’s contract is the same as sacking them; but in some cases, it probably isn’t far off. The national football governing bodies chose not to offer new contracts in most situations mentioned above, hence making it clear they didn’t want the manager in question to continue in their role.

Things can change quickly in football, of course, and we wouldn’t be too surprised if some of the ‘currently vacant’ positions are filled by managers whose contracts have lapsed. Having said that, some of those above have already moved on to other jobs, most notably Belgium’s former boss, Roberto Martínez, who has replaced the sacked Fernando Santos as Portugal’s head coach.

The biggest changes, or the ones that caused the biggest ripples in the footballing pond, have been those relating to the sides that could and probably should have done better in Qatar. Here we’ll go into a little more detail about the most notable managerial changes when it comes to the teams who at least made it to the World Cup.

Roberto Martínez, for instance, had more than six years at the helm at Belgium and during this time he has enjoyed the services of some truly world-class players. At their best, the likes of Romelu Lukaku (the nation’s top goalscorer), Eden Hazard, Kevin De Bruyne, Jan Vertonghen, Thibaut Courtois and others would make just about any national team in the world. And yet, for whatever reason, things didn’t quite work out for Martínez .

He took Belgium to the top of the FIFA world rankings for the first time in their history. What’s more, he kept them at number one for a long time. However, fans don’t really care about FIFA’s rankings and the closest he got to silverware was third place at the 2018 World Cup in Russia. Perhaps he’ll do better with Ronaldo and co at Portugal?

At the World Cup in Qatar, Belgium massively underperformed and never looked like going all the way. They started well enough in terms of the result with a 1-0 victory over Canada, but the performance lacked energy and ingenuity and in truth it was a game they could easily have lost. In their next Group Stage match, Belgium were found out badly against the surprise package of the tournament, Morocco; the North African side earned a deserved 2-0 victory over the Red Devils, leaving Martínez and his men in big trouble.

They weren’t able to muster the required impetus in their final group match and limped to a 0-0 draw against Croatia, which meant Belgium finished third in the group and were eliminated. For a team packed full of such attacking talent to score just a single goal in three games was, frankly, rubbish, and there was no way Martínez was going to keep his job even if he’d wanted to.

Spain were another side that had plenty of talented players but who never really gelled as sides need to at World Cups. They did better than Belgium in that they at least progressed from the Group Stage, but it could be argued they peaked too early when they put Costa Rica to the sword in their opening game when they won 7-0. A reasonable enough 1-1 draw against (an admittedly poor) Germany followed, then they crept through on goal difference after a disappointing 2-1 defeat to an impressive Japan side in their final group game.

Spain’s inability to top the group looked on paper to be rather fortuitous as it meant they would face unfancied Morocco instead of always-dangerous Croatia. But as it turned out, Morocco had real momentum behind them and they ended up battling to a 0-0 draw with Spain in their Round of 16 match before winning 3-0 on penalties, Spain missing all three of their spot-kicks! After that, Enrique’s position was basically untenable and he had to go. Since then, he has already been linked to big jobs, including arguably the biggest of them all, that of Brazil boss.

Félix Sánchez had been the man chosen by Qatar to mastermind and guide the development of football in the nation in preparation for them hosting the World Cup. He moved there back in 2006 to help run the Aspire Academy, which aimed to identify and nurture sporting talent in the country. He then progressed to coaching the Qatar U19 football team, then the under-23s and, from 2017, the senior side. There were high hopes that Qatar would perform well at the World Cup and, despite Qatar having qualified automatically as the hosts, there was plenty of optimism. They had won the 2019 Asian Cup (effectively the Asian Euros), beating Japan 3-1 in the final and on home soil hoped to enjoy a decent run in the World Cup.

Things didn’t go quite to plan at the global showpiece though. To say the least. Qatar lost all three of their group games and only scored one goal (which, to be fair, was as many as Belgium managed!). Whether Sánchez would have wanted to carry on in the job is unclear, but when his contract expired at the end of December 2022, he wasn’t given the option to renew it.

At times in Qatar, Brazil looked like the real deal and many thought it was their year. After Tite guided Seleção to Copa America success in 2019, their first major trophy since their 2002 World Cup triumph, Brazil’s fans were certainly hopeful of their chances in Qatar. They made relatively light work of Group G, despite a shock defeat to Cameroon in their third group match (when they rested players and were already assured of qualifying after wins over Switzerland and Serbia). Then they tore into South Korea in the Round of 16, winning 4-1. But perhaps that’s when Tite and his players started believing the hype and took their eyes off the ball.

They faced Croatia in the quarters and were unable to break them down. The game ended 0-0 after normal time and then Neymar stepped up in extra time to put his side into the lead… only for Croatia to equalise 10 minutes later through Bruno Petković. Unfortunately for Brazil, Croatia were on target with their spot-kicks and the European side won 4-2 on penalties. Although it is possible Tite could have continued in the role, there would certainly have been a clamour for his head had he not taken the swift decision to resign.

What About Managers of Teams that Didn’t Qualify?

Here are some of the most significant recent managerial changes of national football teams that didn’t qualify for the World Cup in Qatar. Some were sacked as a direct result of not leading their team to Qatar, others left for a variety of reasons.

There have been various other national team managers who have left their posts prior to or since the 2022 World Cup, but the above are the ones that are most clearly related to the tournament and the sides’ inability to qualify for it.

Life as a national team football manager must be pretty tough. But when it works out the rewards are fantastic. Alas, for almost all national team managers, real success – i.e. winning a major trophy – is something they can only ever dream of. As we have seen, though, when it comes to the biggest tournament of them all, the World Cup, a bad tournament (or a failure to qualify at all) can certainly spell the end of a boss’s tenure at the helm of a national team. Unless you are Hansi Flick, that is!