They say there’s no such thing as a dead cert in gambling… or indeed life. And, one very unlucky punter in the USA discovered that harsh reality in no uncertain terms when they lost a whopping $1.4 million on the NFL. Talk about a bad day at the office! It might only be enough to pay Cristiano Ronaldo’s Al Nassr wages for two days but by most standard’s that’s a pretty serious loss.

In this article, we’ll explain the bet in question, and why it might have appeared such a sure-fire thing at the time the bet was placed. We’ll also consider whether placing wagers like this one, at such short, odds is ever a good idea (hint: perhaps not if you’re risking a million quid!).

The Bet That Cost $1.4 Million 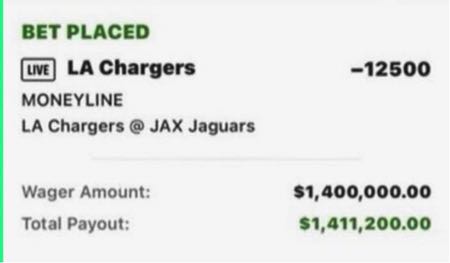 The bet in question was placed on an NFL match early in 2023. More specifically, it was the AFC Wild Card game between the Jacksonville Jaguars and the Los Angeles Chargers, at Jacksonville, on the 14th January that year. The Jaguars got off to a horrendous start and were 17-0 down at the end of the first quarter.

Our luckless bettor wasn’t poised to strike just yet, however. They waited until part-way through the second quarter when the Chargers had muscled their way to a 27-0 lead. Given that teams in the NFL had only overcome bigger deficits to win on four occasions in the history of the game, it would seem a reasonable conclusion to draw that the Chargers were going to win this one. 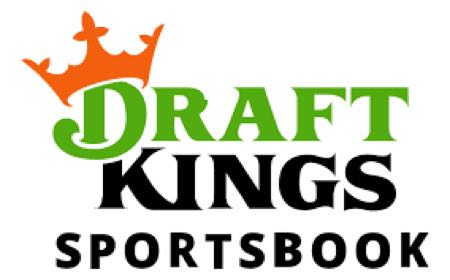 And, that is clearly what our mystery punter felt with all their heart and soul as they placed the following bet:

*Note that -12500 is in the American odds format, which is the equivalent of 1/125 in fractional odds. In decimal odds this price is shorter than most betting exchanges even go, with the major exchanges only offering 1.01, or 1/100, as their shortest price!

The bet was placed with DraftKings Sportsbook, who – according to Sport Business Reporter, Darron Rovell – confirmed the placement of the bet on Twitter.

If the bet came in, once the stake was returned, the bettor only stood to win $11,200! That’s a return of 0.8%, which compared to interest at the bank is pretty decent over just a couple of hours. In addition, it would undoubtedly be a fantastic payout for any average punter, perhaps after a tremendously lucky day at the races.

Even for someone who is super-wealthy, as we certainly hope this punter was, $11,000 is still $11,000! But in this case… well, we can’t imagine the emotions the gambler in question felt as the rest of the game played out. In short, it didn’t go well for him or the Chargers.

The Jaguars Made an Unexpected Comeback

The Jaguars were pathetically bad in the early part of the game and only steadied the ship somewhat towards the end of the second quarter when they at least managed to get some points on the board. At half time the match was 27-7 to the Chargers. But then, no doubt much to the consternation of the now-empty-pocketed gambler, the Jaguars turned the screw in the third quarter, which they won 13-3 to move the score to 30-20. Okay, there was still a little room for manoeuvre but there might have been a fair amount of nail biting going on in Chez Big Bettor!

Alas, when your luck has turned, it can do so in cruel fashion. So it proved as Riley Patterson score a 36-yard field goal on the very final play to secure a 31-30 victory for the Jaguars and utter dismay for the poor (literally and figuratively) person who spanked over a million dollars, chasing a win of a little over 11 grand!

Are Such Comebacks Common?

Just to put into perspective how rare such a comeback is in NFL, here are the biggest deficits overturned to win in the history of the NFL.

As stated, prior to the game in question, a lead of 27 points or more had only ever been overturned five times in the entire history of the NFL. Modern NFL seasons have around 300 games in total so we are talking about a data set of thousands of games (around 16,000 to be a little more precise). As such, we might suggest that an occurrence like this had happened around once every 4,000 games or so… or now more like once every 3,000! 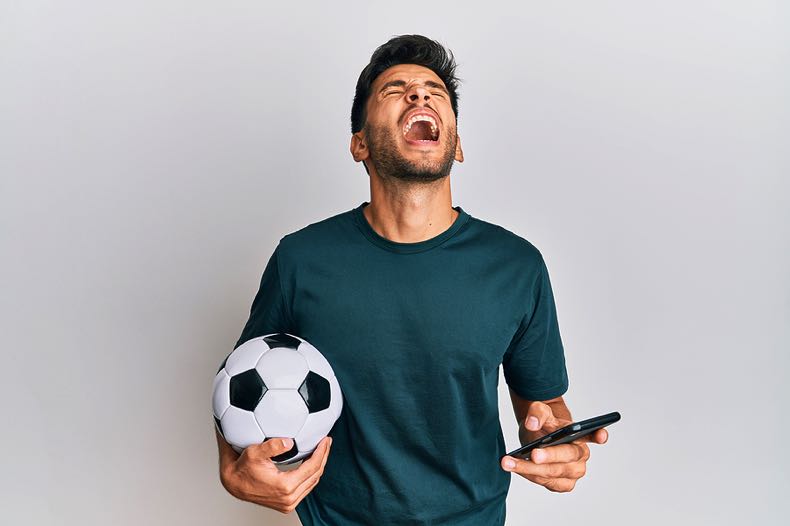 Well, if you are considering placing a bet of around £1,000,000 to earn a few thousand quid, we’d perhaps suggest that the more prudent option would be to deposit it in a reputable bank (especially with interest rates as they are at the time of writing!). The returns might not be as quick but the chance of losing your investment is considerably lower!

Of course, given the tiny margins you could gain on such bets, coupled with the real possibility (see above!) that you could lose your stake, and indeed the time and effort you spend finding and placing such a bet, most people would conclude it’s not worth it. But that is not to say that 1/100 bets are always a bad idea.

It all comes down to value. If the actual probability of a particular event happening is greater than that implied by the bookmaker’s odds for that event happening, you have found a value bet. To give the most obvious example of this concept, bookies take bets on the coin toss that takes place ahead of cricket matches.

The actual probability of a coin toss resulting in a head is exactly 50% (assuming the coin hasn’t been tampered with). So, if bookies offered odds of evens (2.0 in decimal odds), their odds would perfectly reflect the actual probability. If they offer odds of less than evens (which, of course, they always do so they can build in their margin), the bet does not offer value. If, on the other hand, you found a particularly generous or foolish bookie who offered odds greater than evens on heads, you will have found a value bet (though we wish you luck with that one!).

Bookies’ Odds Set for a Reason

The real problem for gamblers though when it comes to searching for value is that assessing the true probability of almost all sporting events is all but impossible. Okay, when it comes to the toss of a coin or something like the chances of landing on a specific number in roulette, things are basically set in stone. But then bookies’ (or casinos’) odds perfectly reflect this and they always ensure they are on the right side of the value line (or they’d swiftly go out of business).

Attempting to calculate the true probability of something like the outcome of a horse race or a football match is fraught with problems. There are simply so many variables to consider, many of which your average punter would have little or no information about (for instance, how a particular horse has been training in the days before a big race or whether a star striker has had a row with his wife and wasn’t in the mood to play at his peak). What’s more, even assuming the punter has worked out the true probability of an event (or as close to it), they still need the bookie setting odds to have got their sums wrong… and that doesn’t happen all that often.

Was the Punter Just Unlucky?

As we have seen, from a purely statistical perspective, considering the history of comebacks of that size, odds of 1/125 were actually good value. Ignoring the specifics of the game in question and going solely on the record books, this is a bet that would have been expected to win around 3,999 times out of 4,000. Over multiple bets that 99.975% strike rate would deliver handsome enough results, even at odds of 1/125, so there could be an argument that, technically speaking, this was actually a good bet!

It is possible that the punter was simply very unlucky and happened to be stung by that one in 4,000 chance. On the other hand, perhaps they missed something specific to this contest that meant a comeback was far more likely than history would suggest. We do not know… we just hope the person who made the bet can afford it!

In short, unless you literally have money to burn (which, to be fair, the person who lost the $1.4 million might well have for all we know), we would certainly advise against betting large sums of cash to gain small returns, even if the bet is in-play and every atom of your being is telling you the game/race/event is over and there’s no possible way things could turn around. Because, just as the unlucky NFL bettor discovered, sometimes the impossible does happen.