Moplay are perhaps not a bookie with whom everyone will be familiar and that is not surprising given that they were only founded in 2018. They were a mobile-focussed (the Mo was for mobile) gaming company that offered a range of betting options, including sports, in-play betting, virtual sports, casino games and a live casino.

You may have noticed we are speaking about them in the past tense as if they have died and, well, sadly for anyone with funds there, they sort of have. Moplay were the first site from Addison Global, a Malta-based company and hopes were high they were going to bring a lot to the table. The site was polished and ticked a lot of boxes, whilst deals with Watford and Man United to act as official betting partners suggested they were well backed financially and here to stay.

Sadly, just a couple of years after opening their metaphorical doors to punters, they are now very much closed for business. The UK Gambling Commission has suspended their license and their own website states:

Please note that MoPlay cannot take any further bets or accept any other gambling activity. If customers have any queries please contact our Solutions team via email support@moplay.com.

The UK license suspension came on the 20th February, meaning Moplay could no longer operate in the UK. That followed a day after the authorities in Gibraltar had revoked their license. On the 22nd February customers began reporting being unable to withdraw funds held by the operator. The site returned the following message:

Due to financial difficulties, we are unable to process withdrawals. We draw your attention to clause 9 of our terms and conditions which refers to the status of funds in the event of insolvency.

What does this mean for punters and what else do we know?

What Happens When a Bookie Goes Bust: Can You Get You Money Back?

Sadly, businesses going bust is a fact of life and we’ve seen far bigger companies that Moplay struggle in these tough economic times. As a matter of fact, we’ve seen bigger, more well-established betting companies go bust; but what happens when a bookie enters insolvency? Can punters access their funds? Are open bets ever likely to be settled and, where relevant, will winnings be paid?

Well, Moplay drew customers’ attention to clause 9 of their terms and conditions (no doubt you’re just like us and read all 20 pages of terms before you joined… yeah right!). The clause to which they refer states the following:

Funds will be held separate from company funds in a mixture of bank accounts and reserve funds which we hold with our payment processors. However, if there was ever a situation where we became insolvent, your funds would not be considered separate to the other company assets and you may not receive all your funds back.

This is obviously very concerning for anyone with funds tied up with Moplay. The Gambling Commission gives more detail about customer protection, explaining that there are three levels of protection funds may receive.

Sites are required to detail what level of protection they offer and this is where Moplay’s clause 9 comes in. The three levels of protection are shown below. Whilst this won’t do Moplay’s customers any favours, the lesson from all of this is that simply betting with a well licensed bookie may not be enough. For the highly risk averse, and especially those who bet large sums, choosing a betting site with at least medium, and ideally high, protection, would seem prudent.

Clause 9 essentially details that Moplay had no extra protection and that customer funds are just part of the total assets of the business. So unfortunately if you held any funds at Moplay, including winnings paid whilst this process is ongoing, you are now essentially in a queue with everyone else that Moplay owes money to. Regrettably experience shows that punters are typically right at the back of that queue and equally that even those at the front are unlikely to get all of their money back.

Whilst betting companies licensed and regulated in the UK must ring-fence customer funds in a separate account, the Gambling Commission explains, “this does not guarantee you will get your money back if the company goes bust.” It may very reasonably be argued that the money being in a separate account is meaningless if that account is not protected and can be treated the same as the other assets the company has. Indeed, it does, to us at least, seem to be something of a box-ticking exercise as opposed to something that really affords punters any worthwhile insurance and a quick glance at social media shows there is plenty of anger in relation to this. 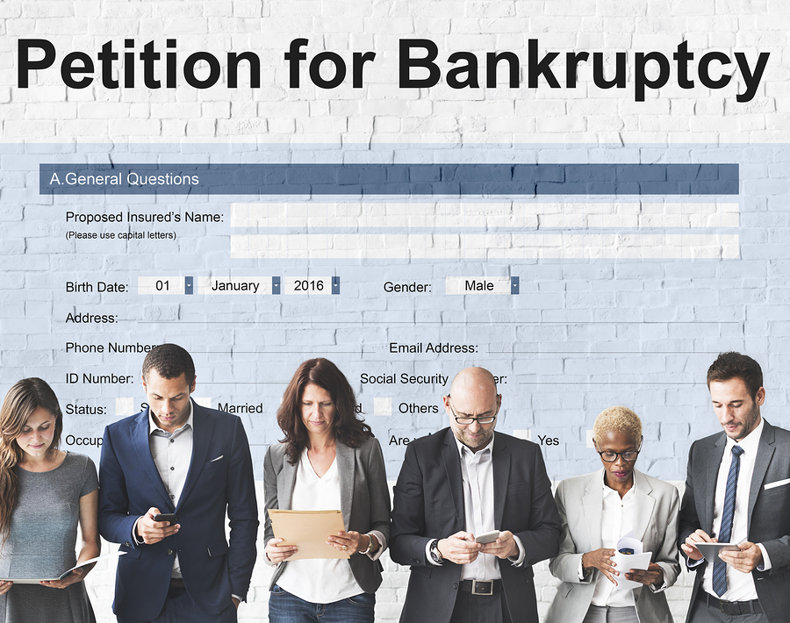 Now that Moplay have declared themselves insolvent there is very little customers can do. Frustratingly, if you have funds in your account or open bets all you can really do is wait. There are two email addresses for Moplay (solutions@moplay.com and support@moplay.com) but in reality we suspect that if you are lucky enough to get an answer from them it won’t be especially helpful or contain too much solid information or any cast iron promises.

When the dust settles, whatever money the company has, or can raise, will be used to pay its creditors. By definition it doesn’t have enough to pay back all of its debts (debts in this case including customer funds and winnings from any live bets) and so that means that some, and possibly most or even all, won’t be repaid, and certainly not repaid in full.

There is an agreed order in which debts are repaid, with creditors ranked depending on what type of debt Moplay has. The Insolvency Act 1986 covers how an insolvent company is liquidated, liquidation being the process of winding up by which a business has its assets sold in order to pay off its debts. Debs are paid in the following order:

Unfortunately customers rank as unsecured creditors and there are many people ahead of them in the queue. Both HMRC and Moplay’s own staff (who may have unpaid wages) rank as preferential creditors and so the sad truth is that customers are likely to miss out.

If you have requested a withdrawal and are still awaiting the funds there is a chance you may get paid. The proverbial seems to have fully hit the fan over the weekend of the 22nd and 23rd February 2020, so if you requested a withdrawal prior to that there is still a slim chance you may get your funds. As with the process of liquidation it is just a case of waiting to see what happens.

We’ll update this post as things develop, whilst you may also receive an email from Moplay or the people handling the winding up.

License Suspensions and Lack of Funding

As we have said, both the Gibraltar and UK licensing authorities suspended Moplay over the last few days. The Gambling Commission stated this was because:

“We have decided to commence a review because we suspect that Addison Global Limited has breached a condition of the licence (section 120(1)(b) and is unsuitable to carry on the licensed activities (section 120(1)(d) of the Act). We consider it appropriate to suspend the licence with immediate effect pending the conclusion of the review.”

Up until Thursday 20th February Moplay were still taking bets but as they had their Gibraltar and UK licenses suspended this stopped. The Gibraltar Licensing Authority explained this was due to a concern Moplay were unable to pay their debts, including to customers.

Moplay, which suffered a huge managerial walkout on the 19th February, have claimed their financial position was due to being let down by backers. Andrew Lyman, Gambling Commissioner and Executive Director with the Government of Gibraltar said:

“It is most disappointing that the promised financial support from the shareholder has failed to materialise, as the firm has not received the financial support it was projected to receive when first licensed”.

We may well never know exactly what happened behind the scenes and what was promised by those financing the operation. What we do know, however, is that Moplay had been extremely aggressive in their marketing. In their short time they offered a range of generous promotions to attract new customers. They also offered affiliate partners attractive deals to promote them and it is believed they owe many of those companies large sums, with one alone said to be owed around £500,000.

In addition to the big welcome offers and generous affiliate deals, the doomed company also, as mentioned, had partnerships with two Premier League football clubs. In an early sign, perhaps, of things to come, Man United started legal proceedings against the gaming firm last September and Watford followed suit. 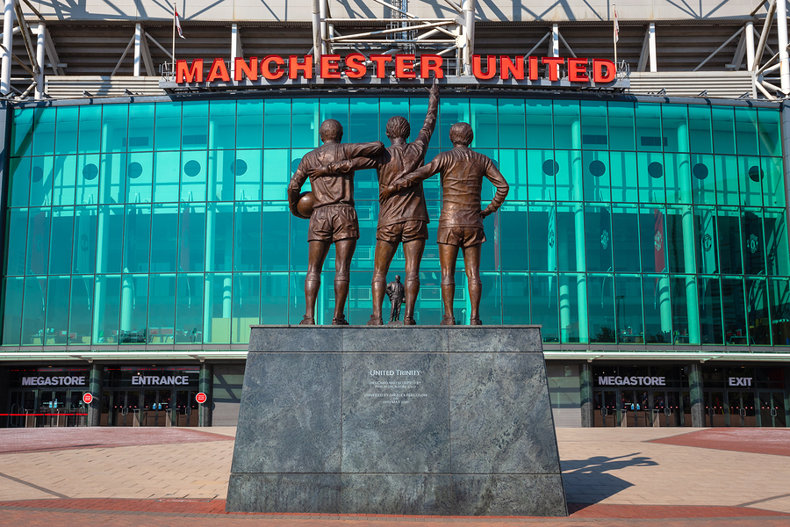 These issues actually date back even further, to 28th February 2019, when Moplay owner, Addison, failed to make a payment of almost £1m which was an installment as part of their deal with United to be the club’s official betting partner.

Following the failure to make these scheduled payments the deal was annulled and United say that made Moplay liable for the full amount of the sponsorship agreement, 8.75% interest (a rather handsome rate indeed!) and legal costs.

The position with Watford is similar and overall this is potentially more bad news for any Moplay customers. With United and Watford both eager to extract every penny they can from Moplay and their related businesses, the chances of the humble punter look even slimmer. It’s fair to say Man United have a robust legal team but even they may struggle to extract an eight-figure sum from this sinking ship.