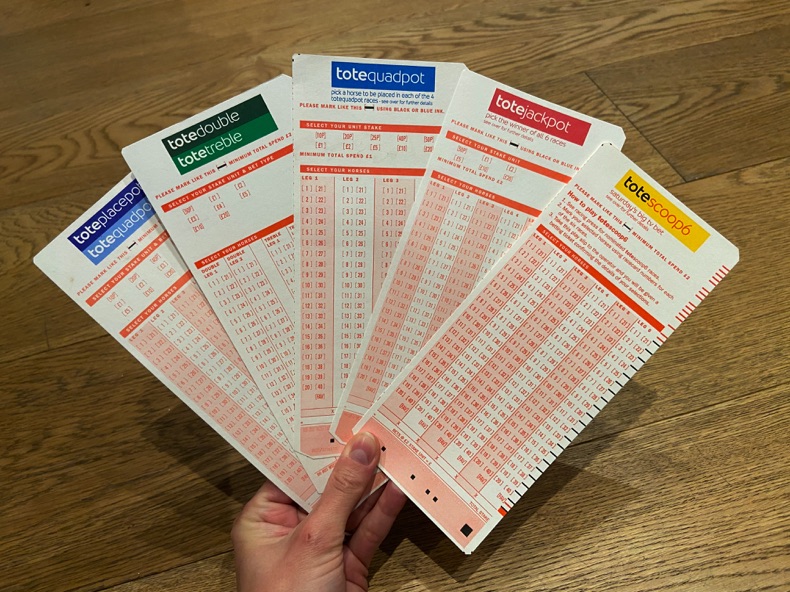 The British government hasn’t always had an easy relationship with bookmaking. Whilst some enterprising types have taken bets on the outcome of horse races for hundreds of years, it wasn’t until 1961 that betting shops on the high street were finally legalised.

Before the 1960s, betting was only allowed in Britain under strict licencing conditions at race tracks. Despite treating bookmaking with a certain degree of distance, the government was actually a player in the market courtesy of the Tote which was set up (under the name of the Horserace Totalisator Board) and owned by the state in 1928. You might recognise the name of the man who set it up… it was none other than Winston Churchill!

Much has changed with the Tote subsequently being privatised (it was sold to Betfred in 2011) and other companies being allowed to offer pool betting (or pari-mutuel betting) on the horses. The real thrill of Totepool betting is the chance to win some seriously big prizes. Several millionaires have been created via the Tote and that opportunity is as great now as it ever was.

But what is the best way to approach your Totepool betting? What strategies should you employ and what considerations should you make to give yourself the best chance of winning big? That is exactly what we have examined right here. 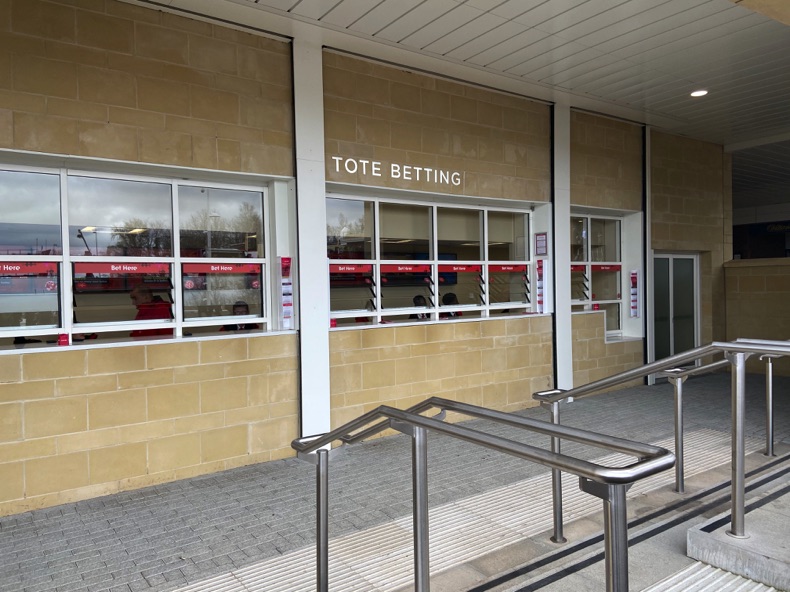 The returns for winning bets are calculated based purely on the amount of money placed on each horse. For example, if £500 of £5,000 total bets was placed on the winner, all those who backed the winner would receive £10 for every £1 staked (£5,000 / £500 = £10). In practice the returns would be slightly less than that as the operators of the Tote take a percentage for their overall takings and running costs.

In effect, betting on the Tote requires punters to take the Starting Price when backing a horse, which isn’t ideal in every situation but odds comparisons show that winnings with the Tote are comparable to a fixed odds bookmaker and sometimes even better value. Some punters also like the extra thrill that comes when the dividend on their winner is announced after the race. Though that can either disappoint or delight.

Multiples Are Where It’s At

Betting on the Tote takes a number of different forms. For just a single horse race it is possible to bet on a horse to win, on a horse to place, or on which horses will be the first two or three home – the Tote Exacta and Tote Trifecta respectively.

The real joy and opportunity of Tote betting, however, comes with betting on multiple horses across one or more meetings.

Even if you have never taken part in any Totepool betting before, some of the names will doubtless be familiar to you. Racing punters and pundits will often talk about Quadpot, the Placepot or the Scoop6. The table below sets out the main differences between these Totepool bets.

The Tote Jackpot and Scoop6 are the most popular forms of Totepool betting as the rewards for predicting all six winners are potentially huge. The Scoop6 in particular has proven to be a remarkable win for previous punters.

Which Strategies Can Help to Maximise Totepool Returns? 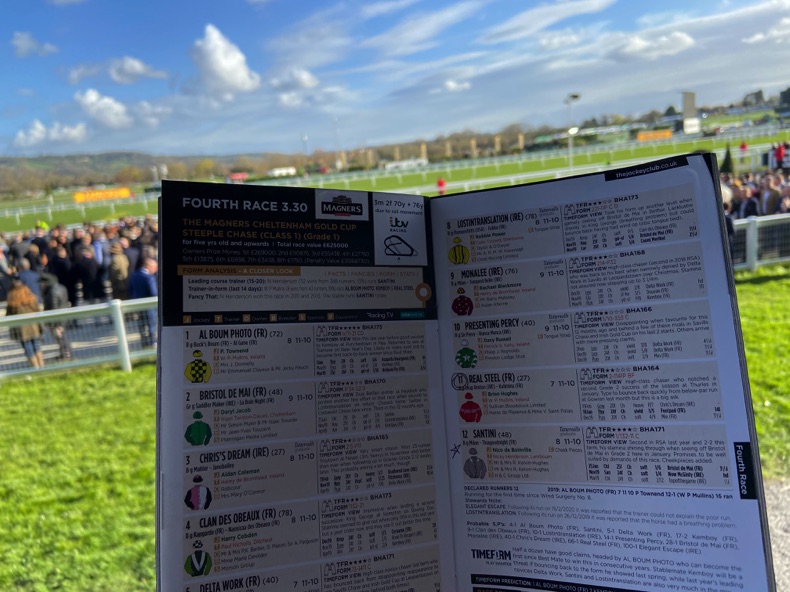 Now that you understand how Tote betting works and the various options available, it is time to dig deeper into the strategies and knowledge required to give you the best chance of winning one of the big prizes on offer.

From taking risks at the right time to not always going with the crowd and understanding the subtle differences between Jackpots and Placepots, there are several elements to be aware of.

It Can Pay to Go Against the Grain

All betting markets are fluid. Even with a fixed odds betting market, the odds will move subject to the weight of money from punters.

This shifting movement is more pronounced with Tote betting though where the odds at which you are ultimately paid out depends directly on how many others have backed the same horse. For that reason, it can often pay to go against the horses at the top of the market.

Take a typical Saturday afternoon for example where the Scoop6 is proving popular among more casual punters. Predicting the winner of six races is a very difficult task and many people, when unsure of who will win a race, will default to backing either the favourite or the second favourite.

The trick is being able to spot a vulnerable favourite and/or an outsider with a better chance of winning than the odds suggest. Clearly, going against the market comes with a certain amount of extra risk but the potential rewards are potentially doubled – the bet stays alive and there are fewer other people to share the pot with. Odds comparisons actually show that punters get better odds on horses more often than not on outsiders (specifically, at odds of 10/1 or higher) simply due to the nature of pool betting.

Spotting horses who have been largely missed by the rest of the market isn’t only a skill in terms of multiples Tote bets. Placing a favourite with one or two tempting outsiders in a Combination Exacta or Trifecta is a great way of winning big from just one race.

Be Careful Trying to Perm Your Way to Success

The Scoop6 is the biggest Totepool betting option of the week in racing. It is usually saved for the biggest meetings (often on Saturdays) but is used more frequently when there’s a big meeting such as the Cheltenham Festival or Royal Ascot.

One element of the Scoop6 that you must be aware of is the minimum stake of £2 per bet. That isn’t a large bet by most people’s standards but it is bigger than the acceptable stakes on other Totepool pots. There is, however, a way of staking more than £2 in the Scoop6 and at the same time increasing your chances: the option known as perming.

Let us say you are having a go at the Scoop6 on a Saturday morning, you have picked out a horse to win five of the races to win but cannot decide between two horses for the sixth race. It is possible to back both horses in two different lines. That way, if either win, you will win one or other of your Scoop6 lines.

Perming multiple selections for different legs gives you a better chance of landing the big jackpot but it will cost you. You will see how much adding multiple lines will cost when placing your bet but the formula for working this out is a simple one.

All you need to do is multiply the stake by the number of selections. Taking the Jackpot example above of five straight bets followed by two selections for the sixth race would look like this:

Including multiple different lines is generally a good idea unless you are very certain about which horses are going to win. A word of warning though, the total stake can quickly add up. Take the examples below.

Striking the right balance between having the right bases covered in terms of potential winners and not allowing the total stake to run away is a considerable skill to have when it comes to Totepool betting. Remember, no matter how many lines you place, only one can win the Jackpot or Scoop6 so the cost of perming too many different selections quickly eats into any potential net wins.

The trick is to carefully pick the races for which to include multiple lines. It makes much more sense to cover two or three horses in a 20 runner handicap steeplechase than in a five runner hurdle which features a strong favourite.

So far we have focused on Totepool bets which concern correctly predicting race winners. As we saw above though, that is just one part of Totepool betting.

The Placepot is another hugely popular option amongst racing fans. It too gives punters the chance to win big from small stakes but doesn’t demand backing the winner of every race. Rather, you win the Placepot by correcting naming horses to finish inside the places of six races from a given meeting.

There are a couple of very important pieces of information you need to take careful note of when completing a Placepot. The first is which races are being used (it is usually the first six on a card but not always) and the second is the number of runners in each race as this affects the number of places as shown in the table below.

The chances of winning the Placepot are better than the Jackpot but the rewards can still be significant. That is why this is such a popular bet type, but to have the best chance of winning it is important to treat the bet in a different way to a Jackpot.

It often makes even more sense to avoid backing the favourites with the Placepot as the bet’s popularity leads to a lot of so-called ‘blind’ bets where punters simply back the bookies’ favourite. Taking a different path to the masses can see winners return at more generous odds.

When looking for potential outsiders to support for your Placepot bets, statistics such as course and distance form and form on the current going can play a more important role than if you were backing the winner, especially when there are three or four places up for grabs in a race.

It is common for a horse to run better at one or two tracks than at others, making their chances of finishing in the places bigger than the odds might otherwise suggest. Similarly, a proven stayer may be able to battle on to claim a place in a big field handicap without necessarily having the class to win the race, especially on softer ground.

On first glance, the Placepot operates the same as a Jackpot or Scoop6 but with the extra insurance of multiple places. It is more complicated than that though and understanding how the differences play out is vitally important when it comes to maximising your chances of returning a net win.