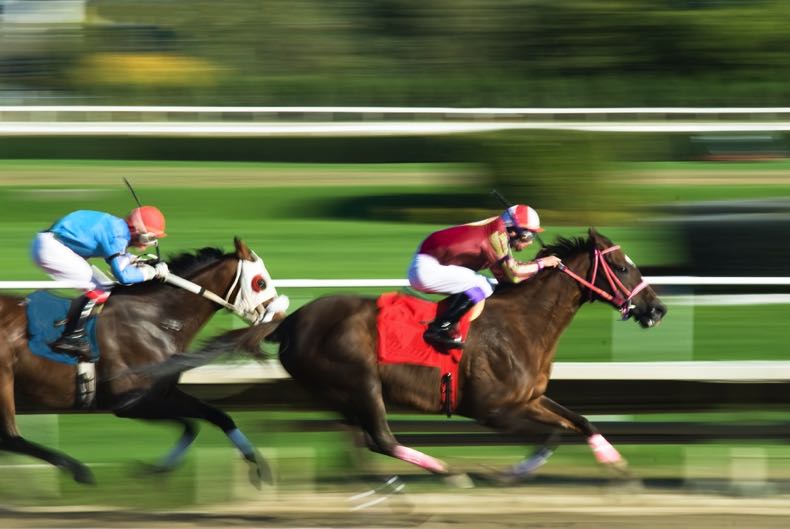 Very few businesses have remained unaffected by the events of 2020, including those in the horse racing sector. Recent news would suggest that Welsh racecourses are now beginning to fall firmly into the most “at-risk” category.

But, how realistic is this assessment? Here we take a look into the background which has led to this situation, and why the picture being painted in Wales is so bleak in comparison to that of the English tracks.

The COVID-19 pandemic has of course taken a heavy toll on the nation, most tragically from a health perspective, but also upon the economy. You only need to look at the retail sector for evidence, with Debenhams and the Arcadia Group being two high profile examples of companies who have run into severe difficulties. The troubles are not limited to retail though, with the hospitality and travel sectors being other examples of industries upon whom the virus has exacted a heavy toll.

The root cause of these problems is all too obvious. Many areas of the British Isles – and indeed the world – have spent a significant chunk of the year in lockdown mode, so many businesses have effectively been forced to close their doors to the public. No paying customers means no – or at least a significantly reduced – income, with predictably dire consequences for many.

How Has Racing Been Affected?

The sporting world has not been exempt from the effects of the virus, of course, or the protocols put in place to slow its spread. The temporary suspension of the Premier League season may have been the highest-profile example, but the Premier League does have the astronomical TV money to fall back upon, and other sports have arguably been hit harder, with horse racing being a prime example.

Between the 16th of March and 31st of May, there was no racing at all in the British Isles, and whilst the season has now thankfully resumed, and continued, the situation is still a far cry from the norm.

Owners, trainers, jockeys and the media have all done their bit to keep the show on the road, but income has understandably taken a hit. For the connections of the horses, this has come in the form of reduced prize money, but for the tracks themselves, it has been the lack of patronage which has become the major concern.

Seeing the major and minor meetings take place on courses resembling a ghost town is certainly a surreal experience, but it is not only the atmosphere that the tracks miss. Due to the money from media rights and sponsorship, racing may not rely quite so heavily on the paying punters as say a high street clothes shop for example, but spectator spend does nevertheless represent a significant chunk of income at all tracks.

The exact percentage of revenue which relies upon paying patrons varies widely in media reports – from 35%, and all the way up to 80% – but a recent report produced by the Racecourse Association provides an informative guide as to how Britain’s courses make their money.

Cost to the Industry

How much exactly has the situation since March been costing the racing industry? Quite a lot is the answer, with the latest estimates suggesting that British tracks have now lost in the region of £300 million in revenue since the pandemic really took hold. When other factors are also considered, such as the reported industry-wide loss of £12.5 million per month due to betting shop closures, and the threat of proposed gambling reforms affecting the value of future media rights deals, then it is not hard to imagine that racetracks are beginning to seriously feel the pinch.

All tracks, both big and small – and even a small racetrack still represents a relatively large space – have significant overheads in terms of rent, building maintenance, utility bills and so on. All of which must still be met regardless of whether the punters are coming through the doors or not. The longer the stands lie empty on race-day, the longer these tracks are likely to remain in, or close to, survival mode.

Light at the End of the Tunnel

Thankfully, in English racing at least, things may now be looking up. On the 23rd of November, 2020, Boris Johnson announced that from the 2nd of December – following an absence of 261 days – racegoers would, at long last, be welcomed back onto English racecourses – albeit in limited numbers.

Under the English three-tier COVID-19 severity assessment scale, those tracks located in a tier 1 region would be permitted to admit up to 4,000 racegoers to their courses, with those in tier 2 allowed to cater to a maximum of 2,000. Those in tier 3 areas would, however, remain closed to the public. It came as a welcome announcement, and one that has been enthusiastically taken up by racing fans – with the tickets available for Sandown’s Tingle Creek meeting selling out in only 17 minutes.

In a further boost to the industry, it was also announced that English tracks would be able to access a £40 million fund in order to help tide them over, with £2 million being made available to the five tracks north of the border in Scotland – a contribution described as vital by a number of racecourse operators.

… But Not in Wales

The devolved governments are, of course, free to make their own decisions in these matters, and the news in Wales has not been so positive. In the absence of a three-tier system, such as that which is in place in England, the Welsh government has opted to err on the side of caution and effectively place the entire country under restrictions equivalent to those areas of tier 3 in England. All of which means that whilst a number of the English tracks are now getting back into the swing of the fans being in attendance, for the three Welsh racecourses of Bangor, Ffos Las and Chepstow, that 261-day ticker just keeps on ticking over.

It was on the very day that racegoers first returned to English tracks (2nd December) that the Welsh government announced spectators would not be allowed to attend any racing events – or indeed any other sporting event in the country – until early 2021, with February being touted as the earliest occasion when this situation may be reviewed. This was certainly not the news the Welsh racecourse operators wanted to hear!

The Effect on Welsh Tracks

Should this early February date for the potential return of fans be adhered to, then a total of seven further fixtures will be affected – three at Chepstow, and two apiece at Bangor and Ffos Las. Now that may not sound like too many, but it must be remembered that all three tracks have now effectively been racing behind closed doors, and there is really only so long that any business can go on without having paying customers coming through the doors.

This latest announcement is bad news for each of the Welsh tracks, but for Chepstow, in particular, it couldn’t have come at a worse time. Many racecourses have their flagship race days, and for Chepstow the standout event of the season – and by some distance too – is Welsh Grand National Day. Unfortunately for the Monmouthshire venue, this traditional highlight of the festive season falls on the 27th of December – a fair while before the government is reportedly even willing to consider reviewing its current stance.

Clearly, Chepstow would not have hoped to sell out its 12,000 capacity this year, but ticket sales and the related race day expenditure from even 2,000 spectators would have come as a significant boost at the time the track needs it most. Many will point to the fact that Chepstow has survived the abandonment of its signature meeting due to the weather on numerous occasions, but never has it been asked to do so against a financial backdrop quite as bleak as this!

At Ffos Las meanwhile, the role which the spectators play in the track’s business model is well-illustrated by the fact that the course initially deemed it not to even be worth opening to stage races behind closed doors. Ffos Las has ultimately now resumed racing, and along with Chepstow does have the potential advantage of belonging to the larger Arena Racing Company, which also operates 14 tracks across the border in England.

Falling under this larger umbrella, the two Welsh venues may be protected to an extent should the financial situation of those English tracks improve. It does nevertheless seem unlikely that Arena Racing would be able to prop up either track indefinitely.

Less protected in this manner is the smallest of the three Welsh venues, the quaint track of Bangor on Dee. This course, which lies close to Wrexham, is grouped with Chester under the Chester Race Company banner, and recent comments from the company’s chief executive suggested that the return of crowds may be essential to the track’s survival.

CE Richard Thomas stated, “Be absolutely sure, if crowds don’t come back there are going to be a huge number of sporting organisations that won’t be here next year”, and he continued, “That will include racecourses and football clubs because none of us can survive without crowds.” He certainly spoke with an ominous tone. 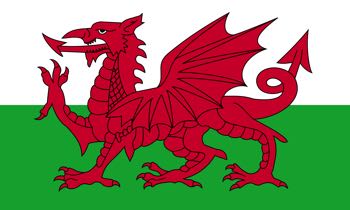 The Welsh sporting bodies predictably aren’t taking the differing, and detrimental, rules which apply in their nation lying down and a letter signed by representatives from Welsh Racing, football, rugby and cricket, amongst others, has urged the government to reconsider its position.

The points of this letter centre not only upon the fact that spectators are not yet allowed back into the sporting grounds – although this must be particularly galling to fans and operators who merely have to look across the border in order to see crowds in attendance once again – but also the fact that there does not even seem to even to be any clear plan in place as to when and how fans may be permitted to return in the future.

Such plans do seem to have been drawn up for other sectors – providing businesses with hope and an ability to produce more detailed business plans – so why not in racing? The Welsh racing and sporting world awaits an updated announcement with bated breath.

Is Welsh Racing at Risk of Closure?

The answer to that is that yes, the risk is certainly there, and it increases in magnitude the longer the current situation goes on. However, it must be noted that whilst Ffos Las only opened in 2009, Chepstow and Bangor have been around since 1926 and 1859 respectively, and, as such, have survived World Wars and financial crises in the past.

Nevertheless, if the COVID-19 pandemic is to claim a British racecourse amongst its victims, the continuing lack of spectators, or a detailed plan of action, would suggest that it is most likely to be one, or all, of the Welsh courses. For the many employed in the industry, the significant contribution that racing makes to the economy, and the Welsh sporting landscape as a whole, let us hope that this situation does not come to pass.