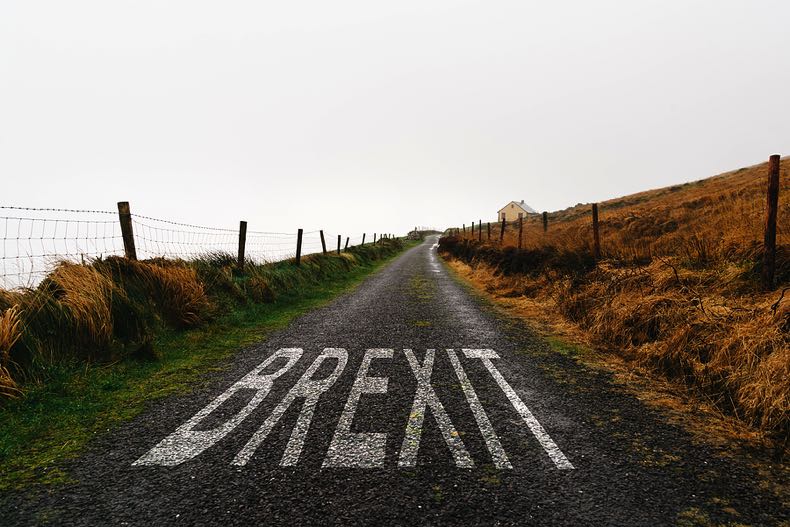 Not so long ago, Brexit dominated all the headlines in the UK and Europe. Few thought it would pale into near insignificance in the light of an even bigger news story in 2020, but that’s what a global health crisis does. That didn’t stop the UK government (finally) managing to “get Brexit done”… whatever that actually means. But now the UK has officially left the EU, the single market and the customs union, and reached an agreement on the future relationship with their former EU partners, what does it mean for horse racing?

For many people, the idea that Brexit would affect horse racing at all would come as a surprise. Other industries, such as fishing, farming and car manufacturing (with the potential disruption to their just-in-time manufacturing processes), have been much more in the public eye. But horse racing in the UK relies on the regular movement of people and, unsurprisingly and rather crucially, horses from Ireland, France and other countries. But with the end of the free movement of people now the UK is going it alone, as well as a raft of potentially divergent policies on the movement of animals, could Brexit cause serious problems for trainers, race meetings and the industry as a whole?

In this article, we’ll take a look at some of the potential problems that could be in store for horse racing as a result of the UK leaving the EU. We’ll also discuss the implications such issues might have, for instance whether Brexit will affect the quality of horses, jockeys and trainers attending the biggest meetings like the Cheltenham Festival.

What Problems Could Brexit Cause for Horse Racing? 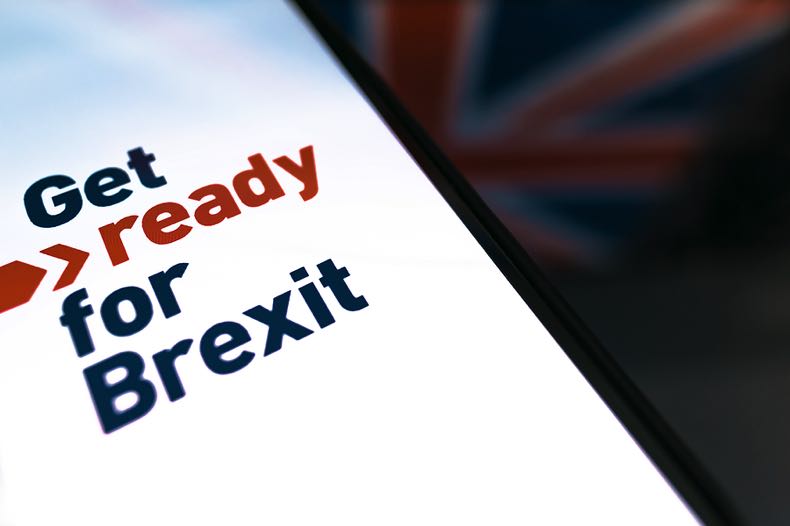 Let’s delve into each of these in turn and attempt to establish whether these concerns could materialise or whether they are simply scare stories put out there by people trying to paint Brexit in a bad light at every opportunity. 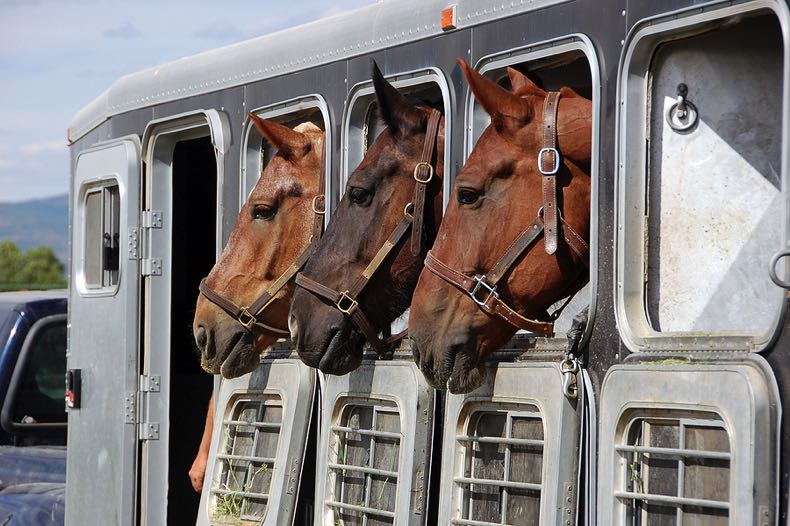 Restrictions in relation to the movement of goods and indeed people were discussed and debated all the way through the protracted Brexit negotiations in full view of the public. However, possible restrictions on the movement of horses (and indeed other animals) didn’t make the headlines quite so often. But according to the British Horseracing Authority, the governing body for horse racing in the UK, there are new rules in place in relation to importing horses to the UK from EU countries and exporting horses from the UK to the various EU nations. Part of the information states, “The advice of the Thoroughbred Industries Brexit Steering Group at this stage is to seek professional assistance when looking to move horses,” which is not particularly helpful to those seeking to buy or sell horses. It would certainly mean extra costs and paperwork, but what do the new rules actually say?

Well, far be it from us to attempt to paraphrase a 300+ page Government document, but essentially there is a stay of execution when it comes to some rules while others have already come into force. In relation to horses, it states that most of the rules will not change until July 2021. Such rules would include the need for horses coming to the UK from EU countries to enter via “an established point of entry with an appropriate Border Control Post”.

Other rules though, such as the requirement for horses coming into the UK to be accompanied by an Export Health Certificate (EHC) came into force from January 2021. There are further requirements for the blood testing of horses to screen for various illnesses or infections. A range of extra paperwork (such as pre-notification forms) must also be completed in advance of any import of a horse.

When it comes to exporting, the rules are essentially reciprocal, so horses being sold from the UK to EU countries must also be accompanied by an EHC, they must undergo the same blood testing and various pre-notifications must be completed in advance.

Can Horses Travel Between the UK & EU for Race Meetings?

In a word, yes. Horses will still be able to travel to meetings in the UK from the EU and vice versa, but there will a fair bit more red tape to negotiate for owners and trainers. There is a new law, the EU Animal Health Law, that is set to come into force in April 2021 that outlines the various requirements that must be met if someone wants to move horses between the UK and the EU.

We are no European legal eagles, but upon inspection of the consolidated text of the new EU law, it appears that each horse that travels into the EU from the UK would require its own unique code that is recorded on a specific database, various identification documents must be up to date, as well as the EHC mentioned above and notifications of planned movements. In other words, a whole lot of paperwork. Wasn’t Brexit meant to reduce paperwork, red tape and bureaucracy?

To be fair, this legislation was set to supersede the previous legislation whether or not Brexit had gone ahead, according to the BHA. But horses coming the other way, for example, from Ireland to the UK, will face reciprocal regulations and requirements. At the time of writing, there is lobbying taking place to establish some exemptions for the horse racing industry but as of January 2021, nothing substantial has been put in place.

As such, those seeking to move horses from the UK to compete in races in EU countries from April, and those seeking to move horses from EU countries to compete in the UK from July will face additional checks, paperwork and – assuming they seek legal or other professional advice – expense. Whether all this will cause enough of a headache to put owners and trainers off competing away from their own shores, remains to be seen. It will be easier for the bigger operations, of course, but some of the smaller yards might find it all a little overwhelming and not financially viable.

What About the Movement of Jockeys & Trainers?

When it comes to the movement of people, for instance Irish jockeys and trainers coming to the UK to compete at horse racing meetings, things are little more straightforward. If EU citizens were resident in the UK prior to 31st December 2020, they are able to apply for “settled status” in the UK. This must be done before 30th June 2021 and, if accepted, they will be able to live and work in the UK just as they would have when the UK was still a full member of the EU.

But what of EU citizens who reside in, for instance, Ireland? Well, there is a route through what is termed “Frontier Workers” regulations. This would apply to people from the EU who had worked in the UK prior to 31st December 2020 but who were not resident in the UK. Assuming they fulfil various criteria they would be able to apply for a Frontier Work Permit to allow them to continue to work in the UK while residing in the EU. This might be an option for Irish jockeys and trainers, for instance, who might live in Ireland but regularly attend meetings in the UK.

If an EU citizen meets the criteria for neither of the above options, they may need to apply under the points-based system, such as the Skilled Worker Route. It is possible that stable workers might qualify under this system, but they would need to earn at least £25,600, which seems highly unlikely unless the stable owners are particularly generous.

When it comes to the biggest names in racing, there are usually ways for them to adhere to immigration rules without too much disruption as they are able to afford the best legal advice. Again, when it comes to the smaller operations, it could be a very different matter.

How Will Brexit Affect the Financial Side of Horse Racing? 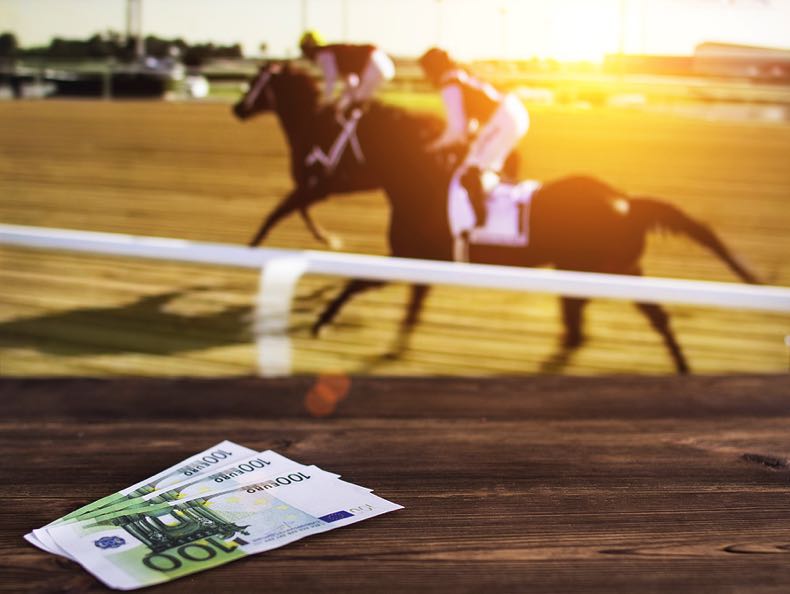 One of the primary concerns of many in the horse racing industry, including some of the biggest names in the game, is whether Brexit will lead to extra taxation for owners, trainers and jockeys. One big problem is that horses are classed as “goods” even if they are not intended to be sold.

That means that if someone brings a horse from Ireland (the EU) to the UK to compete at a race meeting, they would technically be liable to pay VAT on the value of the good (i.e. the horse). Though this could be reimbursed on the ground that it would be a “temporary importation” (assuming it returns to the EU within 24 months), in theory, the owners/trainers would still be stung with the bill and then have to apply for a refund. Again, even though this may not directly increase long term costs, in the short term it would damage cash flow and certainly create a lot of extra admin and paperwork.

There has been talk that such issues could be ironed out to alleviate the need to pay such VAT only to apply for a refund. What’s more, the initial signs have been good, with trainers reporting no issues. None the less, at the time of writing there is nothing set in stone to fully quash the fears of trainers and owners. A Jockey Club spokesperson said:

We are well aware of the current issues of bringing horses into the country from Ireland and are exploring ways to help to minimise the difficulties encountered by Irish owners and trainers. This includes working with the various authorities, including HRI, to seek to resolve financial burdens, including VAT costs.

Whether such exploration and discussions will result in meaningful exemptions for the horse racing industry remains to be seen. And no doubt there will be representatives from many industries attempting to seek their own exemptions from rules that have arisen from Brexit, so it might not happen too quickly.

In summary, Brexit is something that the horse racing industry could have well done without, especially on top of all the extra burdens and issues of the pandemic. Due to the massive reduction in income as a result of the pandemic, prize money has been cut drastically in many cases. This in turn has already made it less attractive for many owners and trainers to travel from Ireland and France to UK meetings. So, the added administrative burden – and potentially hefty tax bills – that have arisen with Brexit is only likely to reduce the likelihood EU connections will make the trip to the UK other than for the very biggest meetings.

Just as in other industries, the biggest horse racing operations are likely to be the ones with the resources to live with or mitigate any new regulations that arise due to Brexit. It will no doubt be the smaller operations who suffer the most, the ones who are unable to afford the services of Customs Agents or top lawyers. The upshot of that is likely to be a greater dominance for the operations who already enjoy the lion’s share of success. In addition, smaller meetings are less likely to attract the brightest and best from Ireland or France as they weigh up the costs and potential benefits and realise it isn’t worth the hassle and expense.

We are hopeful that there will be exemptions negotiated at some point and added to the various legislation in relation to horse racing as a special case. But there is no doubt that the next few months will be very much a case of playing it by ear, and trial and error. The coming months and maybe even years will be very difficult to negotiate for many trainers, owners and jockeys who have already had to deal with a year of uncertainty and reduced earnings.