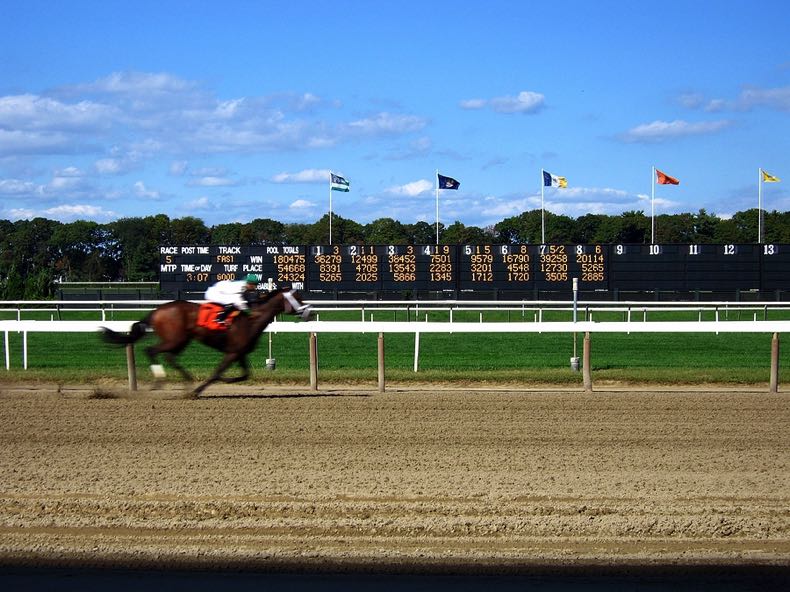 Marking a significant shift in position, the SPRC (Starting Price Regulatory Commission) announced in March 2021 that, moving forwards, starting prices for horse races will mainly be taken from off-course prices. Traditionally, the commission had always turned to on-course prices for this purpose but for a variety of reasons, this is no longer deemed to be the best approach.

In this article, we will examine what changes have been made, the reasons behind them, and the impact they will have. First, however, we will provide you with a brief overview of what the ‘starting price’ is and why it exists in the world of horse racing.

What Is the ‘Starting Price’?

For the uninitiated, the ‘starting price’ simply refers to the odds a horse is trading at the moment the race they are involved in begins. Put even more succinctly, it is the price of a horse when the race starts. Starting prices (SPs) have been set based on information from on-course bookmakers since as early as the 18th century.

Into the modern era and the SP became increasingly important as more and more punters began placing bets away from the course, for example, at their local bookies and later over the telephone and through internet betting sites. This sparked the creation of the Starting Price Liaison Committee in 1994, which eventually became the SPRC in 2004.

Why Is the Starting Price Important?

You might be asking, why is this starting price important? I always know what odds I’m getting when placing my horse racing bets. Although fixed-odds betting is a popular way to bet, other punters choose to place money on a horse based on the starting price. This is often the only means of placing a bet on smaller races that are not scheduled for the same day. If placing an SP bet, having a monitored and regulated SP price ensure punters get genuinely fair value for money should they back a winner.

Another reason the SP is important is that most major bookies operate a ‘best odds guarantee’ policy. What this means is that if you place a winning real money single or each way bet on a British horse race at lower odds than the SP odds, the bookie will pay out at the SP price.

As such, if you put £5 on the winner of the 13:30 at Ascot @ 10/1 but it sets off in the race at odds of 14/1, you would receive £75 (including your initial stake) rather than £55 (including your initial stake). Just bear in mind there is no standardised ‘best odds guarantee’ policy and many bookies operate in slightly different ways. Often you need to place your bet on the day of the race in order to qualify.

How Is the SP Calculation Changing & Why?

Although you can blame the global health crisis of 2020 and beyond for the change in the SP calculation, it only really accelerated the inevitable. In 2015, a policy review found that 15% of betting turnover on racing occurred on-course. For the 12 months prior to March 2020, however, the rate had dropped to a mere 1.4%.

It would be wrong to assume this was because of a large drop in racecourse attendances, but rather that lots of racegoers now end up betting via their smartphones. Whether partly responsible or more a consequence of this, many smaller race meetings only see three or four on-course bookies. This poses a real challenge for SP calculations and one that would only have become worse with time.

Forced into action due to course closures across the nation, the SPRC decided to embrace modern technology and change their approach. They began calculating SPs using off-course odds, rather than on-course.

They did so by liaising with major bookmakers, such as: William Hill, Ladbrokes/Coral, Betfair/Paddy Power, Unibet, Betfred, Sky Bet and Boylesports. Happy with how this new approach went, the SPRC will be sticking with this system moving forwards even when racecourses are back open to the public.

How Does the New System Work?

The bookies mentioned above will transmit data to PA (formerly the Press Association) which is then sent to the ‘bookmaker’s basket’ within a new bespoke system. From here, the SPRC can select a sample of the bookmaker odds in accordance with their standard procedures. By this, we mean that they will first prioritise odds that come from a bookie not offering enhanced terms; for example, additional places on each way bets.

Inside the PA’s office, their racing data staff (RDS) share their screen with a starting price validator (SPV). The pair work in conjunction to set appropriate SP values as well as monitor all transmitted prices. If there is an error, or a delay, a particularly bookmaker can simply be removed from the sample. The RDS and SPV remain in constant communication prior to and during the race through a shared screen.

Is the New System Working Well?

Initial data shows that the new system of off-course-based SP calculations has largely been a success. This has helped to calm concerns from some punters that they would be left worse-off as a result of these changes. The main fear was that bookies would begin to take a larger margin (overround) for themselves. The higher the overround, the higher the bookies’ theoretical margins.

Extensive data analysis from the SPRC reveals that, although there are fluctuations with overround amounts monthly, the general trends are promising. Per runner and per race, overrounds in 2020 were slightly smaller than they were in the corresponding races taking place in 2019. In five of the six months reviewed, combined overrounds of the first three horses in the betting were also lower.

From this data, it is clear that the bookies are not attempting to squeeze their prices due to being included in the SP calculations. But, how do new off-course SP prices compare to the on-course SP prices of old? Here the picture is rather mixed. Comparison analysis carried out by Steve Tilly revealed three key findings.

The new calculations typically favour the bettor on horses priced 12/1 and larger, particularly towards the upper end (40/1 upwards). Between 4/1 and 9/1, there is a minimal difference although the off-course SP is marginally worse for the bettor. Only in cases where the prices are shorter than 5/4 has the punter proved to be substantially worse off, on average, by the recent change.

Another early concern from punters was that the new off-course system was more suspectable to bookie manipulation. The risk of this happening appears minimal, however. Validators based at PA are on hand to check any differences between the prices they receive and the prices advertised on a bookies’ website.

Although, in theory, a bookie could report a lower price, they would very likely be caught out. Even if they claimed to report it accidentally, a price outside the normal range would simply be excluded from the sample. So, it is fairly safe to say that a bookie will not be risking their reputation for what is only a chance of a minor gain.

Clearly, it is very difficult for one bookie to manipulate the system but how about if they all conspired together in order to drive down the SP? The SPRC cannot themselves deem how likely a risk this is but they are confident that the Gambling Commission or relevant competition authorities would quickly catch wind of this. Ultimately, this is not something you should worry about given the figures show the new system is a success and that customers are not being exploited.

The End of On-Course SP?

The SPRC has always hoped that even when modernising their system, SP calculations would retain some on-course influence. Doing so, if nothing else, would allow them to easily see if racecourse overrounds were notably smaller (or larger) than those present off-course. This is why they announced that their future plans involve “mainly” using off-course prices as opposed to completely.

Although the SPRC has made it clear that their aim is to have an on-course element in their SP calculations, technological and financial barriers need to be overcome. In their March 2021 press release, it was revealed that no funding has been secured for incorporating new technology that would allow a dual calculation.

However, Betting and Gaming Council members have indicated that there would be scope to cover developmental costs. Should the plans eventual progress, the idea is that on-course prices would be used as a single contributor to the sample, handed the same weight as any individual off-course bookmaker, so 10-12.5%. This would be a substantial involvement given that even before the strange health-crisis-related times, they contributed less than 2% of betting turnover.

As always, the system for calculating SP will be under constant review from the SPRC. For now, it looks like off-course prices will solely determine the SP but do not rule out an on-course element appearing in the near future.

Whatever adjustments are made to the system, checks and balances are in place to ensure that punters do not end up worse off. The SPRC would find it extremely difficult to justify any permanent change to the system if it proved detrimental to punters.