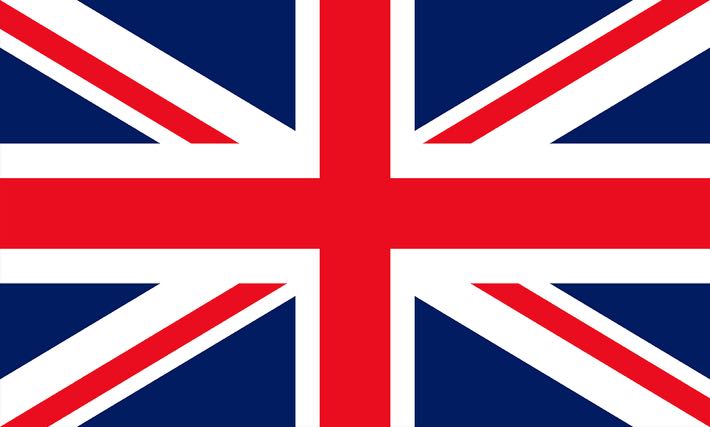 The four home nations: England, Wales, Scotland and Northern Ireland have all tasted life at the World Cup, but some far more often than others. How exactly do they stack up against each other in terms of their success on the world stage?

Well, that is exactly what we will be investigating ahead of the Qatar 2022 World Cup, as we rank each nation by their World Cup finals performances. This dig into the archives will take us all the way back to 1950s. We need not go any further than this because all the Home Nations were excluded from the 1930s World Cups due to a spat with FIFA over the status of amateur players. 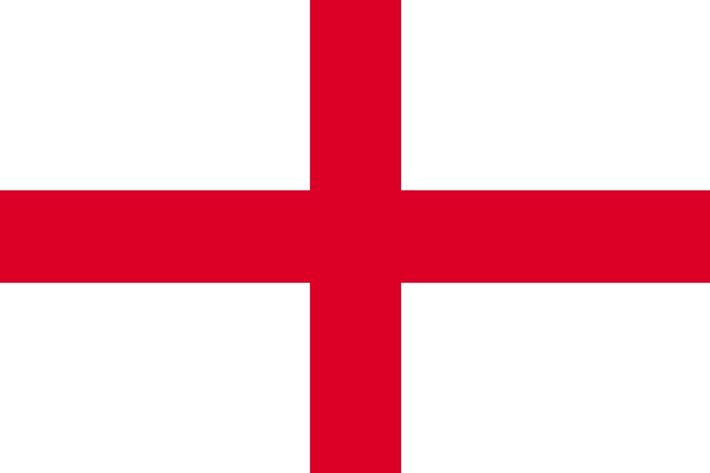 We will start by looking at the strongest of the four home nations, which is unsurprisingly England, who have been very much a regular of the competition since its inception. They have only been missing from three World Cups since becoming a FIFA member, with qualification often not proving too difficult for the Three Lions. Despite their regular appearances though, they have not lifted the trophy since 1966 and truth be told, they have not even come especially close to ending the decades of hurt.

While England, by virtually every measure possible, have the best World Cup record, they are arguably the side that has underperformed the most too. Their population is around 10 times that of Scotland, 17 times as much as Wales, and 29 times that of NI. So often have they entered tournaments with a squad seemingly bursting full of riches, yet performances on the pitch have frequently failed to reflect this. Admittedly, they have seldom been the favourite or even second favourite for a World Cup but rarely would you have to look too far down the betting before you found them.

Despite often being one of the strongest sides in attendance, since their glorious triumph in 1966, England have rather struggled to make their mark on the world’s biggest footballing stage. The best they have managed following their one-time triumph is two fourth-place finishes, the first coming in 1990 and the next in 2018. The former represents England’s second-best World Cup attempt because they were only eliminated on penalties by Germany, who ran out as the eventual winners. The 2018 semi-final loss to Croatia, ranked 18th in the World at the time, on the other hand, felt a little more like a missed opportunity.

Nevertheless, England do deserve praise for both efforts and there have been other times where they have been unfortunate rather than lacklustre. Take the 2006 World Cup for instance, in which Sven-Goran Eriksson’s men only lost out to a useful Portugal side on penalties in the quarter-finals. Had they kept their nerve from 12 yards out who knows what might have happened? Similarly, it was penalties that again saw them eliminated in 1998, this time at the hands of Argentina.

On other occasions though, England have simply been inexcusably below par. Most supporters are old enough to remember the two quite awful efforts in 2010 and 2014. In the former, held in South Africa, Fabio Capello’s men scraped through the group stages, scoring two goals in the process, before being hammered by Germany in the knockouts. Four years later and they did not even manage the last 16 after collecting a mere one point at the group stage under Roy Hodgson. With a squad virtually entirely consisting of Premier League regulars, this was quite the disastrous tournament. 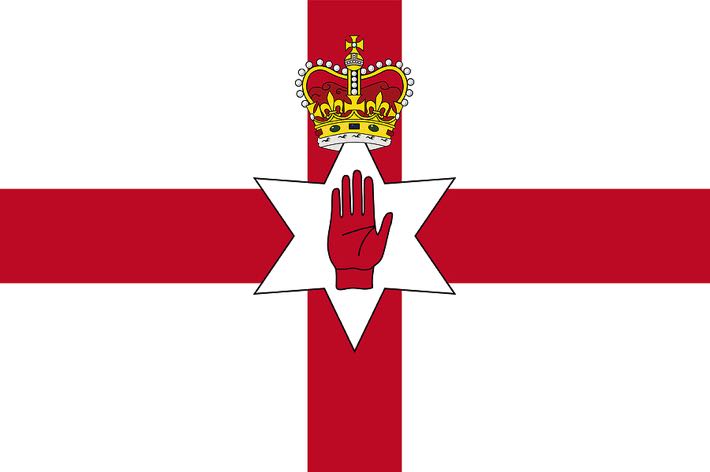 Judging which country has the second-best record was much more difficult than issuing first prize. Both Northern Ireland and Scotland have a credible shout, the latter because they have featured in the World Cup several more times. We have decided to favour quality over quantity here though, thus putting Northern Ireland ahead because they have typically made a better fight of things on the pitch when they have qualified. In addition, of course, Northern Ireland is far smaller in terms of population than Scotland, making their achievements more impressive still.

For a nation that has consistently had fewer than two million inhabitants, it is easy to excuse Northern Ireland’s rare involvement in the World Cup finals. In fact, they have done well to qualify on the three occasions given the tournament’s fiercely competitive nature. Their success in qualifying for the 1958 World Cup is arguably the most impressive given that they had to top a group consisting of Italy and Portugal in order to book their place.

The momentum from a strong qualifying effort in 1958 resulted in the best of Northern Ireland’s three World Cup efforts. A competitive group saw the Green and White Army draw with West Germany, Czechoslovakia and Argentina. After facing all of them, Northern Ireland and Czechoslovakia were level on points, forcing a play-off which the former won after extra time. A clash with France was their reward for progressing to the knockout stages but Les Bleus proved much too powerful, winning 4-0 including two goals from Just Fontaine (who would go on to score an incredible 13 at the tournament).

The 1982 World Cup was also something of a success given that Norn Iron got themselves through the initial group stage and did so by beating hosts Spain in a must-win clash. This ended up being their only victory though as in the second group stage they lost to France and drew with Austria. Four years later and manager Billy Bingham returned with his men for another shot at success. Unfortunately, this attempt ended with something of whimper as Northern Ireland collected just one point from their three games in Guadalajara. In their defence though, they did have both Spain and Brazil in their group. 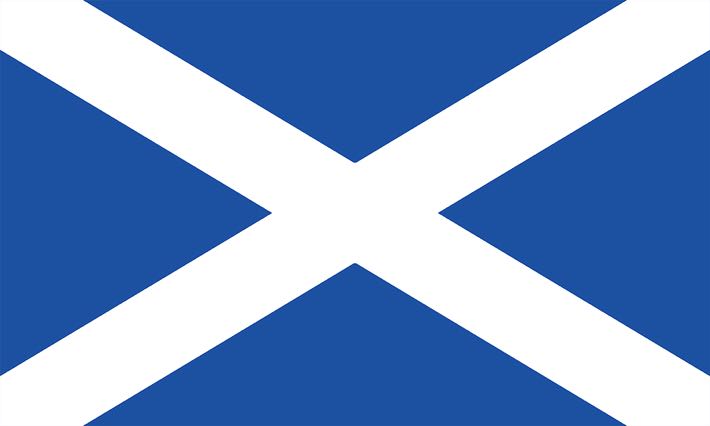 Forced to settle for third place on our list is Scotland, a side who has often shone in qualification but not the tournament itself. They had an excellent period between 1974 and 1990 in which they qualified for five consecutive World Cups but it has been nothing but hurt when it has mattered most.

*Scotland qualified for the 1950 World Cup but declined to participate. The invitation was turned down by George Graham (not the former Arsenal boss), secretary of the Scottish Football Association, because he stated Scotland would only attend as British Champions. A defeat to England in the final qualification group stage game however meant Scotland finished second. This was still good enough to qualify but not good enough for Graham who refused to swallow his pride.

Although there was no clear choice, we marked 1974 as being Scotland’s best ever World Cup on the grounds that they actually went through the tournament unbeaten. A record of one win and two draws was enough to see Sweden in Group 3 progress but it proved insufficient for Scotland in Group 2. This was because the top three teams in the table shared the same number of points. The tie-breaker used for this iteration of the tournament was goal difference, something which Scotland trailed Brazil by one (and Yugoslavia by seven).

Close but not close enough has been a recurring theme for a Scottish side that appear to be under some sort of World Cup curse. In 1978 they raised eyebrows by taking a 3-1 lead against the Netherlands and needed just one more goal to leapfrog the Dutch on goal difference. Their dreams were quickly shattered though as Johnny Rep pulled a goal back just three minutes after Archie Gemmill’s famous solo effort. Goal difference was once again the thorn in the Scottish side in 1982, their overall record of 0 inferior to that of the Soviet Union’s +2.

Perhaps the most gutting group stage of all though came in 1990 as everything seemed to conspire against the Scots. In the final round of group stage matches, things were going swimmingly enough. Scotland were drawing nil-nil with Brazil while Costa Rica, who were also in the hunt for second place, were losing 1-0 to Sweden. With only 15 minutes left to spare though, Scotland conceded, while Costa Rica fired two past the Scandinavians. This was not by itself a disaster as Scotland could still qualify as one of the best third-placed teams if South Korea could fend off Uruguay. As (bad) luck would have it though, the South Americans ended up scoring in the 91st minute with Korea down to 10 men.

Since this rather tragic World Cup, Scotland have only featured in the finals once, in 1998. This was a poor effort, with James Brown’s men getting just one point and scoring two goals. 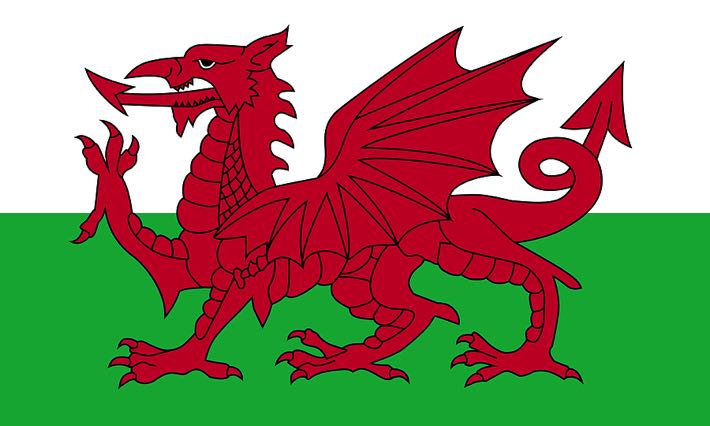 Finding themselves in a deserved last place is Wales. Although they have actually managed to progress one stage further than Scotland has ever managed, having just the sole appearance is not enough to make up for this in our opinion.

Wales were not able to win a single qualifying match in their attempts to make it to the 1950 and 1954 World Cup so it was rather a surprise to see them qualify in 1958. Having fully deserved their place in Sweden though, Wales put in a performance to be proud of. Drawing all three group stage matches put them level on points with Hungary, forcing a ‘winner goes through’ play-off. During the decisive rematch, Wales were able to narrowly secure their first ever World Cup finals victory.

This 2-1 win, with goals coming courtesy of Ivor Allchurch and Terry Medwin is also their most recent World Cup win as defeat to Brazil followed in the quarter-finals. Credit must go to the Welsh for this game though as they only lost to an all-star Brazilian squad 1-0. France and Sweden, who faced Brazil in the semi-final and final respectively both fared much worse, losing 5-2. So, with a more favourable knockout draw, it is not unreasonable to think the Dragons could have made it at least a round further.

UEFA nations are eligible to be drawn against one another in the World Cup group stages so it is perfectly possible for Home Nations to meet early on. This has yet to happen though with none of England, Scotland, Northern Ireland and Wales ever going head-to-head during the finals of a World Cup. If all-time results are anything to go by though, then England are most likely to come out on top should a meeting ever occur, as indicated by the data below.