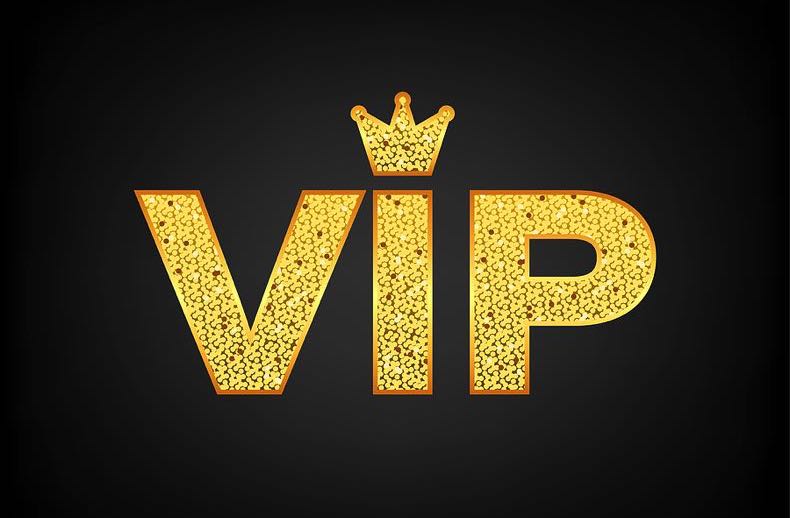 On the face of things, there is nothing particularly controversial about bookmakers running VIP programmes for their most regular players. After all, most VIP schemes simply involve customers having their loyalty rewarded through the odd free bet, a personal contact, occasional competitions and a variety of extra goodies. While this is very much the case within the gambling industry, such schemes have come under fire for targeting some of the most vulnerable of customers and encouraging them to gamble more than they might want to.

By showering some players with gifts, it can end up fuelling an addiction, causing them to lose even more money. As such, the VIP programmes can be something of a trap for some customers. Ultimately, these programmes are largely designed to encourage spending and for people who already bet plenty, this can create problems.

With problem gambling increasingly on the radar of the general public and the government, VIP programmes have found themselves under heavy fire. A complete ban was avoided in 2020 but additional rules were introduced to limit their scope. Further regulations could well be brought in too as regulatory bodies look to ensure that these schemes cannot, whether intentionally or otherwise, exploit vulnerable gamblers.

What Are Bookmaker VIP Schemes? 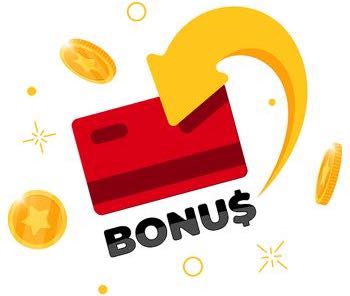 When a player bets large amounts, on a frequent basis, at a particular bookmaker, they will usually qualify for the VIP program in operation there. Not every bookmaker runs a VIP scheme but they are quite common within the industry, whether they are advertised openly or not, especially with the bigger names. They work on an opt-in basis but there is usually no reason not to join given there are no fees to pay and there are plenty of benefits you might receive.

The exact nature of the benefits available will vary, quite significantly at times, by bookmaker, but it can include things such as free bets, free spins, deposit bonuses and cashback. Players will also enjoy a VIP treatment outside of playing whether it is through a VIP account manager, faster pay outs, higher deposit and withdrawal limits, birthday gifts, monthly prize draws or tickets to sporting events.

Sometimes the VIP schemes are tiered so you may not unlock the full set of perks depending on your current spending levels. Generally speaking though, no matter what tier you are on they do tend to be generous. The reason for this is partly because the bookmaker wants to show their most high-spending players that they are valued. By doing so, they are less likely to defect to a competitor who can treat them better. Active and big-spending players are a bookmaker’s most prized asset so it makes sense they would pull out all the stops to keep them happy.

What these schemes also do, however, is encourage further betting in many cases. You could of course simply bet your normal amounts and take the benefits when they come, but in reality this often does not happen. Instead, people target these bonuses and freebies and end up spending more than they would otherwise. Once a bookie gets people onto the website or the app through these perks, they then have an opportunity of them betting real money and gambling more than they want in order to rise up the tiers of the VIP scheme.

Response to a Growing Problem 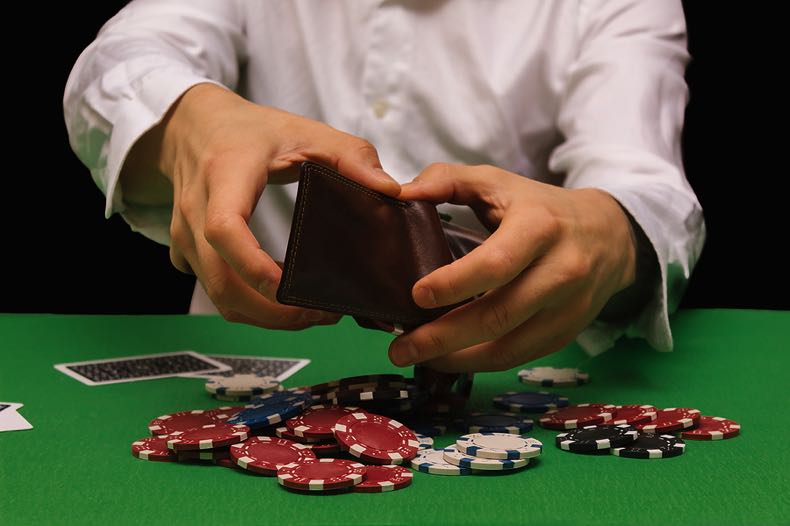 Now that you can see the potential for exploitation in VIP schemes, it should be little surprise that many people have fallen victim to them. A BBC article published in early 2018 spoke to two people who had been part of VIP clubs. One stated “I felt groomed, I felt that they (the bookmakers) were almost a family to me.” And, that with all these perks he would access his account over 100 times a day. For him, there was a sense of obligation and a pressure not to let his ‘family’ down.

The other quoted source demonstrated the pitfalls of these ostensibly generous bonuses. Thanks to a VIP bonus at his bookmaker, he would often find himself in a situation where if he bet an extra £300, he would reach the threshold to receive a £500 bonus (not a cash bonus). The former 888 customer also added that “As a VIP member, I did feel very exclusive, and I felt I had to carry on proving my VIP status, weirdly.”

Up to this point, VIP schemes had not faced too much scrutiny or heavy levels of policing. When recognising the issues they were causing though, the United Kingdom Gambling Commission (UKGC) decided to take action in 2018. They stressed that “safeguarding consumers is not optional and rewarding customer loyalty through VIP programmes must not be at the risk of gambling-related harm”. Failure to follow this guidance would result in a fine and indeed, after this statement, more and more bookmakers were hit with hefty penalties.

The UKGC are not alone in fighting exploitative VIP schemes either, the Committees of Advertising Practice stated that from 2nd April 2018 that they would “restrict ads that create an “inappropriate” sense of urgency, such as those that include “bet now” messages during live events or encourage repetitive play”. 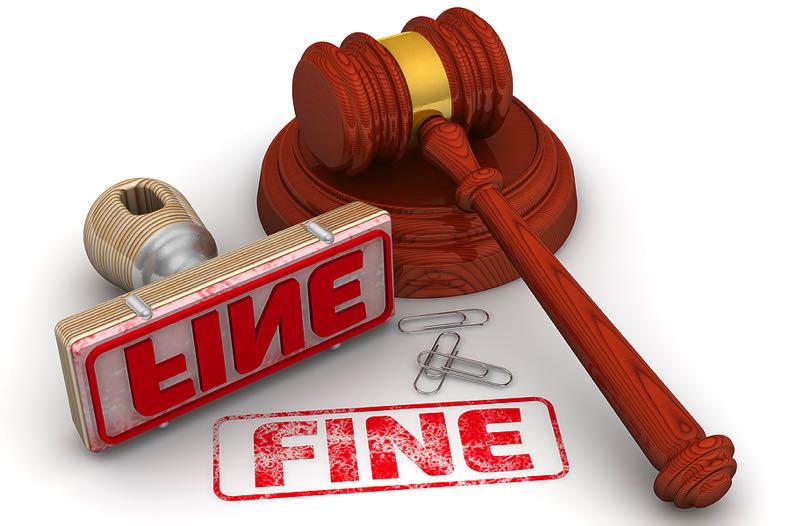 As we approached the end of the decade, it did seem that the UKGC was clamping down on careless VIP schemes more than before. Caesars Entertainment was fined a record-breaking £13m in 2020 for their failures regarding social responsibility, with several case involving VIP customers. Betway also faced a £11.6m bill the month prior after accepting stolen money from VIP players, “some of whom were displaying clear signs of gambling addiction.”

These are not isolated incidents either as similar stories are available in decent supply if you take a look around. 32Red were slapped with a £2m penalty for giving VIP status to a known problem gambler who ended up depositing a massive £758,000. In one instance, the UKGC forced one firm, PT Entertainment Services, to close after their failings regarding one customer.

Affordability and anti-laundering checks were not carried out as they handed the 25-year-old customer VIP status. Having racked up large debts, the customer ended up committing suicide. PTES were set for a £3.5m fine but this was not enforced as they surrendered their gambling licence when the investigation was taking place.

Finally, one interesting case in 2018 shows how wary bookmakers are of the hefty punishments that can come their way from the UKGC. Ladbrokes handed out £1m to the victims of one of their customers after it emerged the customer was gambling with stolen funds. The company had showered this high-spending customer with VIP perks, such as free tickets to sporting events, but his habit was funded by money stolen from innocent third parties.

After five of his victims made a complaint against Ladbrokes for accepting stolen funds, the bookmaker agreed to pay them a combined sum of £975,000. This hush money payment was almost certainly less than any UKGC fine would have been had the complaints ended up on their desk.

Problems Remain Despite Some Progress

Despite the UKGC’s tough stance on known-rule breaches, it was shown in 2020 that gambling still has a heavily reliance on its ‘VIP’ players. In the case of one bookmaker, they took 83% of their deposits from just 2% of players. This worryingly high level of dependency triggered an investigation from the UKGC into whether such schemes need banning all-together.

Because of this unhealthy reliance, VIP schemes were a contributing factor in 7 out of 10 regulatory penalties issued to bookmakers. The following graphic, produced by The Guardian newspaper, using UKGC data, highlights just how dependent a number of different bookmakers are on their VIP players. The UKGC kept the names of these bookmakers anonymous but it’s clear from the data that it is an industry wide issue. 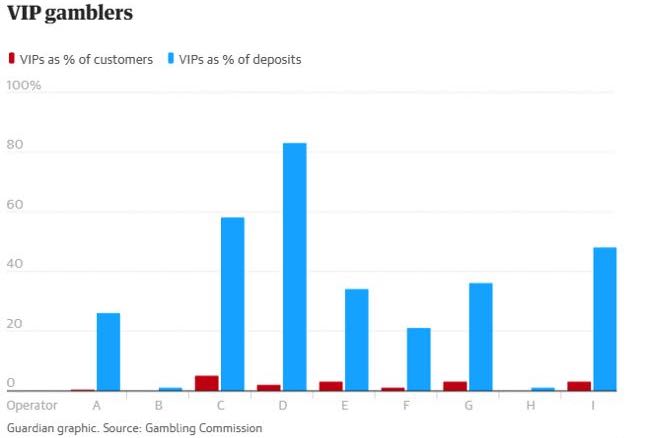 Following a freedom of information request, the Guardian also unearthed that part of the UKGC’s report stated that VIP gamblers are more likely to have a gambling addiction. The commissions themselves believed that of the 47,000 VIP gamblers at the time, 8% were thought to be ‘problem’ gamblers. For the general population, the figure stood at less than 1%. No number was provided for the percentage of players considered ‘at risk’ but it is safe to assume it would also have been much larger than the average.

You might be wondering how the situation has gotten this bad given that the UKGC is seen as one of the toughest regulators in the industry. The National Audit Office argued in February 2020 that the gambling regulator is simply too underfunded to protect players properly. The betting industry was worth £11.3bn in 2013 but the UKGC receives just £19m in funding. With so little money at their disposal, the National Audit Office concluded that the UKGC were “unlikely to be fully effective in addressing risks and harms to consumers within the current arrangements”. 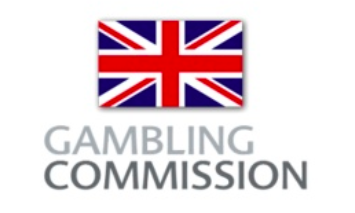 In September 2020, the UKGC released a major announcement regarding bookmakers’ VIP programmes. They did not go as far as introducing an outright ban but did impose some new rules that would reduce the risk of a potential problem customer running into further difficulties. One key change, which came into play from 31st October 2020, was that a senior executive with a personal management licence would need to be personally liable for any VIP scheme.

The new rules also dictated that all VIP schemes must:

UKGC chief executive, Neil McArthur, warned the industry that they were on their last warning regarding VIP schemes. If bookies can show they can responsibly run special programmes for big-money players they will be allowed to continue. Failure to do so however will most likely result in the outright ban of VIP schemes.

McArthur did also note that there had been some evidence of progress following their previous crackdown. The number of new customers signed up to VIP schemes had dropped 70% so it seems that the industry was carrying out more checks before sending out invitations. Still, their efforts were not yet enough, hence the need for these new rules following a thorough two-month consultation period.

It is largely in the bookmakers’ hands if under-fire VIP schemes are going to survive. In theory, there is little reason why, with strict vulnerability and affordability checks in place, VIP schemes cannot exist. A considerable chunk of VIP players are neither problem gamblers nor considered ‘at risk’ so providing these players with extras poses few issues. This is, of course, providing they pass anti-money laundering checks.

The problem has always been though with problem gamblers having their addictions made worse through VIP schemes. If bookmakers can ensure these players are kept out of such programmes, and directed to the help they need, then VIP schemes should largely stay out of the firing line.

Some level of opposition will remain though, even in the absence of any real bad press and this could eventually prove telling. When announcing the new regulations in 2020, not everyone was impressed with them. Liz Ritchie of the Gambling With Lives charity called the new rules “weak and vague” and said they would allow gambling companies to easy bypass them.

Labour MP, Carolyn Harris, was also critical of the measures, stating that they were “indicative of the close relationship between the industry and the Gambling Commission.” Even without the industry letting itself down again, these opposition forces are likely to grow louder over time. There have been a lot of people hurt by these VIP schemes and there are a growing number of charities looking to place further restrictions on the gambling industry. Our verdict would be that VIP scheme are running something of a charmed life and they will be one of the first things to go should pressure to act increase.