The dwindling popularity of dog racing in recent years has been well documented, as have the subsequent track closures. The coronavirus pandemic only helped to accelerate the sport’s struggles with the likes of Poole, Belle Vue and Peterborough all shutting their doors for good in 2020. Having had around 100 courses in its post-WW2 heyday, the greyhound racing scene has been in something of a non-stop decline since then.

In a quite surprising turn of events though, we actually have a re-opening to report on, as opposed to a closure. A rare piece of positive news in the sport! In this century, seeing a new track emerge is a huge rarity given the decreasing interest in the sport. Towcester Greyhound Stadium, built in 2014 inside Towcester Racecourse, was the first new track to open since 1995. Although the Towcester Racecourse Company went into administration just four years later, this did not derail plans for greyhound racing to return to Oxford.

When Did Racing Last Take Place at Oxford? 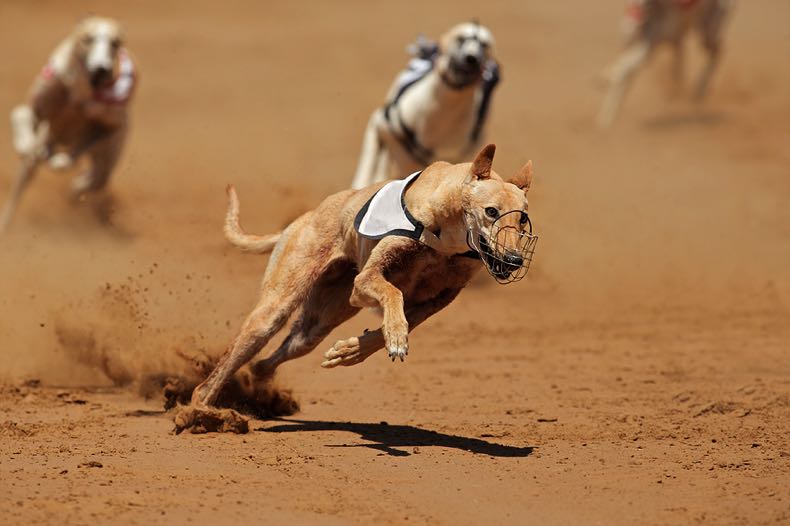 Oxford Stadium was built in 1939 but it underwent major renovation work in 1986 and an expansion 14 years later. It was located on the site of a former ‘flapping’ course, a place where owners could give their dogs practice in a non-regulated environment. Oxford Stadium, however, was a venue for licensed racing and it proved a great place for it. Historically, the stadium hosted racing on Tuesday, Thursday and Saturday evenings while there were plenty instances of Friday and Sunday racing too.

Moving into the 21st century and Oxford seemed to be going strongly, especially after the multi-million pound extension work carried out by new owners, the GRA (Greyhound Racing Association) in 2000. The stadium had such a pull in fact that it was not too unusual to see celebrities in attendance, with Vinnie Jones and Geordie duo Ant and Dec among those spotted at the venue. In 2001, Oxford even got to become the new hosts of one of the classic greyhound races, the Cesarewitch, which was broadcast live on Sky Sports.

For all the good feeling enjoyed early in the new millennium though, it would not be long before the situation changed. In November 2012, it was announced that Oxford Stadium would only continue running until the scheduled meeting on 29th December. Explaining the decision, GRA managing director Clive Feltham stated the stadium could no longer be profitable having lost the Friday afternoon BAGS (Bookmakers Afternoon Greyhound Service) fixture, which was reportedly worth £500,000 a year.

The reason BAGS did not renew their contract with Oxford was because it seemed only a matter of time before the site would be demolished to make way for housing. Indeed, the GRA themselves was purchased by Risk Capital Partners in 2012, in partnership with Galliard Homes. Oxford Stadium was not the only site the GRA owned but the main plan, despite opposition from local councils, was to demolition all sites to make way for new houses.

Oxford’s short-notice closure went ahead as scheduled with a capacity crowd attending the farewell fixture. That seemed like the end for dog racing in the city and for a good while there was not even the sniff of a return.

Nothing much. Oxford Stadium was just left there, unoccupied, while the council tried to figure out what to do with it. Galliard Homes were keen to change this situation as their burning desire was to demolish the site, allowing them to build new houses. An application to build 220 homes on the land was unanimously rejected by the council however. There were not only issues with the type of proposed houses being built but also the demotion of the stadium itself. The council’s report stated that any housing development “would result in the loss of a community facility and heritage asset of local significance”.

The decision to deny Galliard Homes their wish was certainly not an unpopular one among the public as many locals had long opposed such plans. Sensing little possibility for change moving forward, GRA Acquisition put the stadium up for sale, quickly receiving a number of bids. Although the exact number of bids was not disclosed, one came from London-based estate agent and greyhound owner Robert Brinkley and another from Oxfordshire landowner Robert Tyrrell. In the meantime, GRA did launch a judicial review against the council’s decision to designate the stadium as a conservation area but this was shot down by a High Court judge.

With the council apparently determined to preserve the stadium, at least in some form, it did seem that the return of racing looked a real possibility. Sparing the venue was something many local Oxford residents wanted as it was home to many different sporting activities, but some were not keen on racing’s return. A council review conducted in 2019 though found that as both greyhound racing and speedway (closed in 2007) could be profitable, any future owner would need to revive both of these.

The council’s ‘Local Plan’ did add, however, that if this did not prove to be possible, then the stadium could be knocked down for housing. Given one chance of redemption, it was looking like businessman Nik Budimir would be the man to deliver it. He was close to submitting an offer in 2020 which would have seen the return of greyhound racing, speedway plus extras such as a dance school and boxing club, all things that would benefit the local communty.

The aforementioned deal never materialised but the following year one did and it was Kevin Boothby who was involved. As the managing director of Towcester Racecourse and Henlow Greyhound Stadium, he has plenty of relevant experience in the industry. The greyhound enthusiast secured a 10-year lease from Galliard Homes in the summer of 2021 with the view to re-open the stadium by the end of the year.

A confident Boothby told the press that the stadium had never lost money when operating so he was confident of a long-standing return. He also criticised the previous owners who he alleged stripped the stadium to the bones and refused to invest in the facilities. At the time, it was estimated the return of Oxford Stadium would create around 150 jobs. This part of the new deal was met with a positive reception but the return of dog racing itself created a more divided response.

Animal welfare activists were one group disappointed at having greyhounds back in the area. Supporters of the ‘Save Oxford Stadium’ campaign, however, were in a rather more jubilant mood, with their years of effort having finally paid off. Only time will tell if Boothby can make a success of dog racing at Oxford Stadium but it is certainly possible given his experience and expertise. In addition, the fact that it will not be reliant solely on greyhound income is a major plus.

Another revenue stream for the stadium is the speedway track. Although this is not the main priority, a clear second to greyhound racing, stadium manager David Lestrade did reveal in August 2021 that the plan was to have speedway back the following year. It was a significant announcement given that speedway was last staged on Sandy Lane on October 26, 2007.

Back to the greyhounds though and Boothby expressed that his aim was to have racing on a Friday and Saturday night. By picking these popular times, he believes that the stadium can regularly attract a sell-out crowd. To help ensure this is the case, around £1m in investment was allocated to making improvements to the stadium before its grand reopening.

Oxford Stadium originally lasted 73 years in business but it is difficult to say how long it will last at the second attempt. Should it prove to be a success story then it is possible it could be a catalyst for a few more new greyhound stadiums across the country. There is often talk of the younger generation being happier to spend their money on experiences rather than material goods; could greyhound racing cash in on that? Time will tell but we certainly seem set to see it return at Oxford in 2021.